Winter Stations is officially back for its 9th year, and has just revealed the five winning designs selected from hundreds of submissions worldwide.

Launched back in 2014, Winter Stations invites the international design and art community to reimagine the lifeguard stations along Toronto's east end beaches for the winter season.

This year's theme for the competition is Radiance, and designers were asked to celebrate their growth, inner strength, and freedom in defining what the term means to them.

This year's competition will transform the lifeguard stations at Toronto's Woodbine Beach, with plans for five exhibited stations and one digital contribution.

Two winning stations, CONRAD and (the)Home will anchor a satellite exhibit in Mississauga, before moving to Sir Casmir Gzowski Park in the spring. 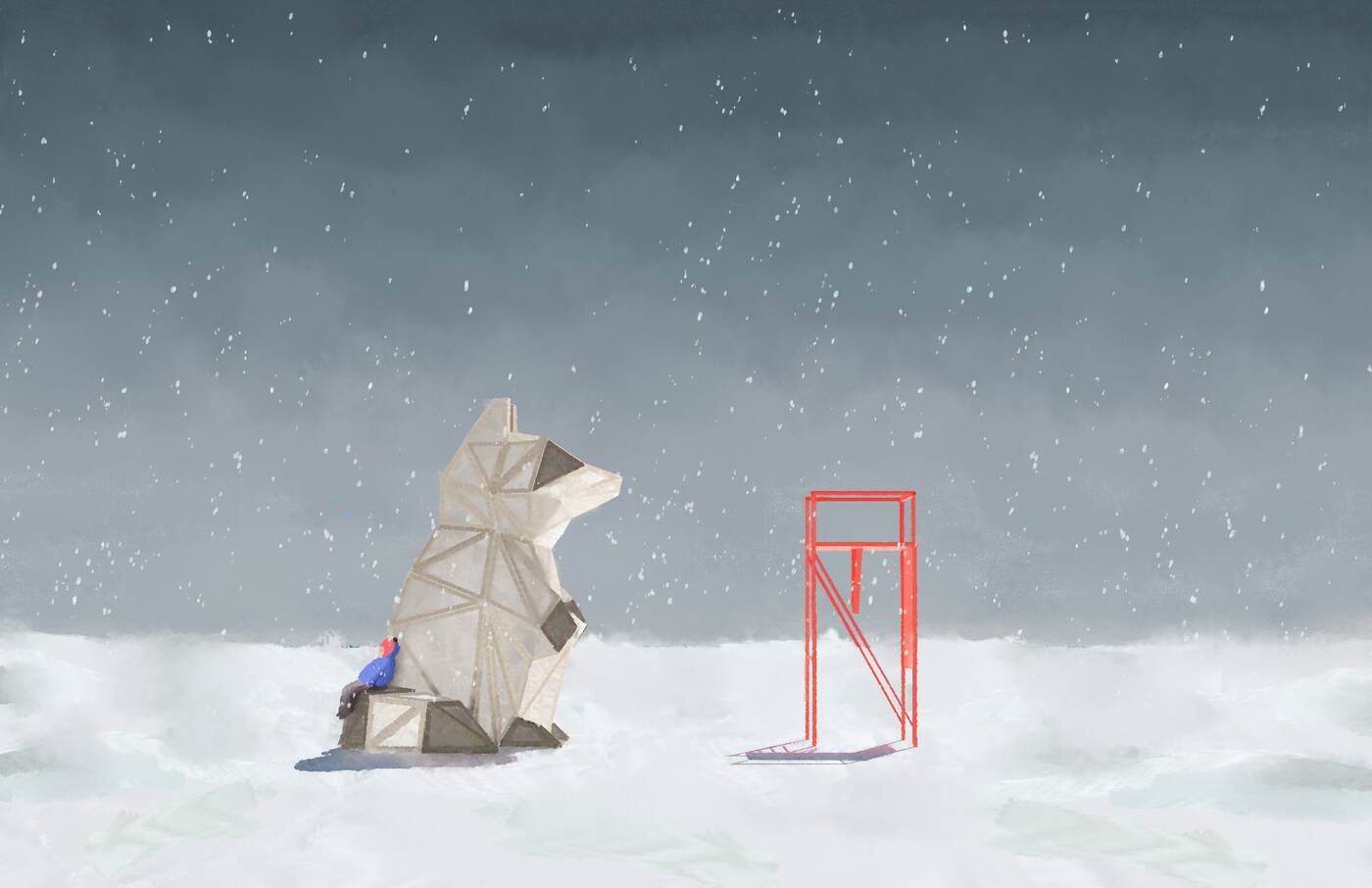 CONRAD by Novak Djogo and Daniel Joshua Vanderhorst is a monument dedicated to Conrad, a Toronto raccoon that went viral on social media after his death on the corner of Yonge and Church in 2015.

The viral moment began on July 9, when one Toronto resident came across a lifeless raccoon on the sidewalk just after 9 a.m. After the city's animal services failed to show up for a few hours, a make-shift memorial began to take shape at Conrad's deathbed.

The memorial grew to include a framed picture of a raccoon, several colourful bouquets, handwritten cards, and even a donation box. By dusk, the memorial had grown to a candelight vigil.

Conrad was finally picked up by city staff around 11 p.m., leaving over 14 hours for concerned residents to fall in love with the perished animal.

"And though Conrad was just a racoon, he was human enough to inspire compassion and warmth in the hearts of people across the GTA," reads a description of the installation. 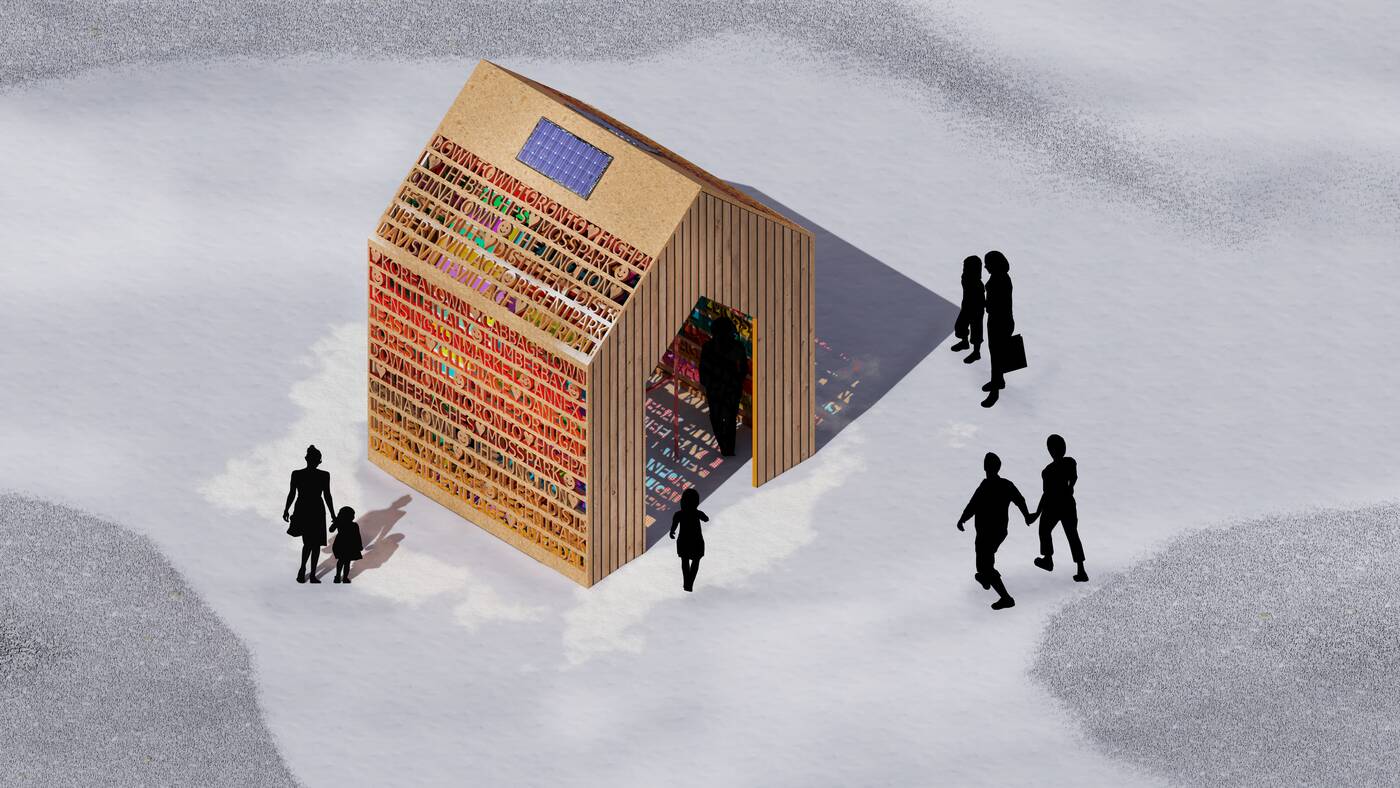 the(Home) by Scott Shields Architects is a simple shapped pavilion with carved bright-coloured walls to offer you a changing experience throughout day and night.

"We imagine the best manifestation of this year's theme of radiance in a simple definition of 'Home,'" reads a description of the installation.

The red lifeguard tower stands in the centre of the pavilion, resembling a person at their homeplace. 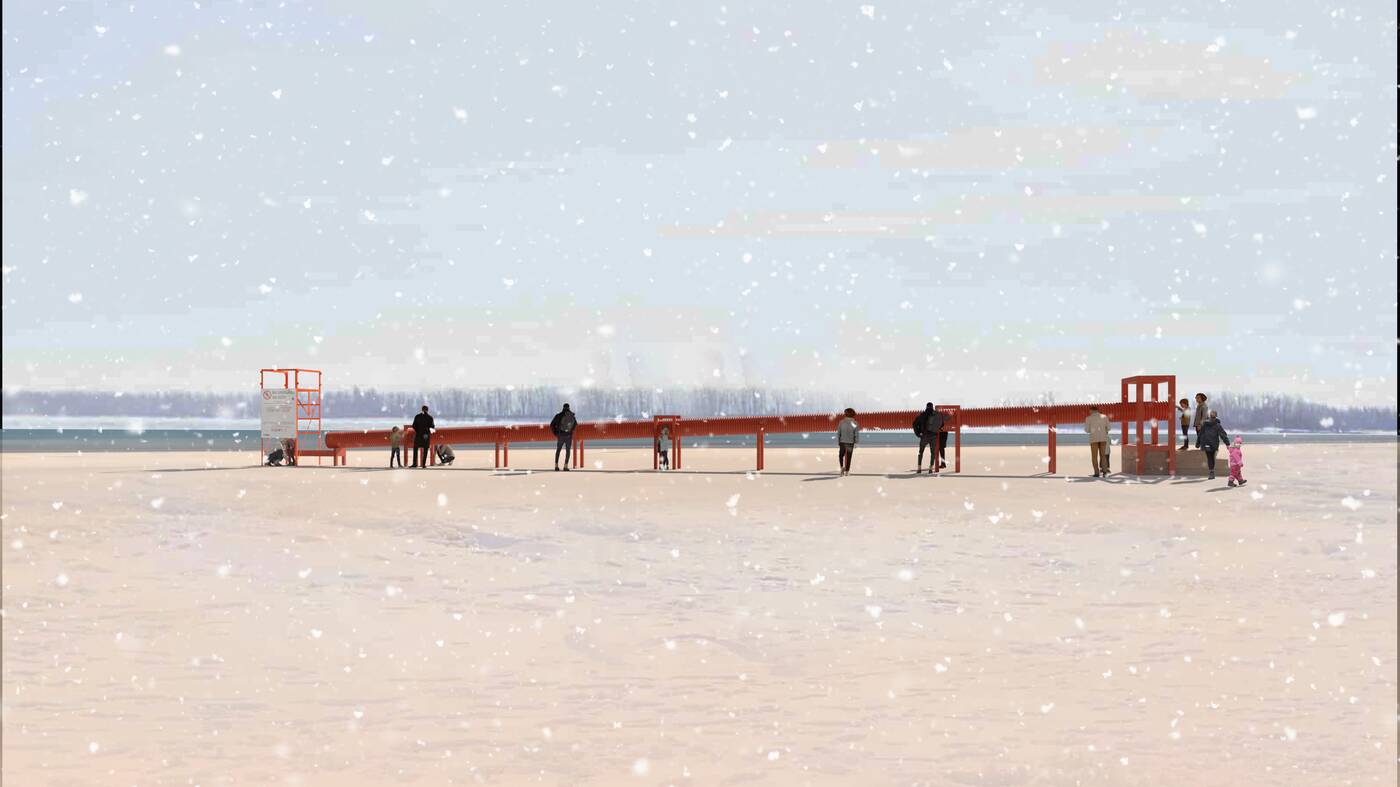 Up next is LIFE LINE by WeatherstonBruer Associates. The installation proposes an interactive station that materializes the transfer of joy through a shared, auditory experience.

The installation references the built infrastructure of the waterfront, the linear landscape of the beach, and the distant horizon line.

This station invites you to place a ball at the top of the tube and send it rolling through a series of wind chimes, creating a soundscape for everyone to enjoy. 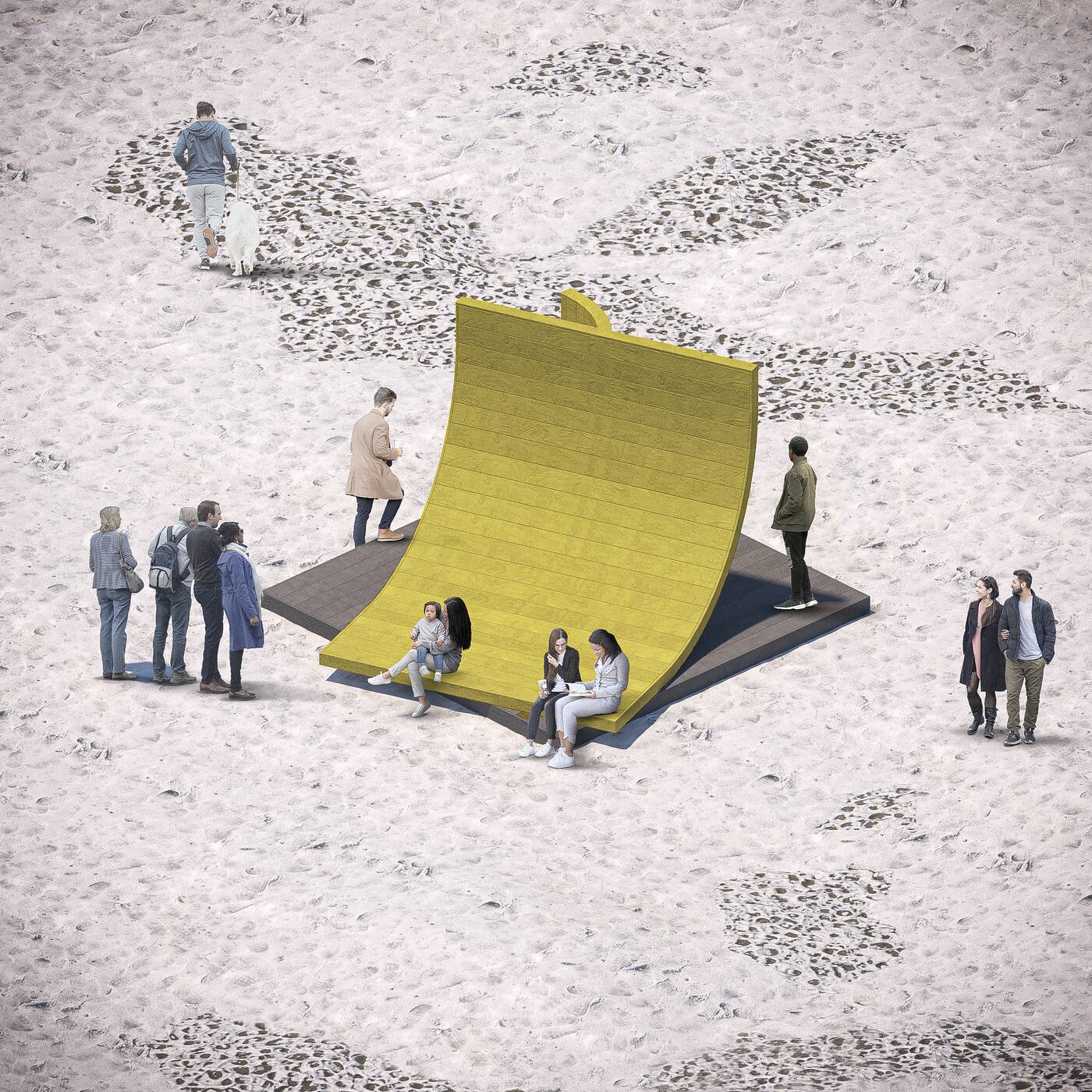 3 Surfaces Pavilion is an installation by S-AR, a Mexican design team.

You can gather inside, stand, sit, or lie on the three surfaces of this installation that call to be inhabited in different ways.

The pavilion was made of modular metal frames that are covered with wooden boards, and reinforced with bright yellow paint. 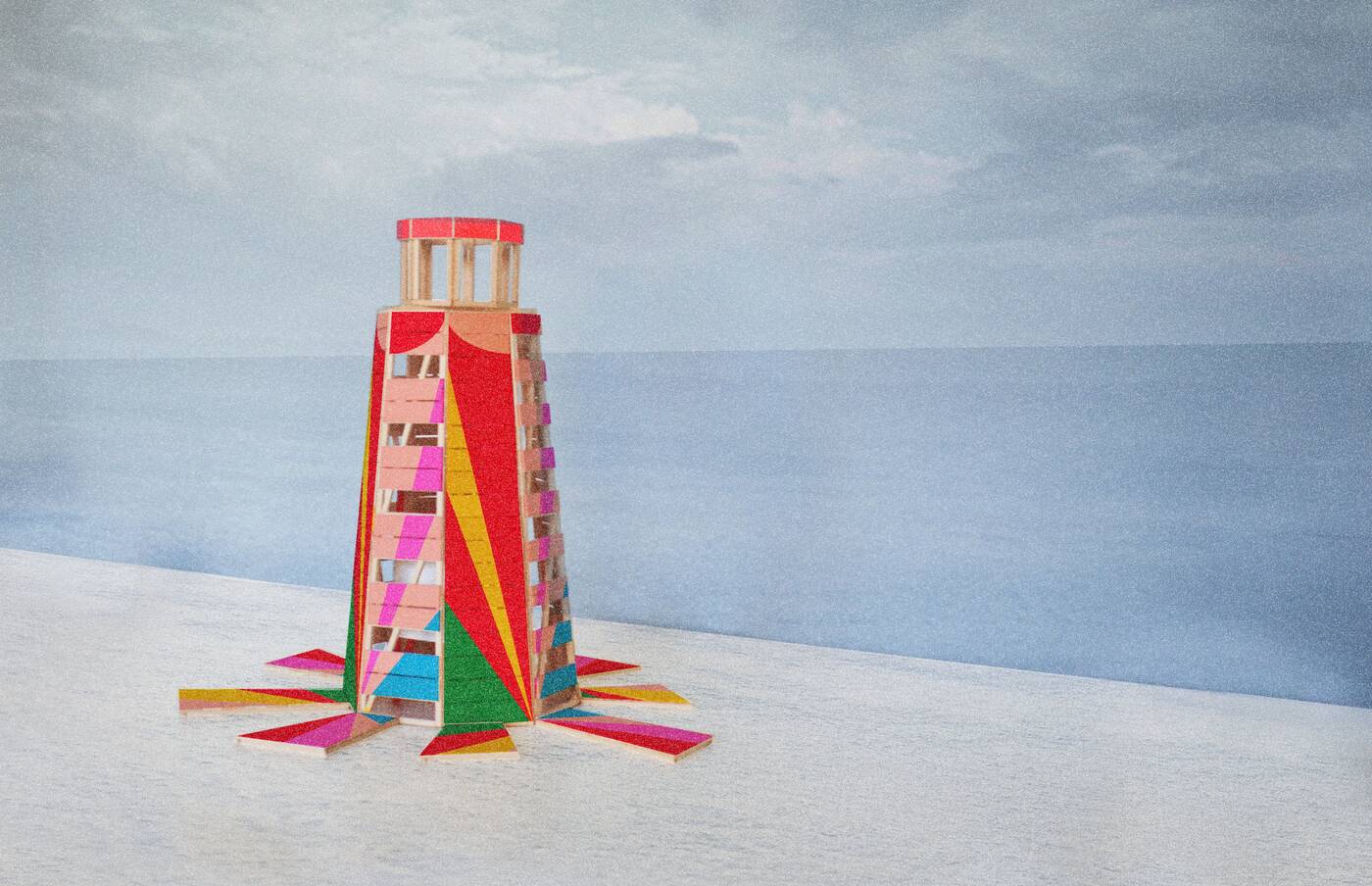 delighthouse by Nick Green and Greig Pirrie from the U.K. is inspired by lighthouses in coastal settings across Canada and the world.

While traditional lighthouses are seen as warnings, this installation is a "welcoming beacon of hope, fun, energy and pride."

delighthouse's colorful patterns guide you to approach the structure, which is in sharp contrast to the bleak winter landscape. 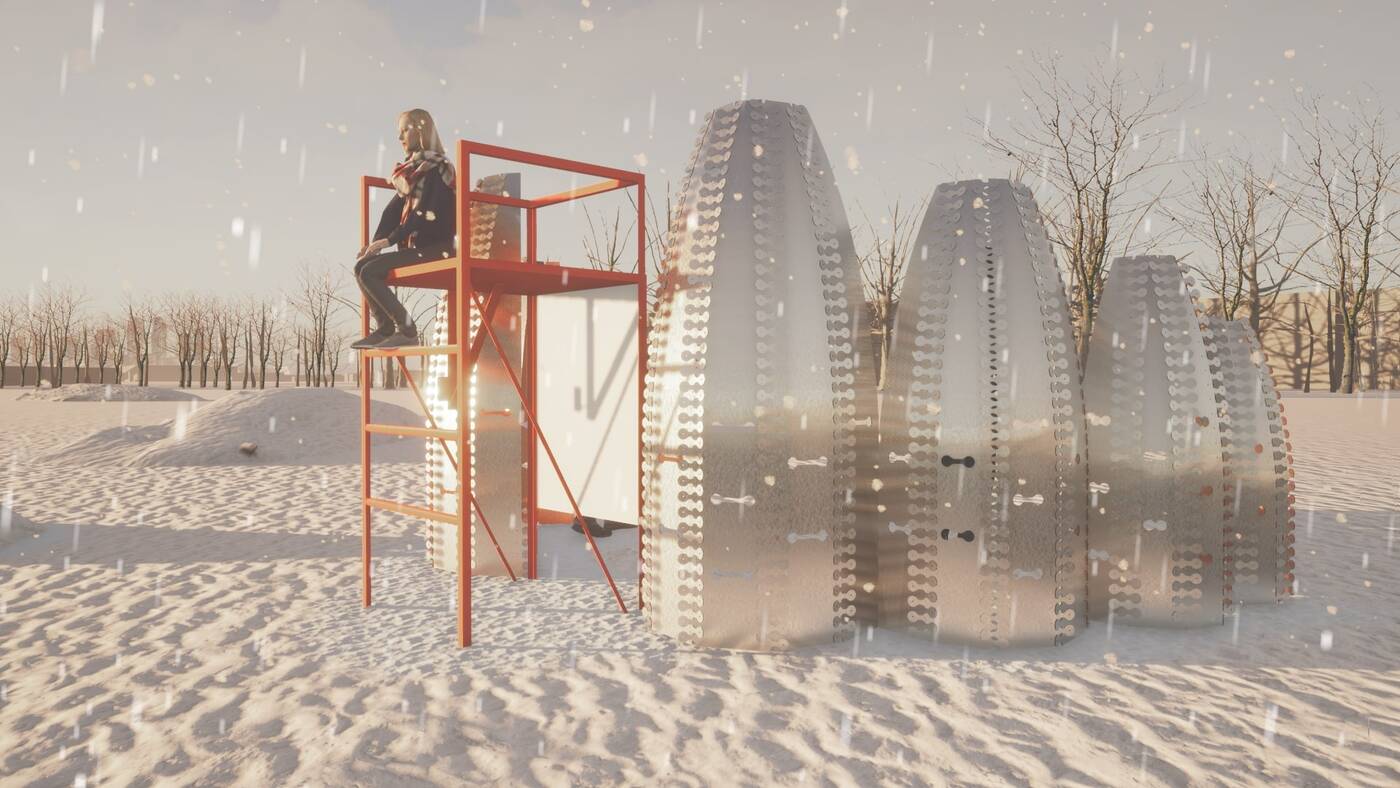 Ripple Hut is an installation by a design team at the Toronto Metropolitan University's Department of Architectural Science.

The installation emulates the form of aggregated canoes and offers an alternative approach to the beauty and craft of canoe fabrication.

Small apertures in the framework of the pavilion allow you to see framed views of the environment while the shells work to protect you from the harsh winter air. 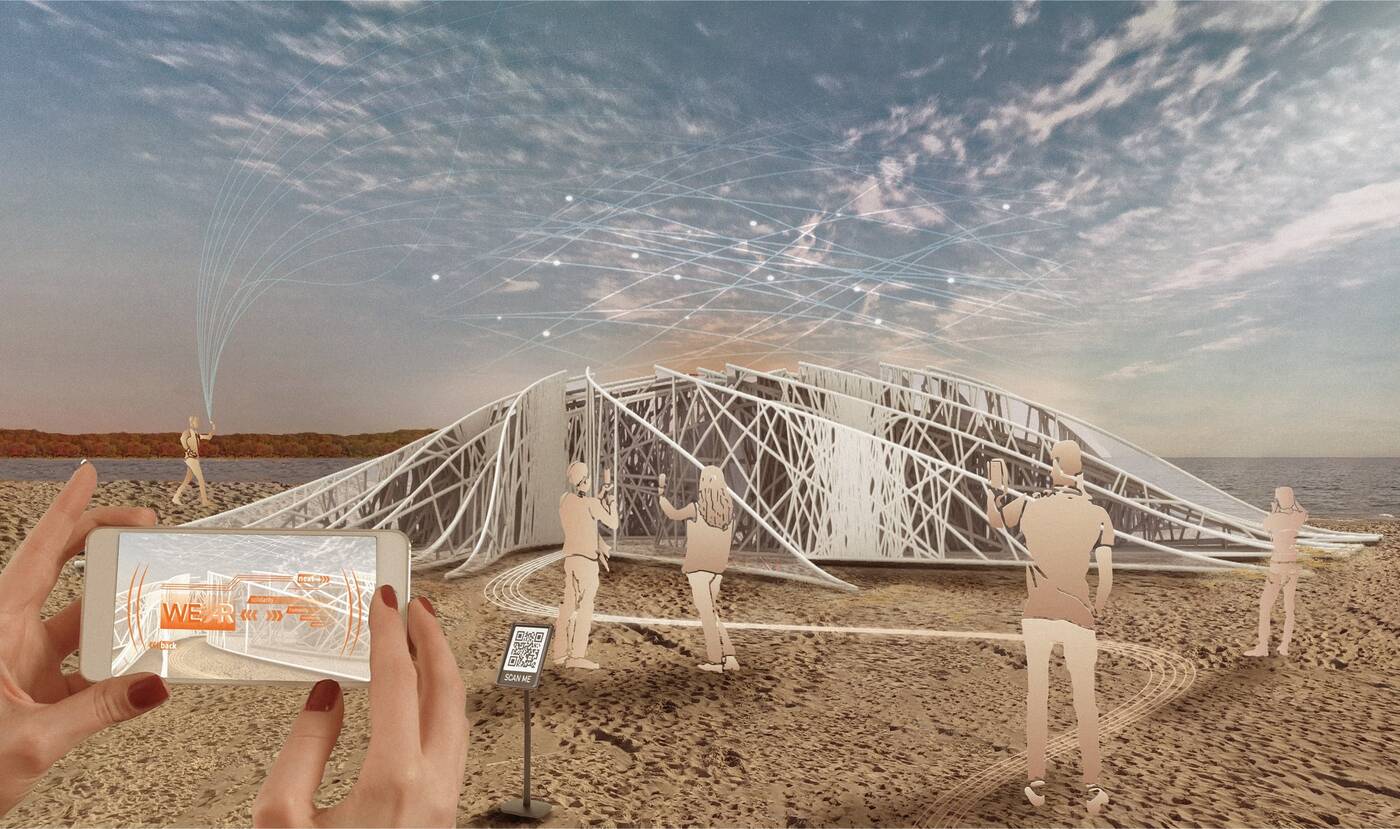 We[AR] was designed by a team at the University of Guelph's School of Environmental Design & Rural Development.

The interactive virtual installation exemplifies the power of unity in face of societal crises, and stands for the worldwide movement of solidarity.

The installation also encourages connection and invites you to explore the structure at your own pace, while striking up conversations with other visitors. 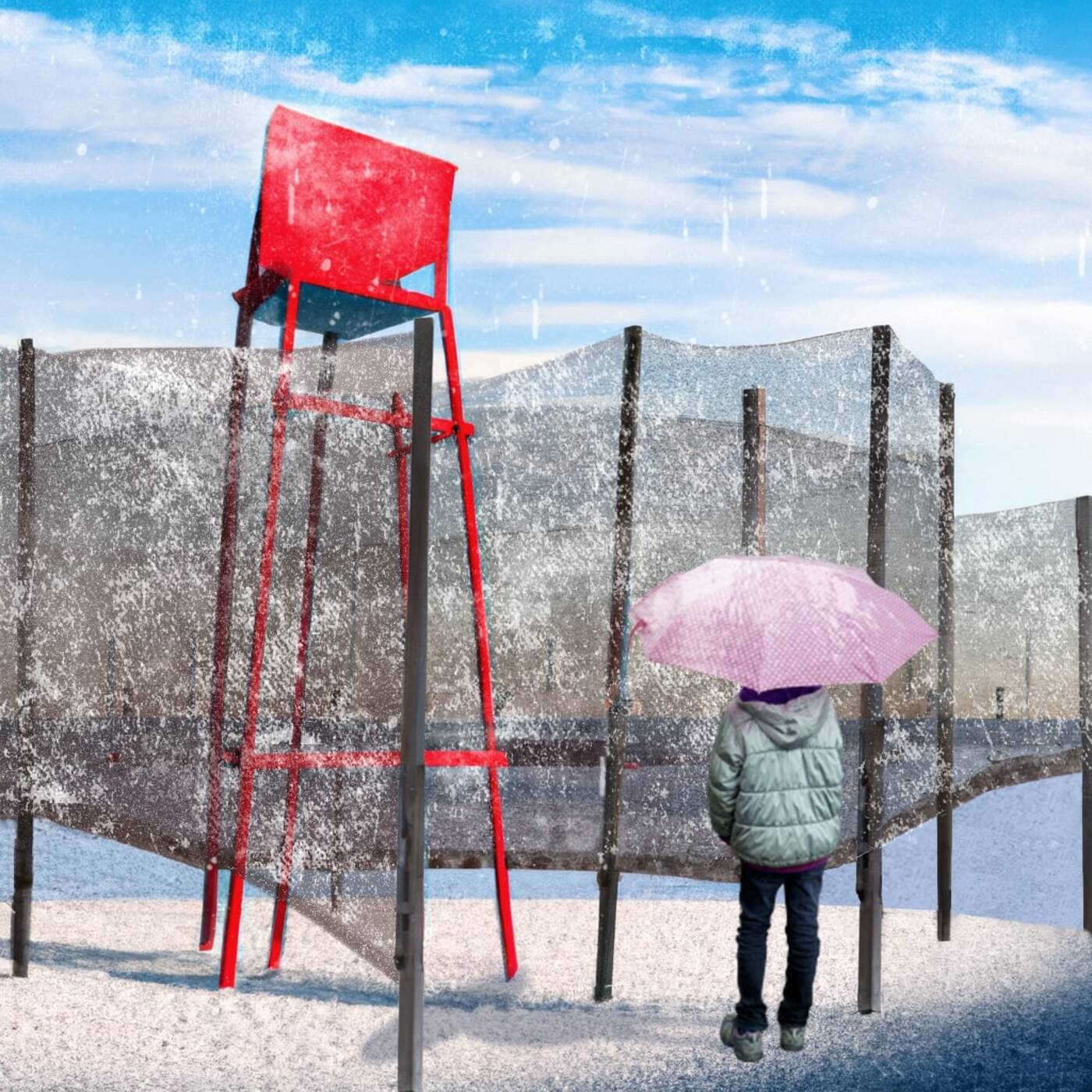 Winter-net is an installation by a design team at the University of Waterloo's Department of Architecture.

The installation looks to utilize snow's ability to stick to porous surfaces as an ink for creative expression.

Radiating from a central lifeguard stand, a series of layered nets are woven between a structure of wooden posts. These nets filter and catch snow and sand over time as they are carried along by the wind.

The accumulation of the snow inhibits light filtration and creates distinct shadows.

The 2023 Winter Stations will launch on Feb. 20, and will be on display until the end of March with plans for more exhibits in the spring.