A much-loved painted art piece in a popular Toronto park brings joy to those who pass walk by it - but the city continues to waste precious resources and money to remove it each time it springs up.

Meet the Grange Park labyrinth, a wonderful piece of art painted on the trail surrounding the park near Queen and McCaul.

Usually painted in white or blue, the circular attraction is a hit with the children of the park who find it a delight to waltz through the twisty-turns.

Local users constantly repaint a meditation labyrinth on the footpath at Grange Park and the city remove it.
The city doesn’t fix the broken fountain though.

It can also be used as a form of walking meditation, recommended to quiet the mind and calm stresses.

Nothing about the labyrinth is ostentatious, jarring or ugly.

In its basic form it's a piece of free art and activity - doing no harm to anybody or thing.

Toronto doesn’t have the money to get water fountains going in a timely way but will send workers again and again to erase the labyrinth people paint in Grange Pk pic.twitter.com/Bov94U8d4Y

But for some reason the City of Toronto has picked the labyrinth as its archenemy and wastes no time or money in clearing out from the park.

Hard to imagine a more futile use of resources than the city of Toronto hiring a contractor again and again and again to erase the Grange Pk labyrinth, only have someone repaint it. #sisyphusTO pic.twitter.com/NiVue9zv3p

The City persistently uses independent contractors to tape of the section of the park and power-wash the labyrinth away, to the dismay of local residents

Why go to the lengths of taking staff away from other important projects to remove something that is so wholesome and positive?

Many have pointed out that the city fails to open public washrooms or water fountains on a timely schedule or update equipment - but can still find room in the budget for powerwashers.

Just take a look at Twitter and you'll see people declaring their shock for the city's constant battle with the labyrinth.

But, as quickly as the city works to remove it, the elusive labyrinth designer comes back to paint a new one, driving the city's park staff up the wall.

When I visited the park the labyrinth had been recently removed but its outline was still visible, meaning the artist just had to trace its lines and voila! - labyrinth rebirth. 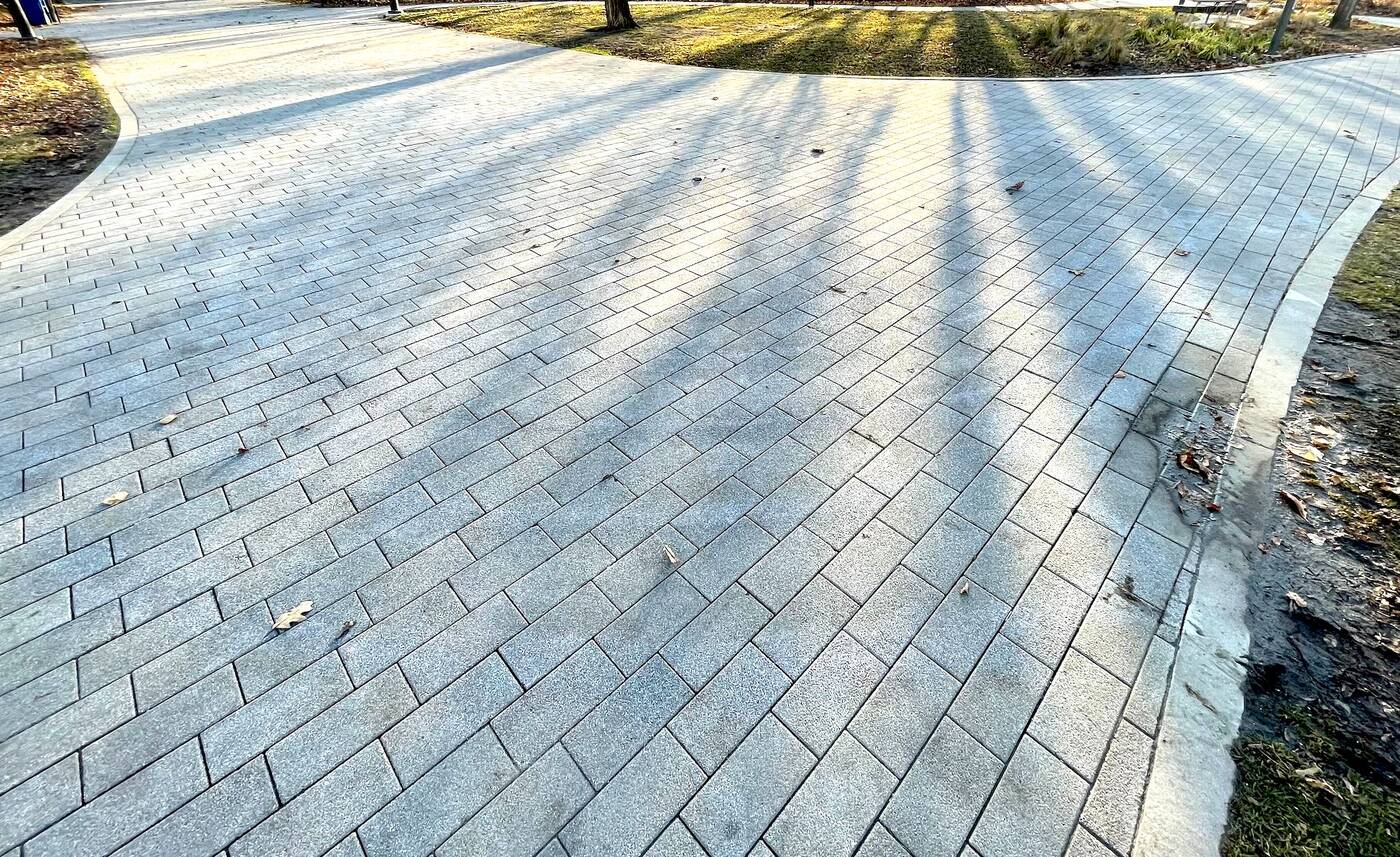 Lines of the recently washed away labyrinth can still be seen and are easily traceable. Photo by Sabrina Gamrot.

I'm frustrated that the city has money to remove a fun, kid-appreciated labyrinth in Grange park, but not to do important maintenance. #TOpoli pic.twitter.com/Bm45YgDtNy

"Unsolicited paint is removed from park spaces for a number of reasons, including safety considerations when wading pools are painted without the use of anti-slip paint, graffiti removal, to prevent damage, or as part of general clean-up work," said the city - though the there are no wading pools at Grange Park.

But as long as the labyrinth or other art pieces are created in chalk, it seems the city has no problem.

"When art, such as labyrinths, are drawn in park spaces with the use of chalk, these are not generally removed as it washes away when it rains," they said.

If the mysterious artist is reading this, the city says they are
"happy to discuss" potential opportunities for public art programs like StreetARToronto or the Outdoor Mural and Street Art Program.

How long will this frivolous battle gone on? It seems neither side is letting up.