If your dream vehicle is a robot-in-disguise that can't actually go into robot mode, but does have cool shag carpet pods, mannnnn have I got a Facebook Marketplace listing for you.

A heavily-modified white 2003 Chevrolet Avalanche was listed on FB's own version of Kijiji four days ago for an asking price of $45,000. 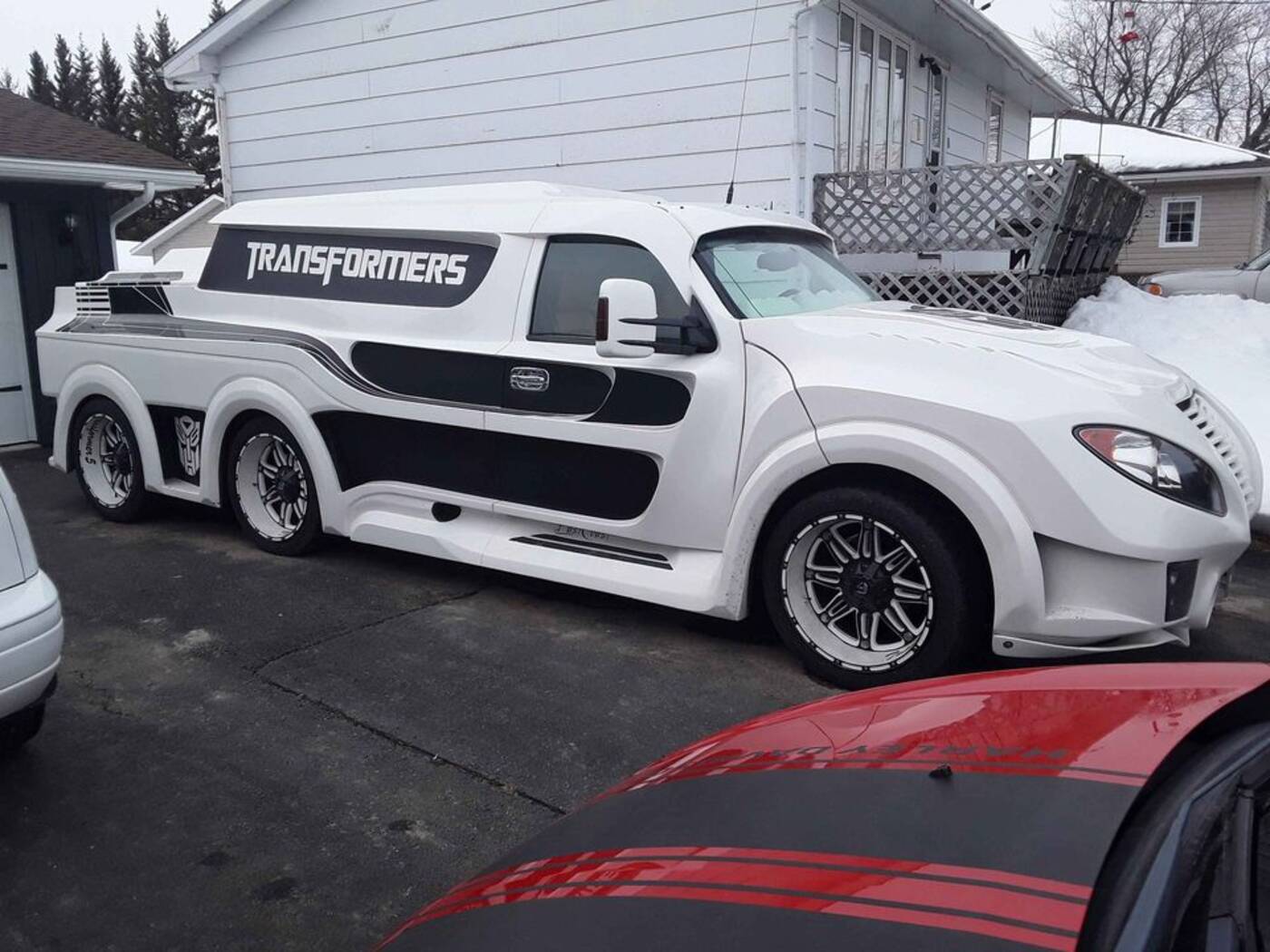 The seller, located in Toronto, describes this unique vehicle as a "fully customized show truck."

It doesn't morph into a highly-skilled combat bot at the first sign of danger, but it does appear to have a pretty sweet sound system. 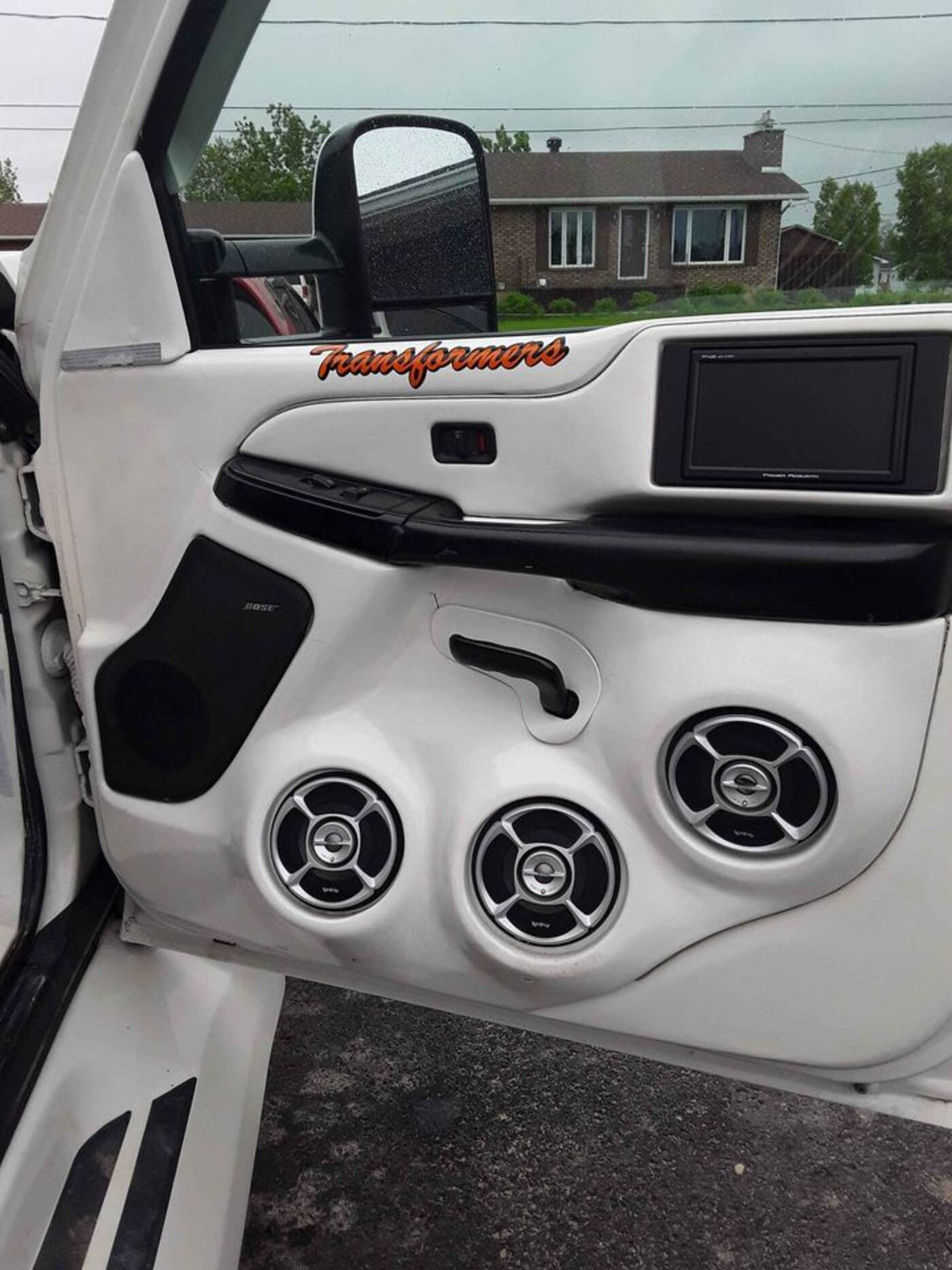 As evidenced by one photo shared in the listing, the truck can change shape a bit by opening up at the back to reveal more speakers. 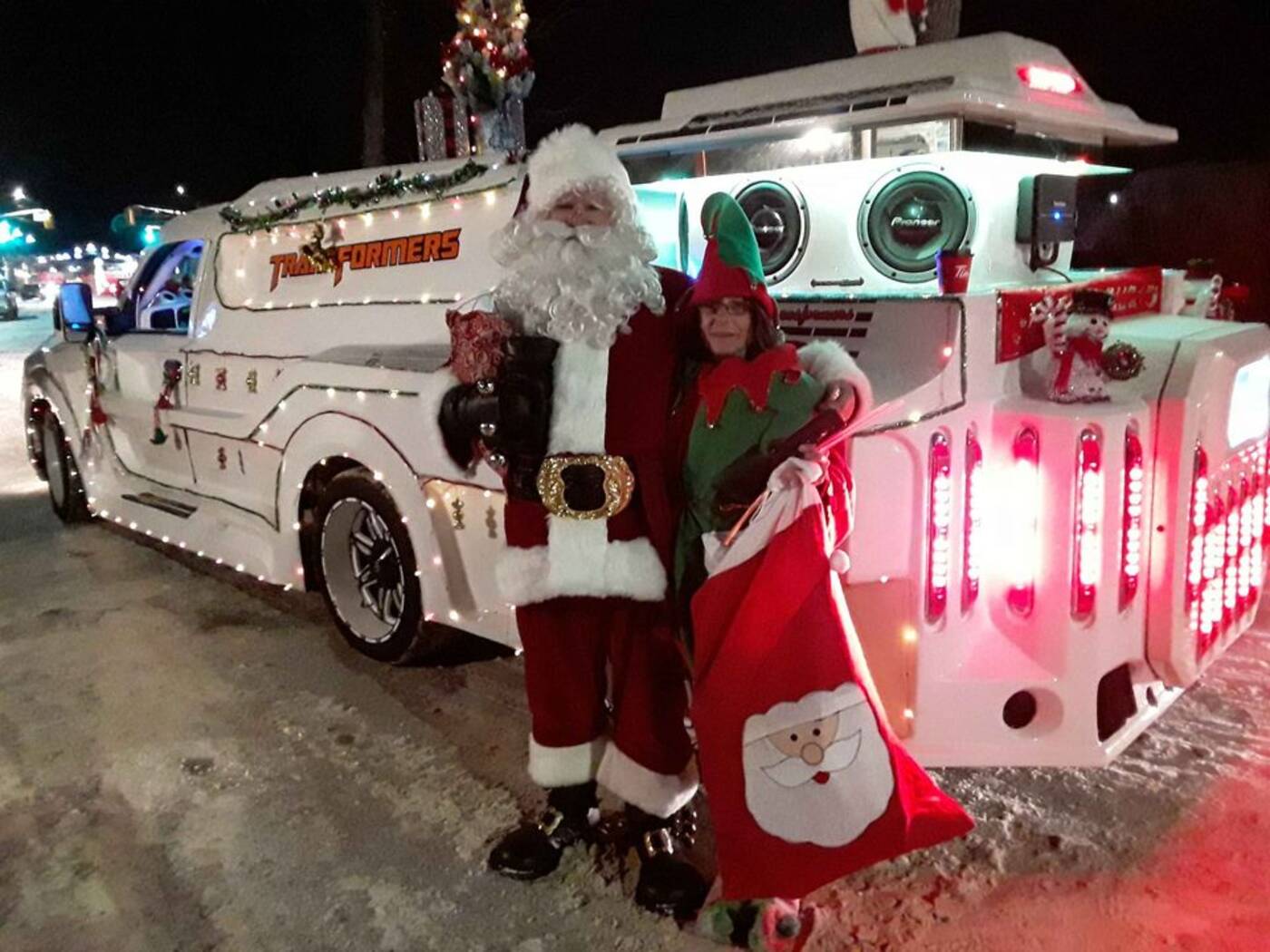 It may look more like a stretch limo with more than four wheels, but the Transformers whip is indeed a truck... albeit one that's pretty much unrecognizable thanks to various bells and whistles. 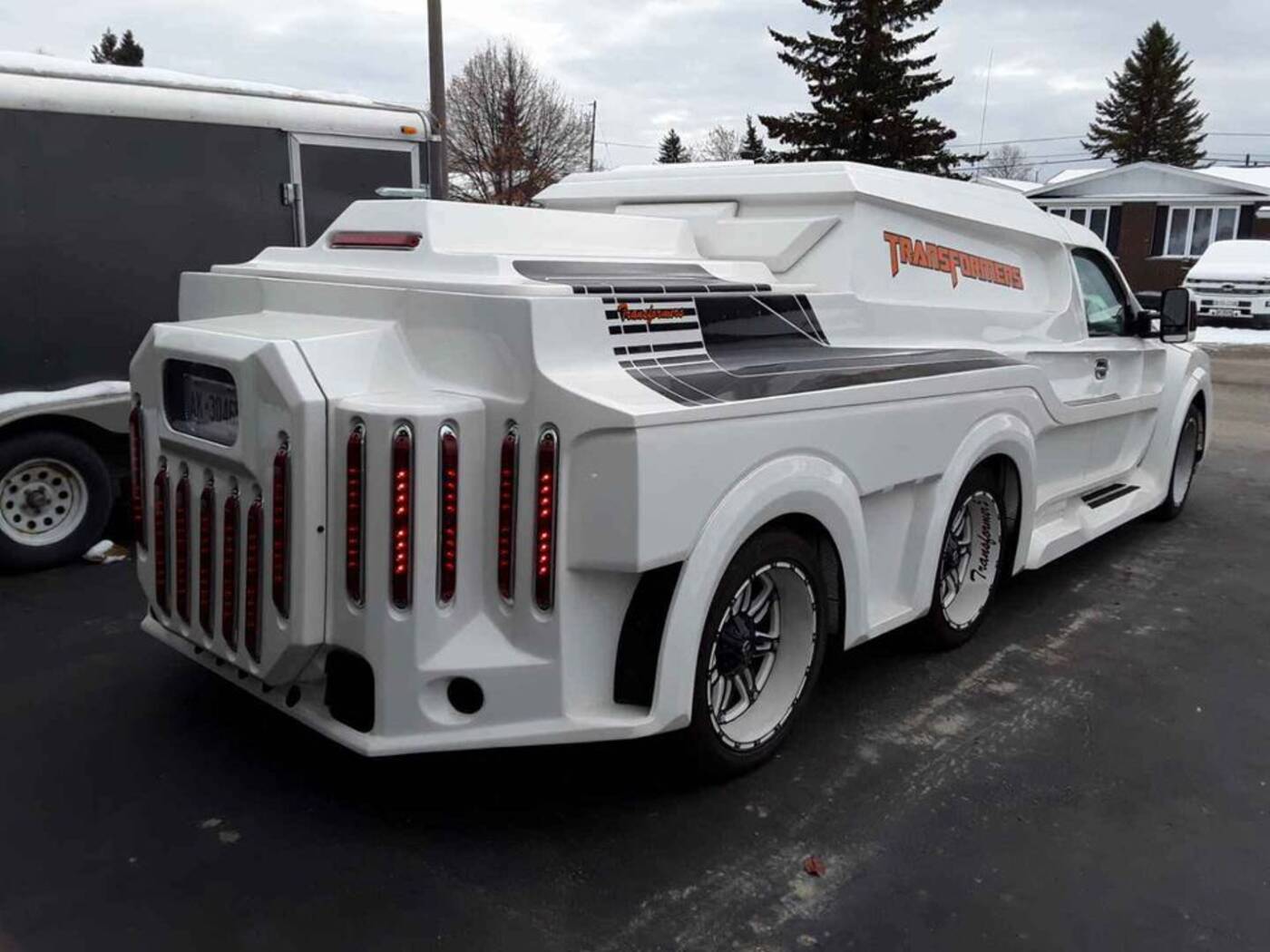 The owner appears to have modified their original four-door truck with an extension off the back that screams "hot tub" but does not, in fact, contain a hot tub. 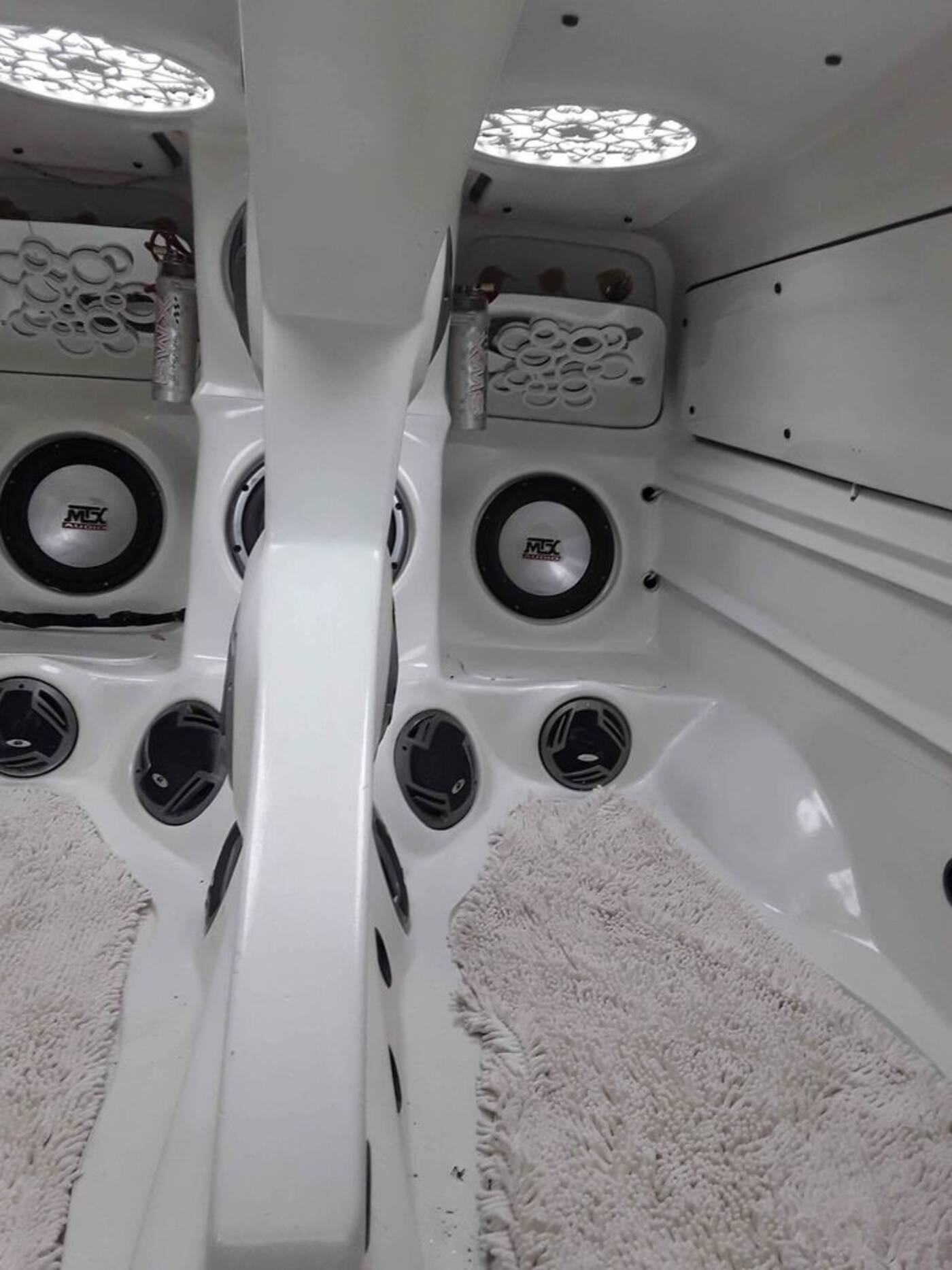 The vehicle has been driven roughly 100,000 km, has an automatic transmission and runs on gasoline, according to the listing. 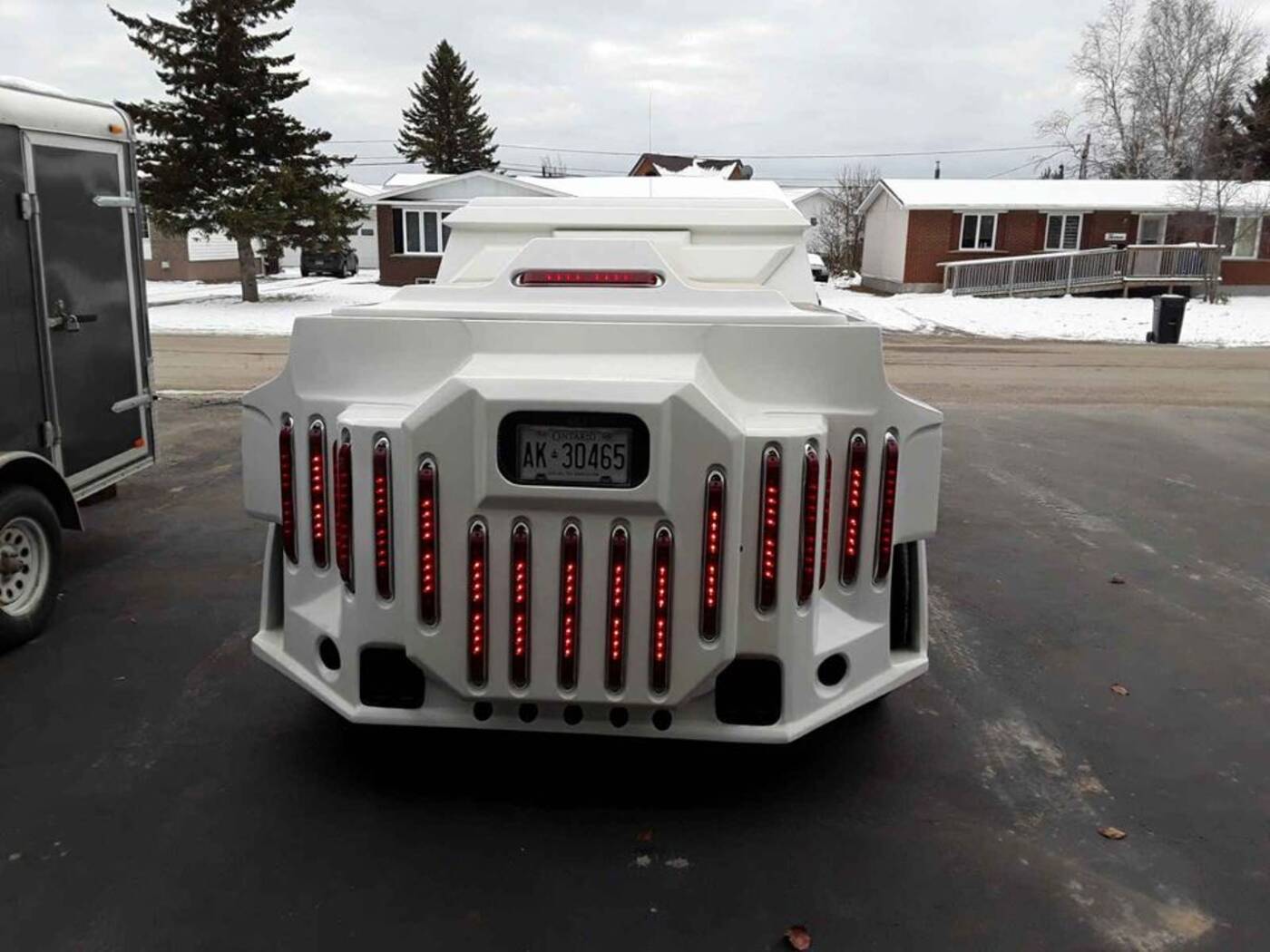 Again, despite being heavily-branded with the Transformers franchise logo, this vehicle is neither Autobot nor Decepticon.

It is, however, certainly more than meets the eye.