Here's what the billowing smoke sculpture on Toronto's waterfront looked like

Anyone who caught a glimpse (or a whiff) of colourful smoke on Toronto's waterfront on Saturday may have been just a bit confused, but it was all part of an elaborate pyrotechnics display from legendary American artist Judy Chicago.

Celebrating the 2022 Toronto Biennial, Chicago wowed a crowd of hundreds at Sugar Beach with her piece titled "A Tribute to Toronto."

The display — staged on a barge anchored just off of the waterfront promenade — was pure eye-candy, using multi-coloured pigmented smoke to paint the sky with billowing clouds.

Working with her husband, photographer Donald Woodman, and Chris Souza of Pyro Spectaculars, Chicago's one-day-only installation was put in place with the help of legendary 74-year-old tugboat Radium Yellowknife. 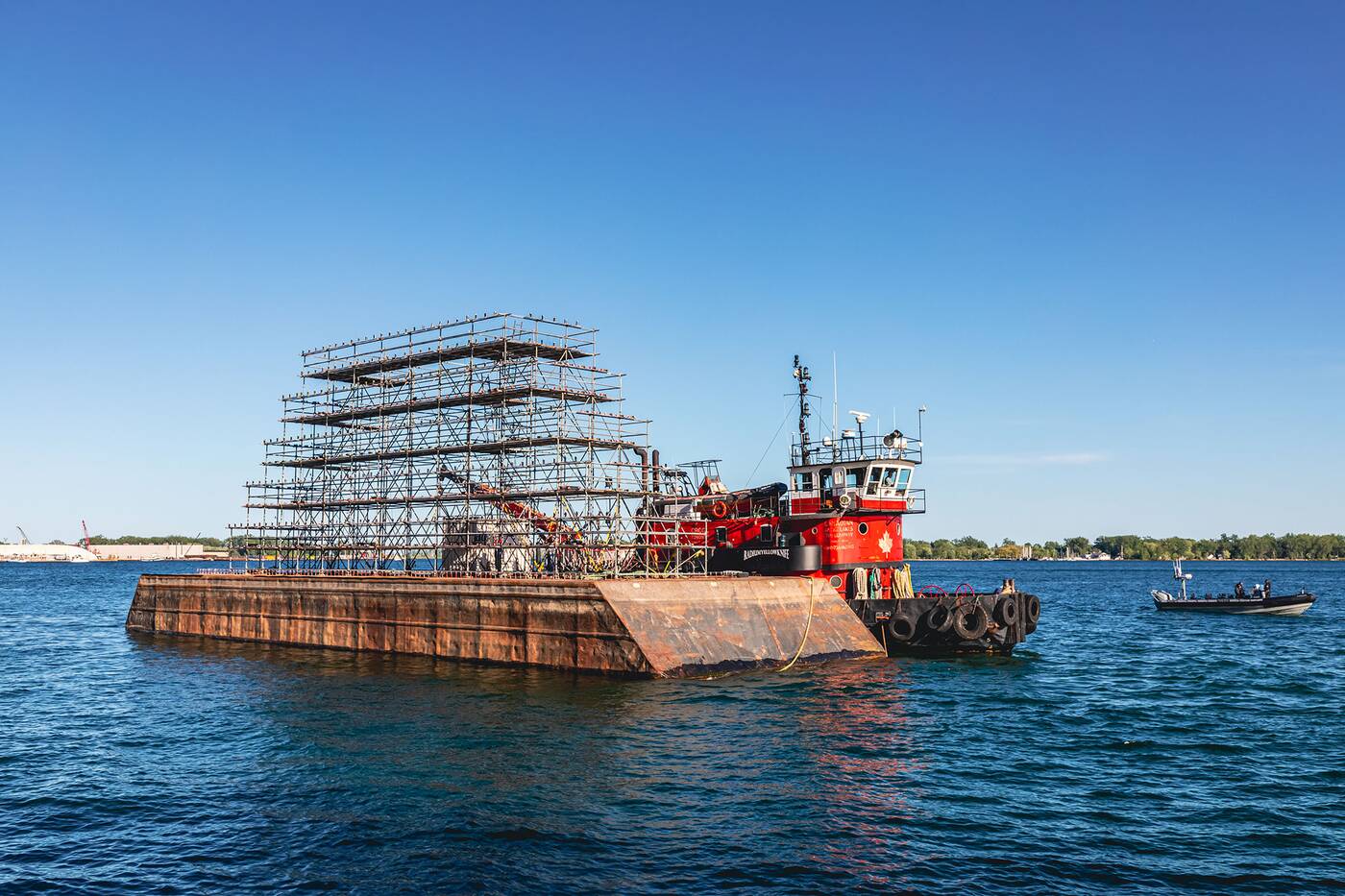 Even before the show started, several hundred people had gathered along the dockwall for the best view of the event. 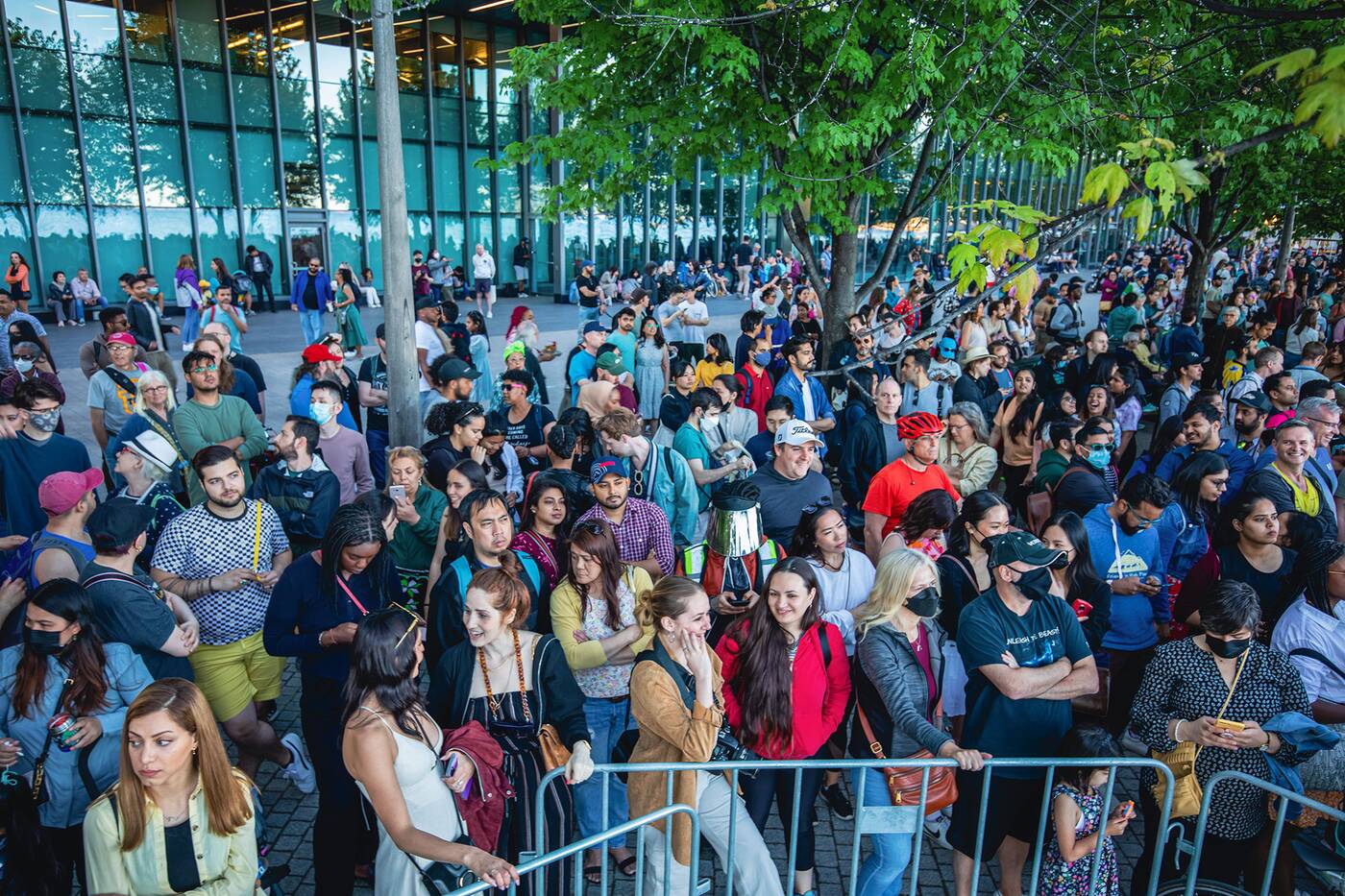 The spectacle finally got underway with a row of flares igniting along the bottom tier of a multi-level scaffold. And then came the first puffs of blue smoke and a cacophony of oohs, ahs, and camera shutter clicks. 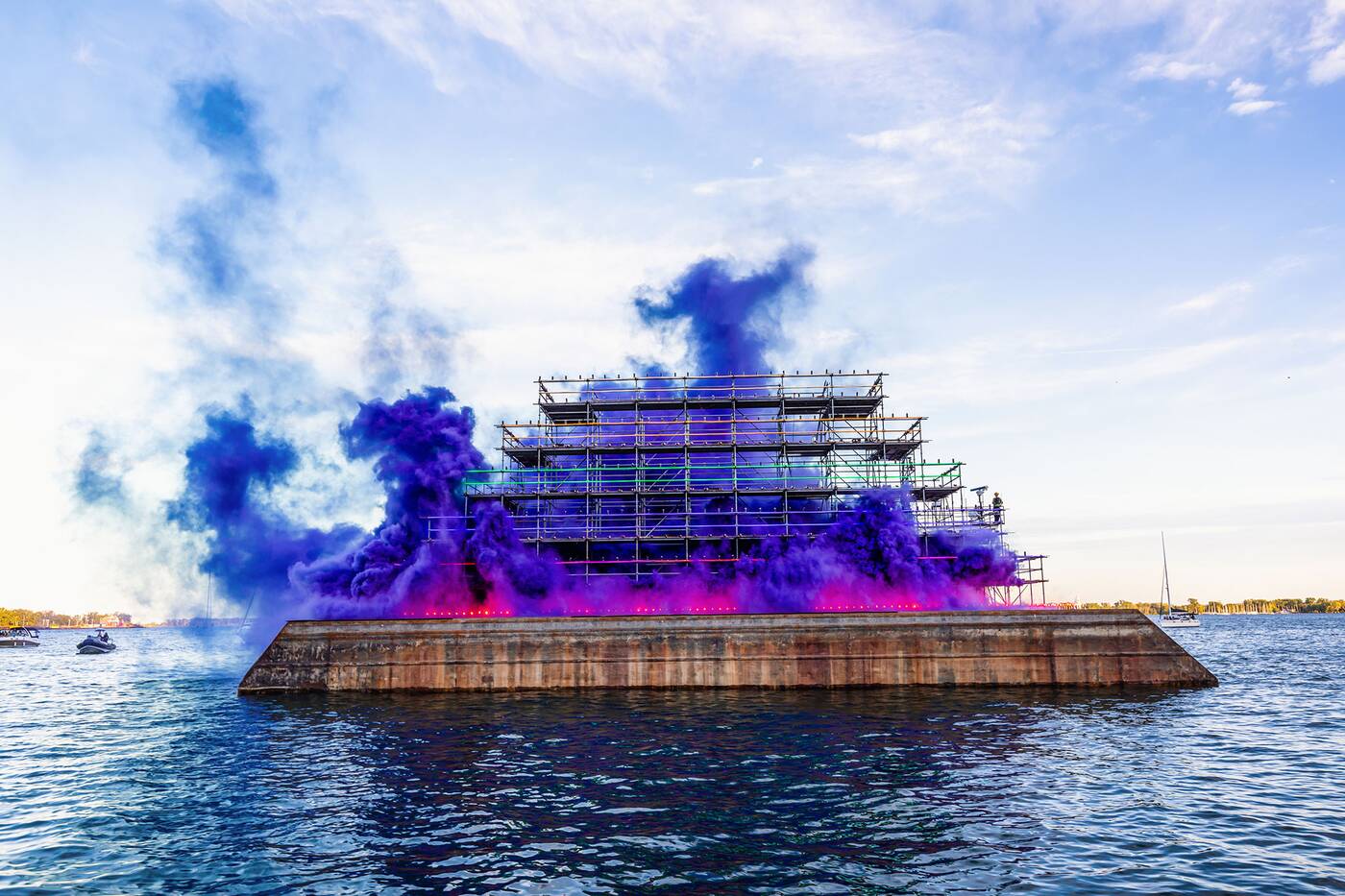 As small plumes grew massive, the next tier of smoke went off, its lighter hue of blue adding some real depth to the picture. 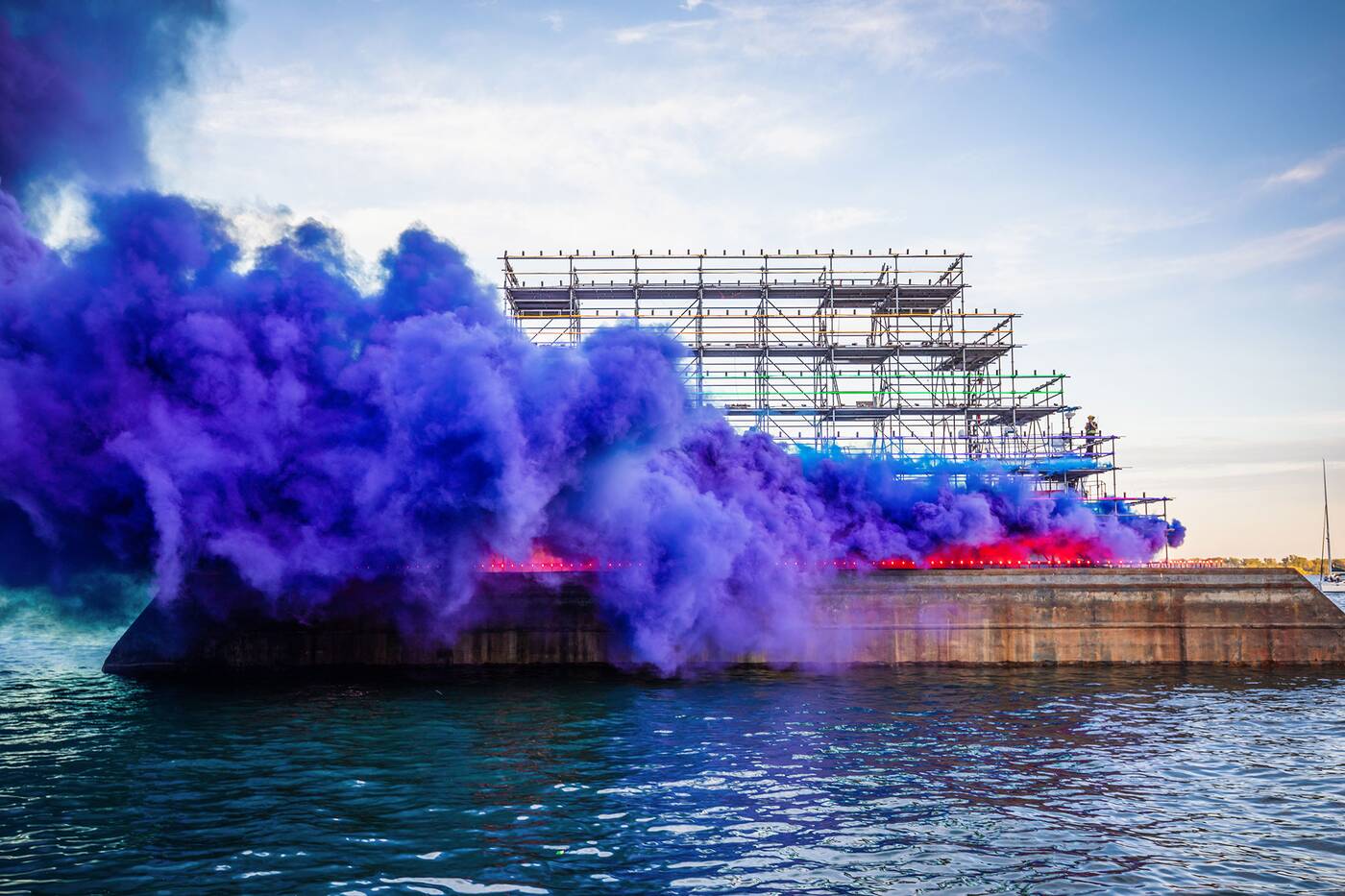 The third tier added a deep emerald green to the mix, as the blue layers below began to dissipate in the wind. 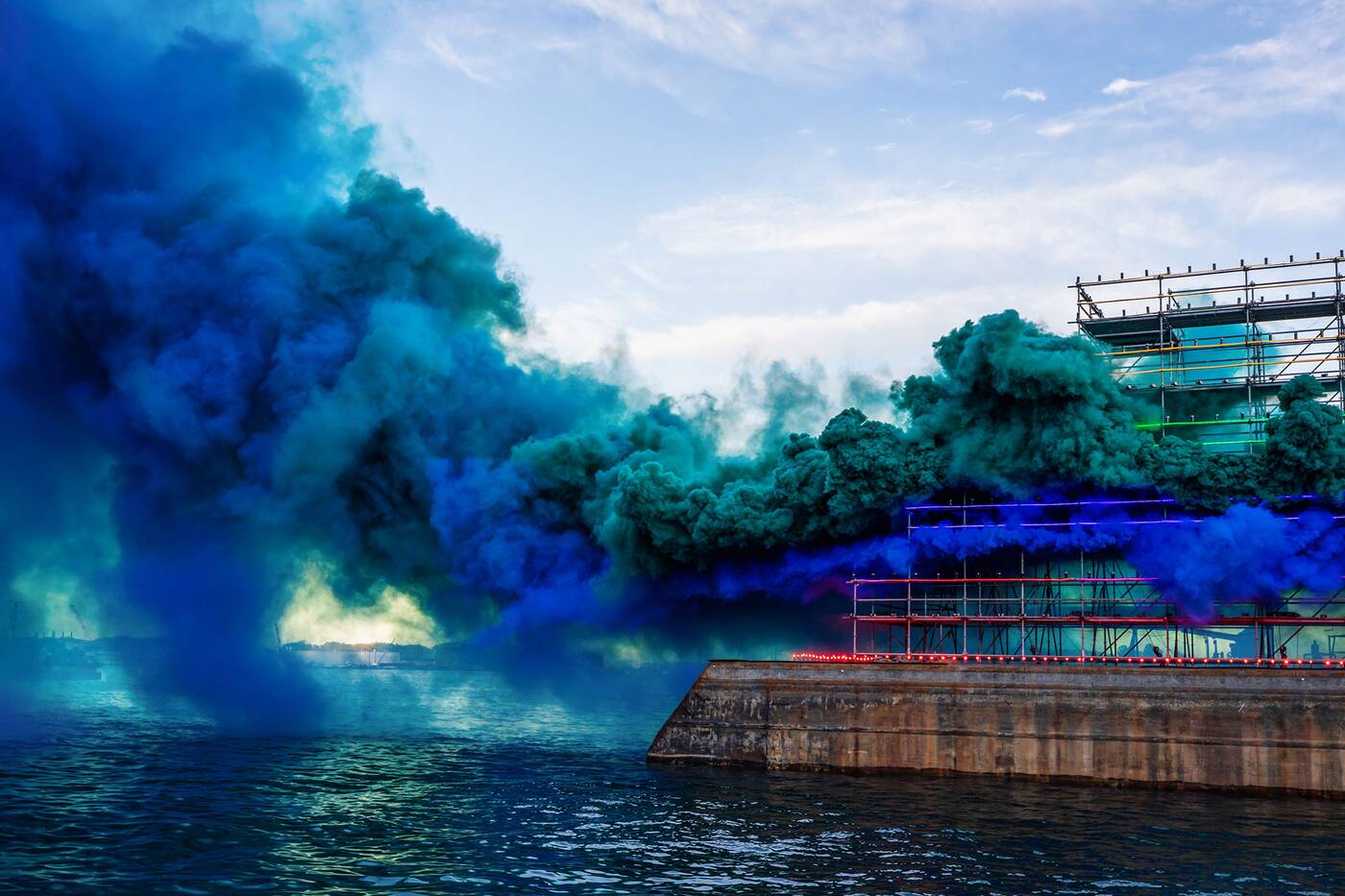 Next came walls of yellow and white smoke, the mix of hues combining to create an abstract, shifting plume. 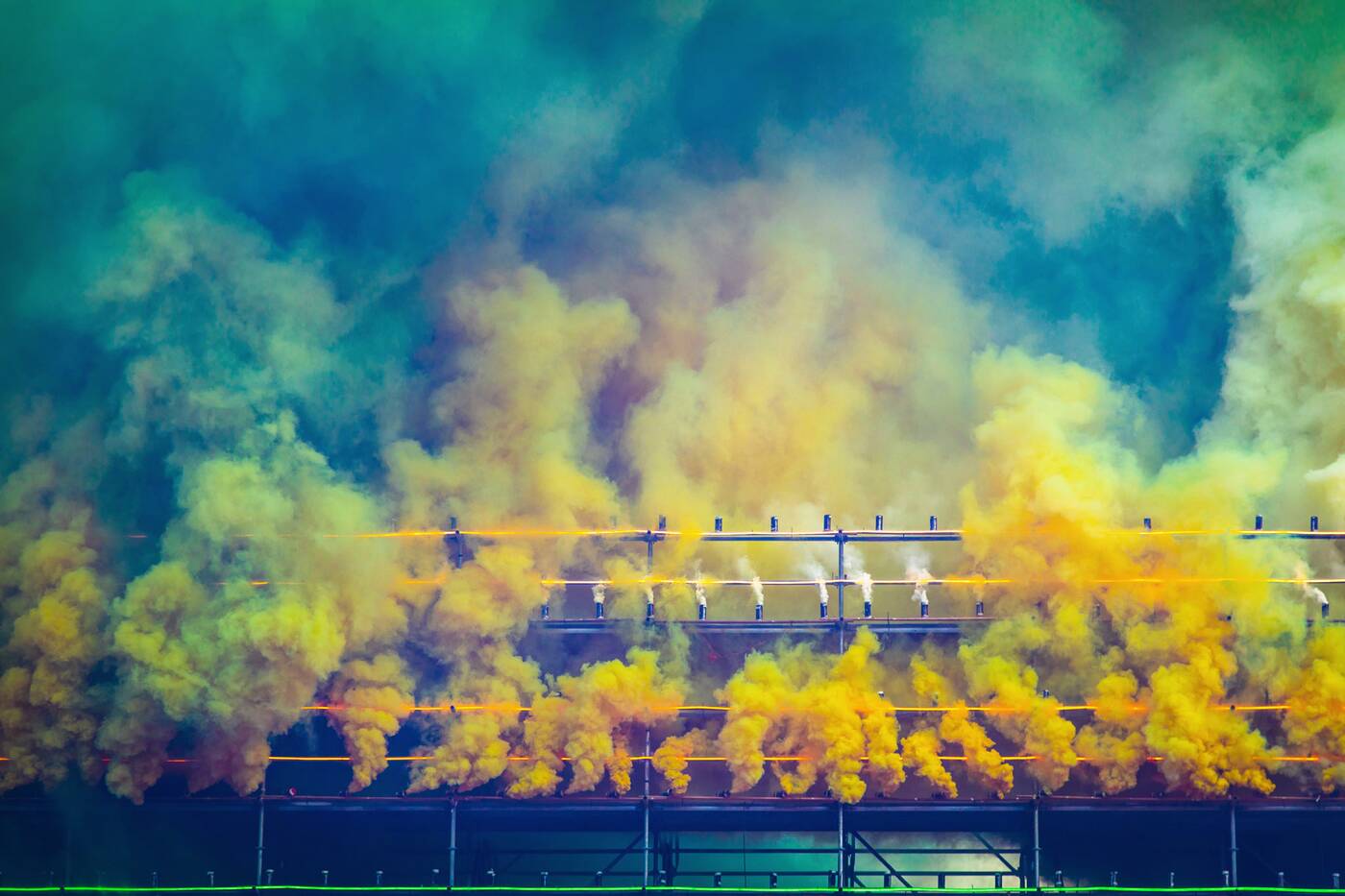 As gorgeous as it was, the display took a literal turn when the wind shifted, pushing the cloud of smoke back towards the crowd. 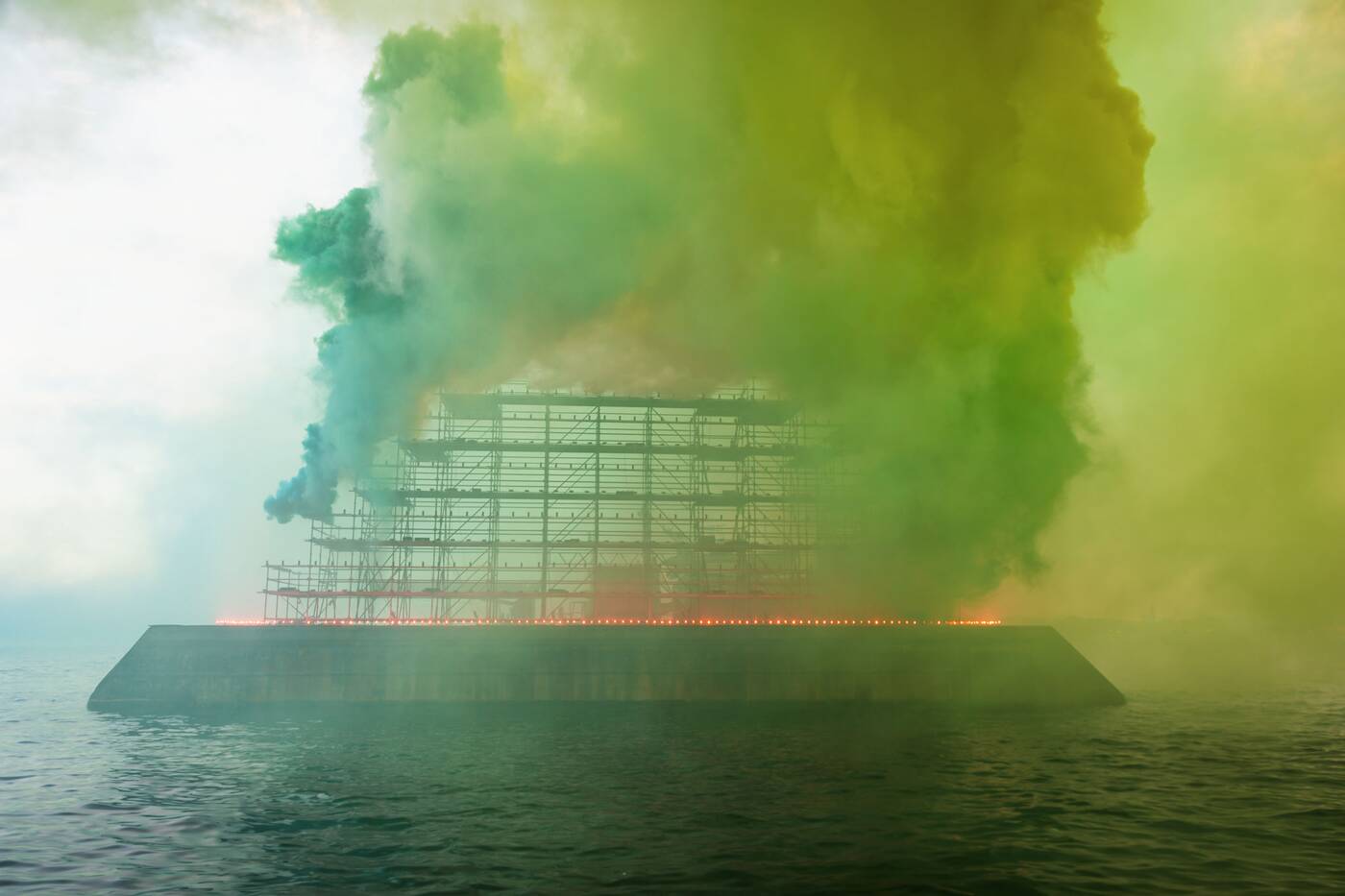 While the artist stressed that only environmentally friendly, non-toxic materials were used for the display, the acrid cloud had some spectators scrambling to put on masks, while others buried their faces in hands and clothing to avoid inhaling the blue-green haze. 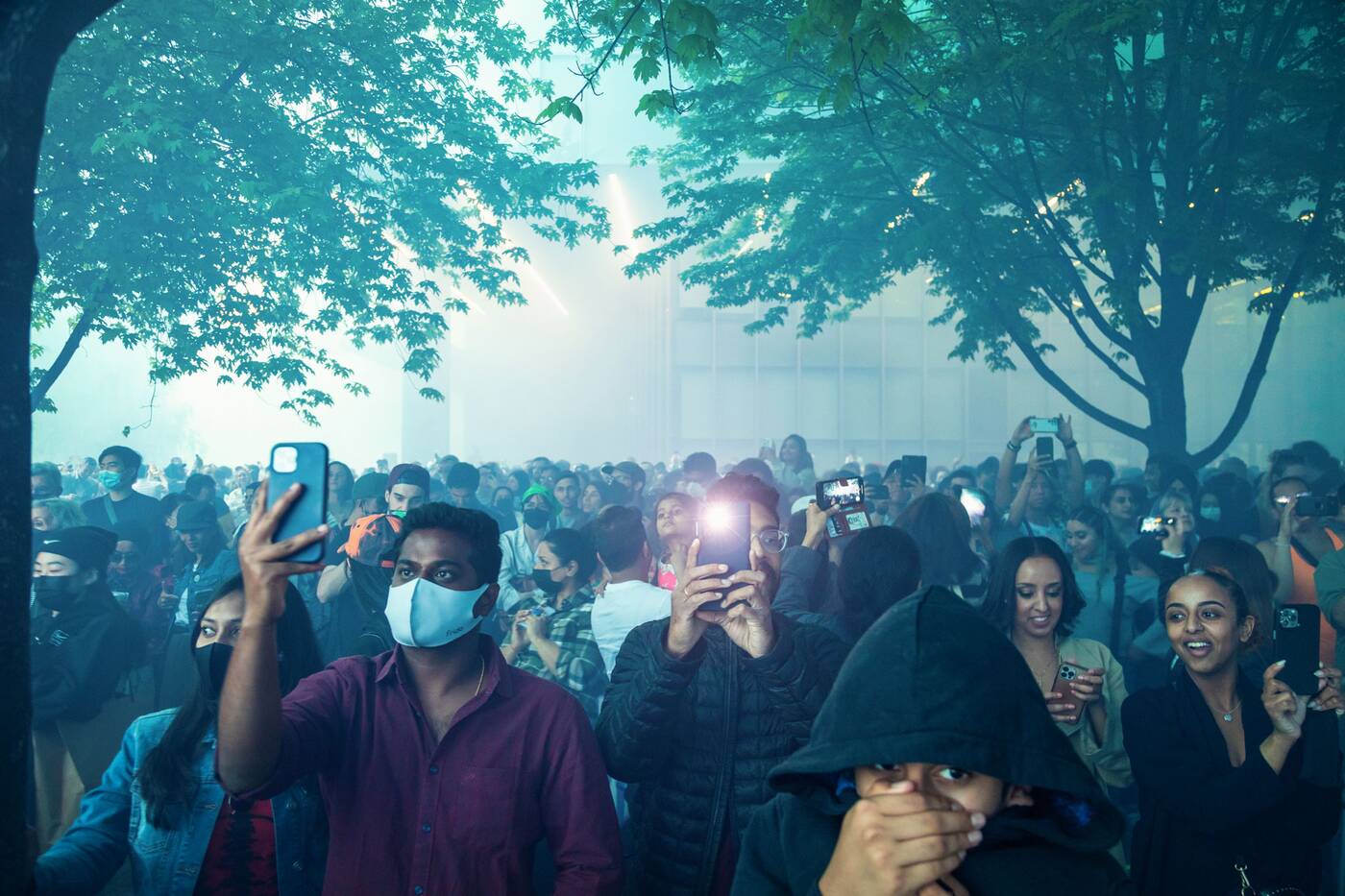 It appears not everyone got the memo about a cloud of multicoloured smoke, and a few commenters on Twitter wondered what the heck they were seeing, including one who managed to witness the display across Lake Ontario.

The wind began to push the haze to the east just in time for the display's explosive finale, where volleys of fireworks were blasted off, glowing through the haze of smoke. 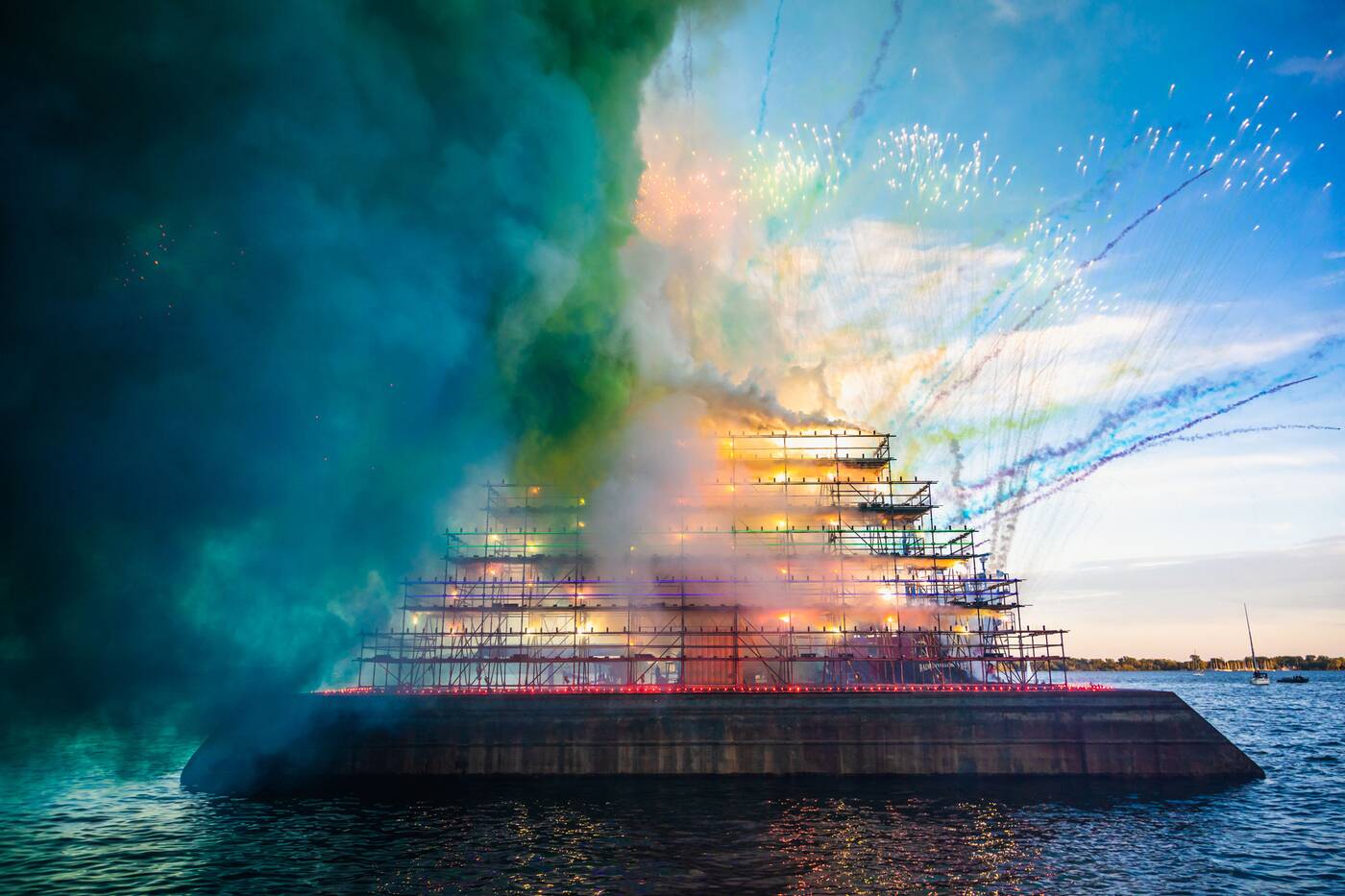 It only lasted about 11 minutes, but it was a heck of a show.

Check out this gallery of Judy Chicago's 'A Tribute to Toronto' smoke sculpture.