You're bound to see some weird stuff go down on a typical walk around downtown Toronto, but contorted, brightly-dressed people perched at impossible angles is definitely a new one.

It's all part of a travelling living exhibit called Bodies in Urban Spaces, now making its first appearance in Toronto after performing in more than 100 cities across the globe.

Presented by The Bentway, the travelling exhibit from Vienna-based choreographer/artist Willi Dorner was originally commissioned by Festival "Quartier d'été" and performed on the streets of Paris before moving to other cities.

Bodies in Urban Spaces takes the form of a moving trail populated by a group of dancers in colourful clothing, but instead of dancing, these performers are artfully contorted and crammed into the confined spaces, nooks, and urban niches of our city's streets and alleyways. 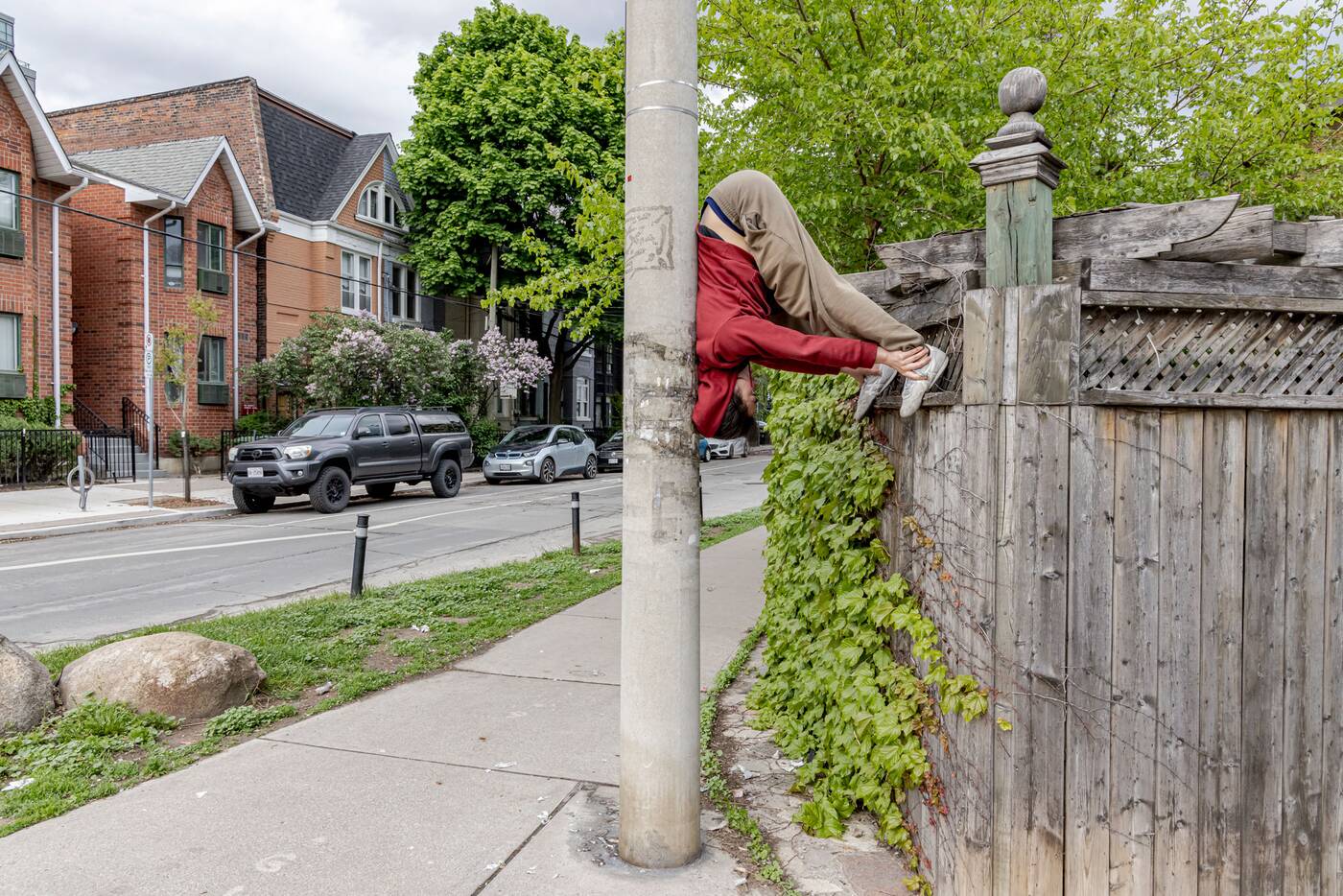 Visitors attending the performances will follow a travelling route covering approximately three kilometres in the span of roughly one hour. Which must be a relief for the contorted dancers, who don't have to spend the duration of the performances coiled up in seemingly impossible positions. 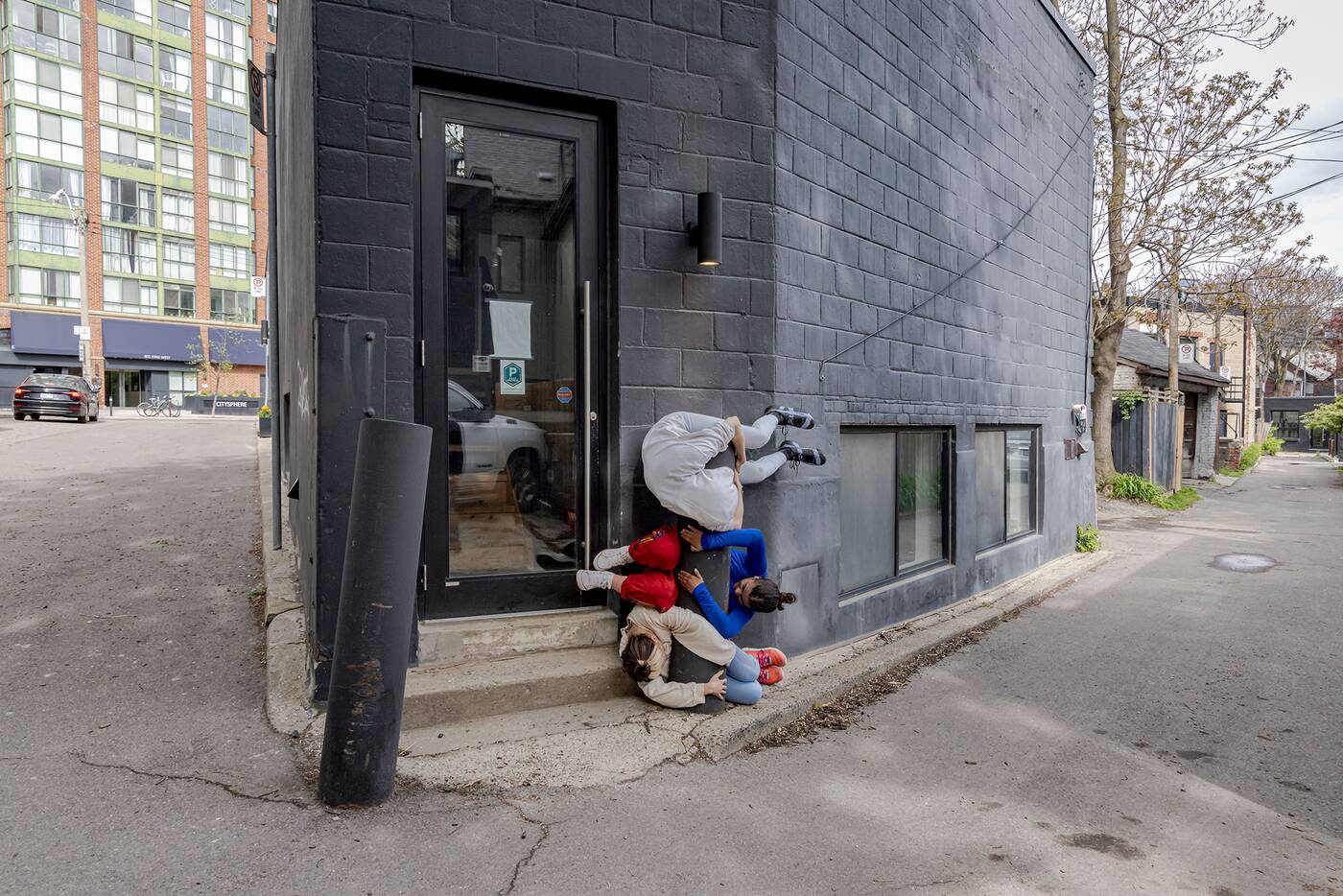 The actual route itself is secret, reserved for those who register for the pop-up performances 24-hours in advance, the locations revealed to attendees via email.

Registered guests can catch the performances over the next few days, running Thursday, May 26 and Friday, May 27 at 7 p.m., as well as 2 p.m. and 7 p.m. performances on Saturday, May 28.

Bodies in Urban Spaces is one of the launch events of The Bentway's Summer 2022 season, with this year's set of programming known as STREET.

Running May 26 to August 21, STREET will include various public art installations, performances, and more fun animating not just The Bentway itself, but also the surrounding areas.