You've probably seen glowing hearts lighting up windows in Toronto by now, but if you missed the memo on who created them and why, you might not know what they mean.

Moss LED launched their glowing heart project in September 2020 as a way of spreading love and showing support from afar.

At this point, they've sold over 15,000 hearts, which now have their very own website and team.

The hearts are dedicated to frontline workers, health care workers and live entertainment workers, and you can put one in your window to show your support for these workers and industries.

Moss LED was hit hard by lockdowns themselves when their film, TV and live entertainment clients stopped operating. From September 2020 to November 2020, Moss only sold about 50 hearts, but the phenomenon quickly snowballed. 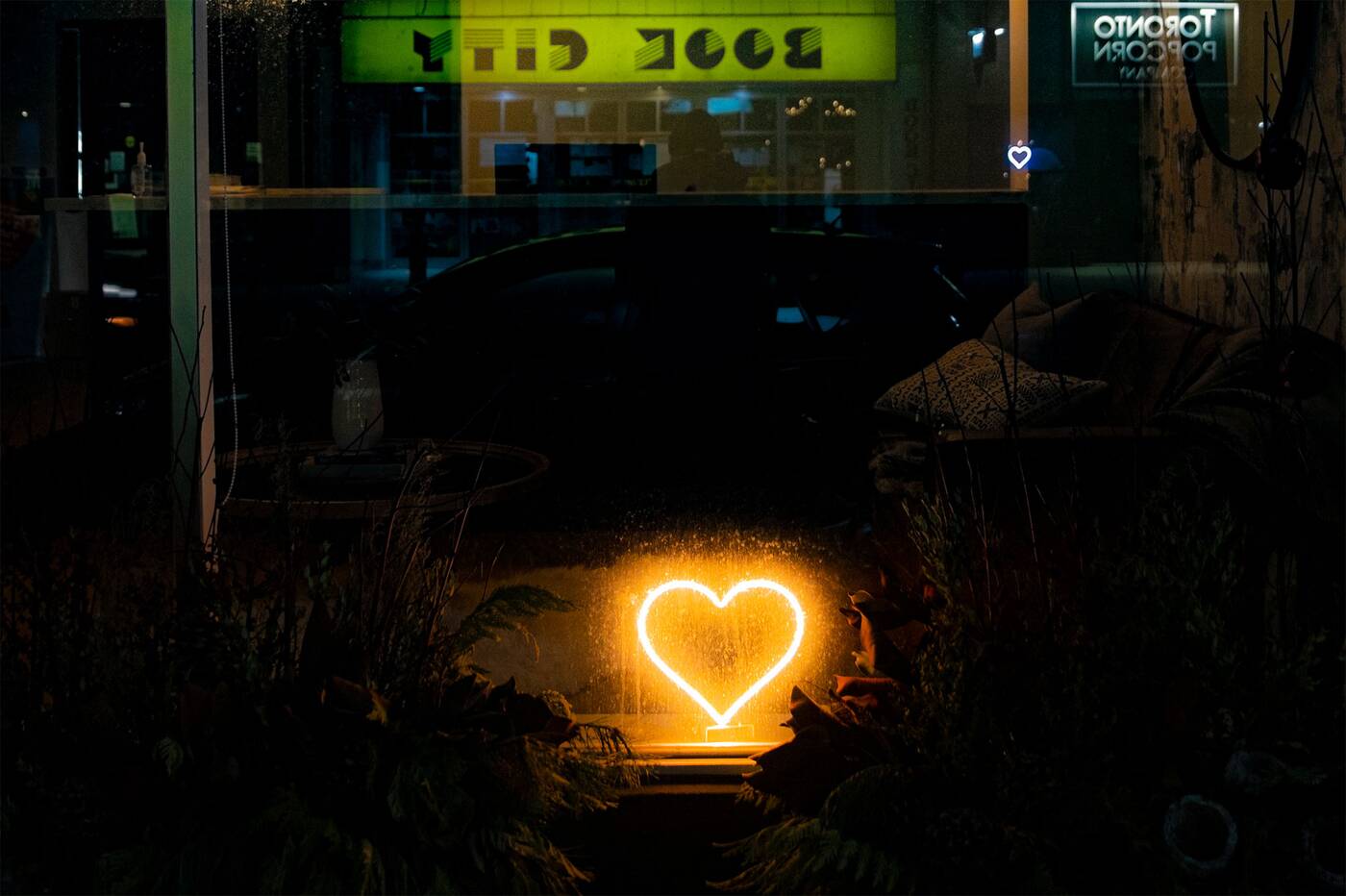 A glowing heart in a window in the Beaches. Photo by A Great Capture.

After posting in a local Facebook group they got an influx of about 50 more orders even though they had only enough materials to produce 20 hearts. Thanks to media attention, they soon after racked up 600 orders within a week despite having no inventory ready.

"We had to set up an entire production line and fulfilment team in a matter of days. We went from winding down our B2B business before the holidays to ramping up production and even hiring," Moss LED president Jeffrey Moss tells blogTO.

"The hearts have their own dedicated production team, fulfilment team, and customer service as well. Directly in our company it supports seven full-time jobs plus jobs at our other fabricators in the city."

Even if you're aware of the hearts, something else you might not know about them is that a portion of the proceeds from each heart sold supports different organizations, and the colour of each heart represents the organization it supports.

In November, they created a cyan moustache to support the Movember movement, and they're gearing up to create rainbow hearts that will support Rainbow Railroad. 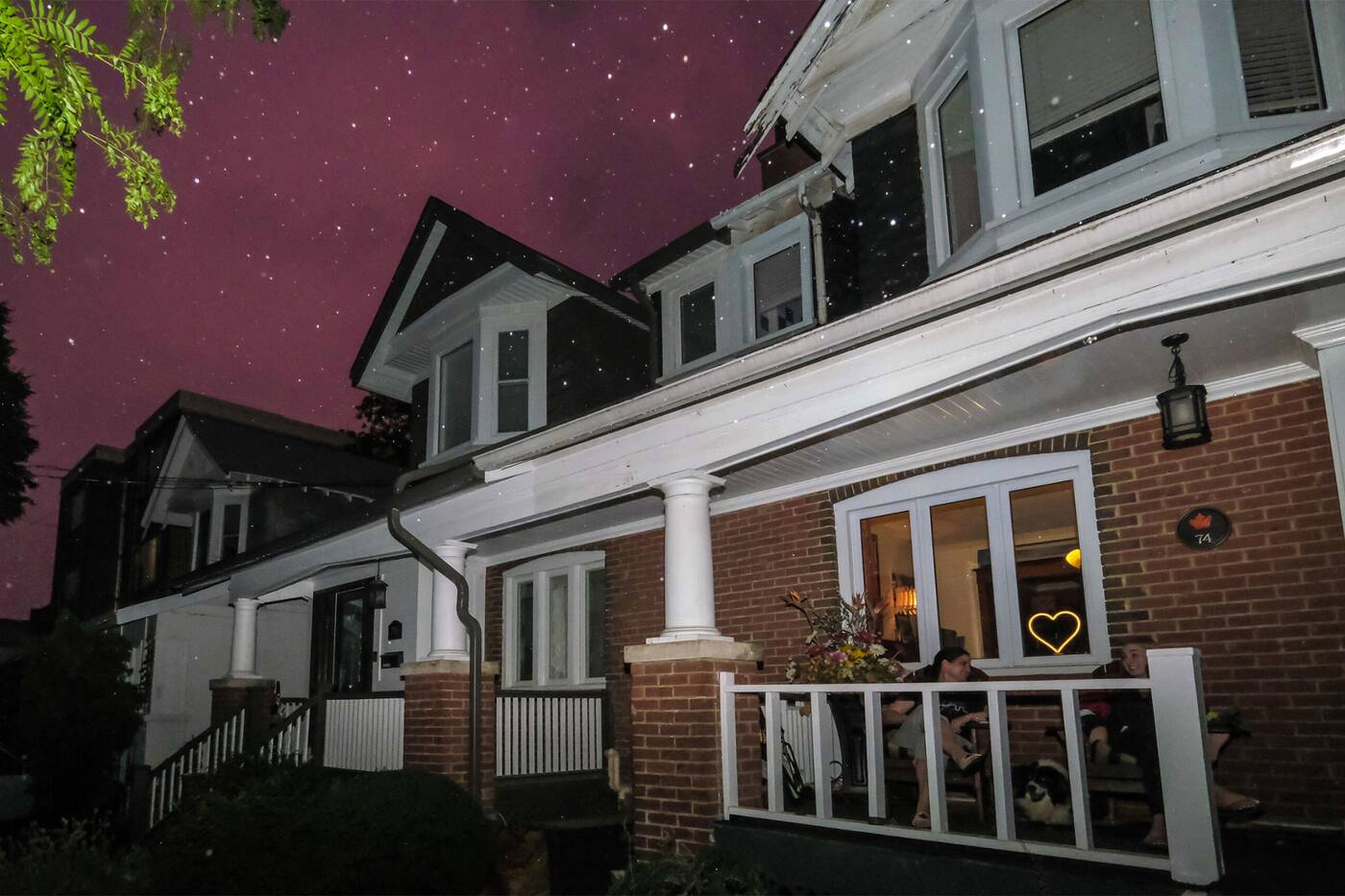 The glowing hearts can be spotted in front windows of homes throughout the city. Photo by PJMixer.

They're not limiting themselves to hearts that fit in household windows, either: also in November, they were commissioned by Brookfield Properties to build eight-foot and four-foot hearts for downtown Toronto properties, with dedicated donations going to United Way of Greater Toronto.

A post shared by Out and About TO (@out.and.about.to)

"We also plan on expanding the brand further domestically and internationally," says Moss.

"We hope people keep them shining in their windows to spread light and love, and that their message continues to resonate within our community."