Everyone could use a bit more love these days and one Toronto woman found a big way to put it out there.

Gabriela Carnovale, a Toronto belly dancer, heard about a man in the U.S., John Pogachar, who started putting up billboards that just say love, in giant letters, on them. Instead of promoting a product or organization, the simple sign reminds people of the importance of love.

"I've always been very inspired by love and I do what I love, I'm a belly dancer, and I follow that love and passion and it just really enhanced my life in so many ways," Carnovale says. "And I thought it would be just beautiful to put it up on a billboard."

Started in 2018 with two billboards in Spokane, Washington. "Love on Every Billboard" has now spread around the world as far as New Zealand.

And now we can find Love in Toronto. The first Toronto Love billboard just went up on Dec. 20, says Carnovale. 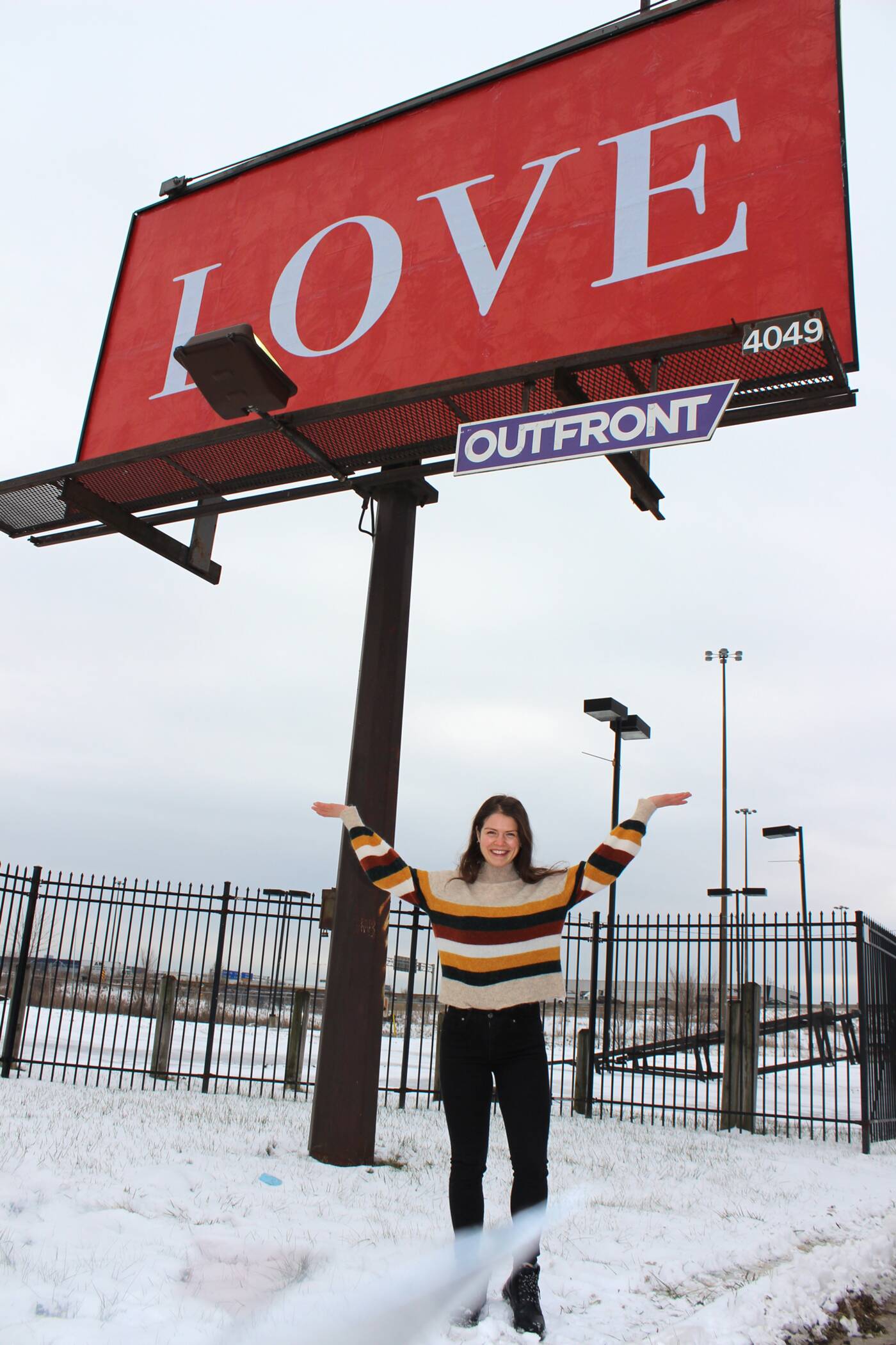 Gabriela Carnovale stands in front of the billboard she put up, with help from friends and fundraisers, in Toronto.

Carnovale tells blogTO she heard about the Love Billboard project through the documentary, The Illusion of Money, but when she was put in a group with Pogachar during a coaching program (Evolving Out Loud), she heard more about the project. So in May she decided to get a billboard for Toronto.

"Toronto was on lockdown at that time so I also felt very called to spread love," she says. "Through the whole pandemic, I've connected a lot with things that matter the most to me and love is definitely top of the list."

Normally billboards are used to sell things but Carnovale says what people need most is love.

Putting up a billboard isn't cheap – it cost $3,000 for one month but, fortunately, Carnovale got a discount as a non-profit initiative.

To fundraise, she held an online belly dancing show with her musician friends Wild Waters and Mariano LaTona, and belly dance friend Selene La Moro. She also did an outdoor show in the summer.

It is also not easy to get a billboard — some of the most visible ones in downtown Toronto are booked for months and even years. She managed to find a spot at Dufferin Street and Billy Bishop Way, which can be seen near Yorkdale Mall.

The Toronto billboard is the 155th Love on Every Billboard. It will stay up until Jan. 17 and if people share photos, they can use #lovebillboardto. Carnovale hopes people will see it and think about the important things in life.

"I just wanted to put out a reminder of what matters the most and have it be promoted and shared in a way that is impactful for others, just to remember that, you know, love is what we all need the most."