An artist that's having his first Toronto show right now has been compared to Jean-Michel Basquiat, but only found out who the artist was about two years ago.

He just goes by Bistyek, which is a word in his mother language of Kurdish which he says "means something special, just means me."

The 25-year-old artist arrived in Winnipeg from Syria with his family about four and a half years ago with no formal art training, and began working at a coffee shop.

Bistyek recalls that two years ago at noon he felt the sudden need to quit his job, and immediately went home and started to paint on fabric on the wall. Since then, he's been self-taught.

Within about three months, he had painted about 30 to 40 paintings, and wanted to have an exhibition. He went about looking for a gallery, but didn't find any takers. 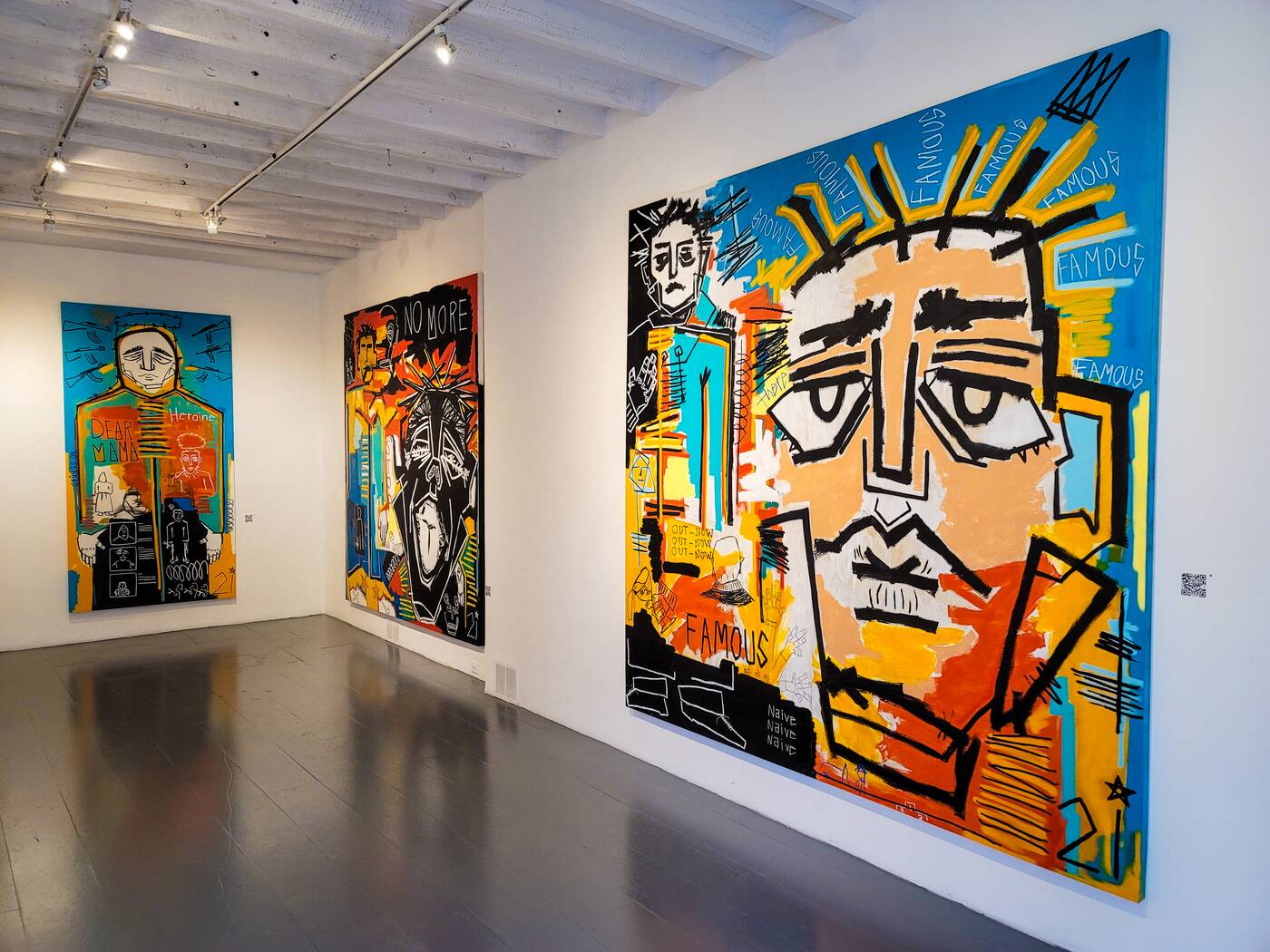 He figured if no gallery would show his work, maybe he could make one of his own, finding an empty place he could set up himself. He'd make a poster, invite people.

Bistyek ended up connecting with Tim Borys, who gave him a space for free which he still has the use of to this day. Borys introduced him to the CEO of the Winnipeg Art Gallery, and pays for shipping when people buy Bistyek's pieces.

He also paid for the space in Toronto where Bistyek is now exhibiting his work, which Bistyek found upon arriving in Toronto for the first time two weeks ago.

The pieces instantly bring Basquiat to mind: bold lines and shapes, flattened skewed perspectives and bright colours. However, Bistyek says there is "inspiration everywhere," and that his influences are "his past, journey, present, future, music, books."

Someone who saw his work compared it to German Expressionism which Bistyek previously had no idea existed, and the curator of his first exhibit compared him to Basquiat, Schiele and Picasso. 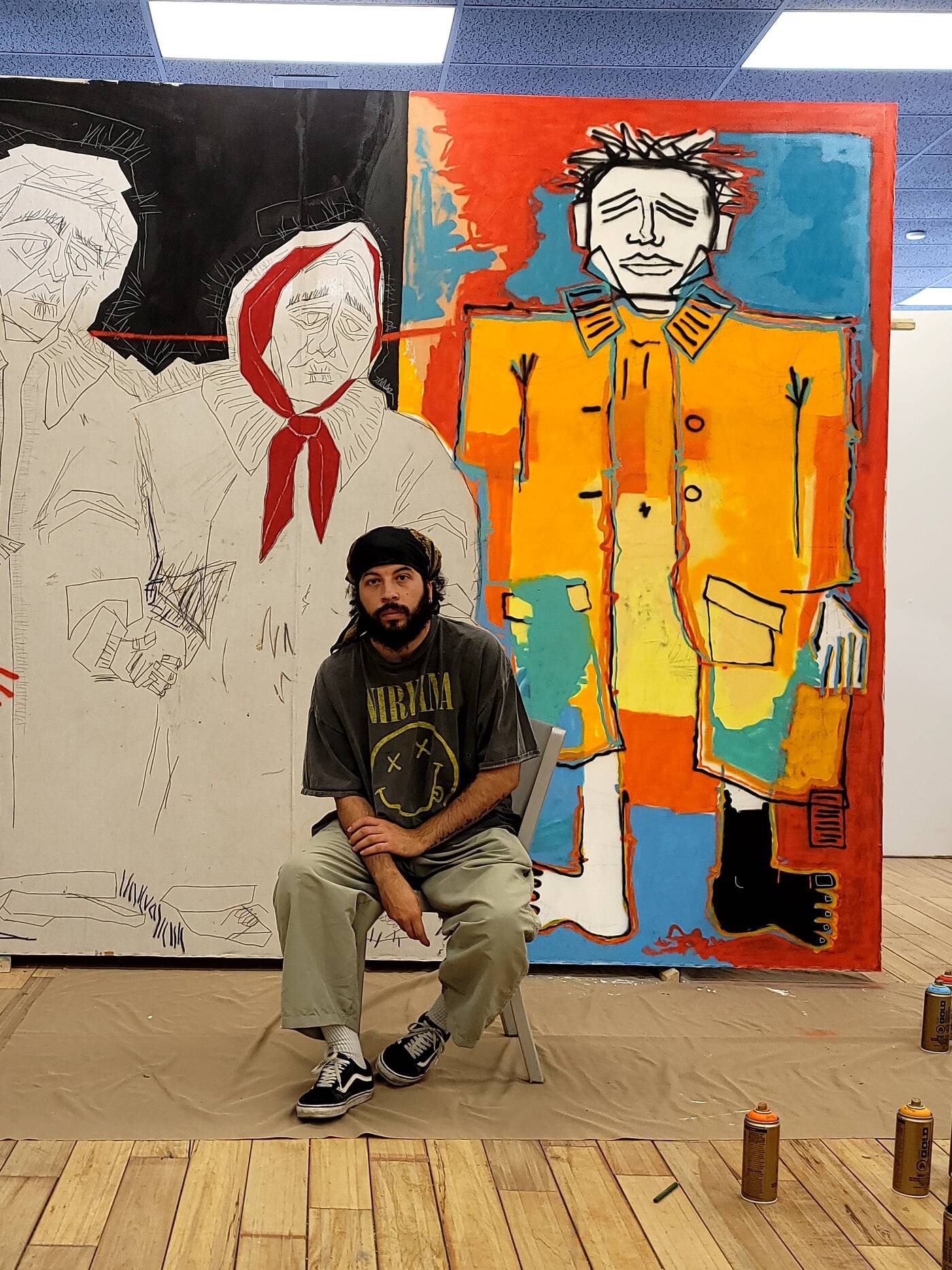 Bistyek in front of one of his pieces. Photo courtesy of Bistyek.

Bistyek delved into art history books, "more just looking, not reading," and when he saw the work of Basquiat it was like he had been influenced by him before even knowing about him.

His current exhibit Inside Pain is on at 2104 Dundas St W until Oct. 27, and Bistyek says "I prefer the art to talk about itself" when it comes to the meaning behind it. Works in the exhibit are sometimes titled, sometimes untitled.

"I struggle a lot expressing myself though I speak three languages," Bistyek tells blogTO. "If I could say it, why paint?"

As for the future of the young artist, director Geordie Sabbagh started filming a documentary about him just two days ago that should be called When I Go Outside. He'd also love to potentially move here one day.

"I love Toronto," says Bistyek. "It's beautiful, crowded, the energy, the vibe. If I could move today I would."