After months of lockdowns, things were finally looking up for a Toronto dance and music studio as they prepared for a near-normal fall season until a devastating fire nearly shut them down again.

The Koffman Academy of Music and Dance had a growing studio, combining the passions of music teacher Jake Koffman (grandson of Canadian jazz icon Moe Koffman) and dance teacher Ellie Koffman. They opened in 2017 in a basement space at Bloor and Jane Streets in Bloor West Village, and the small school grew to about 150 students.

"April 2020 would have been our best month," says Jake. "It was just gaining momentum."

Then they moved everything online and it was tough, particularly for the really young students but many students stuck it out.

"Luckily a lot of our students were really loyal," he says. "We were able to survive."

Ellie and Jake learned how to teach music and dance online.

Then in the summer of 2020, they were able to reopen again with COVID-19 protocols but, of course, they had to shut down again due to provincial lockdowns.

"Students started to drop off because they were doing virtual school at the same time so it just became too much for them," says Ellie.

But they persevered and reopened again this summer to hold two successful week-long summer camps.

They were about to hold another camp and were getting ready for the fall session, and also had just put in new dance flooring, when on Aug. 5, an electrical fire broke out in the restaurant above them. There was significant damage in the restaurant and water damage to the studio.

"All that water just seeped through the floor and destroyed the place," Jake says. "This was devesting."

To add to their stress, the couple is expecting twins in about six weeks — they already have two children, a five-year-old son and a two-year-old daughter.

"It's just a lot of stress, a lot of pressure." 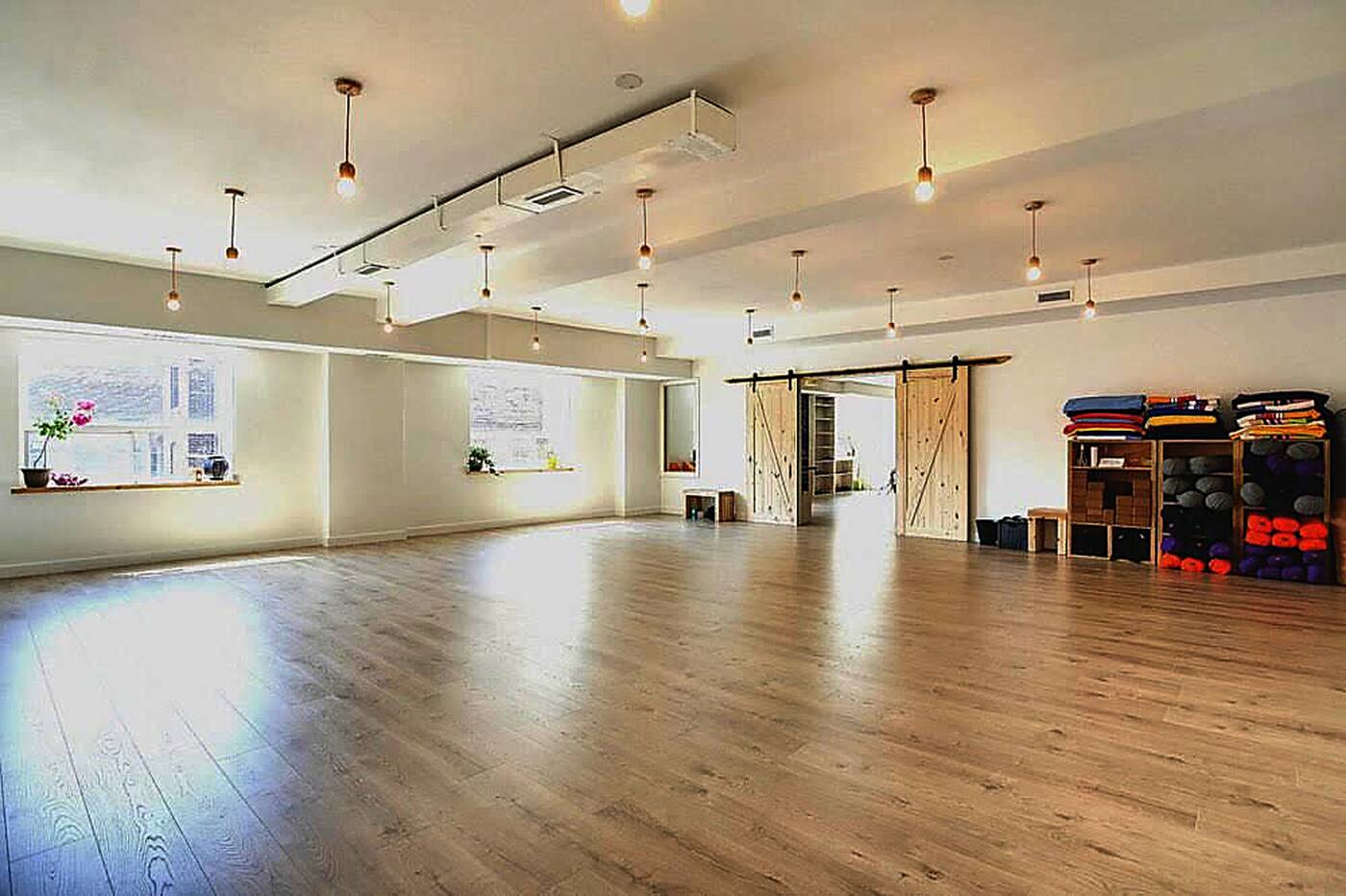 The new location, a former yoga studio, is perfect for the school.

They cancelled the summer camp and then they scrambled to find a new place. Luckily, they found the perfect spot in the former Yoga Star location at 15 Roncesvalles Ave. It is on the second floor and already has studio space and rooms for music lessons — mostly move-in ready.

"It"s much better, it's bigger, it's brighter," says Ellie.

Despite all the closures and struggles, Jake and Ellie say they didn't want to give up.

"It's not really an option for us considering we have kids — there was no real choice, we had to keep going," says Jake.

Also, opening a dance studio was a dream for Ellie.

Ellie and Jake met in August 2013 working on a cruise ship when Ellie, from England, was a dancer and Jake, from Toronto, was a saxophone player. They married in March of 2014 and decided to open a combined dance and music school in Toronto.

They look forward to welcoming students to the new studio.

"Seeing the kids when they came back into the studio (in the summer) for the first time — you can't beat that," says Ellie.

Koffman Academy of Music and Dance