A Toronto man has transformed a tree in his front yard into a shimmering optical illusion that, in addition to being a work of art, is also solving a traffic problem.

Fee Gunn says he created a "Luddite cloaking device" on a dead tree in his yard. Now living in his childhood home, Fee Gunn has fond memories of climbing the tree but it has been dying for at least 10 years now, and he didn't want to cut down.

"I have been looking for things to do with it for a couple of years," Fee Gunn tells blogTO.

He regularly makes art with components from old hard drives and recycled materials, including a disco ball army helmet.

"A hard drive is a big black block and when you take it apart, there is a whole bunch of neat stuff in it," he says.

He took about 650 aluminum platters from about 400 hard drives and drilled holes in them to attach to the tree with decking screws. He estimates the tree is now draped in roughly 700-1,000 terabytes of formerly loved data.

He says it took about a month to collect the materials, prepare them and complete the work. 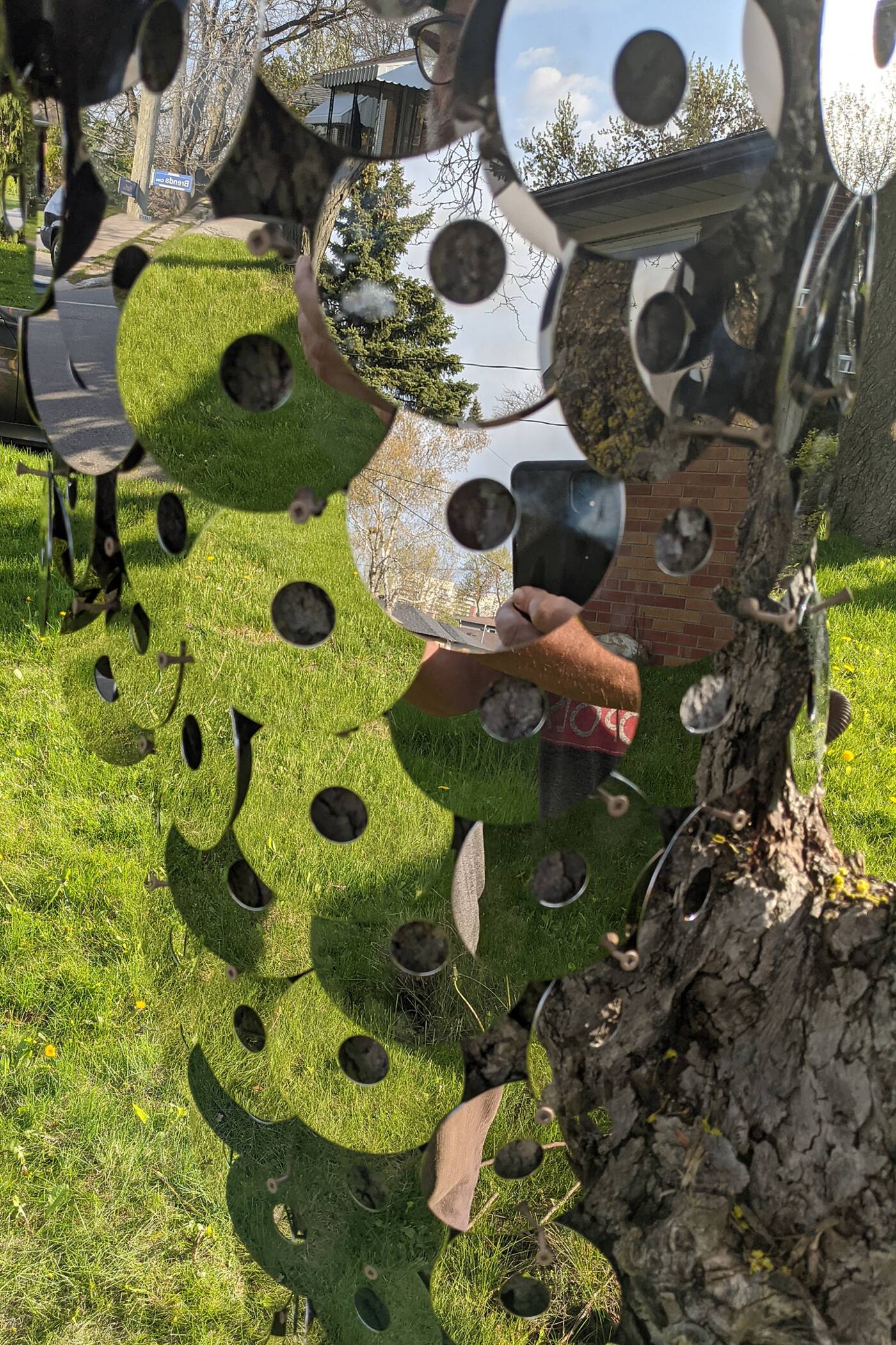 There are about 650 aluminum platters attached to the tree.

The platters range in thickness and can create a windchime sound.

"The tones are quite lovely," Fee Gunn says.

The platters also look nice and reflect everything around them.

Fee Gunn's home is at Hart Avenue and Brenda Crescent is an older neighbourhood with no posted speed limit.

"It's 50km/hr on a little tiny residential street."

When he has put art in his yard, he has noticed traffic slows to look, so it acts as a traffic-calming measure. He hopes his councillor, Gary Crawford, might take notice and take action to make the neighbourhood safer.

The light is reflective but not blinding, he says.

"It's like the same effect as a sequin dress is – it doesn't blind you."

So far, his neighbours seem to like the tree and no one has complained, he says. 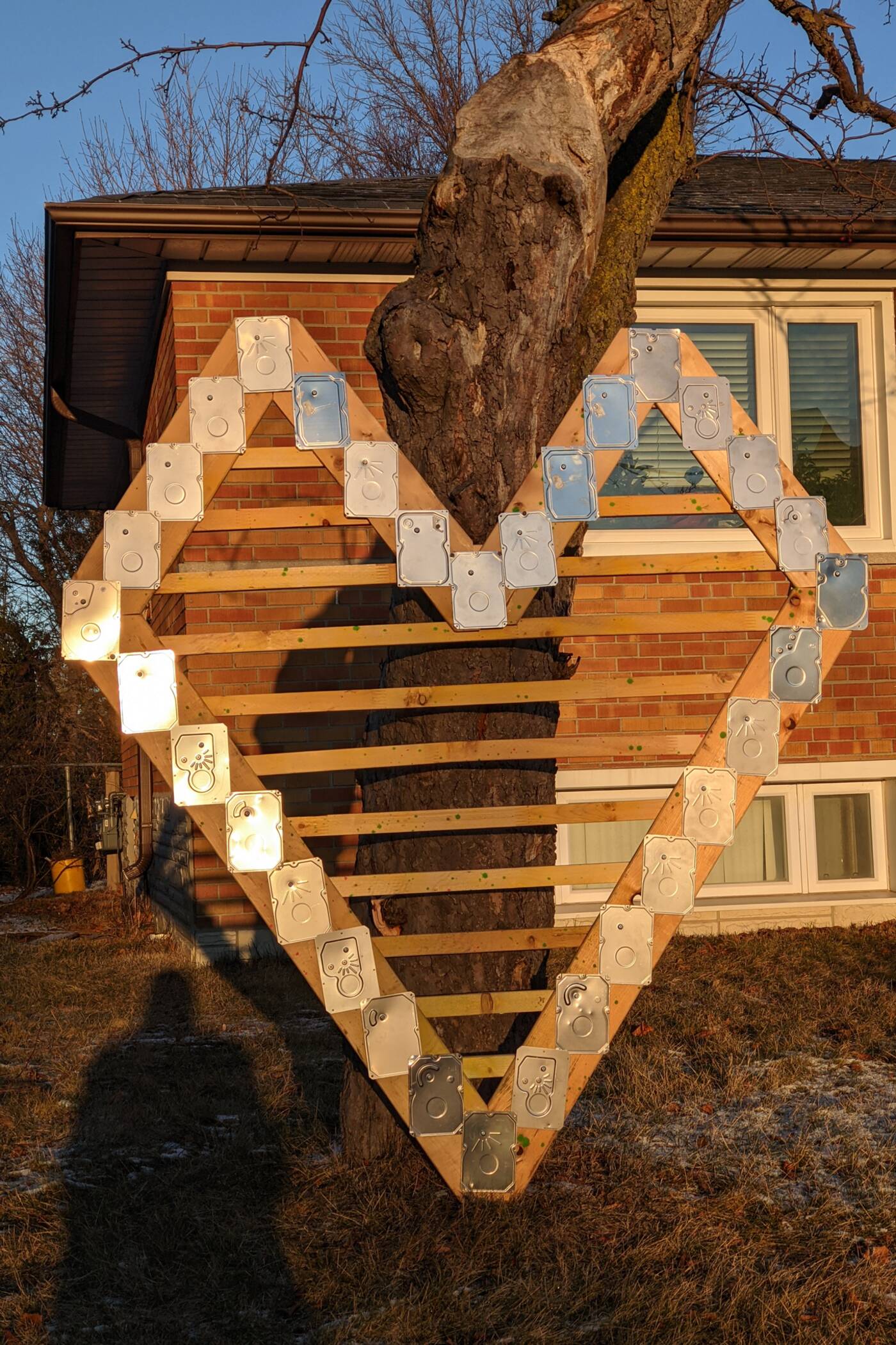 A former IT worker, Fee Gunn is focusing on art now. He made a heart out of hard drive covers for his yard, and he's also helped make fibreglass art creatures that hang from the Humber Bay Arch Bridge.

Fee Gunn says his father was an electronics engineer for IBM, so he grew up around electronic components.

"I always thought the electronics looked beautiful, and now I make stuff out of them."