Huge photographs of students are appearing on the exterior of a Toronto high school and a gallery this summer as part of a multi-site exhibit, the first of its kind in Scarborough.

The photos are part of the Scotiabank Contact Photo Festival's Three-Thirty installation from Aaron Jones, Ebti Nabag and Kelly Fyffe-Marshall in the Scarborough community of Malvern.

"In order for you to see the show, you have to map Scarborough, you have to walk through Malvern, you have to become familiar with a community. Many people have seen as this place of disregard according to Toronto media," Jordan says.

In the school exhibit, Nabag worked closely with students of Pearson Collegiate Institute, holding photography workshops in February and March of 2020 just before the pandemic. 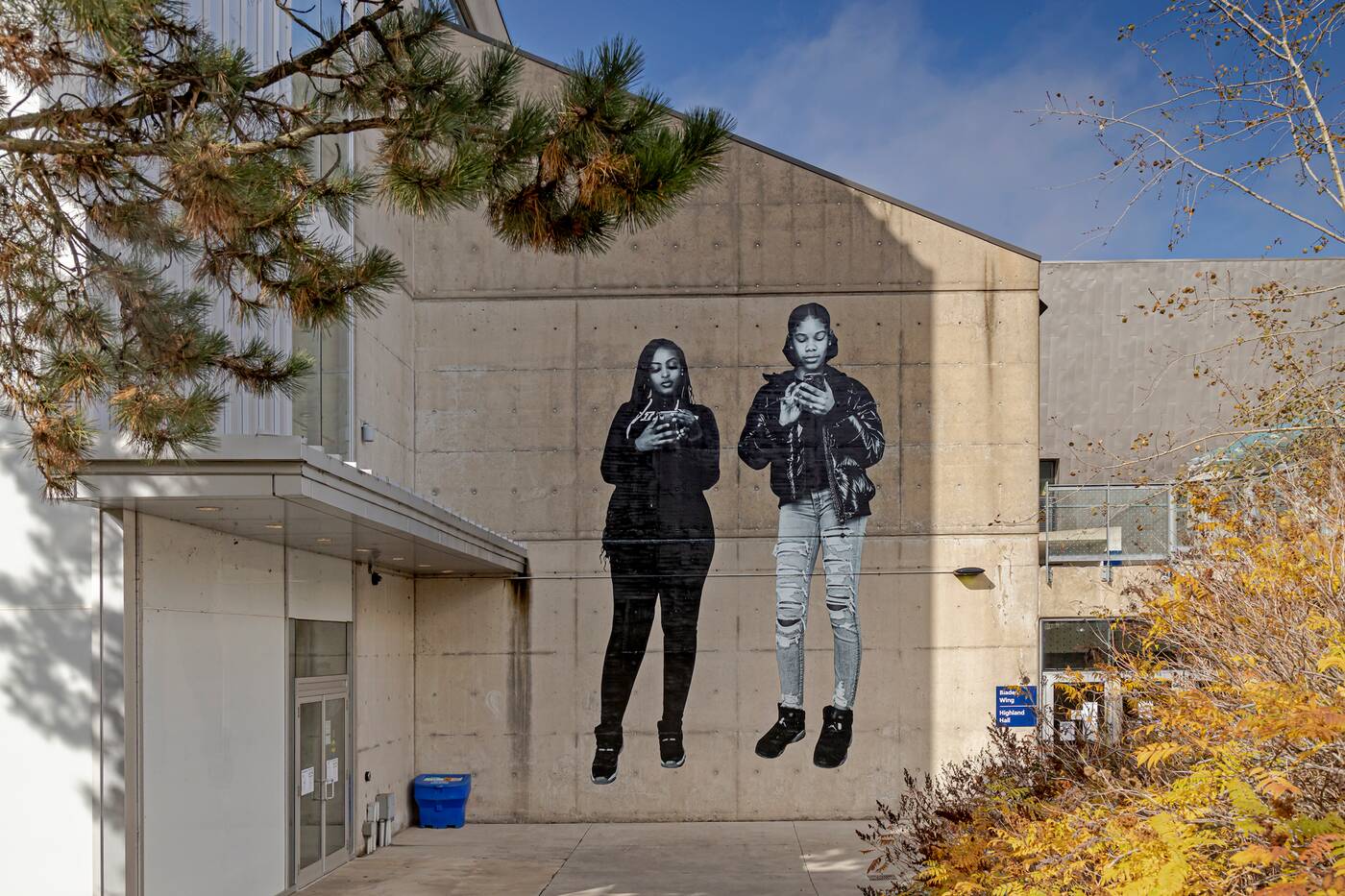 Ebti Nabag's The Bubble of Youth, part of Three-Thirty, is seen at the Doris McCarthy Gallery.

The photos have been mounted on one of the school's external walls at at Doris McCarthy Gallery, and Nabag's work integrates elements of the building's brickwork and interior design into the imagery.

"I think it created a lot pride, in not just the school in being able to have your friends on the front of this building, but also in the community," Jordan says.

The project started with youth, and the title Three-Thirty refers to that after school time when students are between school and home and can be their own self. 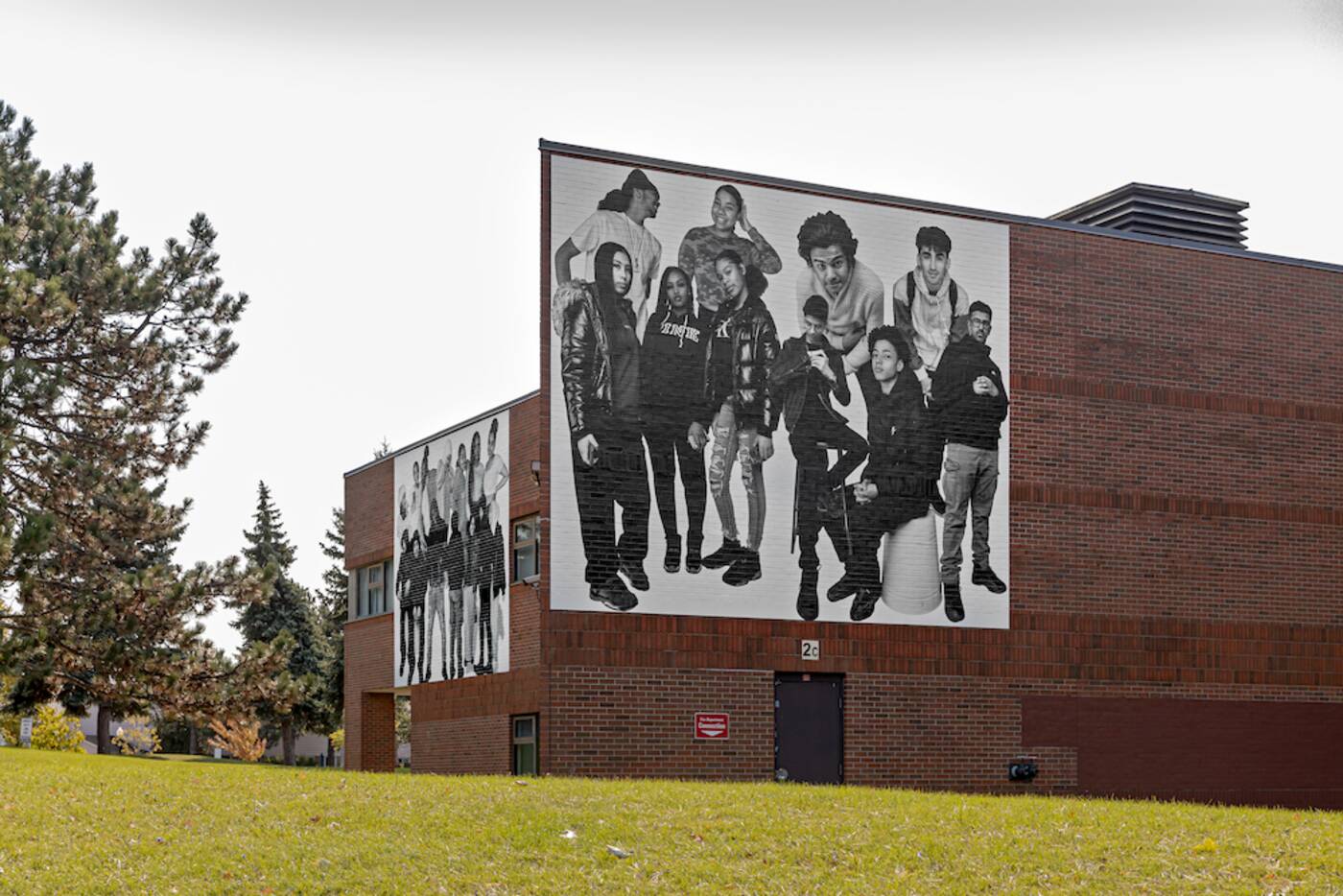 Ebti Nabag's The Bubble of Youth, part of Three-Thirty, is seen at  Lester B. Pearson Collegiate Institute, 150 Tapscott Road in Scarborough.

Malvern has one of the largest demographics of young people in Toronto, but after COVID-19, Jordan expanded the concept of the exhibit as they could no longer meet youth in person.

"I opened it up toward giving space to the artists to think more broadly about people in general who are told they don't have power to make changes in their community but are actually constantly doing so regardless," Jordan says.

The exhibit is on the outside of buildings but also inside the Doris McCarthy Gallery at the University of Toronto Scarborough campus (when permitted to be open under lockdown guidelines).

Three-Thirty includes collages from Jones on the façade of the Malvern Public Library and at the Doris McCarthy Gallery.

The images for the collages come from the library branch's Rita Cox Black and Caribbean Heritage book collection. This resource, housed at only three other Toronto Public Library branches, is recognized as one of the most significant and comprehensive collections of Black, Caribbean, and Canadian literature in Canada. 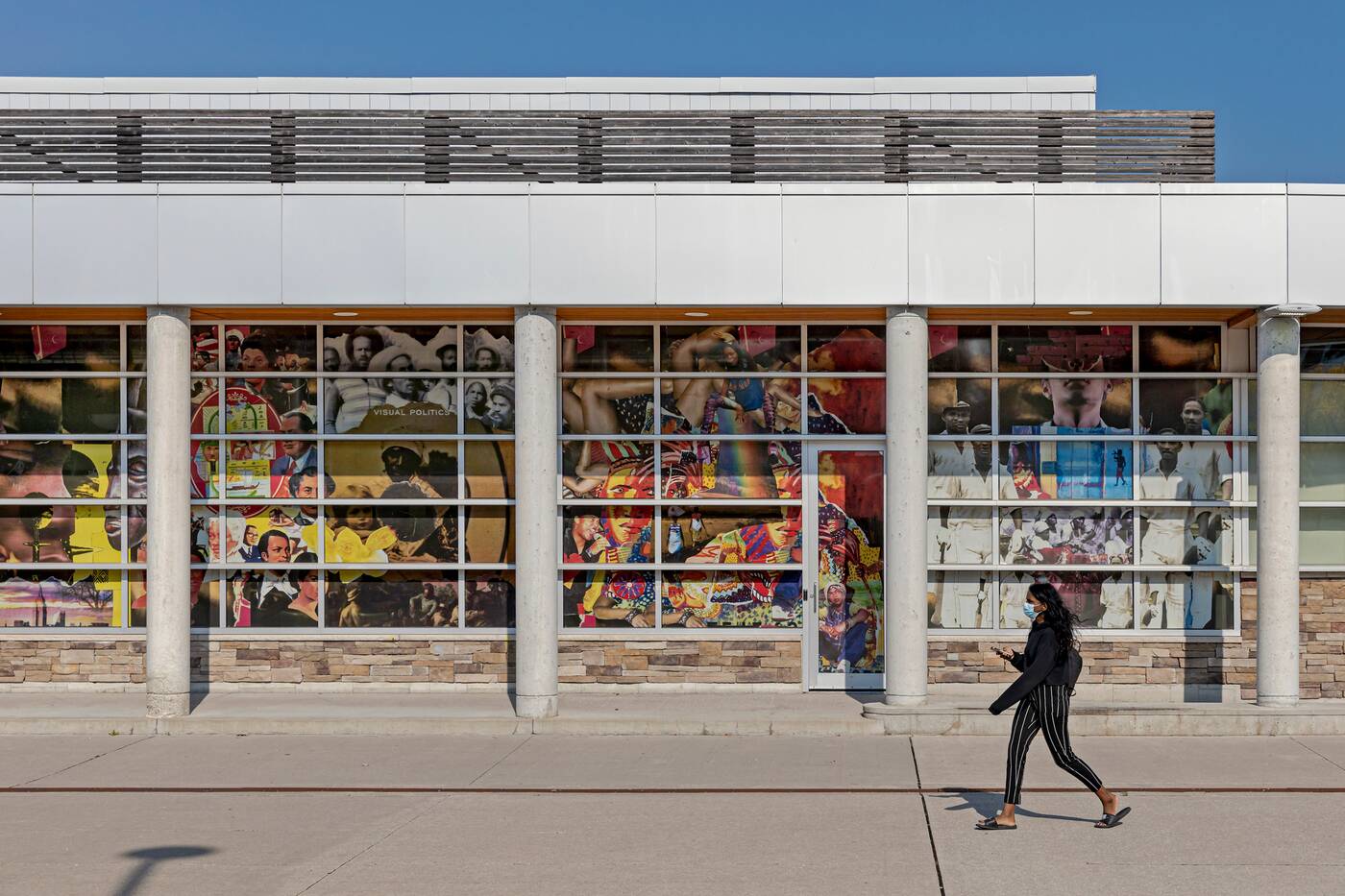 Jones' work generates provocative and compelling juxtapositions between Malvern's archival materials and images found in the Cox collection that speak to issues of Blackness, history, and Canadiana.

Film director Kelly Fyffe-Marshall's three-channel video installation, shown at the Doris McCarthy Gallery, depicts recent interviews with an intergenerational group of Black people who are asked what power looks like for them now.

If you visit this exhibit, Contact also has a second exhibit in Malvern this year, titled Gods Among Us by Esmond Lee.