A residential street in Toronto is quickly becoming something the city is lacking — a monument to inspirational women.

Textile artist Skeeter Jones tells blogTO she started a street art project out of a desire to balance out the inequalities in Toronto. It started with a conversation with a friend — they noticed how many statues in the city are of white men, yet more than 50 per cent of the population is women.

"Less than one per cent (of statues) are women and the majority of those one per cent are faceless women," Jones says, referring perhaps to such mostly symbolic representations as The Ascent or Immigrant Family. 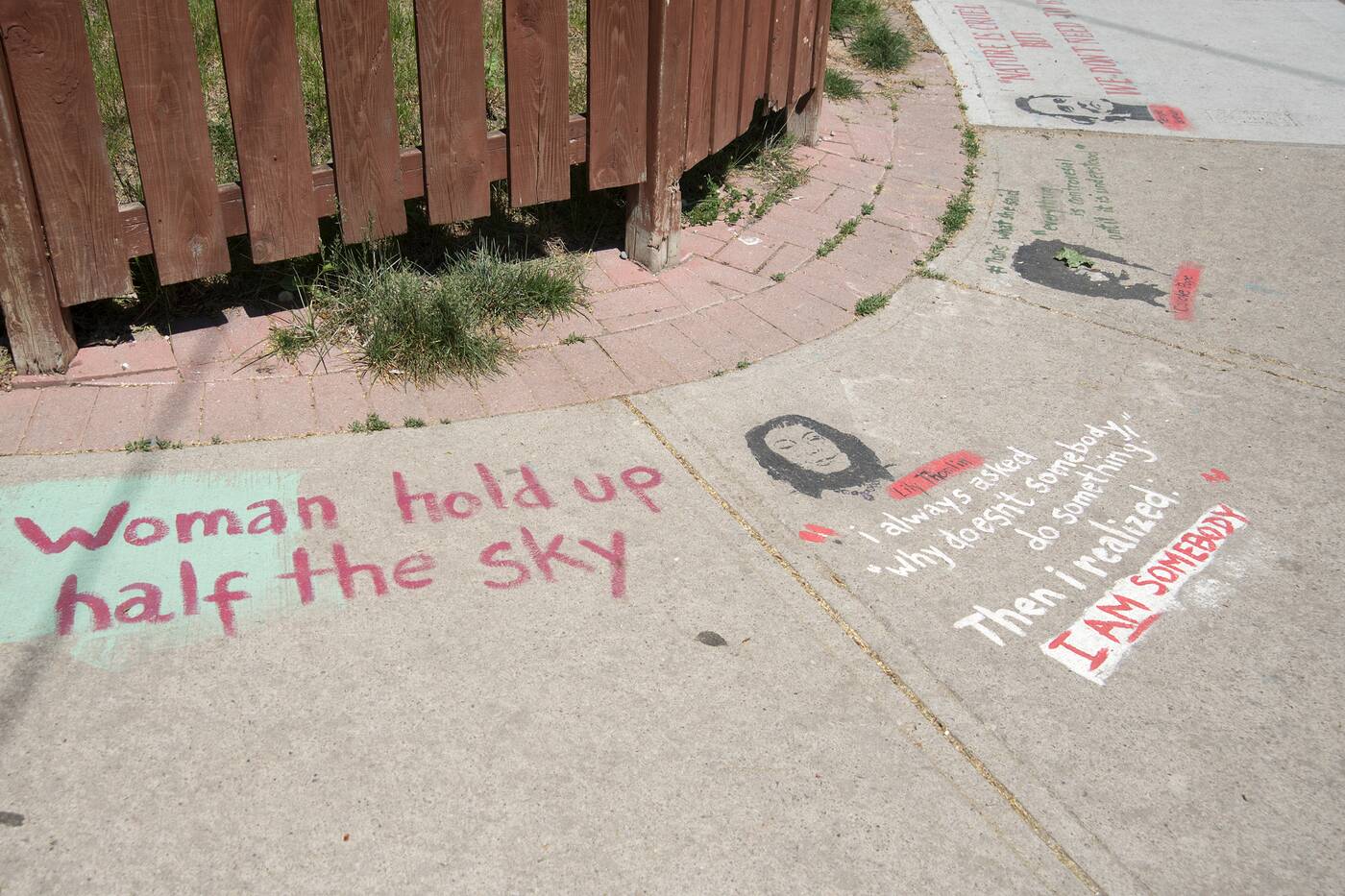 Shanly Street and part of Salem Street in Dovercourt are part of a sidewalk street art project.

Jones decided she could do something in her own neighbourhood to try to balance this out, and the Shanly Street Art project was born.

"I am going to make a monument to the people who have not been memorialized," she says.

Portraits of powerful and inspirational women, such as Viola Desmond, Sylvia McAdams and Helen Armstrong, along with a quote from the woman pictured, are painted on nearly 40 sidewalk squares on Shanly and Salem Streets in Dovercourt. 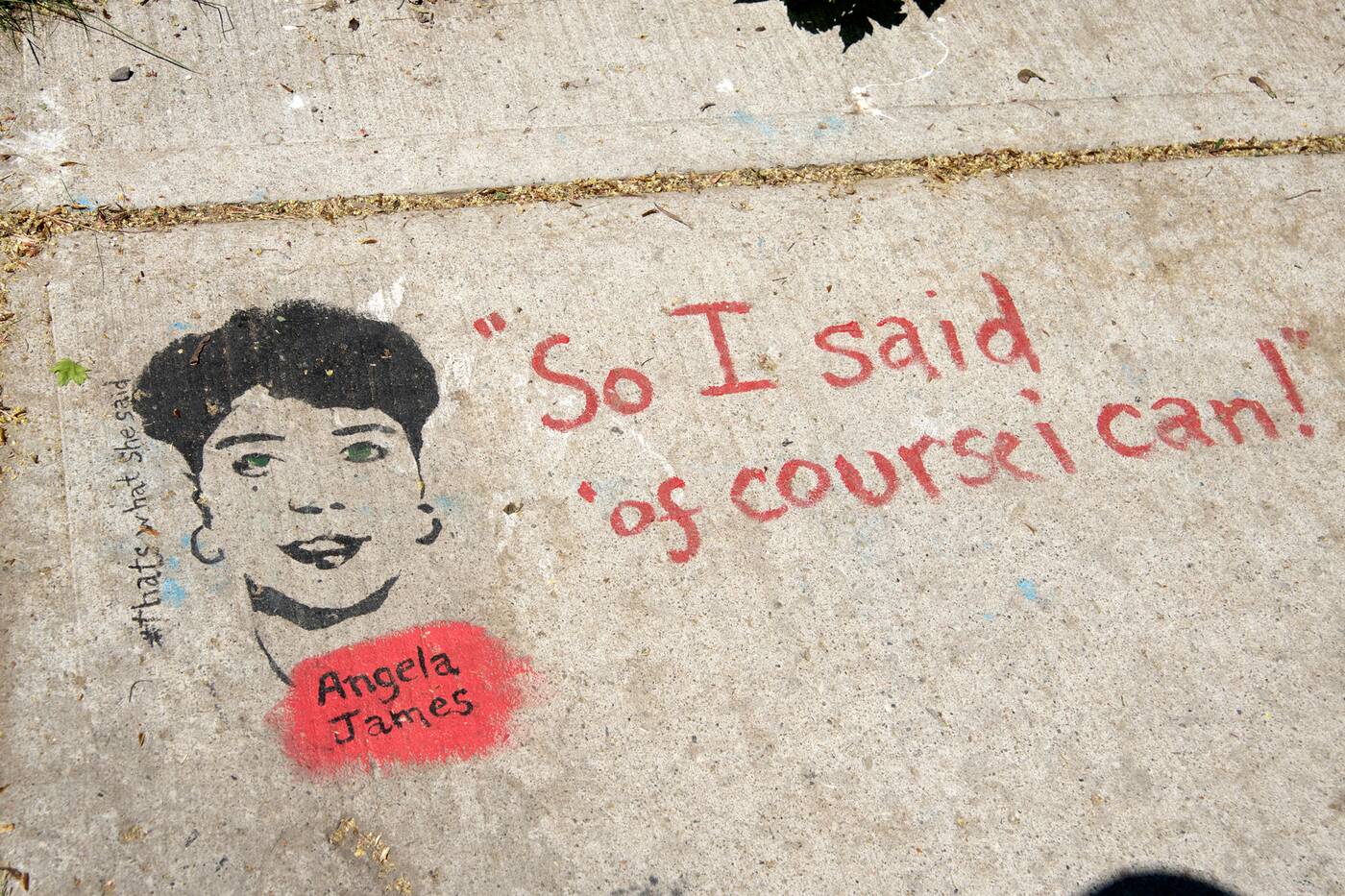 Hockey player Angela James is one of the women honoured as part of the project.

Jones draws the portraits in a street art style from easily recognizable photos and cuts them on cardstock stencils.

The importance of the project is heightened right now because of the pandemic, and how it has impacted women and marginalized people.

"COVID has laid bare a lot of inequalities," she says.

The quotes come from Jones' research — she has dug through audio interviews for some of the women.

So far the feedback from her neighbourhood and people passing by has been good. The artwork has inspired people to look up the women and learn more.

"There is an activist story behind all of these women." 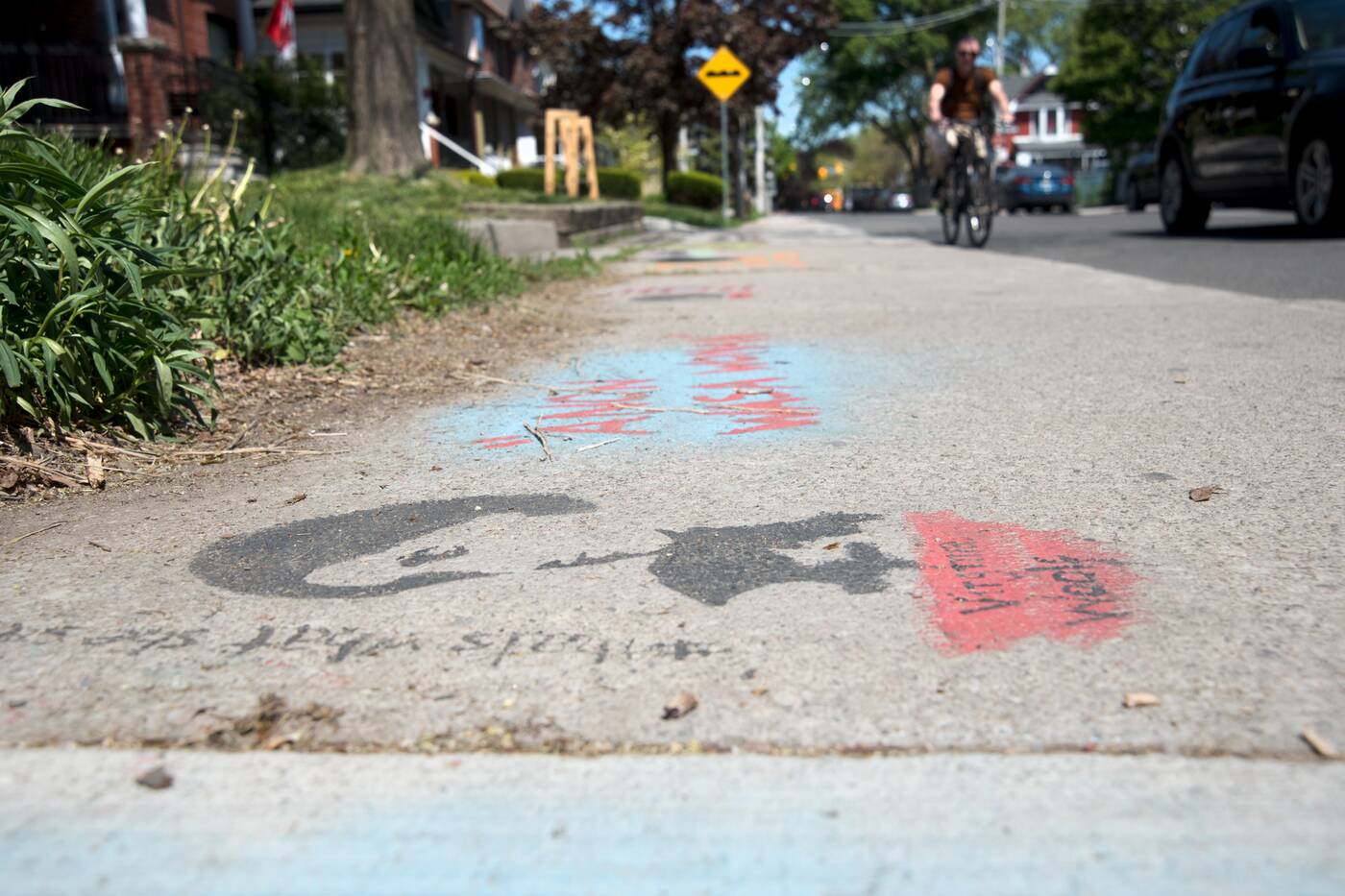 There are nearly 40 sidewalk squares painted at Shanly and Salem Streets.

Jones started at the beginning of May with Frida Kahlo, Ruth Bader Ginsburg and then Malala Yousafzai.

Then she kept going, and her neighbours and area residents requested women – such as Lucille Ball, Michelle Obama and Carol Burnett. Only one neighbour told her he did not want a painting in front of his home, so she respected his wishes. 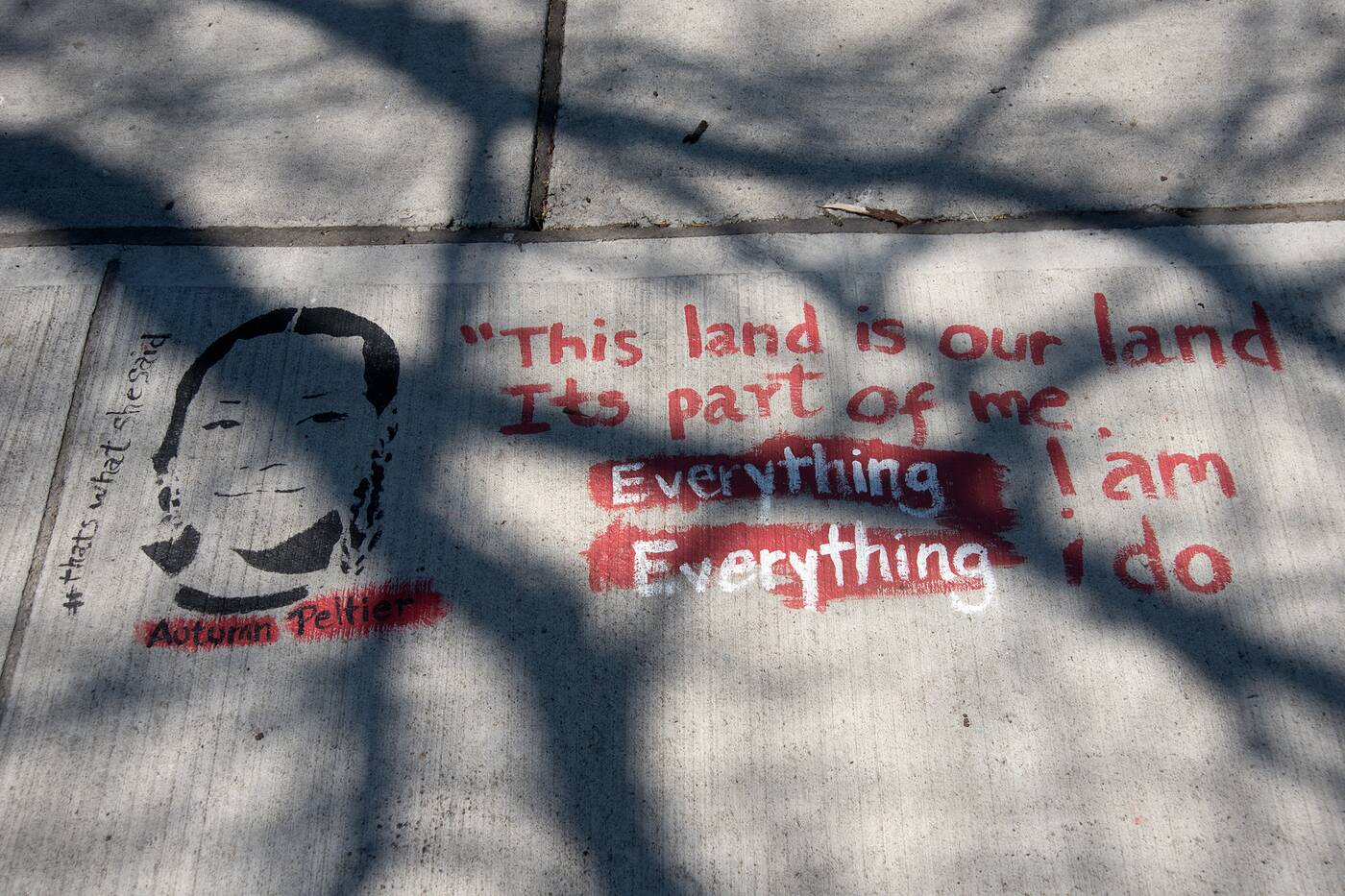 As of May 19, there were 38 women painted and Jones hopes to continue but she is running out of funding for supplies.

The artwork is temporary, made with water-based acrylics, which may last about a month, but the stencils can be re-used. 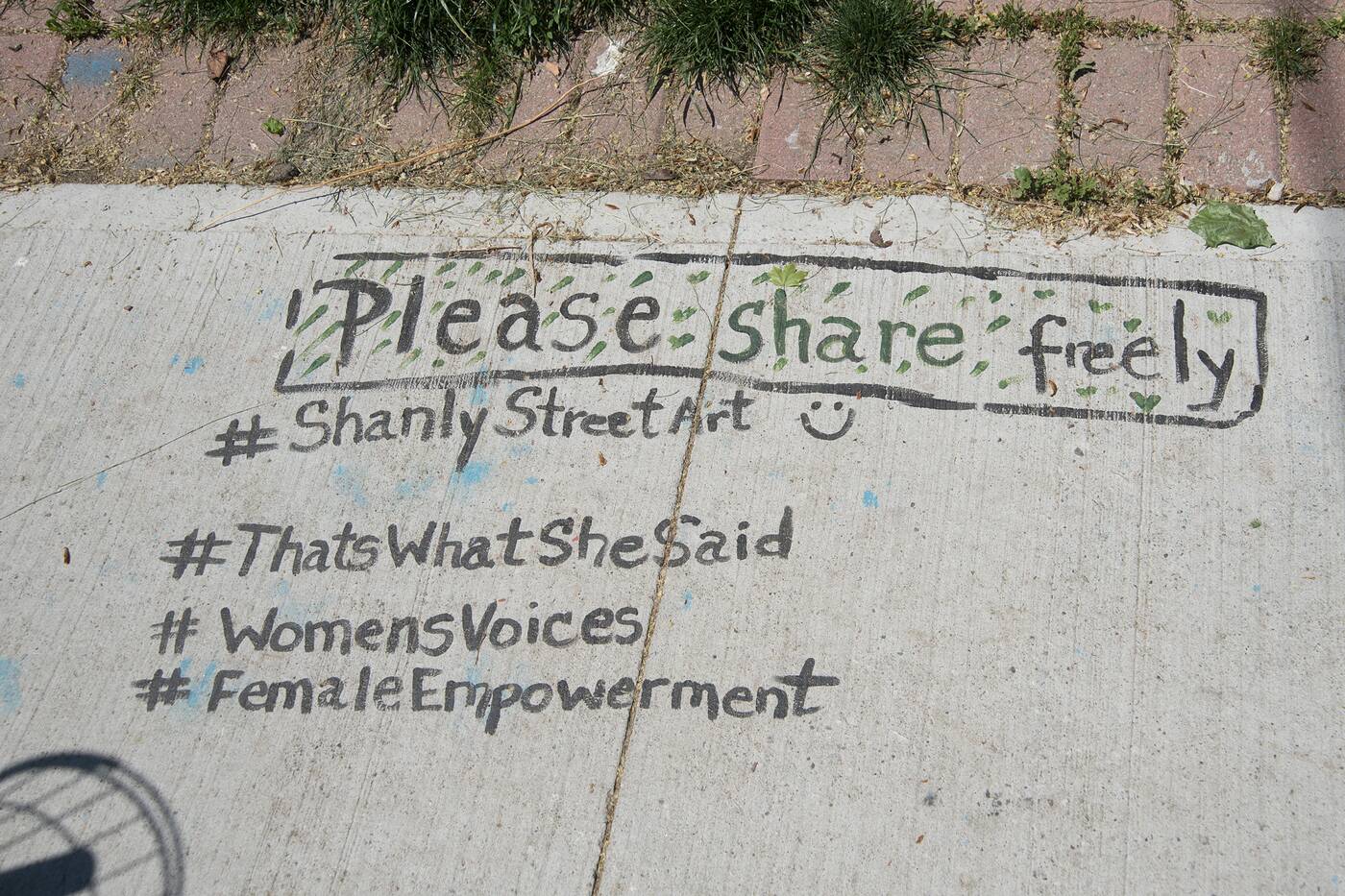 People are encouraged to share photos of the artwork.

Jones hopes to donate the stencils and facts about the women for a children's education program. If transferred to plastic stencils, the images could be silkscreened onto shirts or bags for a children's art class with a message about women.

"Wouldn’t it be great to see people learning about who these women are," she says.