Love and laughter go hand in hand, especially when it comes to the veteran comedian Ben Miner and his ideal Tinder match Jennifer Fader.

Even though the two have only been dating for a year, Miner says he was ready to get on one knee pretty much from the get-go.

"I knew very, very quickly that this was the person I want to spend the rest of my life with," the comedian and SiriusXM host of Just For Laughs told blogTO.

"I met Jen when I was a few months away from turning 40. That's at that point when you're like, I guess this is it. I've got a cool career and get to do some fun stuff, can't be angry about that. Then the universe said, 'Yo, check this out, we've got a cherry for the sundae.'" 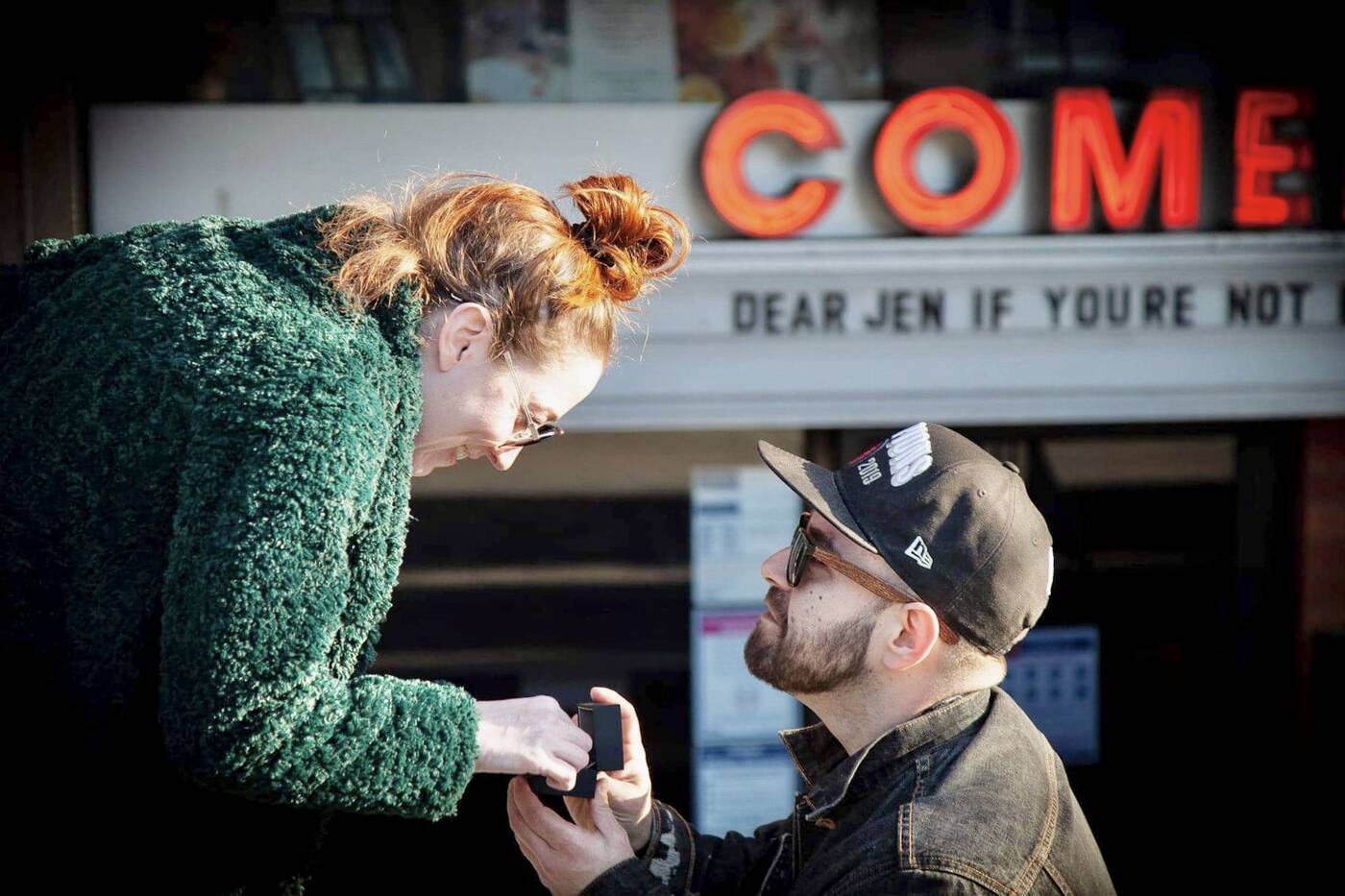 Miner got the owner of the Comedy Bar to put the question on the marquee. Photo courtesy of Reese Turner.

He told Fader they were doing a socially distanced present dropoff for a friend to get her to come to the bar with him.

Miner also knew he wanted to propose at the Comedy Bar on Bloor Street West where he's been doing standup since it opened 10 years ago.

With help from the owner Gary, Miner would pop the question with a few simple words on the comedy club's marquee, "Dear Jen if you're not busy later can we get married."

"I literally made her carry the gift bag for part of the way that had her ring in it," Miner says.

It turned out Fader, who moved to Toronto from Vancouver five years ago and works as an actor and expressive arts therapist, wasn't too busy later and said yes without hesitation. 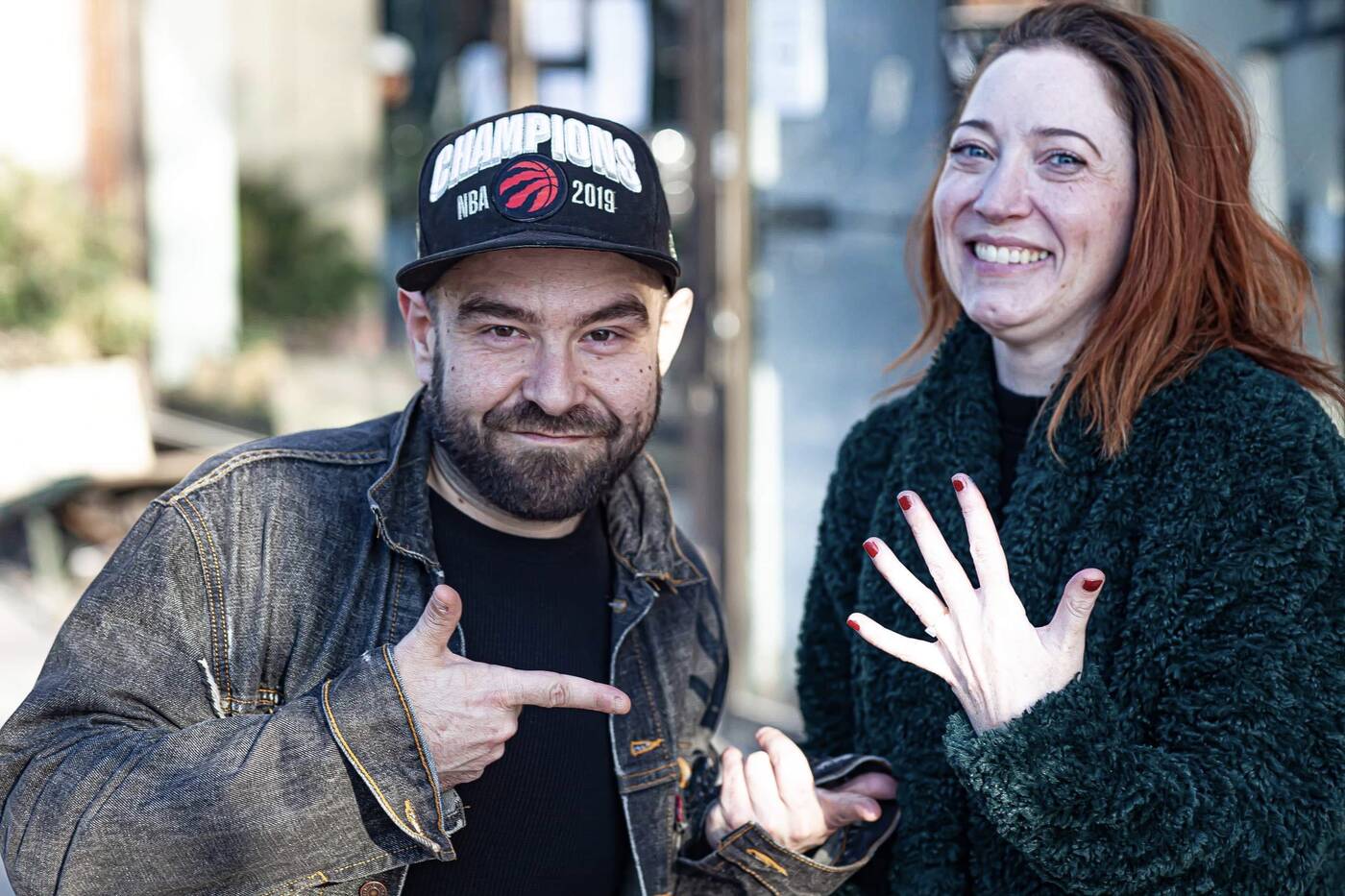 The proposal comes a year after Miner and Fader met. Photo courtesy of Reese Turner.

Fader says it was an instant connection for her as well. It helped that Miner, who was also a contestant on the first season of Master Chef Canada, cooked dinner for them on their first date last April.

"He came over and cooked me an amazing steak with blue cheese butter," Fader told blogTO. "He made me laugh, cooked me food and told me I was pretty. And that was it."

Although Miner's stand-up is currently on hold due to the pandemic, Fader was still able to watch one routine of his this past summer when he put on a private show for a few friends to raise money for an Oculus headset for a friend of theirs suffering from Huntington's disease. 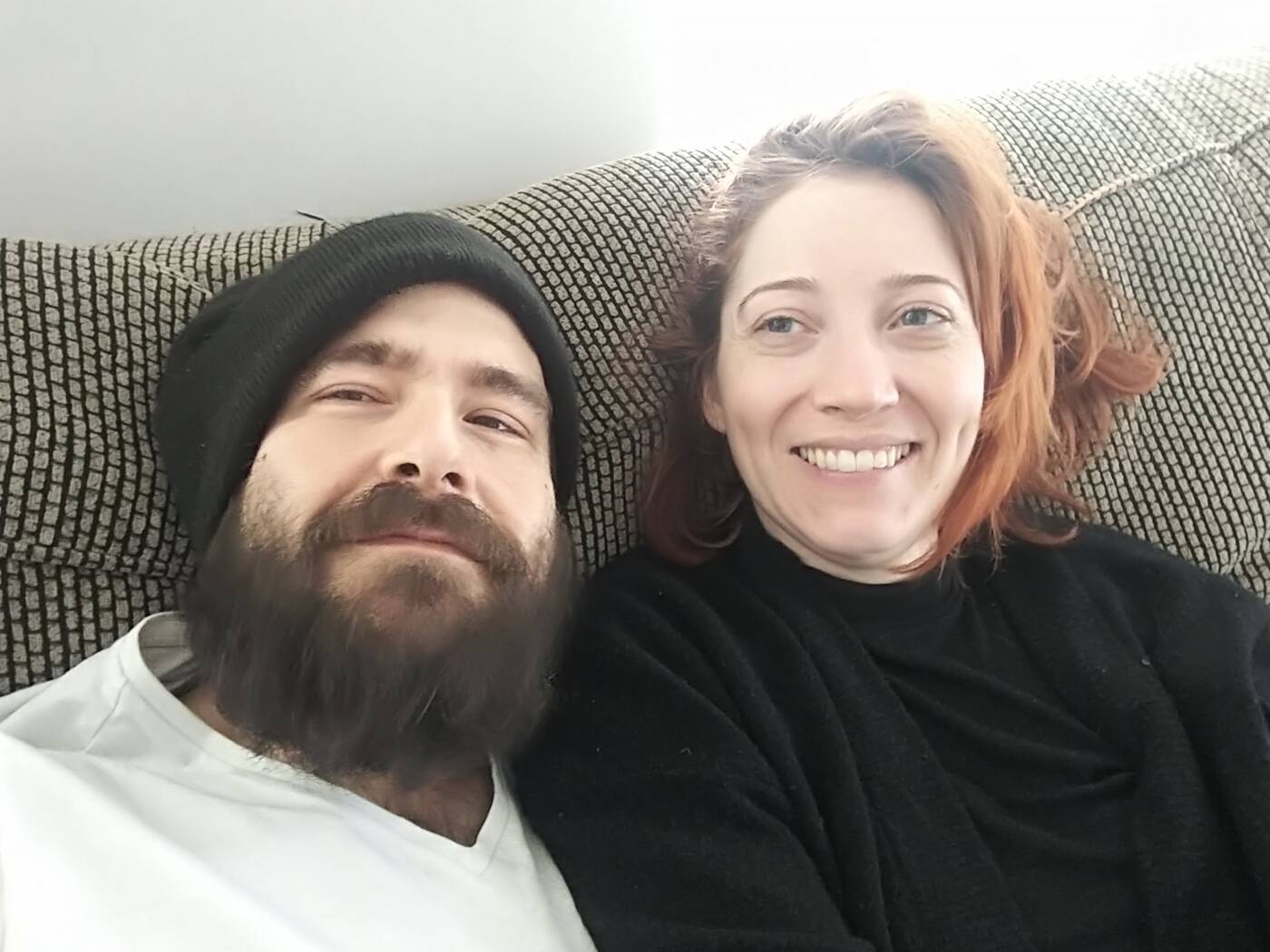 Miner and Fader on their first date back in April. Photo courtesy of Ben Miner.

"The beautiful backyard show just kind of cemented why I love him," Fader says.

Miner says Fader was also there for him in a huge way when he met his half-brother and half-sister for the first time over Zoom this past December.

"It took me a little while to connect with my siblings and being alone in doing that was kind of frightening," he says. "I don't know that I would have been able to do that without Jen."

Planning for a quick engagement and a small wedding, the couple is beaming ear to ear, despite a rollercoaster of a year.

"This past year has been really good for me despite everything," Miner says. "Just meeting Jen changed my life in every single way."