With just about 400 bird species in Toronto, Nathan Cole has photographed over 100, and he isn't putting his camera down anytime soon.

"Especially during these times, it's incredible to go out and spend time in nature and see what diversity of wildlife is around us at any given time," Cole told blogTO. 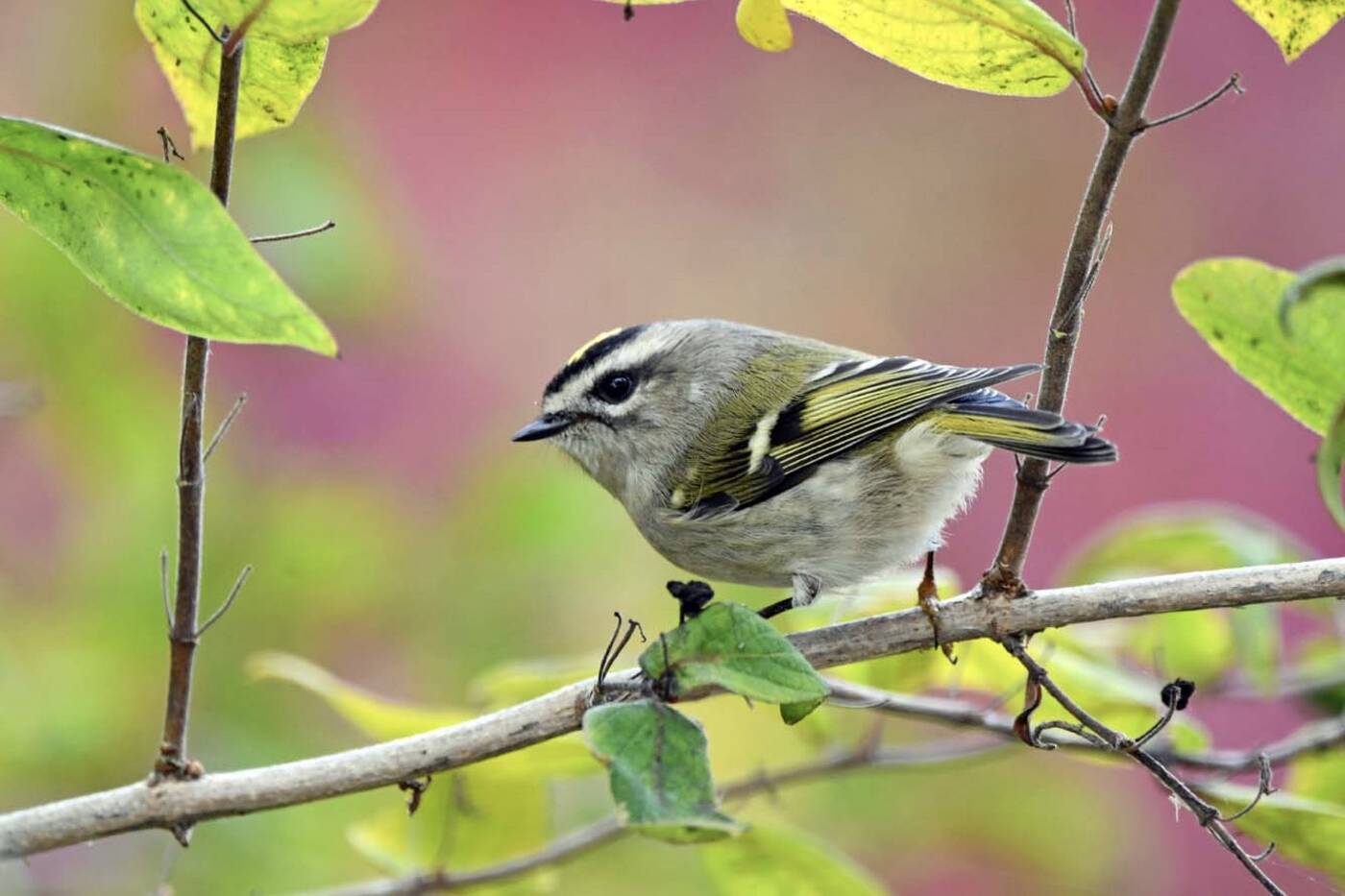 A Golden-crowned Kinglet in Tommy Thompson Park this past October.

Though he studied art at Western University about 16 years ago, Cole didn't really start getting into photography until he took a medical leave of absence from his job as an editorial supervisor in 2019.

"I started struggling with my mental health while I was there and it was taking a bad toll," he said.

"Being out in nature helped me get back to health and restore some of my spirits. It made me realize that maybe I wasn't on the right path and helped me make the switch." 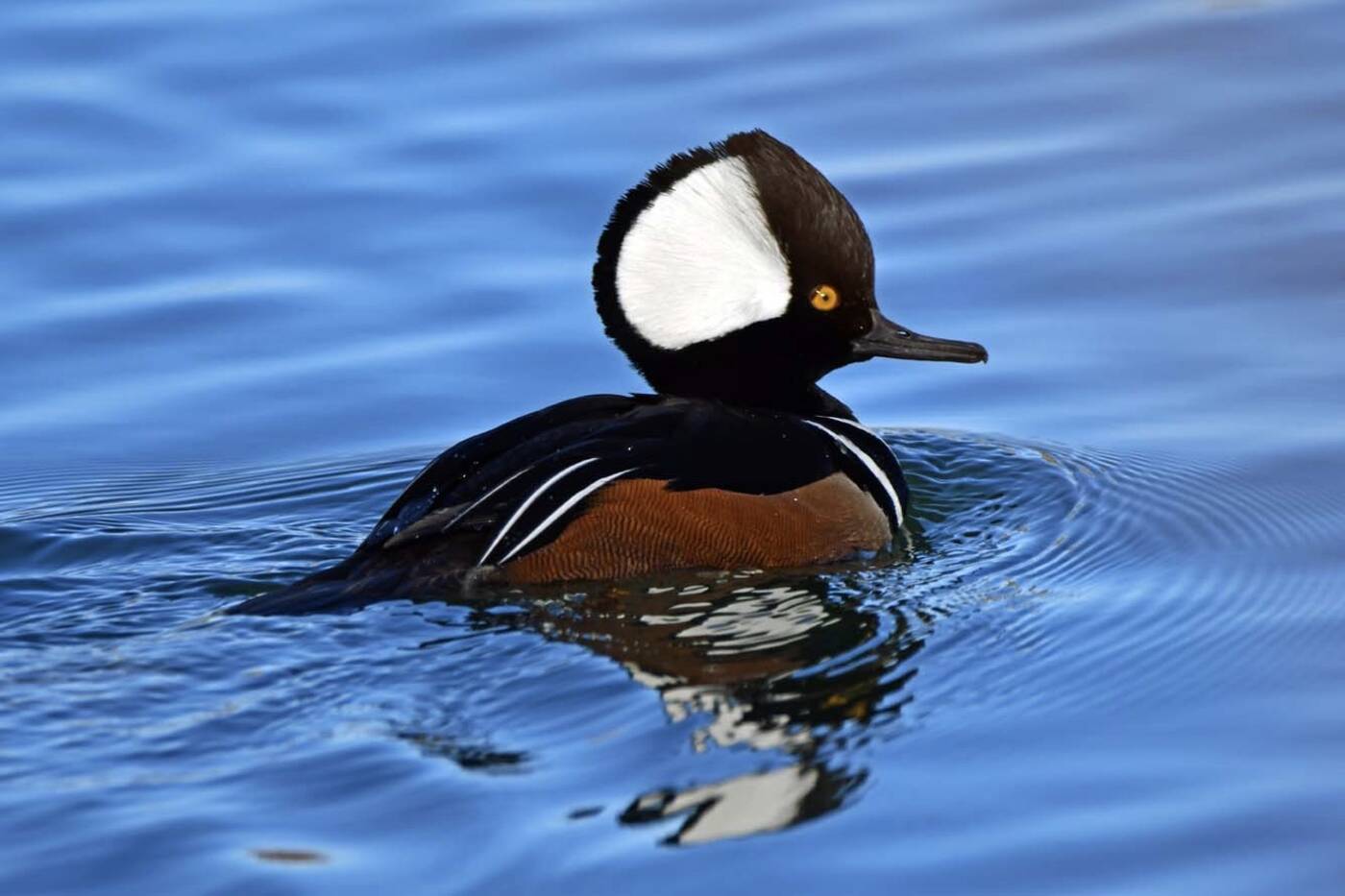 The wildlife photographer's fascination with his feathered friends started shortly after, during a month-long art residency in Costa Rica.

During his time in Central America, Cole was focused on taking photos to use as references for his scratchboard art.

"I did a lot of wandering with my camera and spending time in nature and looking for animals. I found sloths and armadillos, and so many types of butterflies and birds. That kind of kick-started my appreciation," he said. 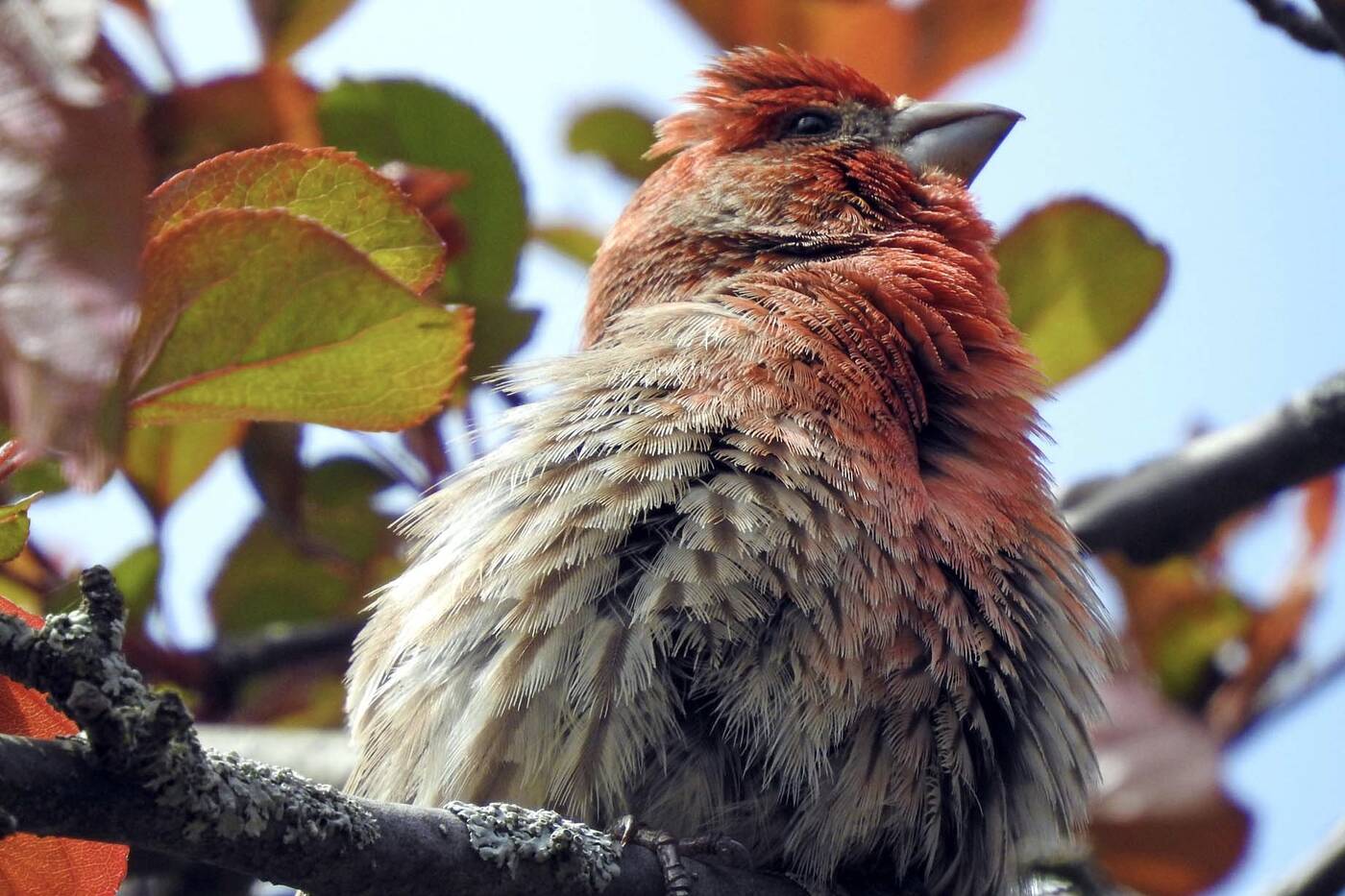 A House Finch with ruffled feathers found in High Park.

"Birds are usually far more accessible than a lot of mammals and amphibians. And I quickly realized there was so much depth there and so much to learn, which drew me in even more."

Usually out exploring about five days a week, Cole has captured photos of some beautiful birds including a Hooded Merganser, House Finch, Golden-crowned Kinglet, Blue-headed Vireo, and a Red-tailed Hawk.

"It's been interesting to shoot in all of the different seasons to see what types of different species will come out, and also how the birds themselves change with molting and breeding periods," Cole said. 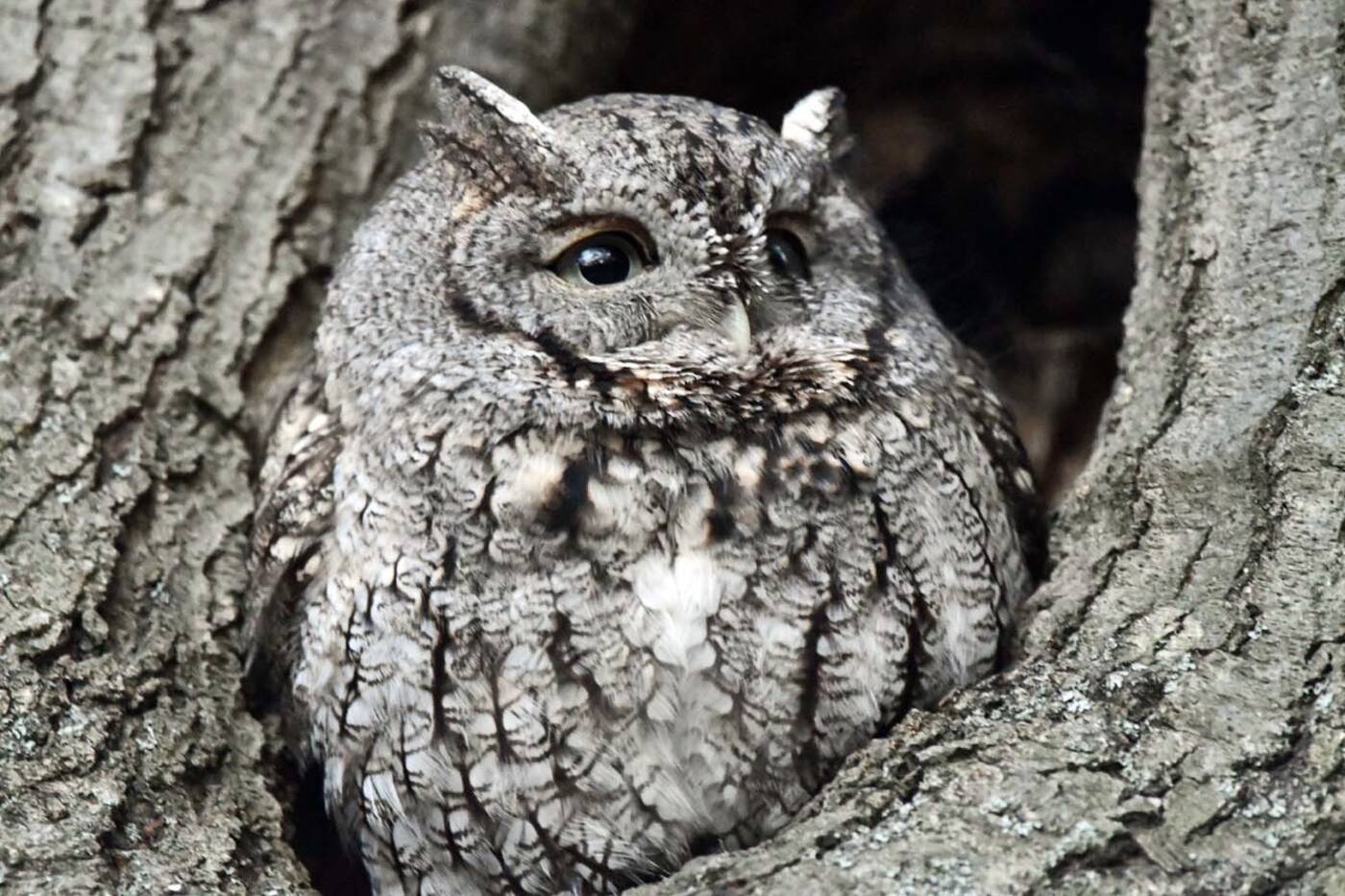 An Eastern Screech-owl blending into a tree in High Park.

"I've shot owls for the first time this year when I spotted a great horned owl and eastern screech owl in High Park. They get stressed very easily unlike a lot of other birds so I'm learning how to photograph them in a responsible way."

Including another residency in India where he took photos of a wild leopard and a tiger, the list of animals besides the many bird species Cole has photographed has also been growing.

"I've been chronicling every type of wildlife species that I've encountered since I started and I'm up to over 300 species throughout the world now." 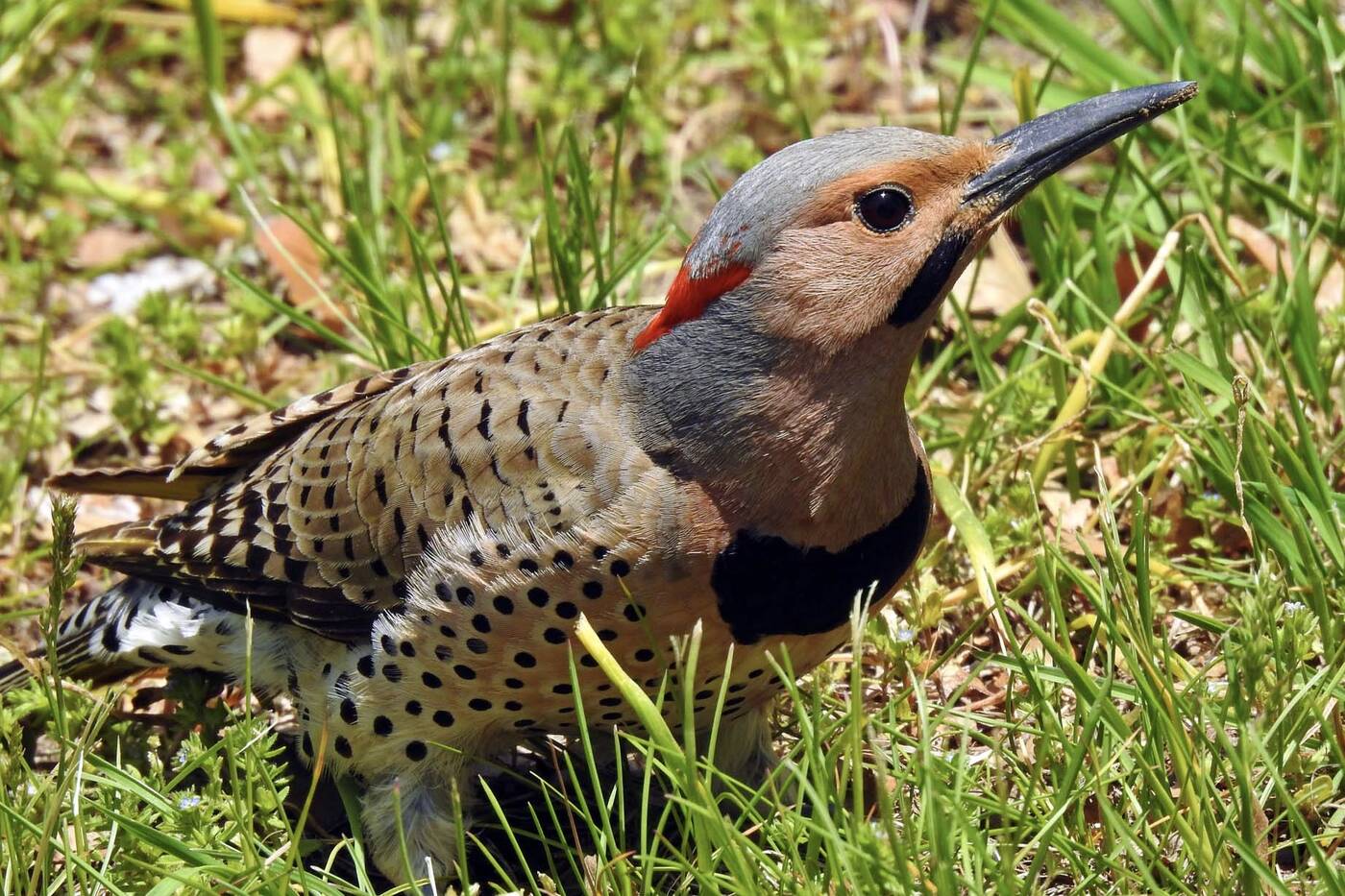 A Northern Flicker walking in the grass at High Park.

He has photographed 150 species in Toronto alone.

"Even for me, who's been interested in animals my entire life, I really had no idea that there were so many species around us," said Cole. "It helps to remind us of the importance of having green spaces around and how important it is to protect these spaces."