Bhagwant Singh, 75, started focusing on his art a few years ago, and now wood burning remains a very personal and creative pastime.

Singh, who has his Masters in Economics and worked as a chief manager at a bank in India for 30 years of his life, says he's always been artistic.

"In my school days, I would draw pictures on a chalkboard all around the house," he told blogTO.

Having moved to Etobicoke from India with his wife in 2013, Singh only started really getting back into art after his wife passed away from cancer in 2015. 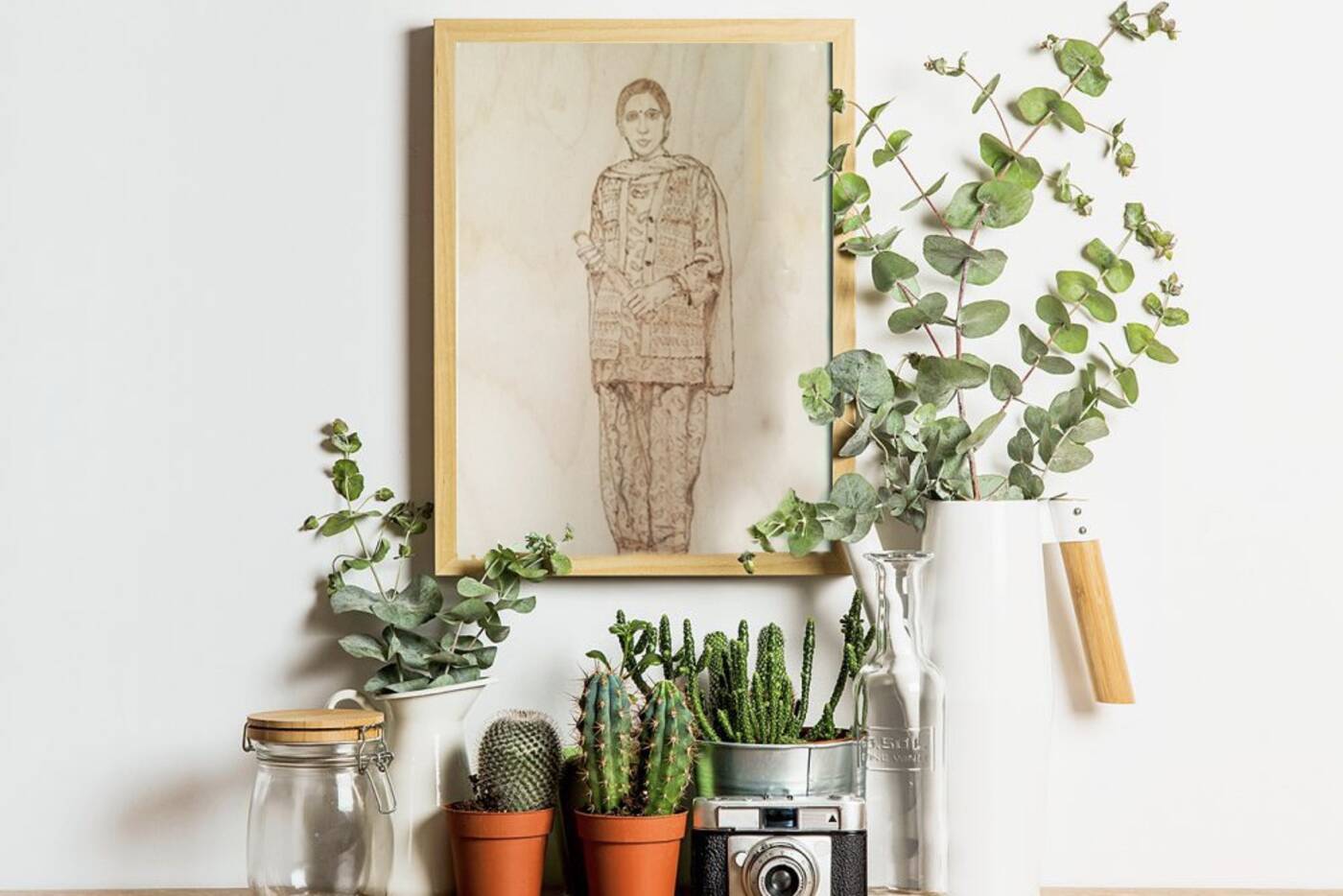 A woodburning of Singh's late wife, which is based on the photo that was sent to his family for matchmaking in India.

He kept busy with art classes at Thistletown Community Centre.

"I started wood burning, glass staining, water colour painting, wood carving. It helped me with the loss of my wife."

His daughter, who works as an artist and illustrator, Parmeet Arora Bori says wood burning is something her father kept up with ever since his first class where he learned how to wood burn a robin.

"Because it's like drawing, he found it quite therapeutic and since it doesn't require many materials, he was able to keep doing it from his bedroom." 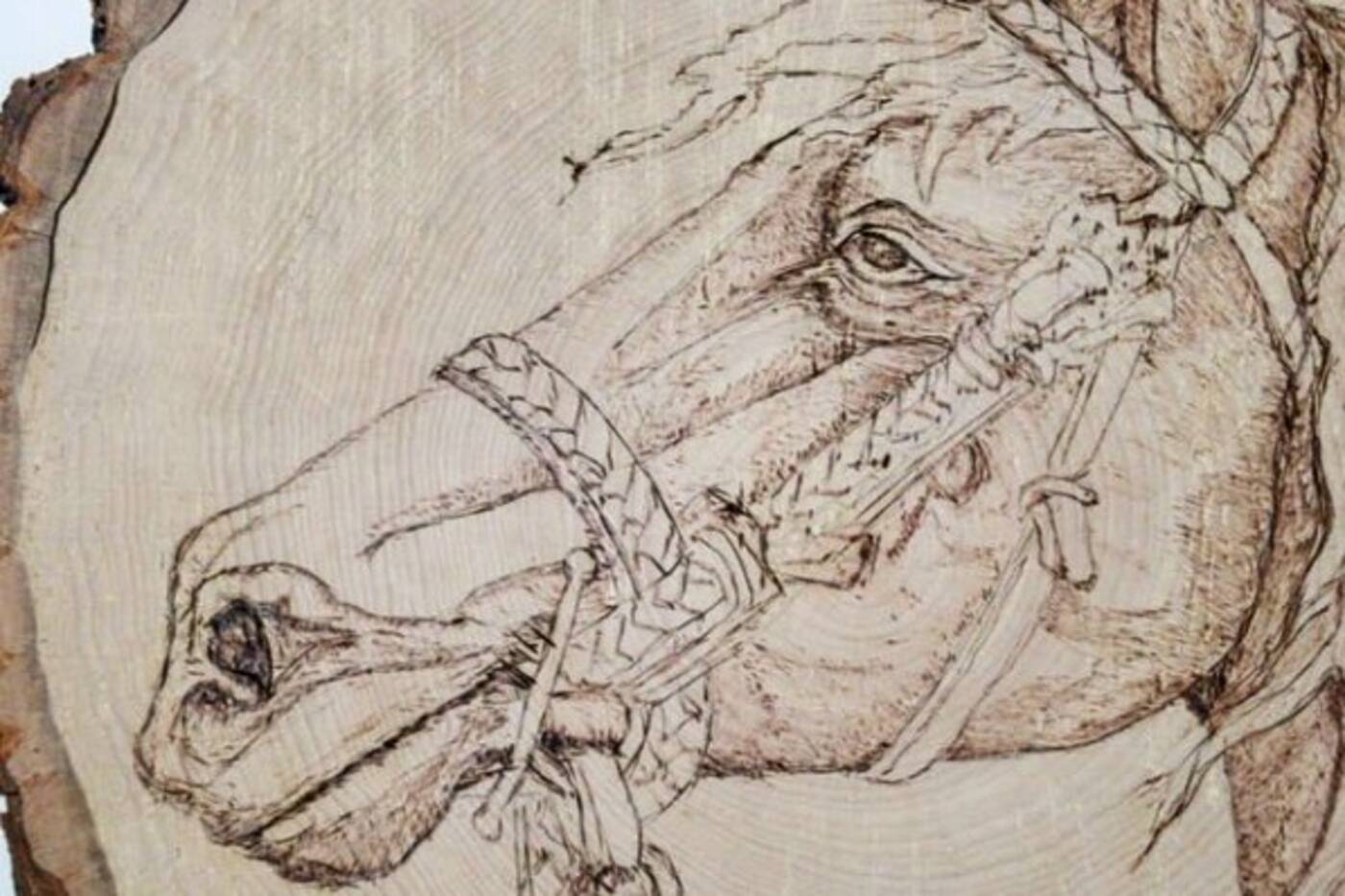 Singh does many wood burned portraits of pets and animals.

Since he started wood burning in 2018, he's completed about 60 different pieces carrying out requests from family members and friends.

"He's done a portrait for my uncle who's back in India. Just last year, one of his friends passed away, so he did a portrait of his friend for the family. He's also been doing it for community members who he's met," Arora Bori says.

Arora Bori is in the midst of creating an Etsy account for his work while Singh continues to create pieces for anyone who's in need of a wooden portrait, whether it be of a family member or a beloved family pet.

"Someone wants to give it to a friend whose cat passed away and someone else has requested one of their dog who's battling cancer," Arora Bori says. "It's really quite special." 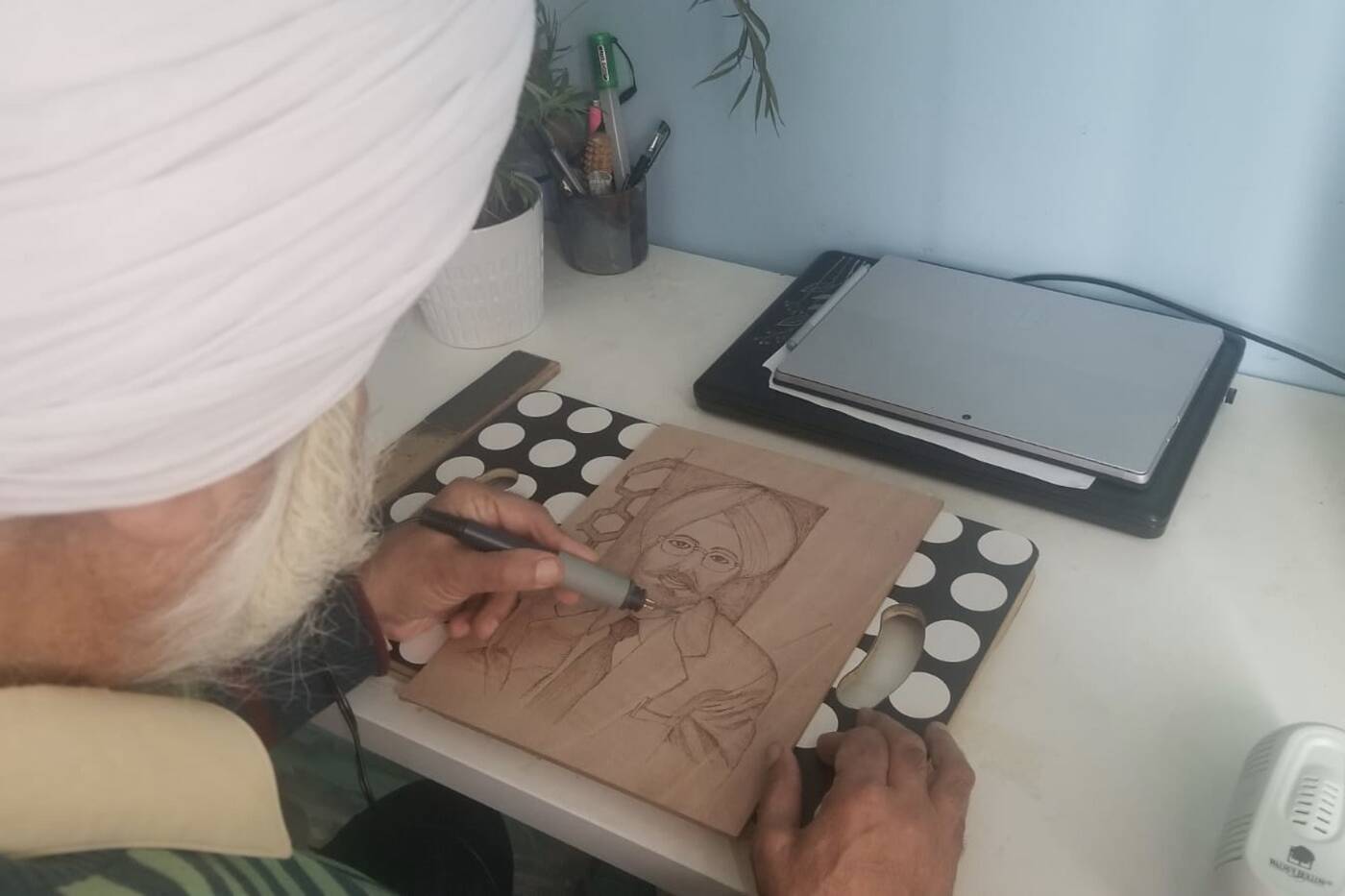 Singh in the middle of wood burning a portrait of his brother who lives in India.

Starting with hand-drawing the portraits on a piece of wood, usually birch, pine or basswood, using a photograph that's sent to him, Singh then goes over the drawing with a pyrography pen.

Though it depends on the photograph, Singh says it usually takes about six to eight hours for each piece in order to get the right amount of detail.

"It came out of doing a lot of wood-burning photos of my mom and it gives him a bit of closure to do it for others," Arora Bori says. "He knows how emotionally important it is for people to have that kind of handmade thing for them to remember them by."