This man is making epic snowshoe art in northern Ontario

Mesmerizing patterns have been popping up in the snowy fields of Schreiber, located more than 12 hours' drive from Toronto.

They're like crop circles—only instead of flattened grass, these intricate swirls and star shapes take their form in the pristine snow near the tip of Lake Superior. 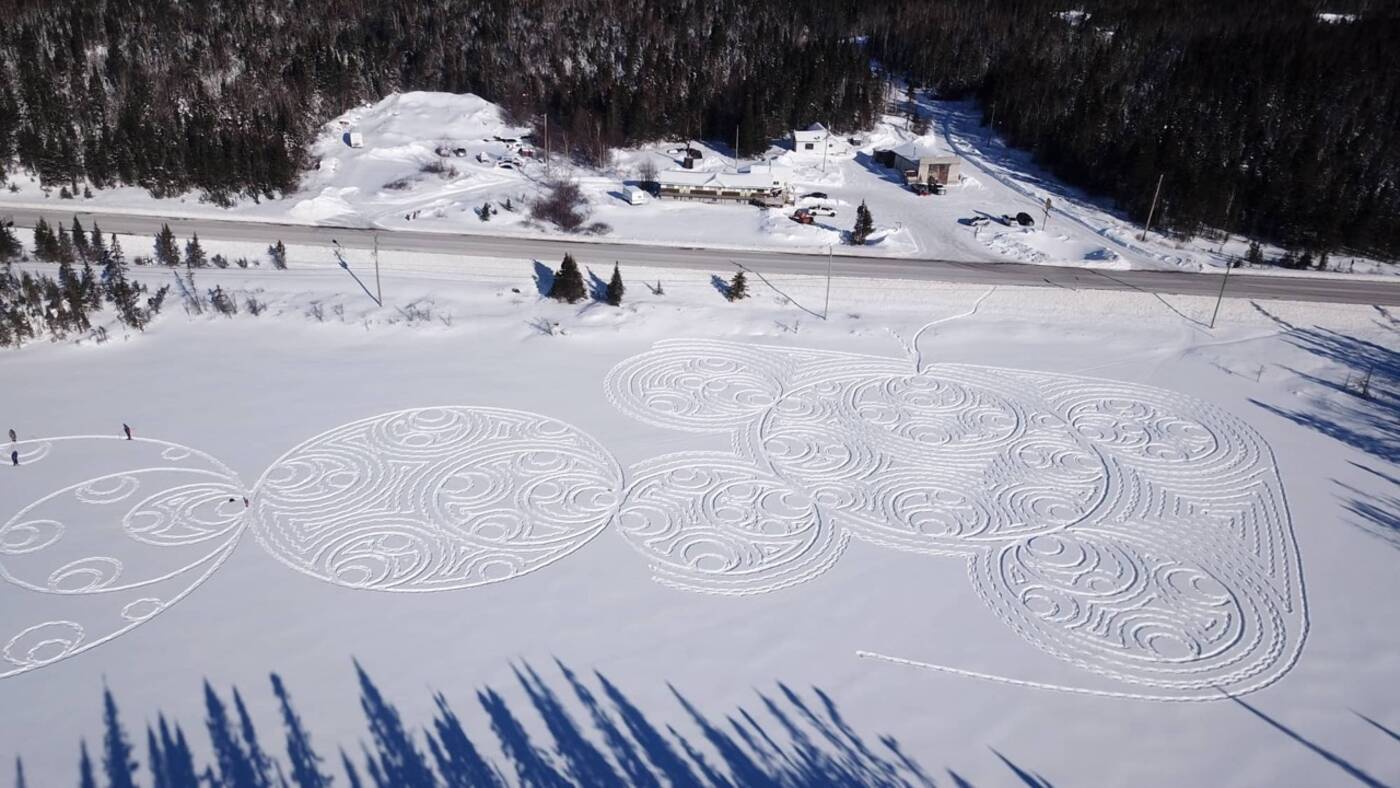 Kim Asmussen has been making snow art in Schreiber, Ontario since last year.

They take hours to do, but the end result, captured overhead by a drone, is well worth the effort for snowshoe enthusiast Kim Asmussen.

The retired school principal, who has been snowshoeing since the late 70s, has been making largescale snow art since last February.

Inspired by the work of the British snow artist Simon Beck, Asmussen says his own shoeshoe art can now span up to one hectare in size.

First he checks Google Maps for spacious areas that don't intersect with snowmobile paths. Once he has the dimensions of his 'canvas' he creates his design. 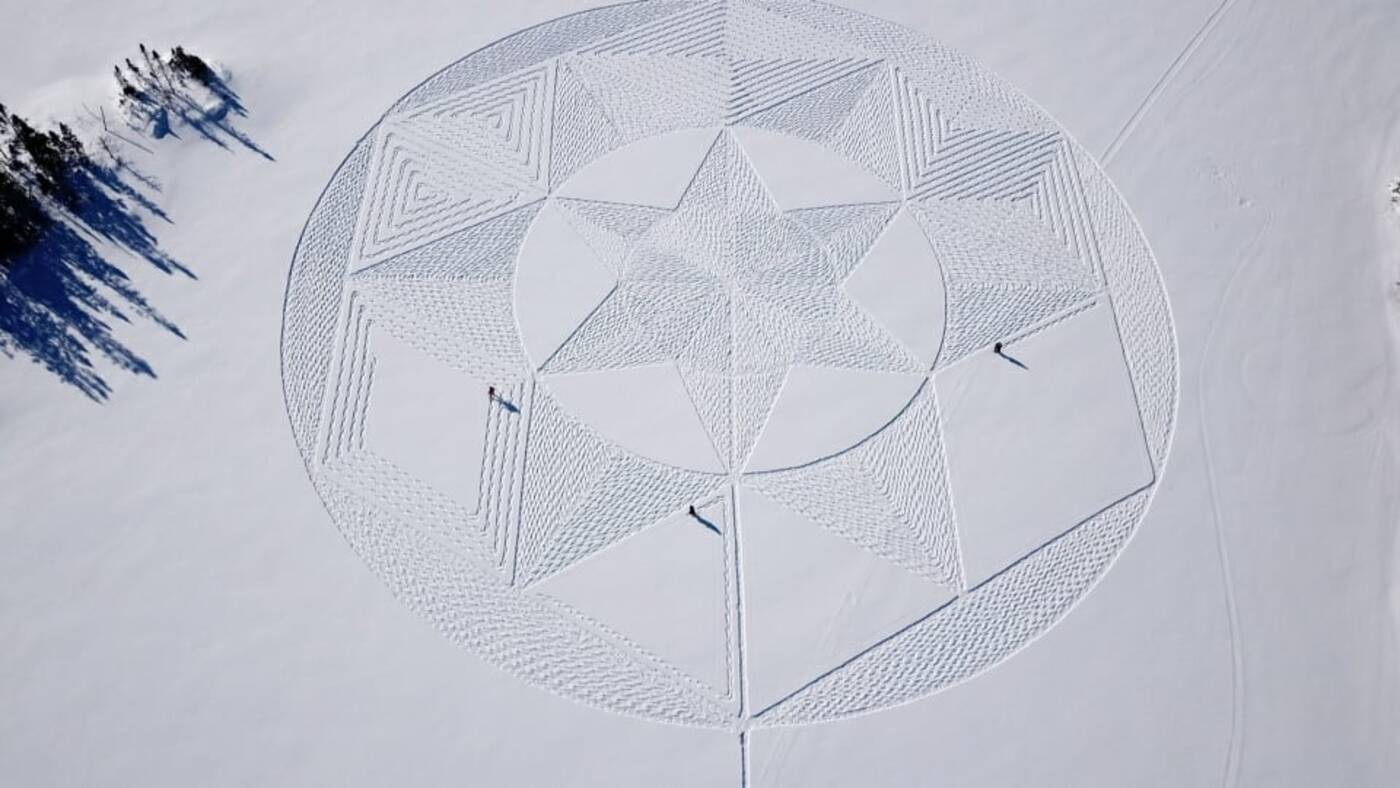 "I look at a shape and see where it can go," says Asmussen, who sets his design to memory before heading out into the snow. Oftentimes he has several people helping him 'packing'.

"People who have helped have all kinds of snow shoes, old, new, bear paw, traditional tear drop.  They all give a different look so I try put them in different areas or set up a pattern of areas to pack," he says.

On average, it takes Asmussen three to four hours to finish, though he's spent three days on a design before. He brings different lengths of rope, and other equipment like dowels, for marking corners, when designing on a frozen lake. 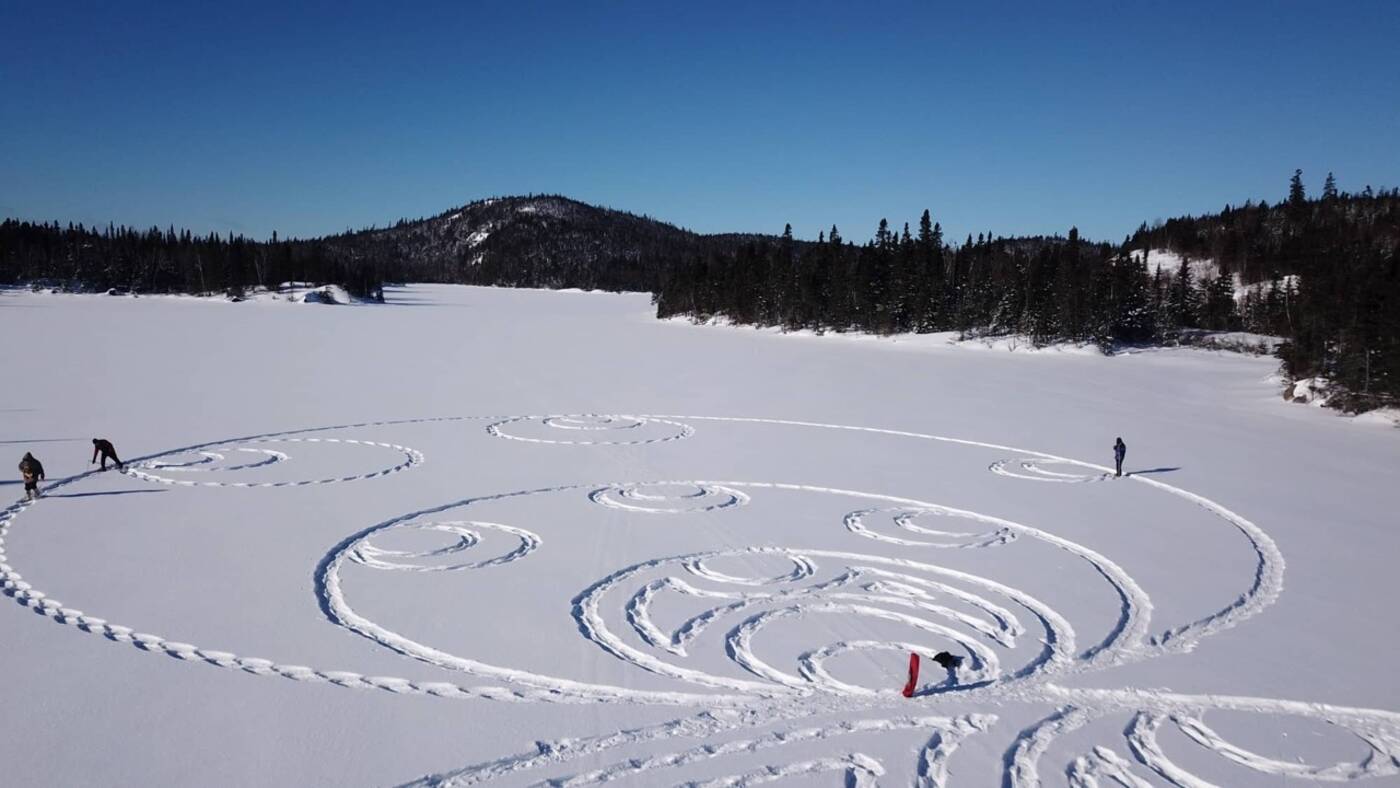 Asmussen gets help from fellow snowshoers to complete his designs.

The ideal conditions are a sunny day following heavy snowfall, around 15 to 30 cm. A cloudless day means a clearer drone shot. Strong winds are bad news.

"There is nothing worse than the wind picking up and your tracks are getting covered almost as fast as you are making them," says Asumssen.

His favourite locale is the town ballfield, which is easily visible to Schreiber residents, to "help keep our town's spririts up." 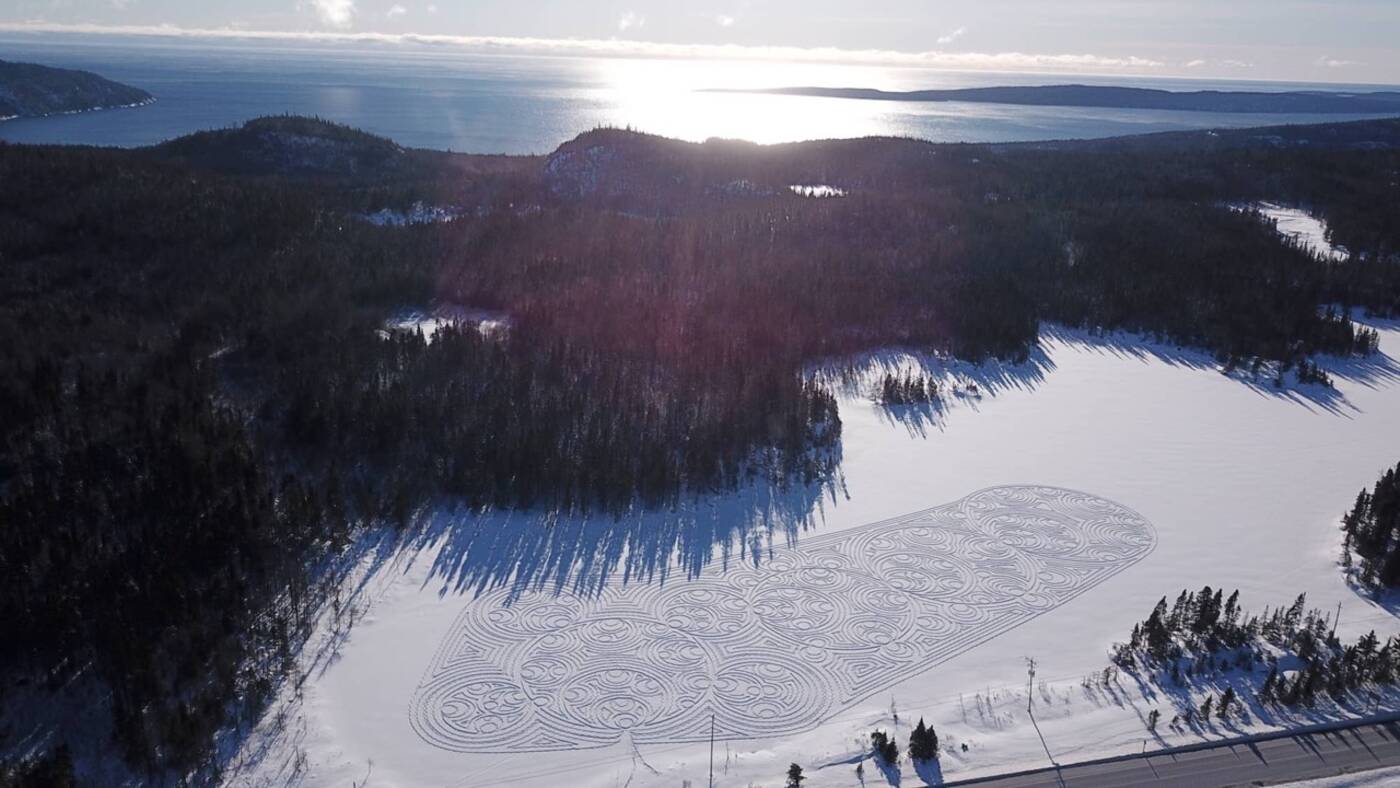 He also likes to use the lakes along Highway 17, so truckers making their routes travelling from east to west have something to look to at on their long trips.

"Each time I do a shape I see that I could have done it different (usually better), but that's the learning piece of it that makes it exciting," he said.