A light display in a downtown Toronto building offers a visual meditation and a way to find balance in difficult times, and it came together with a lot of hard work.

The installation, called I AM HERE as part of DesignTO, is an abstract lighting display on the fourth-floor windows of the Pivot Design studio at 187 King St. E. at George Street.

The concept is a kind of guided meditation, said Ian Chalmers, who owns Pivot Design and came up with the idea for the piece. People can breathe in and out in time to the lights.

"It's about being in the moment, being okay with who you are and where you are," Chalmers told blogTO.

The idea for the project came after his downtown studio suddenly became empty because staff had to work from home, so Chalmers decided to use the space for something creative. The building overlooks the intersection, he added.

"It's almost like a lighthouse at King and George." 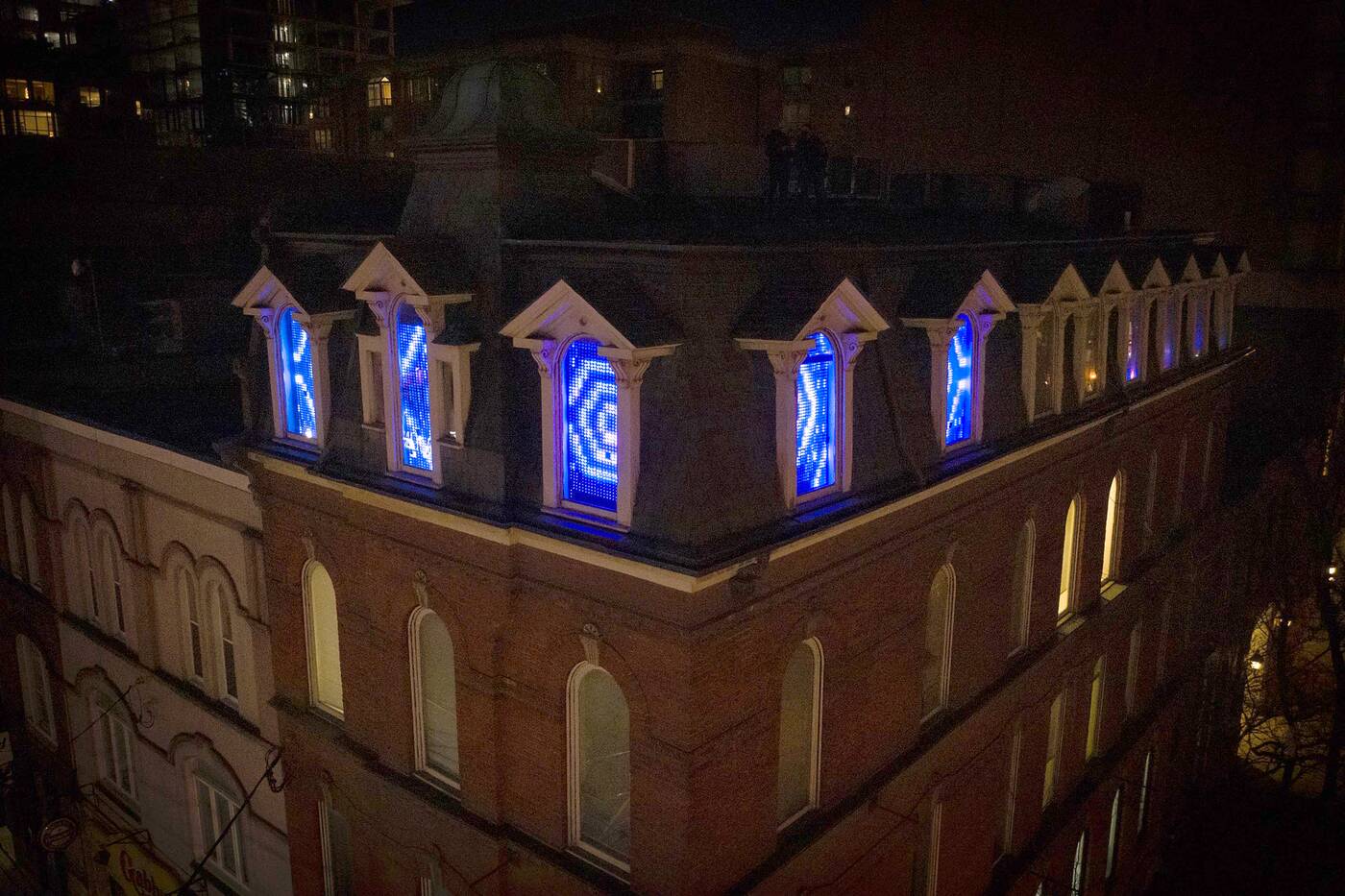 The windows across the building at 187 King St. E. are now an art installation.  Photo via Ian Chalmers

While he was thinking about the piece, life had become negative with Donald Trump, the pandemic, and social unrest.

"It was to do something positive – sort of a light in the darkness," Chalmers said.

It started with two windows and expanded to five windows at the front of the building. 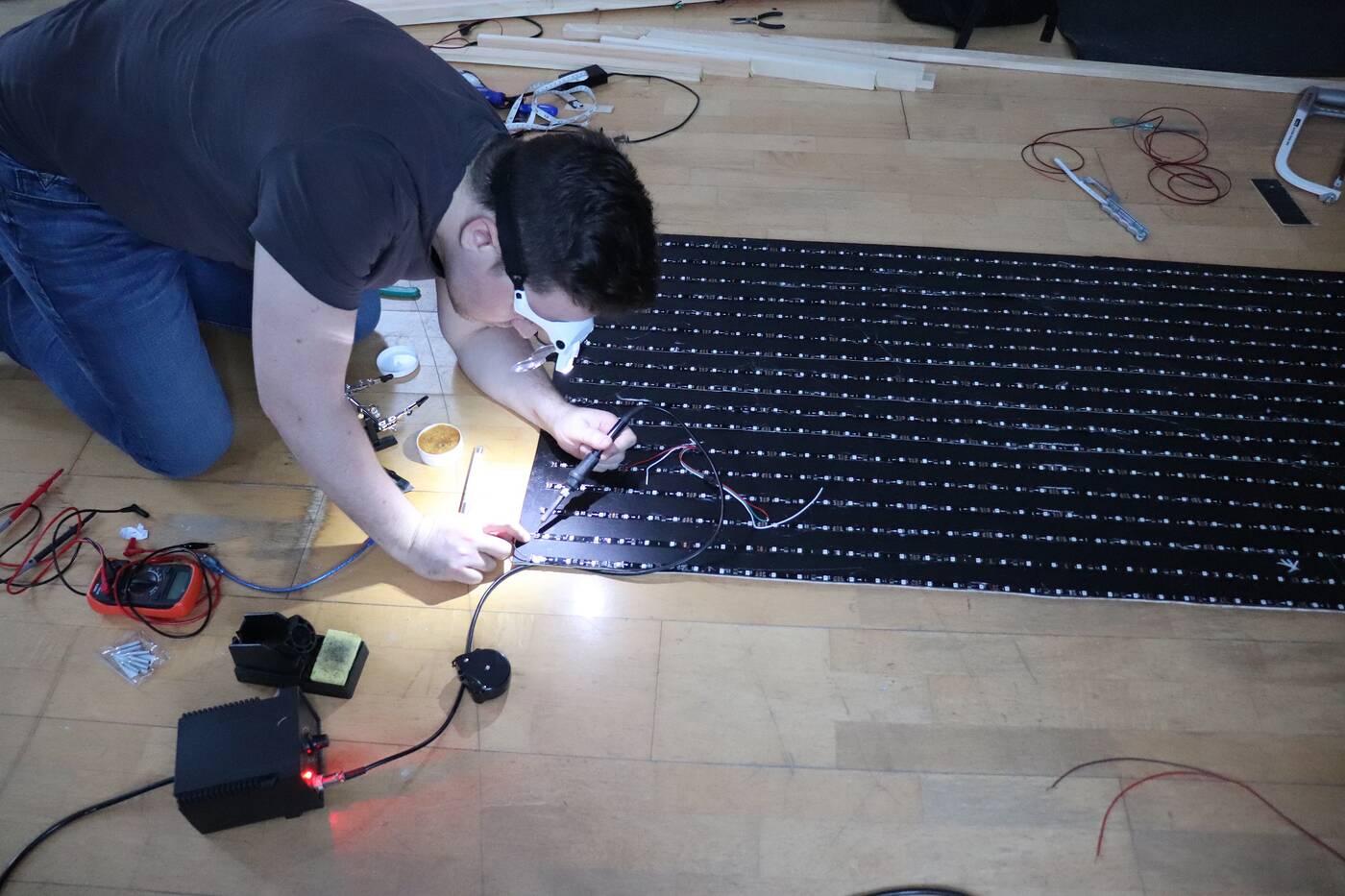 The balls look like ping pong balls but they are smaller, which is why they had to be specially made.

"I originally tried to use ping pong balls but the problem was that they are way too big for the spaces between LED strips," he said.

He printed the balls in batches of 36 and that took about eight and a half hours. He would get up in the middle of the night to keep the 3D printer running. 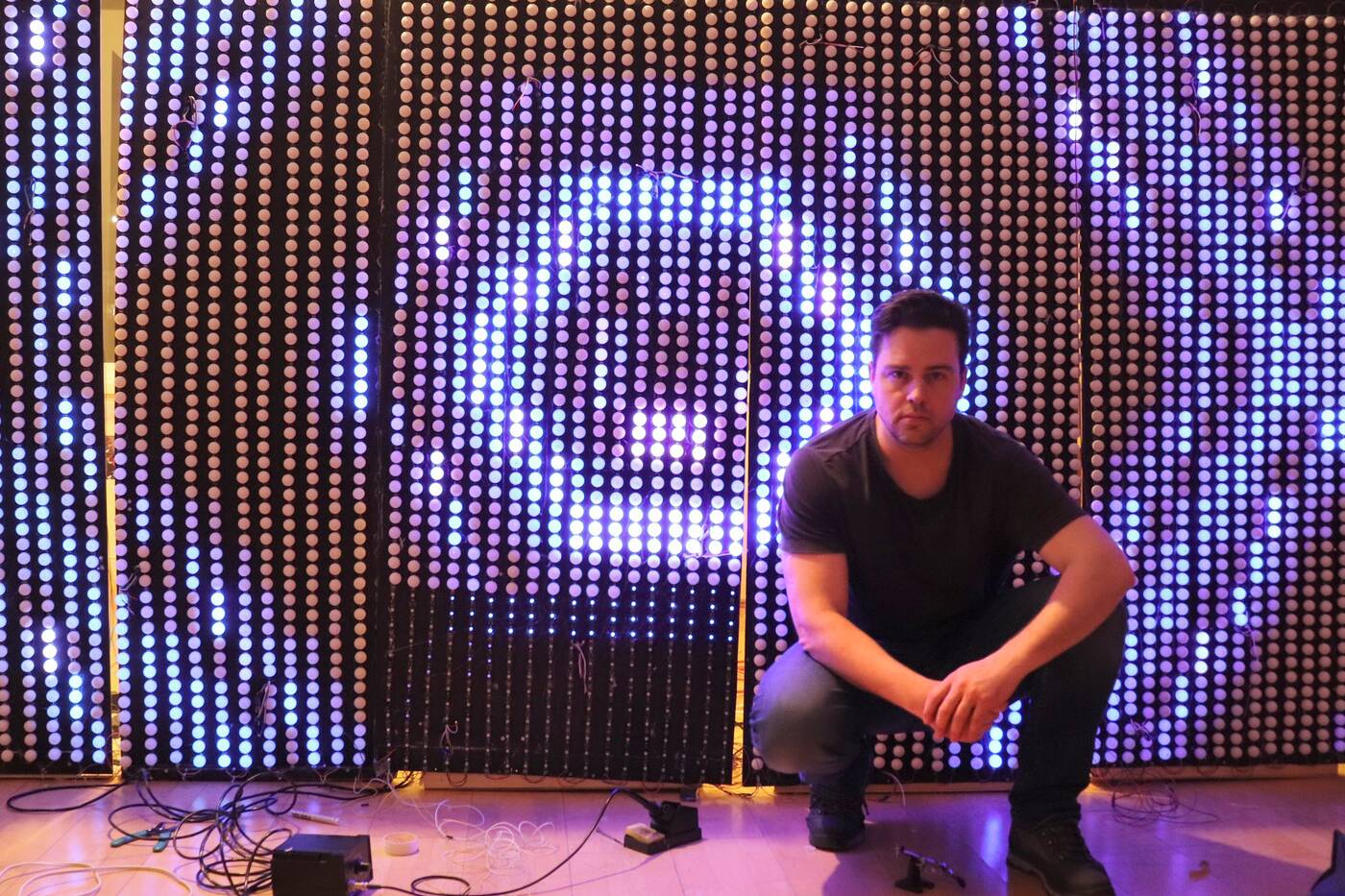 Although DesignTO runs until Jan. 31, Chalmers may keep the light display up, changing it slightly.

"There is no one in our office, we can leave it up," he said.