Bright, colourful ceramic roosters are a common sight in Portugal, but now a Toronto park will get its own version of the bird.

The 2.8 metre tall, 100-kilogram rooster, a gift from the Municipality of Barcelos, northern Portugal, arrived in 2019 but has been in storage since then, said AnaBela Taborda, chair of the Little Portugal on Dundas BIA.

The plans for a project to paint and install the rooster were delayed due to the pandemic, said Taborda. The BIA, City of Toronto and StreetARToronto are working together to create a unique rooster, which will eventually be installed in Lakeview Avenue Parkette near Ossington and Dundas. 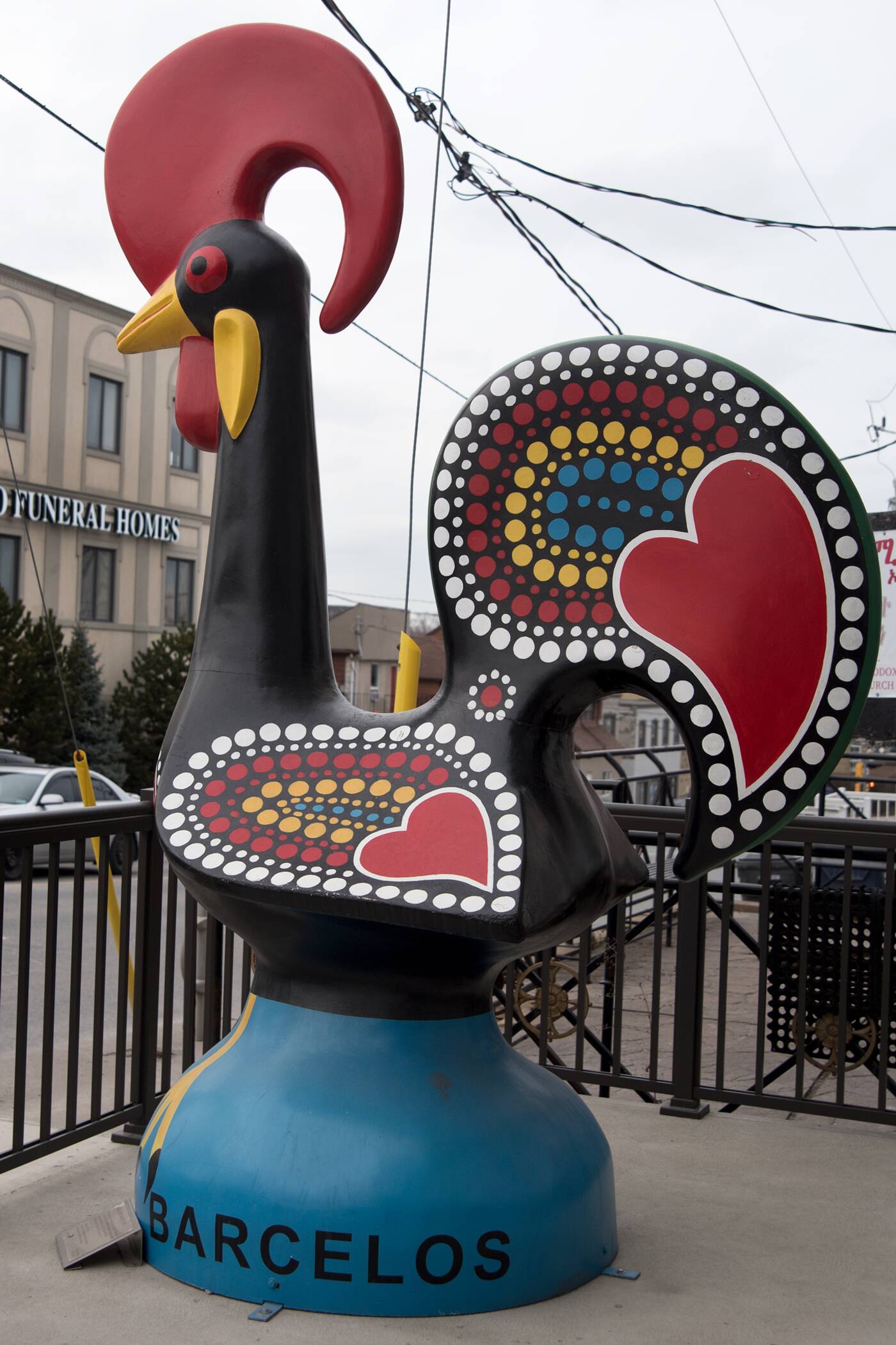 A similar rooster, painted in the traditional style, is in front of 2079 Dufferin St. at the Barcelos community centre in Toronto. Karen Longwell photo

Currently, the large bird is unpainted and the city just launched a call for artists for an original design for it.

The roosters in Portugal have a traditional style but the Toronto bird will be different and unique, said Taborda.

Taborda said the Municipality of Barcelos donated the sculpture after Portuguese consul general Rui Gomes visited Toronto and was thrilled to learn there was a part of the city named Little Portugal.

"He was quite excited about it," Taborda said. 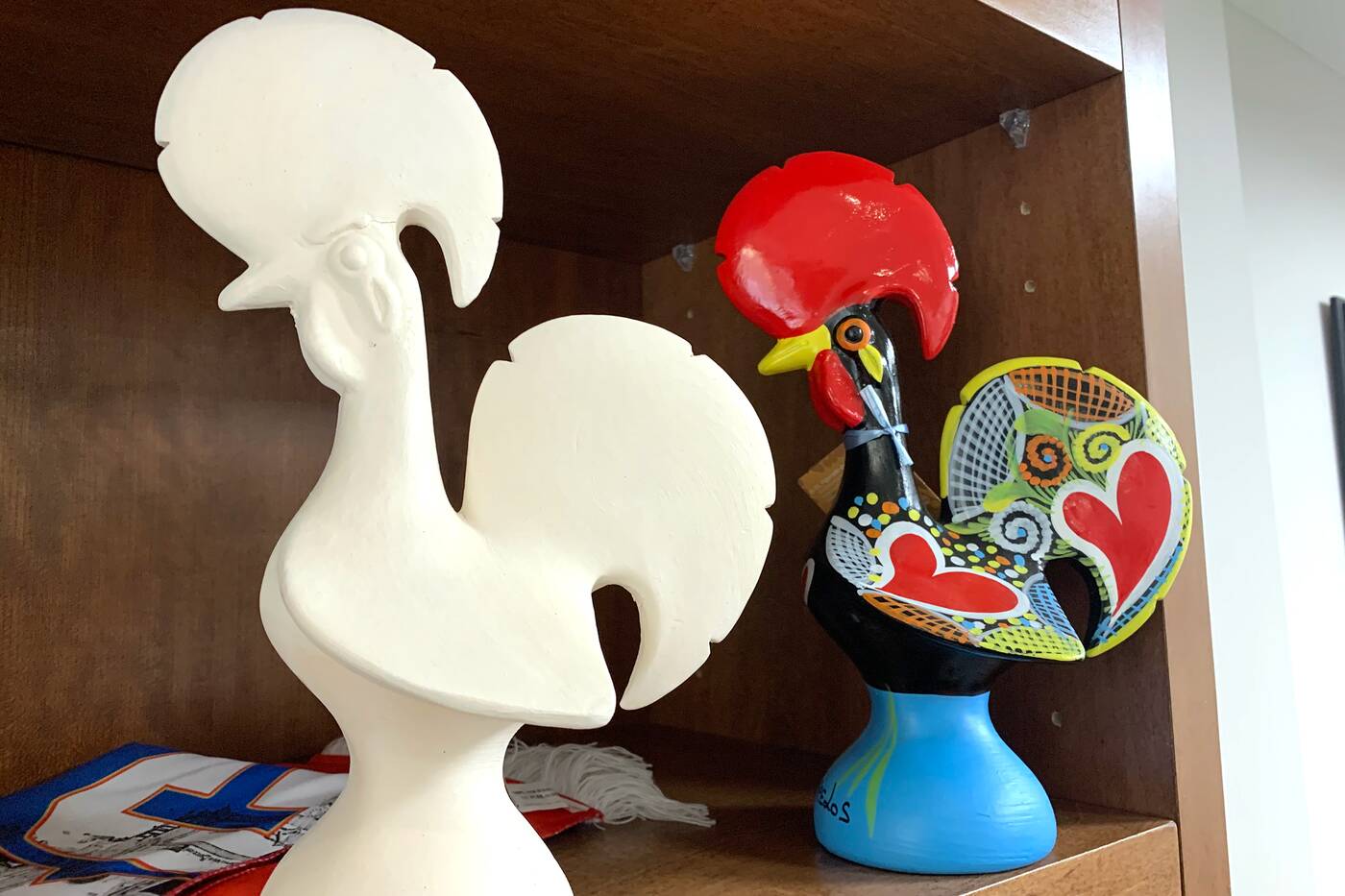 A small, unpainted version of the rooster is in AnaBela Taborda's office. Artists will show their designs on these small roosters before the final design is selected for the large rooster.  AnaBela Taborda photo

During the unveiling of a rooster at 2079 Dufferin St. (the Barcelos community centre in Toronto), Gomes suggested that it would be great to have a rooster in Little Portugal and Deputy Mayor Ana Bailao agreed but further suggested that the rooster should be painted by local artists, she said.

The Barcelos Rooster, commonly called the Portuguese Rooster, is an unofficial symbol of Portugal. It is said to represent "the embodiment of the famous Portuguese love of life."

The call for proposals for a design on the Toronto rooster has two themes — 1. new beginning, hope, optimism, and good luck, and 2. honesty, integrity, trust, and honour.

"Based on its legend, the Portuguese rooster, or 'Galo de Barcelos' in Portuguese, is a symbol of honesty, integrity, trust, and honour," according to the call for artists.

Final designs for the project will be online on April 8 and the plan is to get the rooster in the park this fall.