Meet the man behind Toronto's most recognizable installations and public art

Most people know the big peace sculpture or giant red heart in The Distillery District, but they may not know the story behind these iconic Toronto installations.

Mathew Rosenblatt is the Toronto man behind the art through Lifecapture Collective, and ideas for the pieces come to him often.

"I will start off with literally a napkin or a piece of paper, whatever is closest to me and I will do a Grade 3 type of drawing of the concept," he told blogTO.

He says he is "not highly talented" at drawing but feels the need to create.

"I usually have an idea in my head that involves a number of different layers to it," he told blogTO.

He will then collaborate with other people with the skills to bring his idea to life.

Rosenblatt was born and raised in Toronto. His grandmother came to Canada pregnant from Poland after her husband died in the Holocaust. She raised her son as a single parent and struggled with poverty.

Rosenblatt's work in art installations started with the idea of gratitude and positivity. The chance to build large-scale installations came when Rosenblatt and his partners bought then-vacant distillery buildings in December 2001.

With the idea of The Distillery District becoming a space for art and creativity, they brought in artists and theatre groups, and then creative shops and artisans.

Then came the installations.

One of the first installations was a love sign, which invites people to add a token of their love in the form of a lock. Rosenblatt had the idea after reading an article about locks weighing down Paris bridges and the movement to remove them.

The locks are a symbol of love and that is emotional and beautiful, he said.

"When people walk by they see, symbolically by all these locks left here, all this love," he said.

The giant red heart was built for the Christmas Market and stayed.

The idea this time was to steer focus away from what Rosenblatt thought was a city too preoccupied with the economy, job titles and money, he said.

"It was just to put in ideas of human connection," he said. 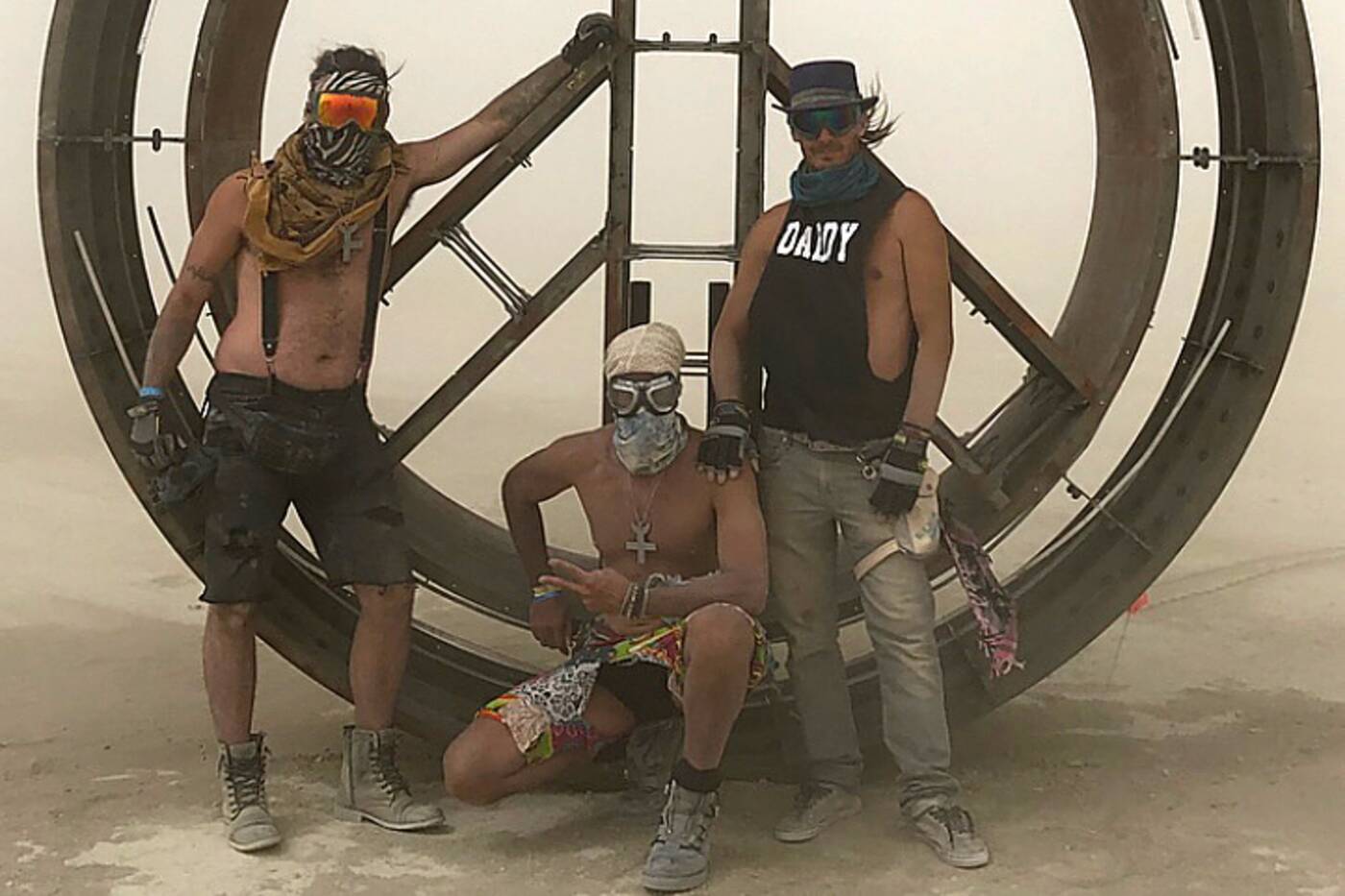 The large peace symbol came when Donald Trump was running for election for the first time and his messaging was divisive.

"Toronto is a diverse place, it is a beautiful place and I think we are better for that diversity – we can learn from each other," he said.

In the last few years, Rosenblatt has taken his work to the U.S. — he created a second peace symbol for Burning Man. There was also a piece called Life's Puzzle that went to Burning Man and may be installed in Nevada in the future.

Besides his work as a developer and artist, Rosenblatt created the Toronto Christmas Market, Toronto Light Fest and most of The Distillery's restaurants were also created by Rosenblatt with his business partner John Berman.

"For me creativity can be expressed through lots of different things," he said.

Although he was reluctant to call himself an artist in the beginning, that has changed.

"We are all artists," he said. "We can express in different ways but our life, at the end of day, is our biggest sculpture. Each day we take brush strokes with your actions."

For the future, he is working on another project in Toronto, which may bring "hope and unity" to the city — but he can't reveal the details just yet.