Toronto is fresh into a new stay-at-home order, but an outdoor show that's selling out in Europe is hoping to start running performances downtown in a few months' time.

The Downtown Yonge BIA and the Elgin and Winter Garden has announced a new "COVID-safeguarded performance" called Contact.

The multi-language, smartphone-based show premiered in Paris in the summer, followed by performances in London.

Toronto shows are slated to start on March 9, running for six weeks with six daily performances. 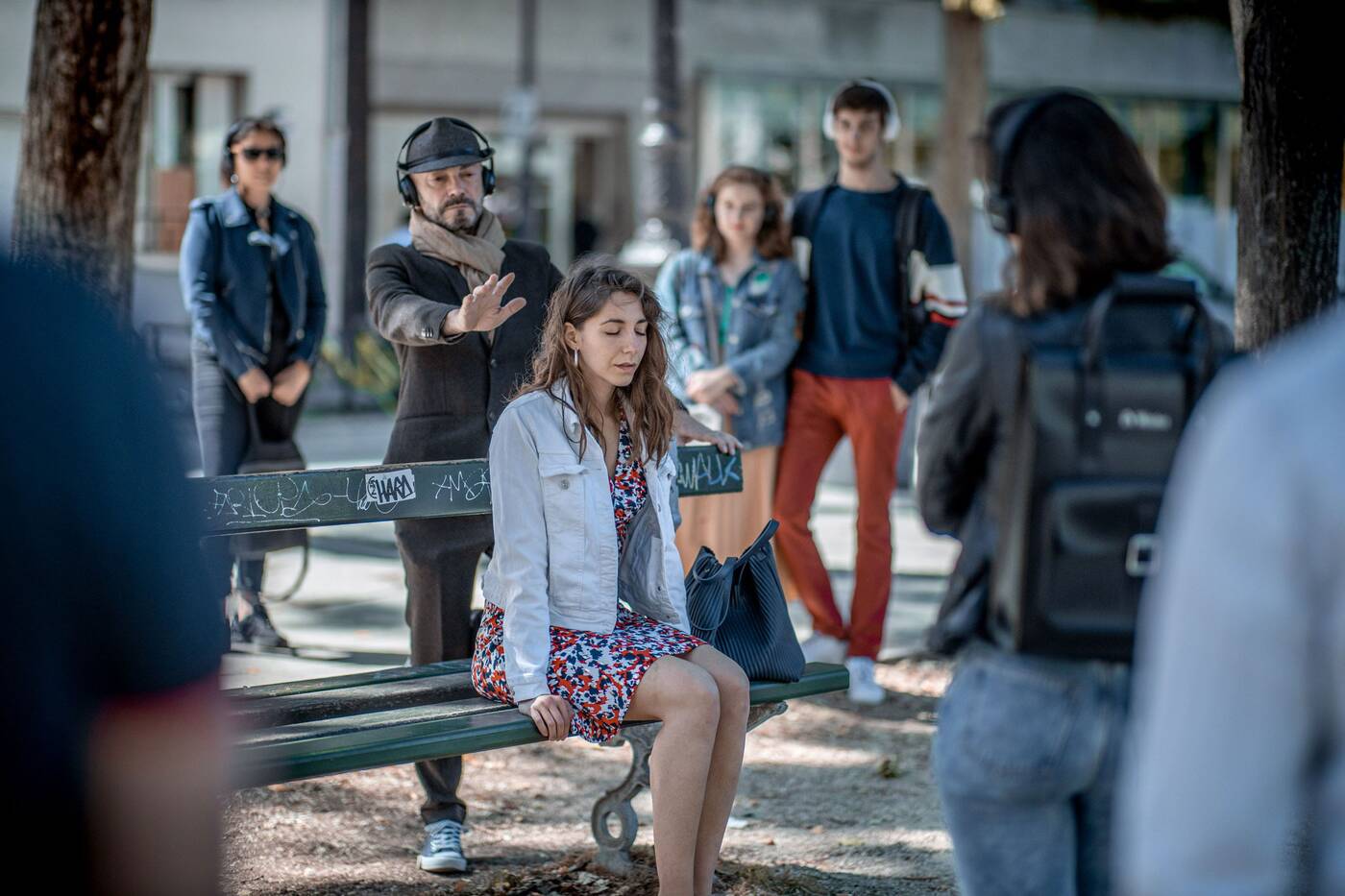 Contact is a socially distanced theatre show that premiered in Paris this summer. Photo courtesy of Contact.

Contact is being described as strictly following public health guidelines, but its launch is pending on whether or not the Province's current stay-at-home order does not extend past mid-February.

With Ontario expected to see as many as 10,000 cases of new COVID-19 cases per day by that time, the viability of Contact is still up in the air.

According to a statement from Contact, "...not a single COVID-19 infection has been traced back to the hundreds of C-O-N-T-A-C-T performances in London, Paris and other European cities."

If you could read minds — A riveting live theatre experience! After sold-out performances in London and Paris, C-O-N-T-A-C-T brings its raw, emotional journey to #Toronto. 🌟

The production will take place outdoors, meaning show-goers will have to brave the cold March temps, and possibly snow, to follow along the 45-minute performance.

Ticket holders are capped at 20 people per show. They're slated to take place at College Park and Yonge-Dundas Square, though a representative of YDS say they haven't confirmed their participation yet.

People must buy tickets ($49 each) for specific time slots online, download the Contact app, bring their own headphones, and wear a mask at all times. 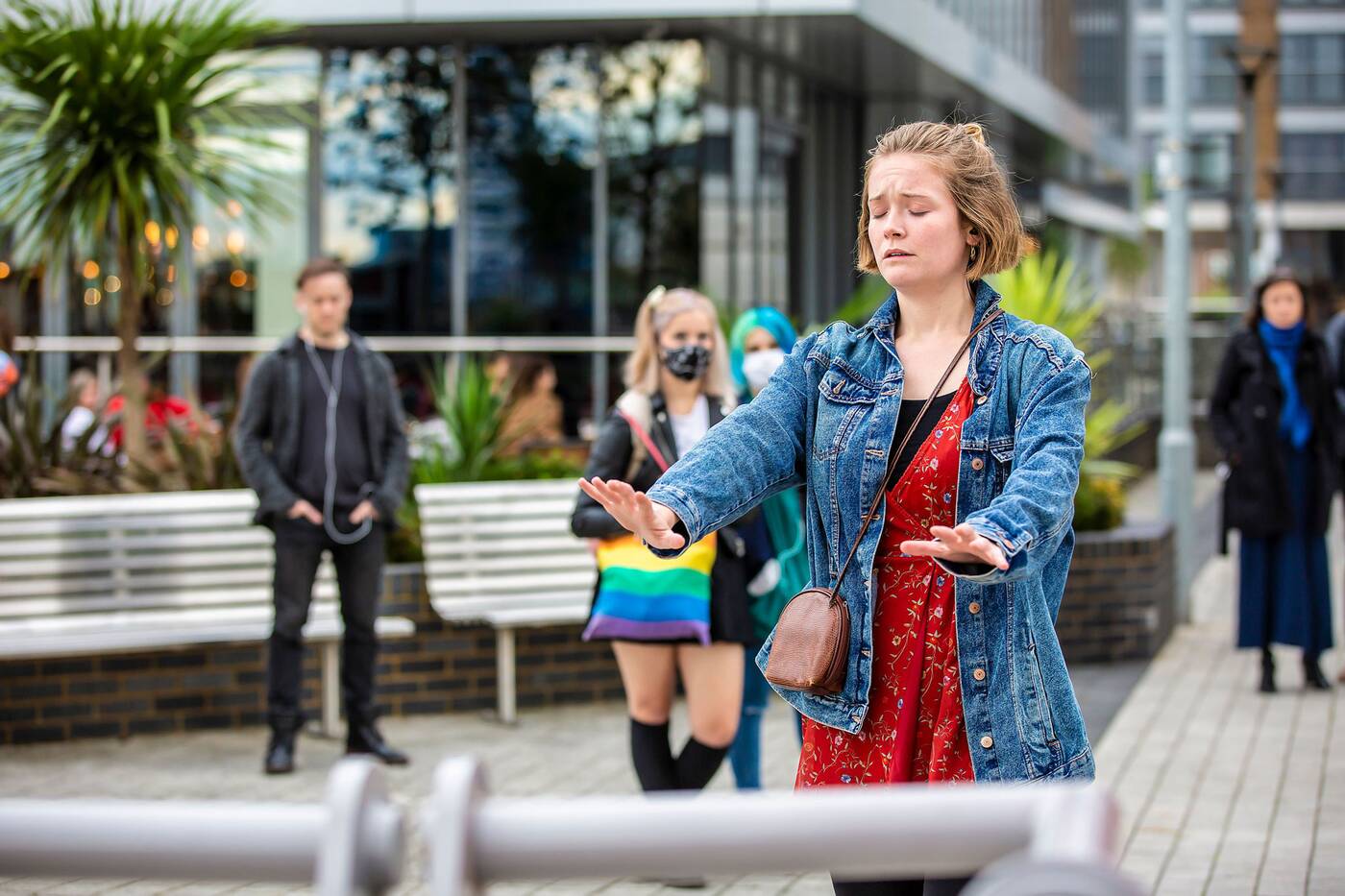 The production is hoping to launch in early March. Photo courtesy of Contact.

From there, viewers will follow along the story of a woman named Sarah, whose life is changed after being approached by a stranger on the street. Audio will be played through the app, with no interaction between watchers and actors.

"Conceived during COVID-19, C-O-N-T-A-C-T both overcomes the physical restrictions of the pandemic and addresses its emotional themes, such as the challenges of isolation and the human need to connect," said Katy Lipson, the original producer of the U.K. show.

Unlike shows in other countries, Toronto's performances will be available in multiple languages.

In an attempt to bolster downtown businesses, take-out meals from participating Toronto restaurants can be added to the ticket purchase.