If you've ever been stuck with all of your ex's old stuff, it might be time to start selling it.

A Toronto man found a way to get rid of his ex-girlfriend's artwork and bring some laughter into people's lives.

He took to Facebook Marketplace with an ad describing the piece and the situation he was in. "Someone please take this beautiful POS out of my house and life forever. It's so pretty, I hate it," the ad read. 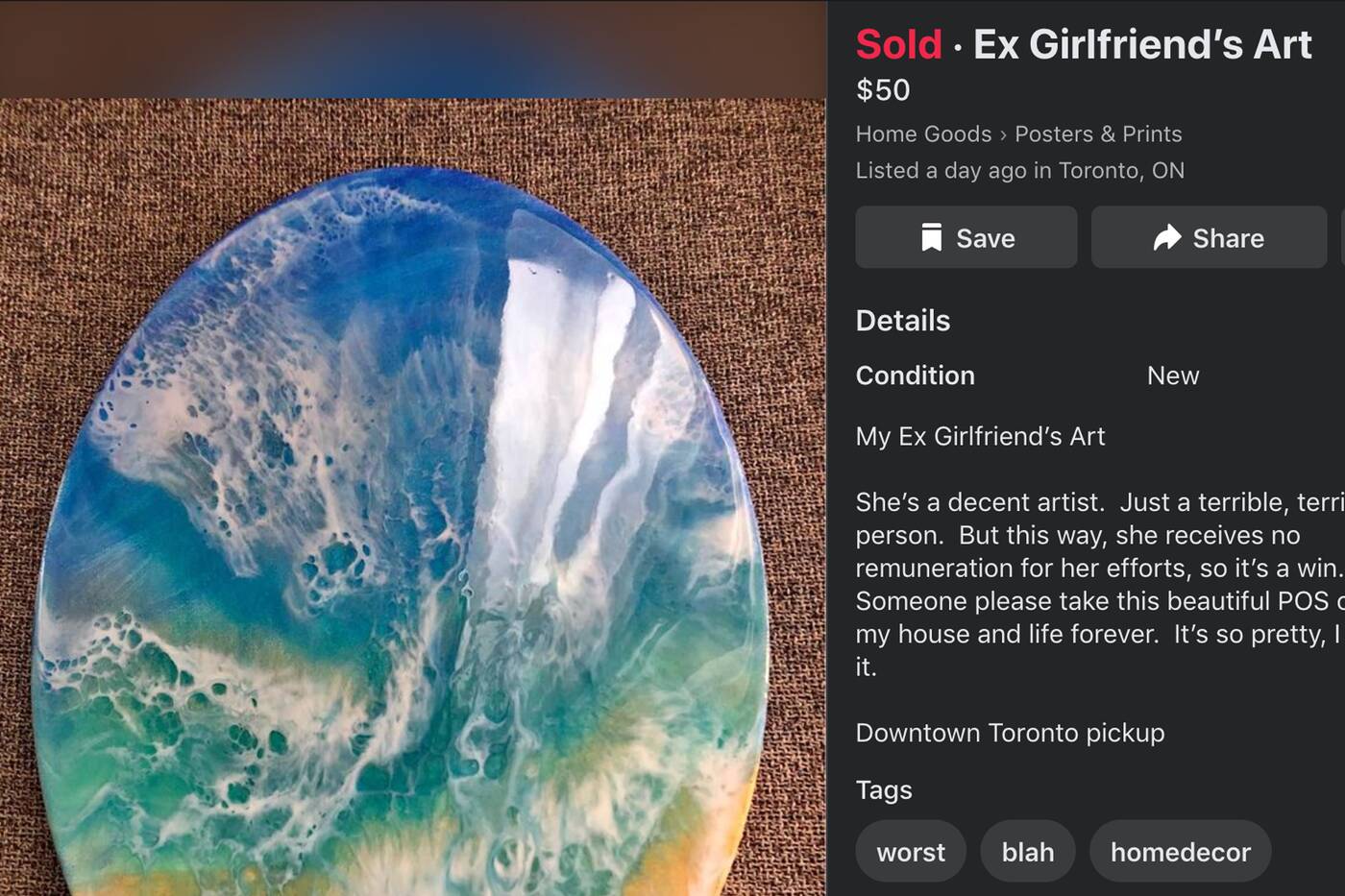 A Toronto man was able to sell his ex-girlfriend's artwork for $50 with this ad. Photo via Facebook.

He told blogTO that this was all done in good fun. "I buy and sell a bunch on FB Marketplace and I genuinely did want to get rid of my ex’s art, I just thought it would sell faster if I added a funny story," he said.

And he was right. Soon after the ad was posted, he was flooded with messages and the piece sold in under an hour.

"I think most people got the joke, so I had some great back and forths with some people," he said.

After the ad was posted to a Facebook group, it received dozens of comments and reactions.

"I'll buy this and we can destroy it together," one comment read.

The woman who ended up purchasing the artwork for $50 said she is going to display it alongside the ad.

The seller said the ex gave the art — which appears to be either a plate or a decoration — as a gift.

He said their relationship only lasted a few months, and ended earlier this year. He admits that while she is a decent artist, he has no interest in owning her artwork.

Now that he is fully rid of it, hopefully it can be enjoyed by someone who appreciates it.