A Toronto chef who lost his job during COVID-19 lockdowns turned his talents to Photoshop and created a huge collage that includes 400 photos of all the places and things he loves most about the city.

Lyndon Wiebe was working for a catering company for the last eight years but when the pandemic lockdown hit, he lost his job as a chef. 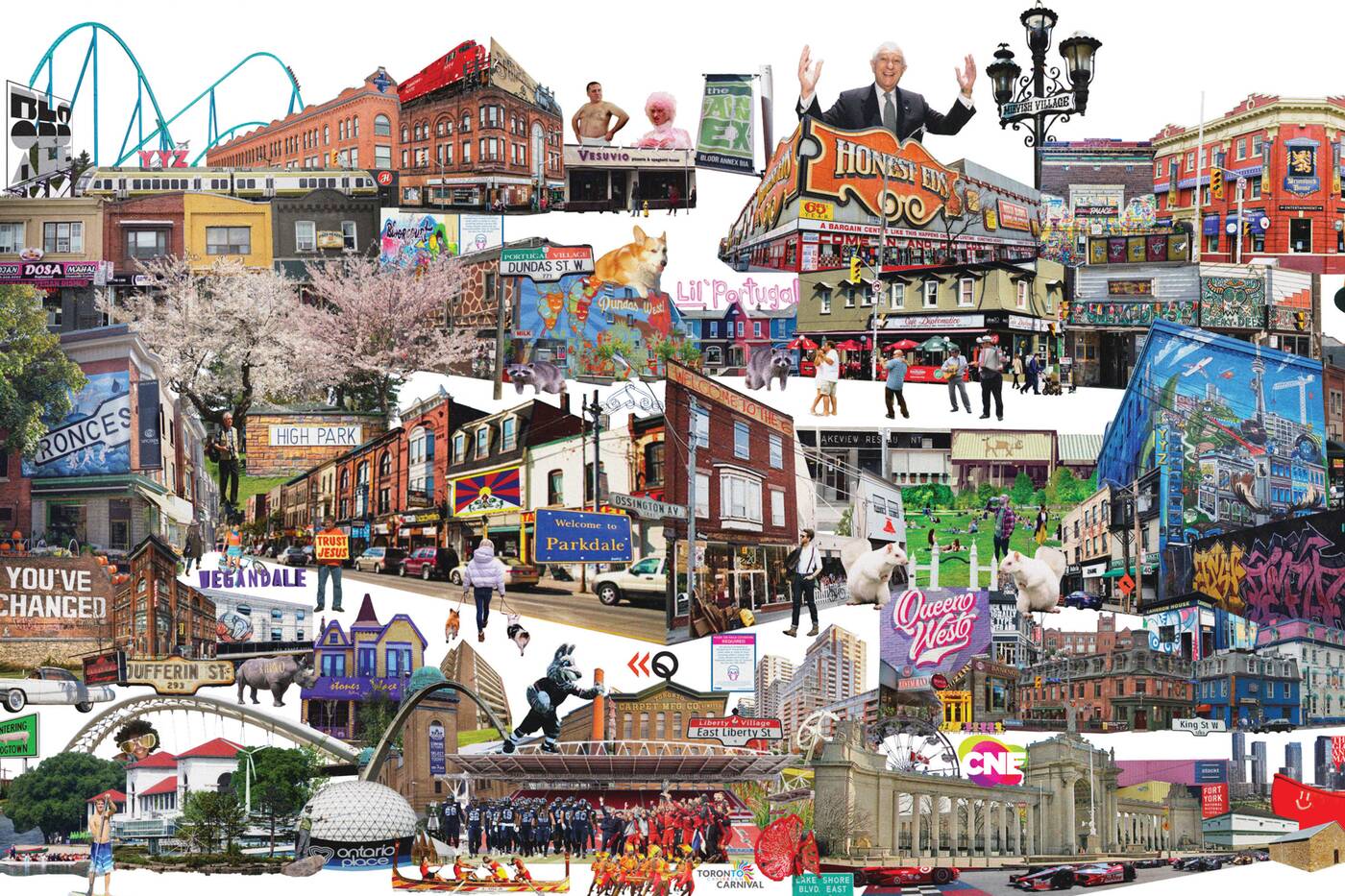 One portion of the collage shows nods to Toronto neighbourhoods such as Parkdale, iconic animals like the white squirrel and even High Park's cherry blossom trees.

"When everything shut down there wasn't work for anybody," Wiebe said.

With more free time on his hands, Wiebe decided to develop a new skill learning Photoshop. He already liked making memes for friends, so he set up a skills exchange with a co-worker over Zoom. 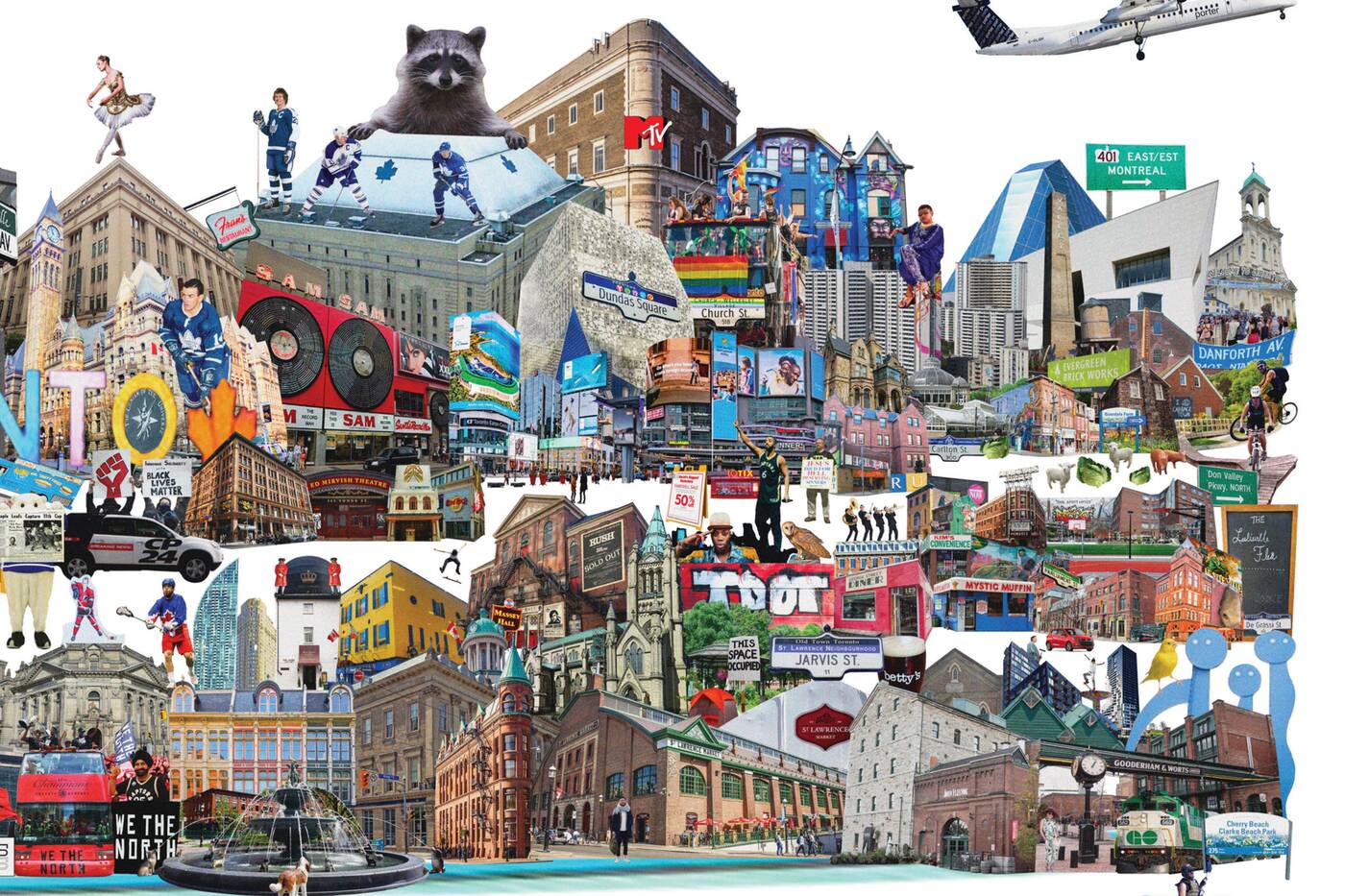 The Toronto mascot — the raccoon, St. Lawerence Market and the Go Train appear in this part of the collage.

"He taught me Photoshop and then I taught him to cook a few things over Zoom conferences," said Wiebe.

Wiebe started the collage with his neighbourhood around Queen's Quay but then he just kept going. He used photos of Toronto that he had found online over the years and painstakingly cut out landmarks, signs and buildings. It took about four months to finish because it includes about 400 photos. 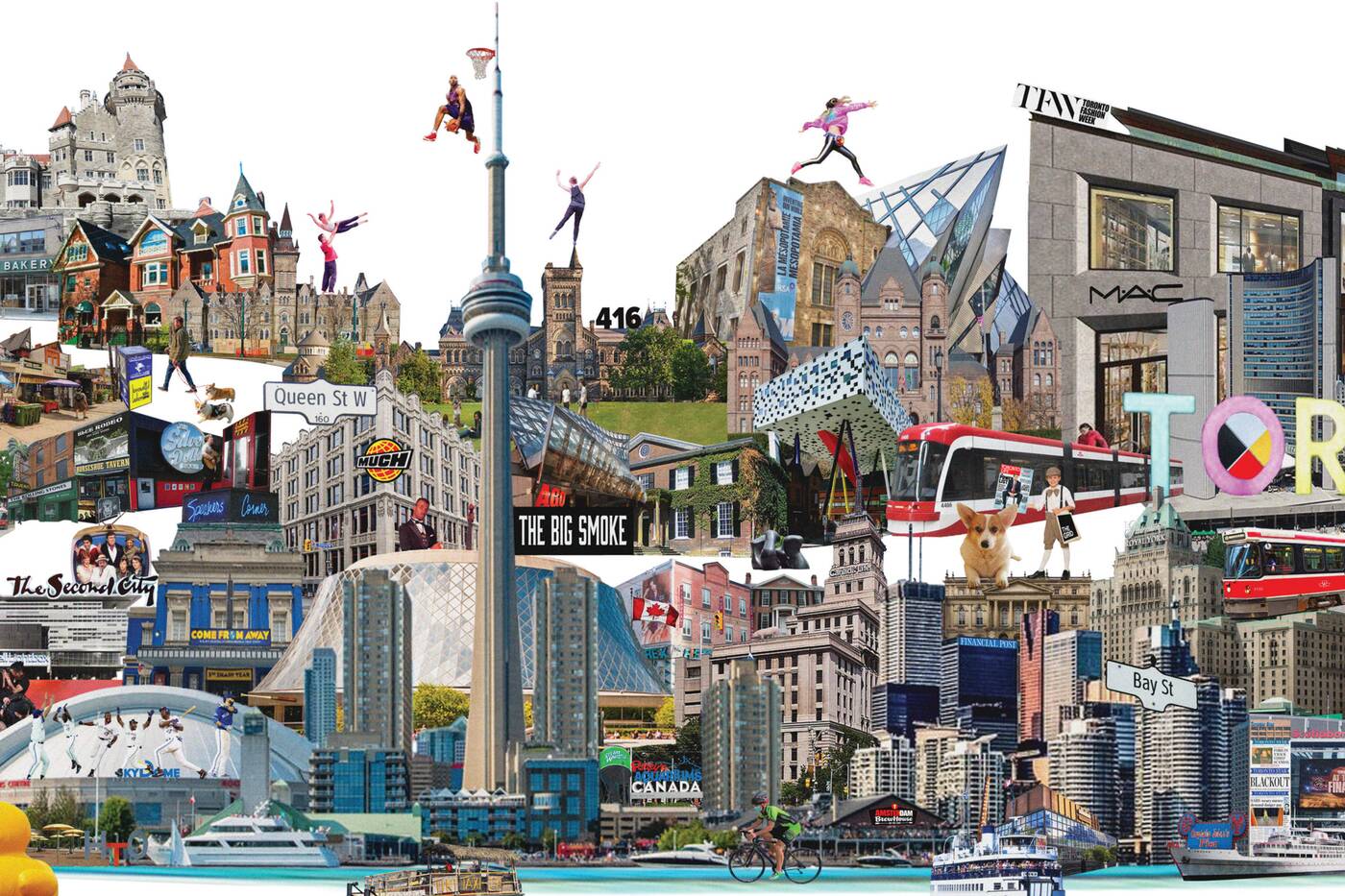 Another piece of the collage includes Casa Loma, The Second City and a Toronto streetcar.

"I just kept adding pieces and it just kept growing and growing," he said.

He kept thinking about more things he wanted to add that he loved about the city such as the Blue Jays, Sam the Record Man and Honest Eds.

The final piece is an homage to the city. 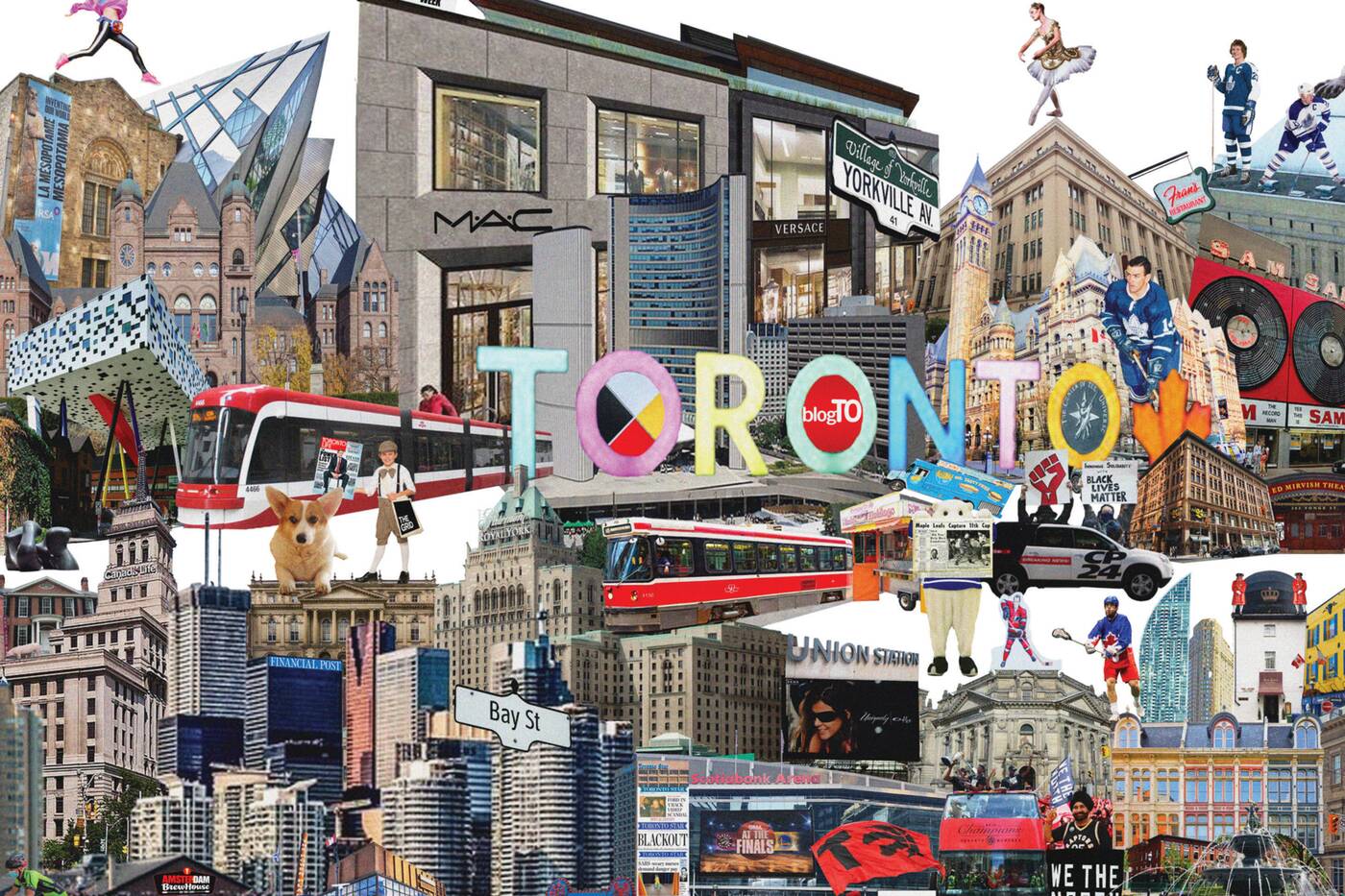 If you look closely in this chunk, you can see the blogTO logo.

Originally from Winnipeg, Wiebe moved to Toronto nine years ago and immediately appreciated the vibrancy of the city along with the culture and sports.

"I love the neighbourhoods too and going exploring," he said.

He has lived in Little Italy but Kensington is his favourite Toronto spot. 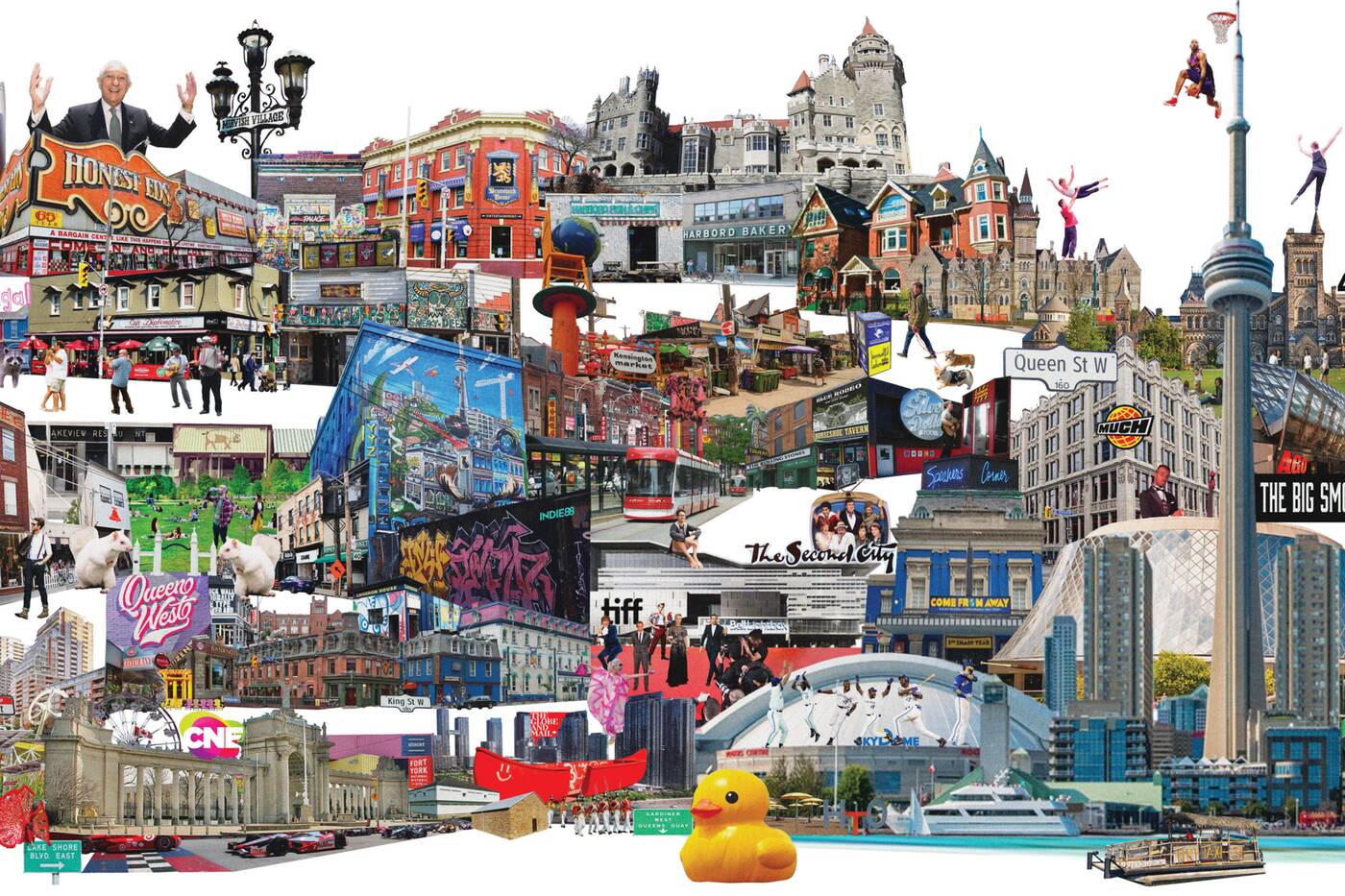 Casa Loma, TIFF and the giant yellow rubber duck are in this part of the collage.

Wiebe is printing the collage to hang in his home but he would like to share it.

"My dream would be to have it at City Hall so everybody could enjoy it," he said.

Next Wiebe would like to work on individual collages of each neighbourhood in Toronto.