As we all continue to stick close to home, we may notice things in our neighbourhoods we didn't before. And one thing, in particular, has caught the attention of folks in Todmorden Village and beyond.

A photo of bottles suspended in front of a small house at 1320 Pape Avenue was posted to the Weird Toronto Facebook group. People have been trying to guess what on earth is in them.

"Seems excessive for a wind chime..."

"This is clearly set up to steer clear of solicitation of any kind lol." 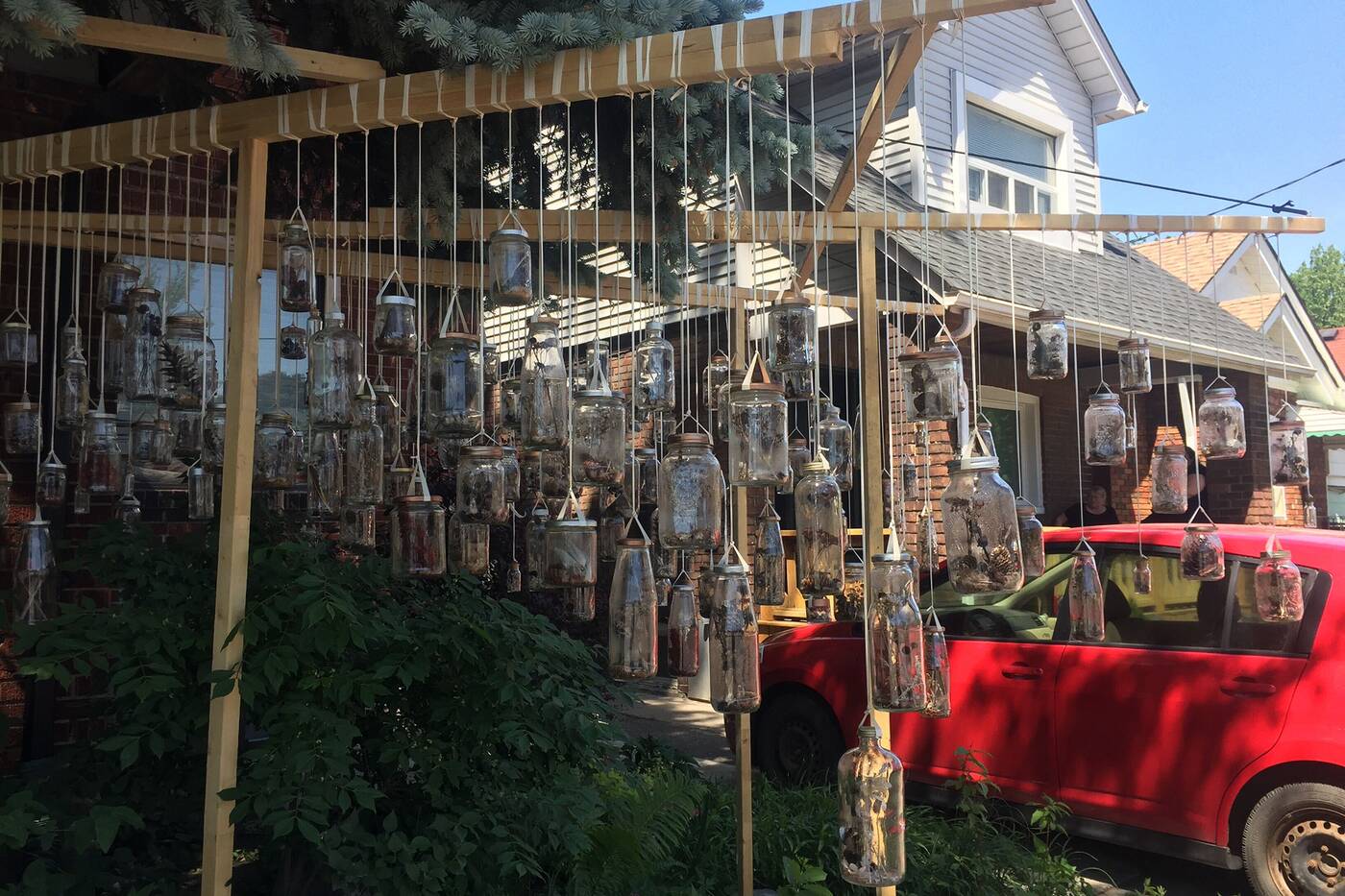 These were some of the interpretations people had for what turns out to be an interactive installation by local artist Anna Camilleri, and is part of the STEPS INsiders public art initiative.

Camilleri and fellow artists have been finding creative ways to display public art during the lockdown through the STEPS INsiders initiative while still adhering to health and safety measures.

Camilleri's piece, called Becoming, was part of a larger project from 2017 and had been kept in storage. Camilleri said she felt it was a good time to dust it off the piece and place it in her front yard.

"There's something about all these small, contained installations that says something about the moment that we're living in right now, which is a lot about space and space between us," she said.

"This is now its second time out in the world and I felt like it was the right time."

Inspired by the nearby Don River Watershed "and its constant act of becoming," it offers a reminder that, while we all go through this experience of physical distancing, "the earth is renewing. Even from the indoors, we may find solace," reads the STEPS description.

It incorporates tactile and auditory components as the 200 bottles sway and make sounds when the wind blows.

Inside the bottles are found items — such as pinecones, milkweed, sumac, pods, Canadian thistle, seeds, black walnut, gooseberries and other botanical material — collected from the Don River Watershed over a period of eight months. 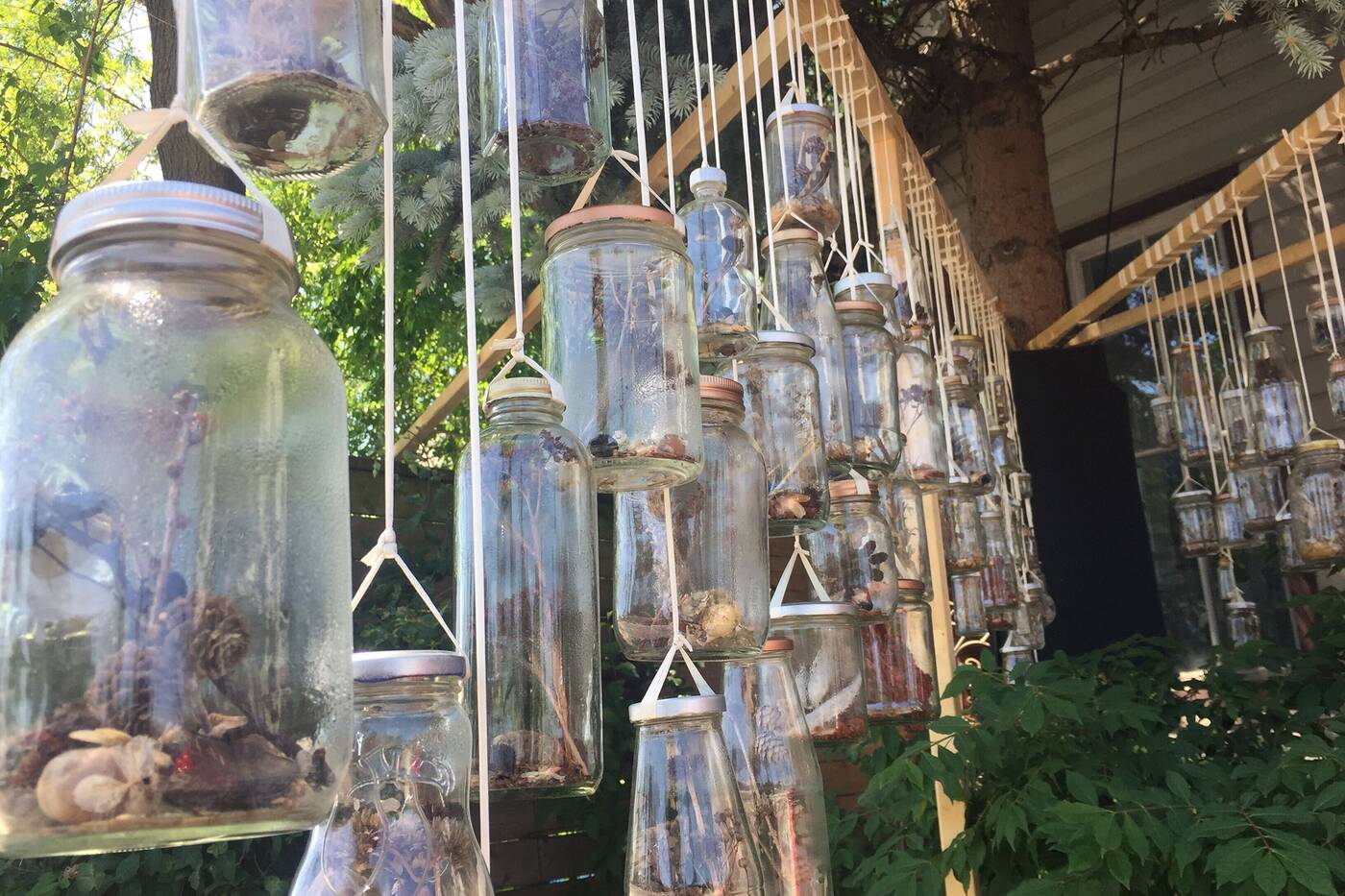 "It actually is a land acknowledgement," said Camilleri, who has lived in the area for years. Since she installed it just over two weeks ago, people have been asking questions about the piece.

"And then I'm having conversations with people about, well what is a land acknowledgement? And you don't always know how those conversations are going to go."

She said that it's become a social experiment and a vehicle for connection, and since she hasn't offered an explanation, people have been left to interpret it for themselves or else ask her about it.

The community response, Camilleri said, has been overwhelmingly positive. One neighbour even wrote her a note thanking her for displaying the piece.

Camilleri said she'll likely leave it up until the end of this month for anyone who wants to drop by, take a look and have a chat.