This is what Toronto's sprawling new Funhouse looks like

After more than a year of planning, the collaboration between the arts collective Mondo Forma and Universal Music Canada has finally come to fruition. 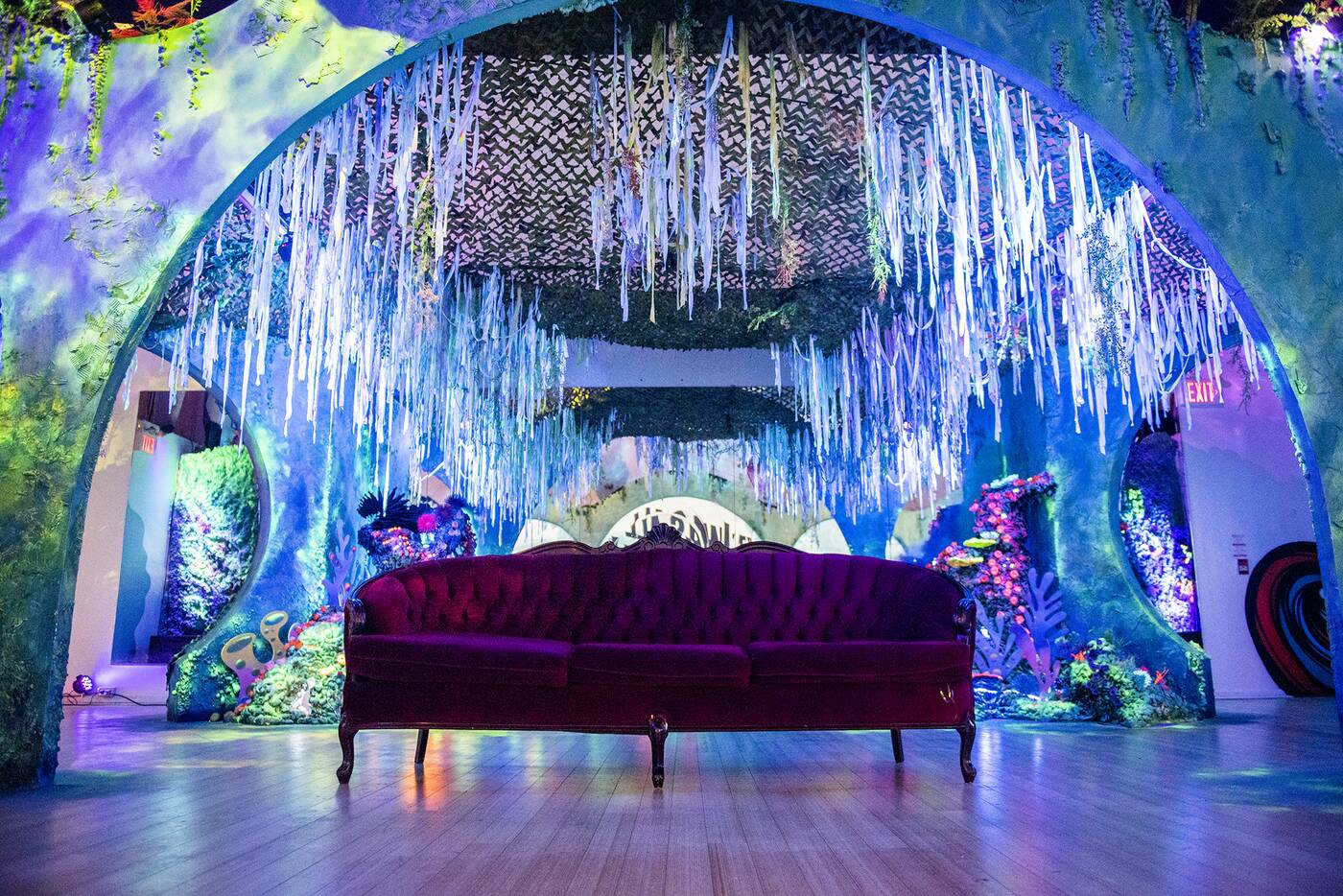 Bringing visual artists and musicians together in a psychedelic multi-sensory maze aimed at stimulating cellphone-wielding exhibit-goers, Funhouse joins a growing list of pop-up extravaganzas to hit Toronto in the last year.

The arts project was originally slated to take over the old Fairland grocery store in Kensington Market—to the chagrin of some locals—but eventually had to pull out of the space in January, citing problems with the aging building. 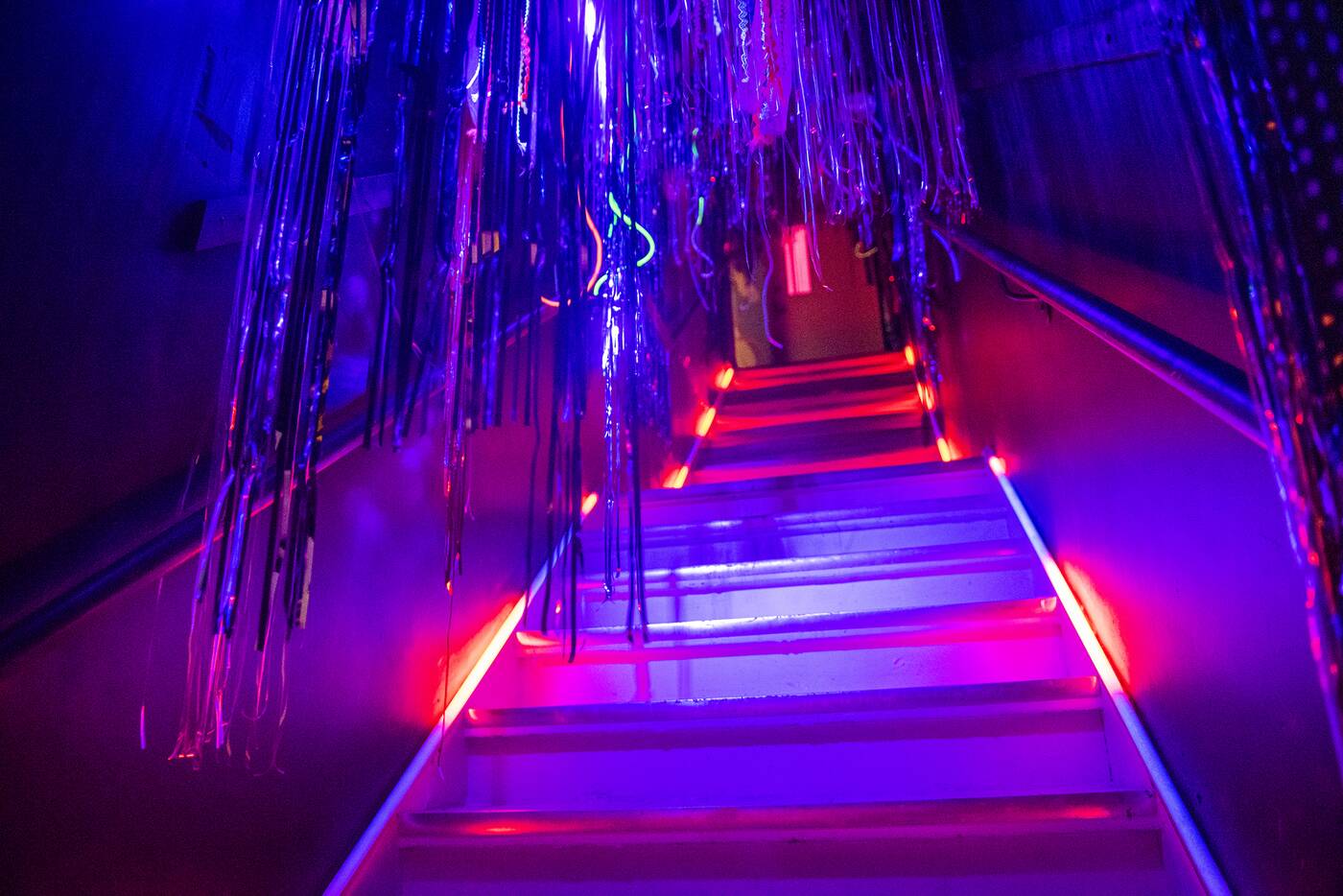 Instead, it moved into a 7,500-square-foot dance studio, previously an old Buddhist Temple, where its loopy Cheshire Cat-coloured exterior will blend in a bit better on quiet Lisgar Street until it closes on September 22.

The hotel lobby entrance was designed by Steph Payne, the creative director of Mondo Forma, artist Emily May Rose and Kristen Parry. 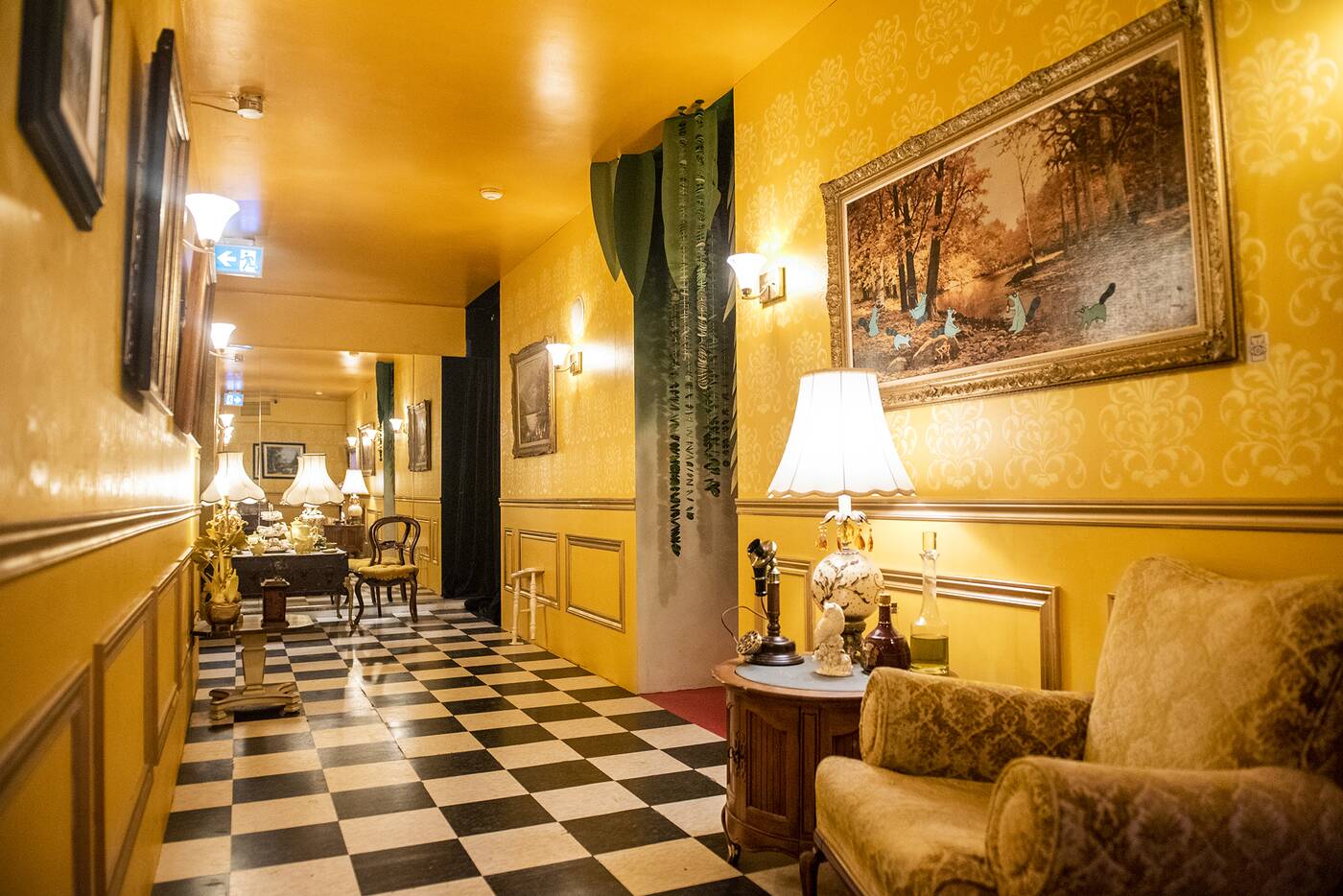 You can buy a General Admission ticket for $28 at the hotel concierge, which will allow you one-hour entry at a certain time slot. Or you can grab a Golden Ticket for $40, which grants you access at any time of the day.

The idea behind Funhouse is that there's no real set order to explore the different rooms: you have options like choosing between entering through an elevator, or a wardrobe full of clothes, Narnia-style. 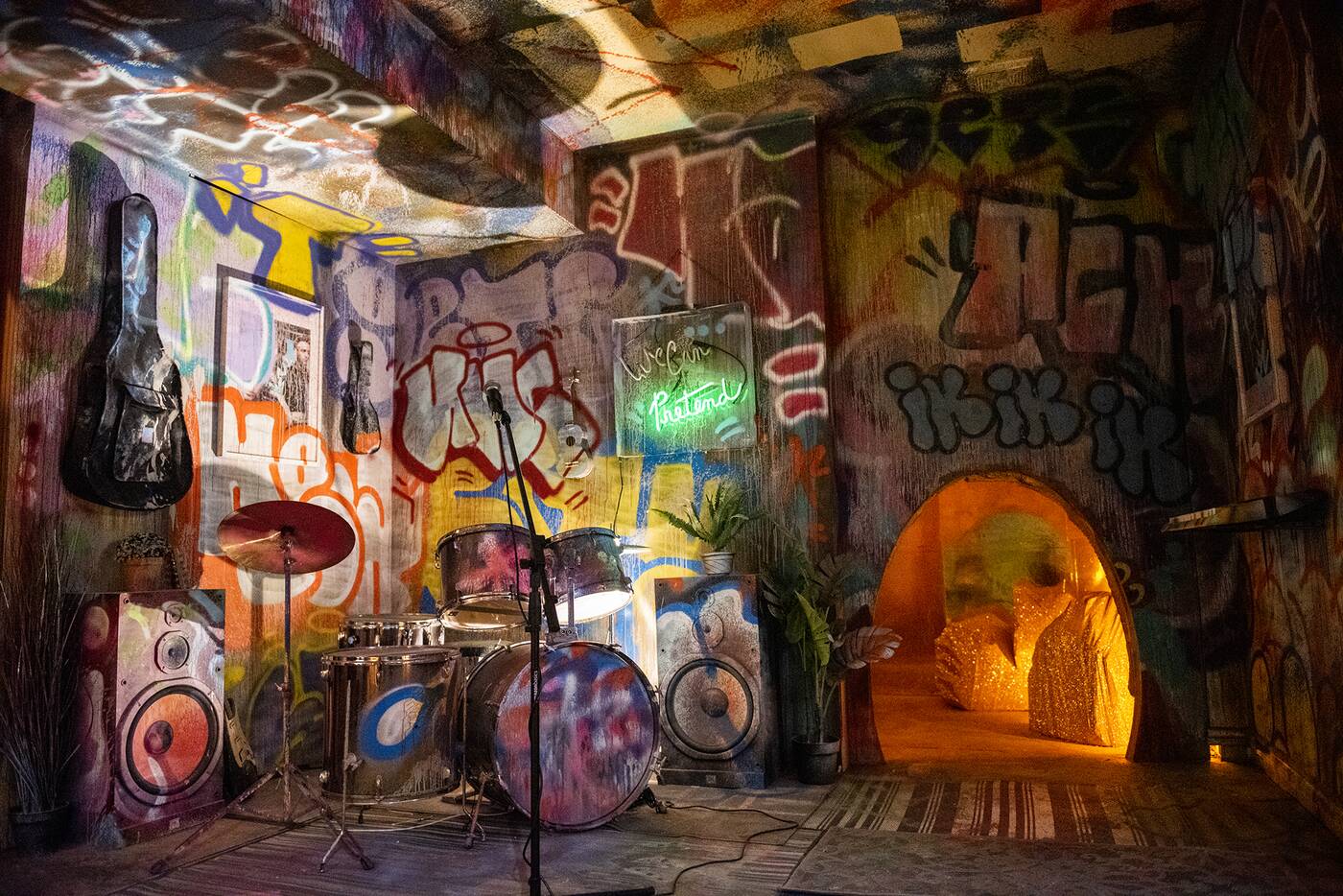 Choose the latter and you'll head straight into a collaboration with graffiti artist Getso, who helped electro-pop band New City replicate their garage studio, complete with drums and a TV hidden in the corner, with Kawhi's buzzer beater on loop.

Another room features dreamy vibes and a fantastic black and white UV-light experience. It was designed by artist Dreeem. 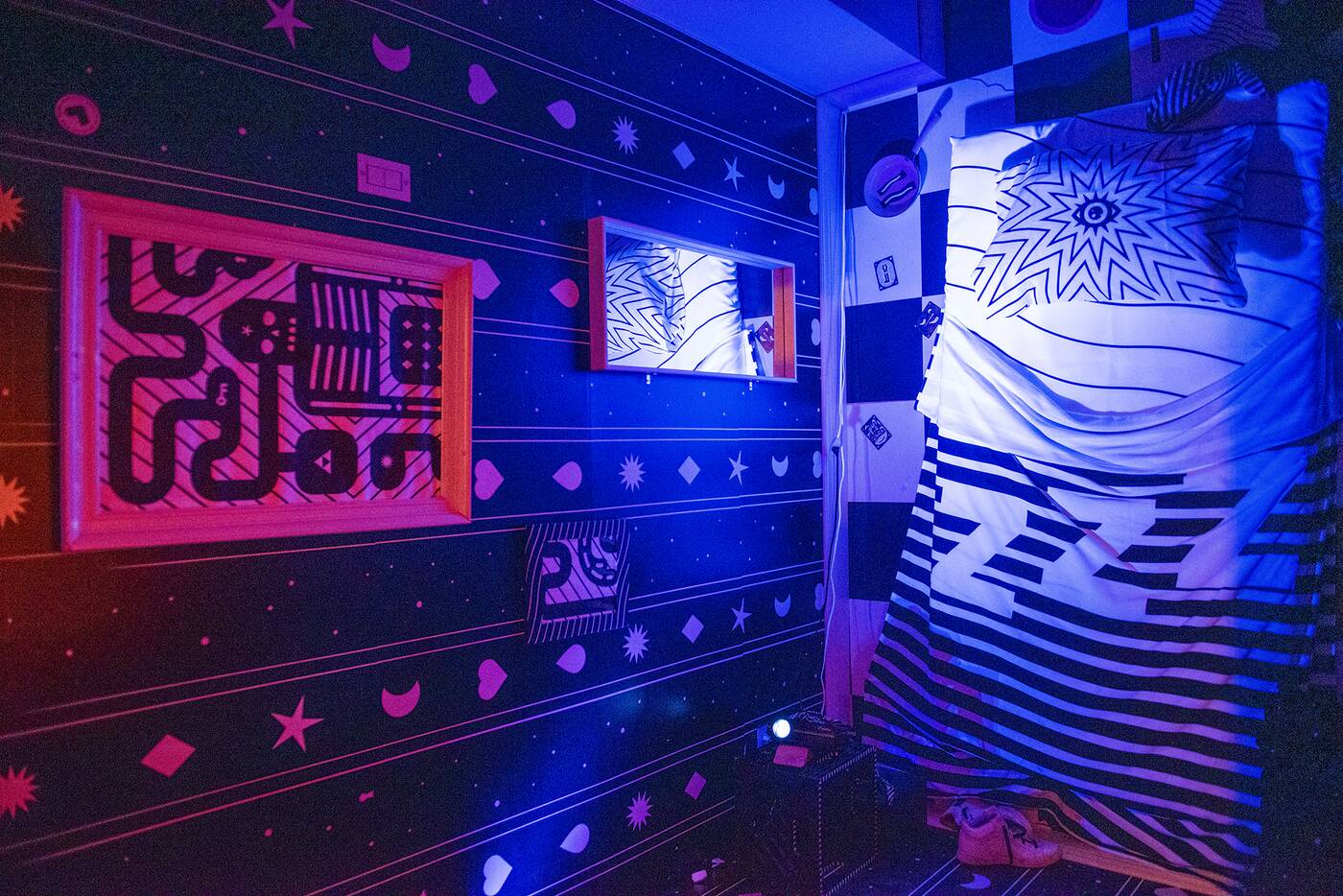 Make sure to have the Funhouse Augmented Reality app downloaded to get the full experience.

One of my favourite parts about this place is that the app takes still paintings on the walls and brings characters like Rose's quintessential squirrels to life in a Harry Potter, Roald Dahl's Witches, kind of way. 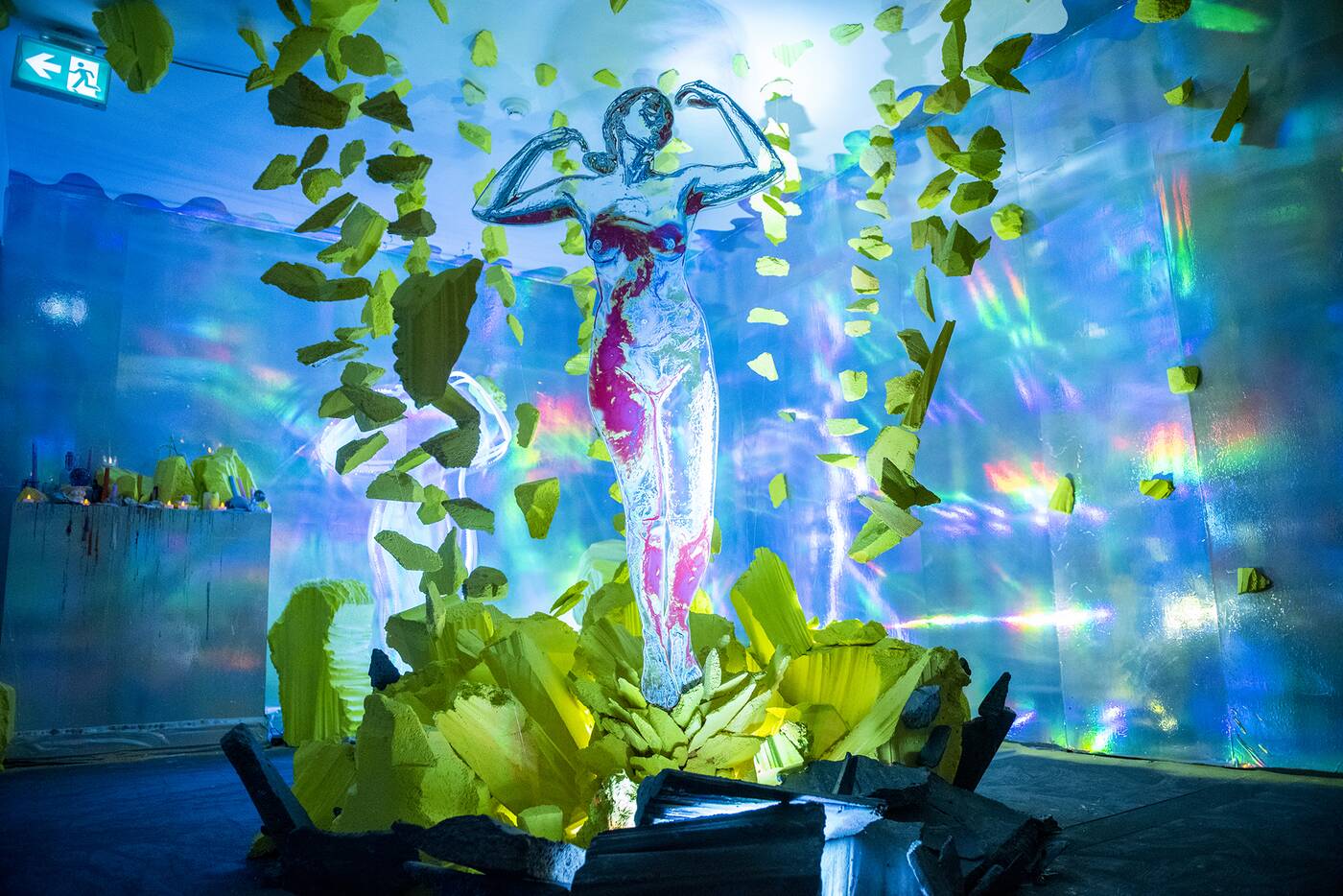 A dreamy fluorescent room dedicated to women empowerment called Venus Rising by the Broadbent Sisters was done with the alt-rock band The Beaches. As with all six artist-musician rooms, you'll hear tracks by the featured musician playing in the background. 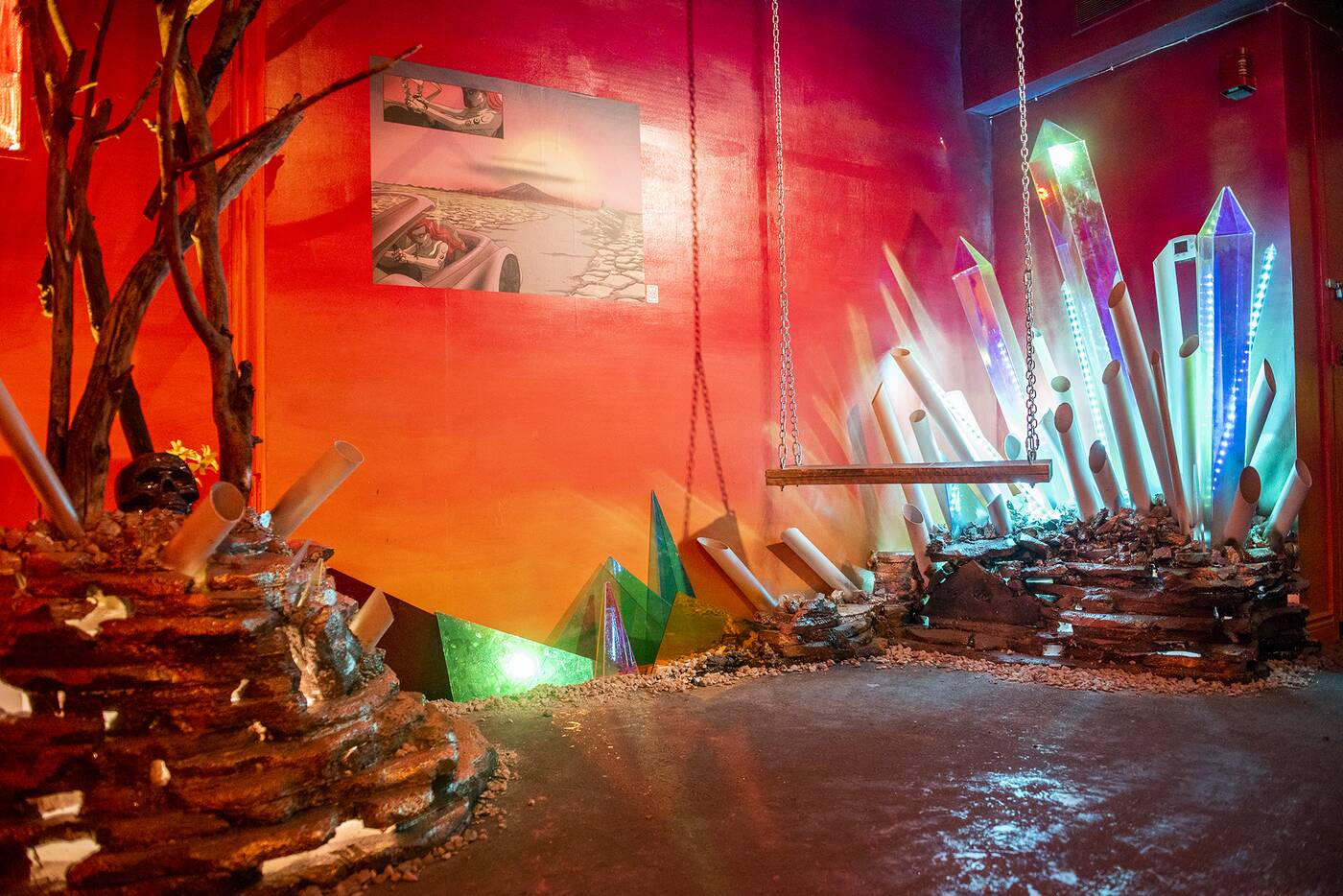 One epic scene in particular, called the Crystal Tower, is brought to life by artists Justin Pape and Nicole Charles with a jagged, plexi-glass covered enclave called Naica, inspired by the eponymous crystal cave in Mexico. 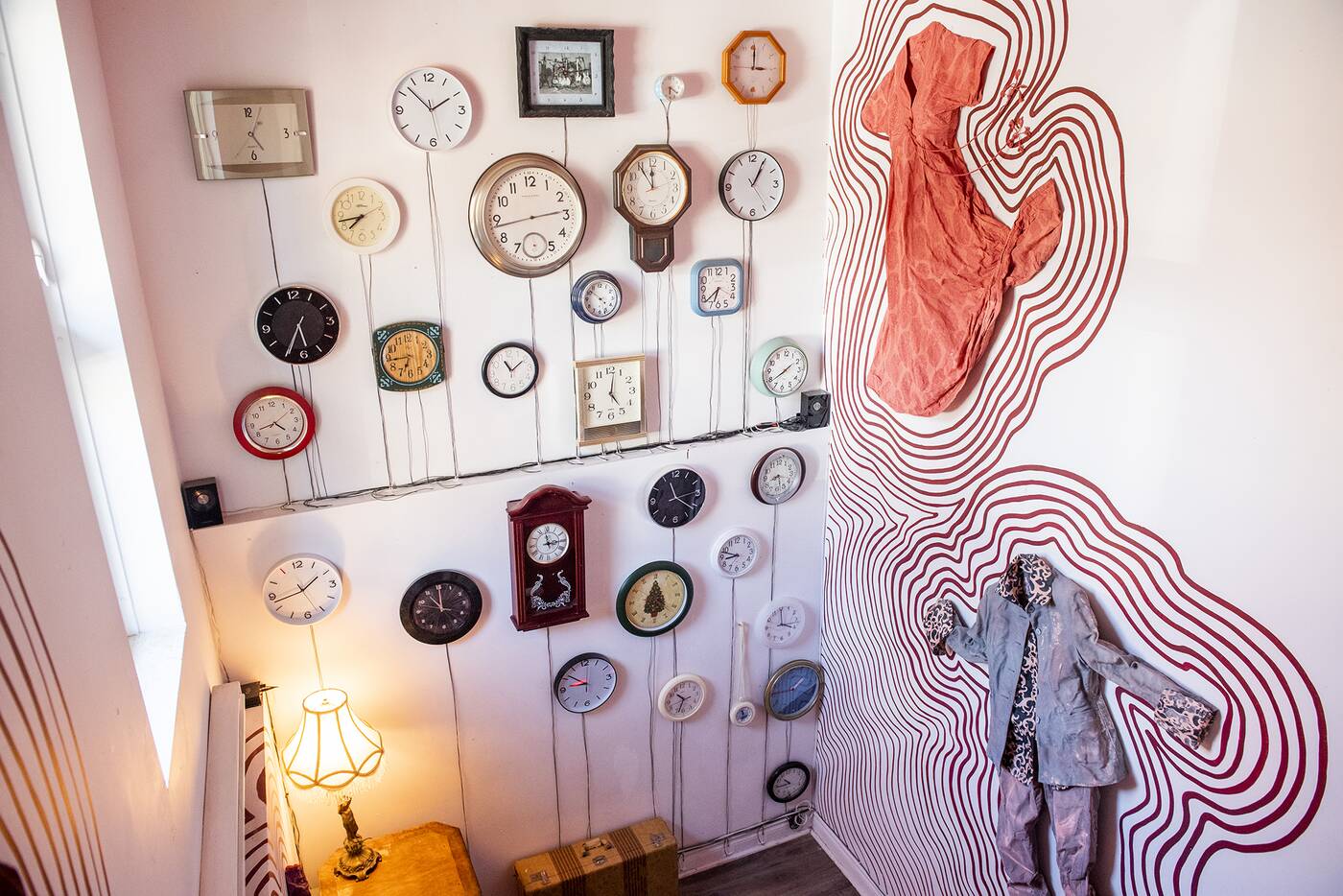 You can head downstairs through an Alice In Wonderland-inspired Rabbit Hole stairwell filled with chiming clocks that stop ringing as you pass by. 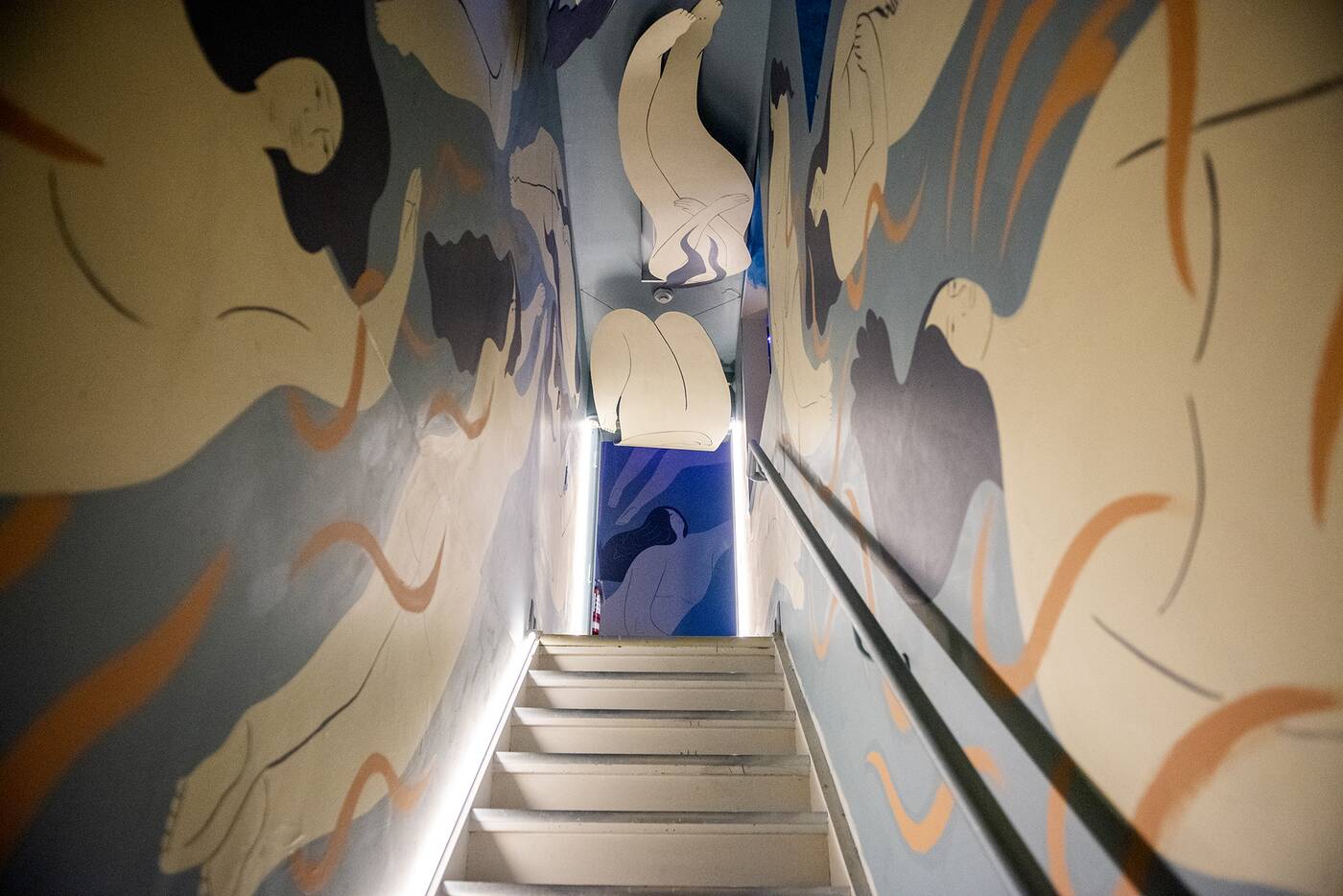 Or, a staircase full of Ness Lee's iconically soft and giant human shapes, this time made of plywood. 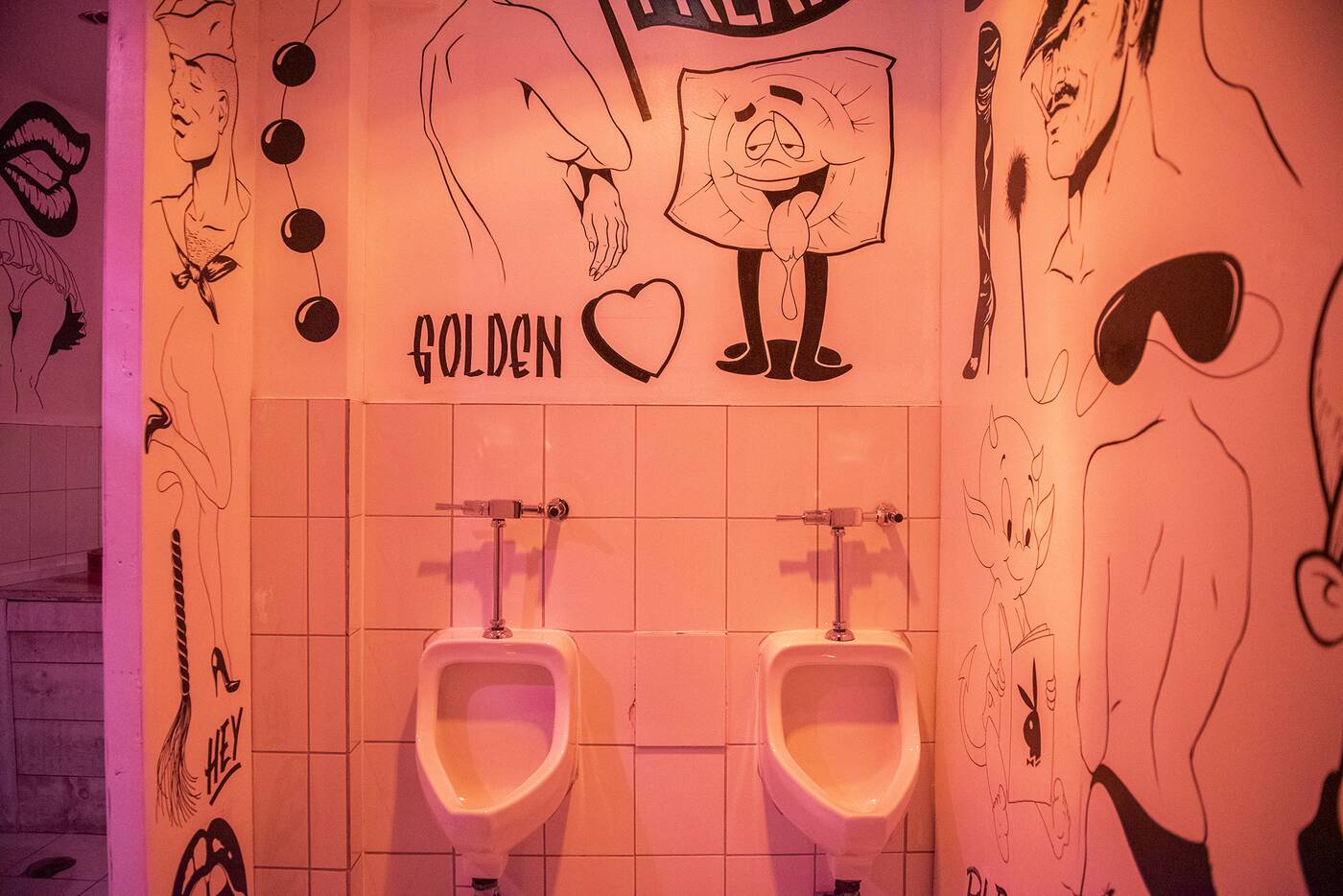 An "Adults Only" bathroom (which you can actually use, by the way) is decked out with raunchy illustrations by Smolik. You can also view the smutty work through a peep hole from the "Family-Friendly" bathroom next door. 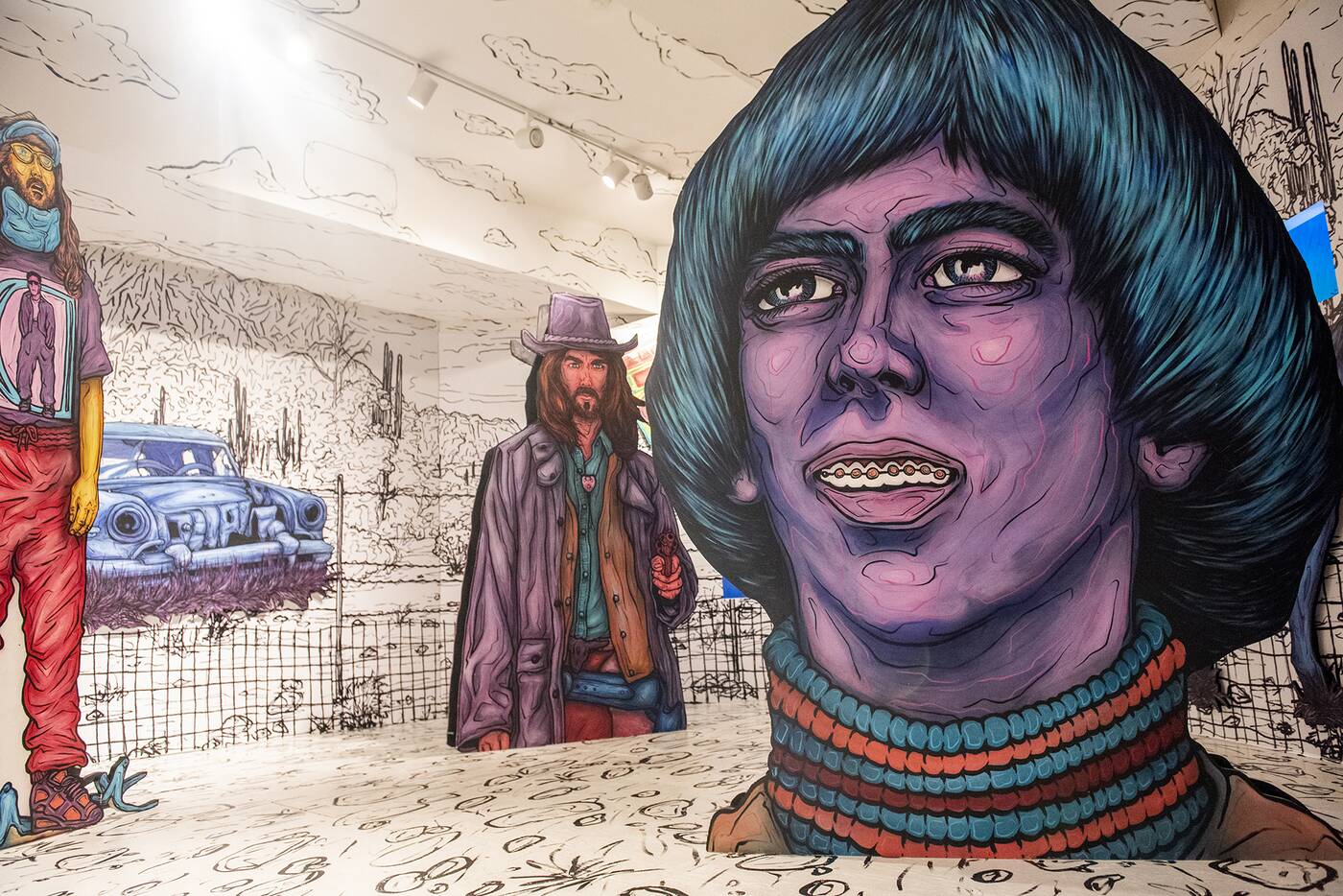 If you're familiar with the artist SonReal, you'll recognize the life-size cut-outs of the characters he plays in his music videos, courtesy of Jeff Blackburn.

Beatles' hits like Lucy In The Sky With Diamonds are made into mini terrariums in the same room by Leigh Van Maaren. 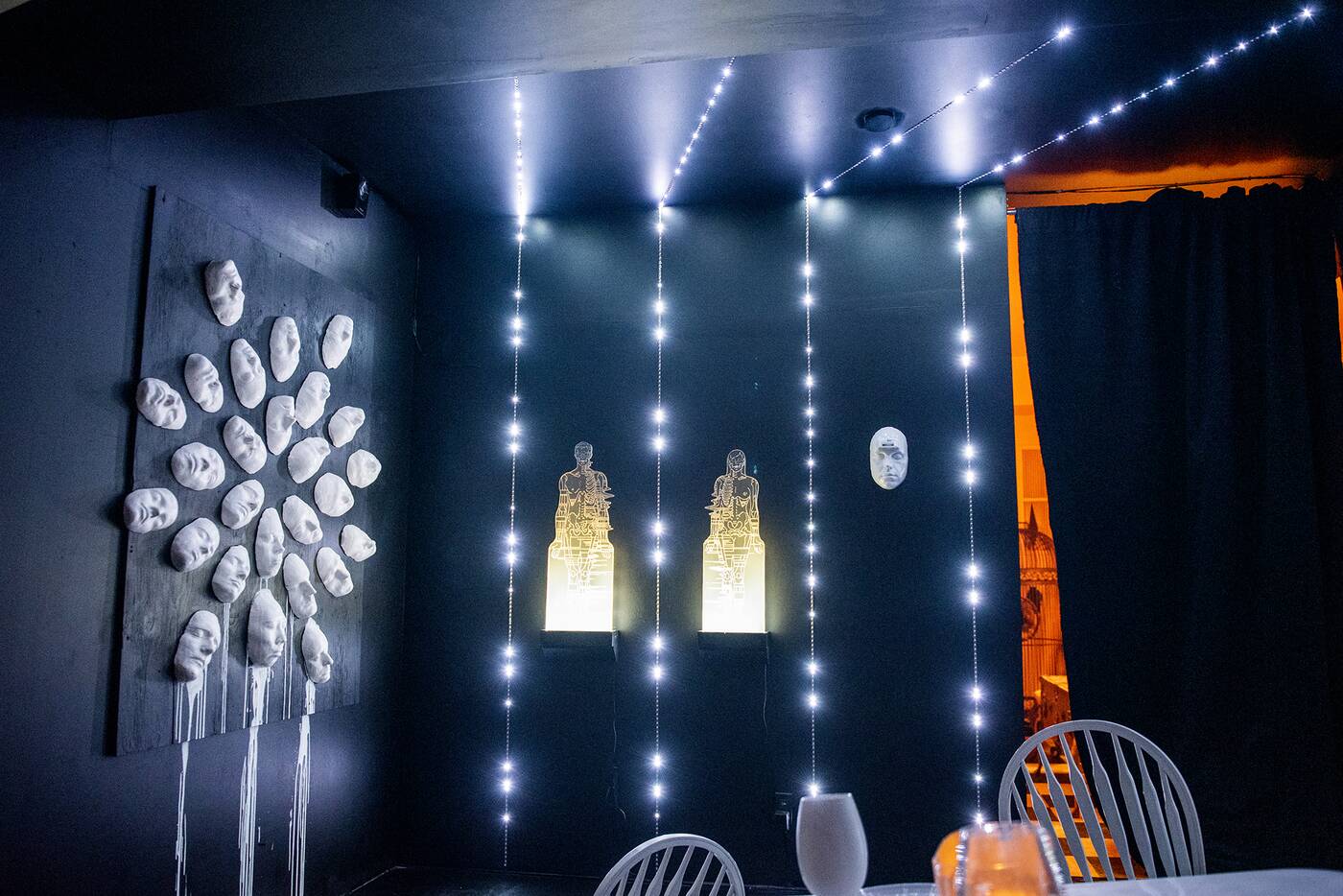 Paul Jackson worked to bring the song Free Trial by alt musician Bad Child to life with a trippy dining room that disintegrates into nightmarish 30-second malfunction when you sit down on the chair. 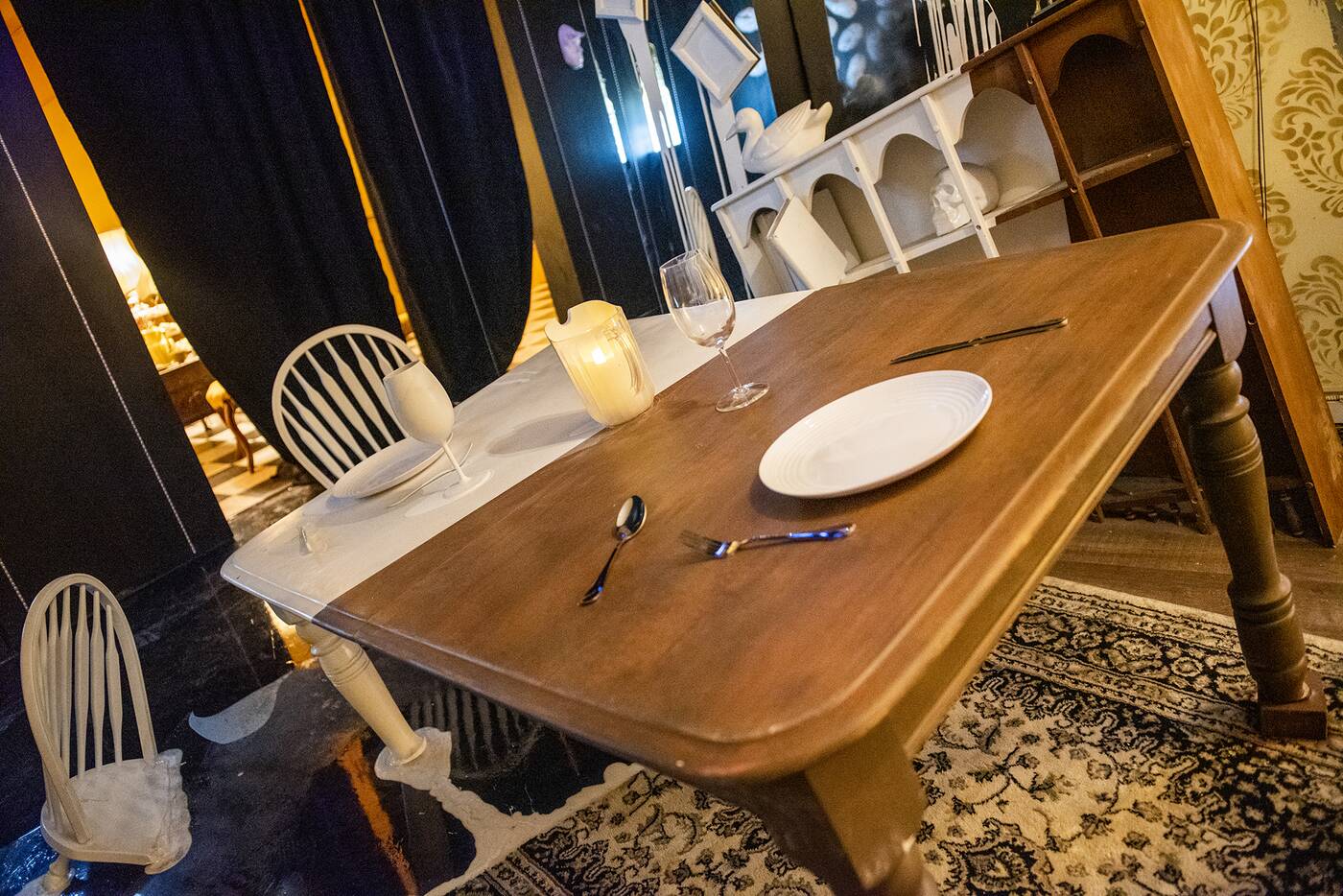 It's a creepy representation of relationships that fall apart with expectation, and oddly #relatable.

Bits and pieces of the entire exhibition, from pieces of string to wires, are preserved in the jar-filled Mad Scientist Lab made by Steph Payne. 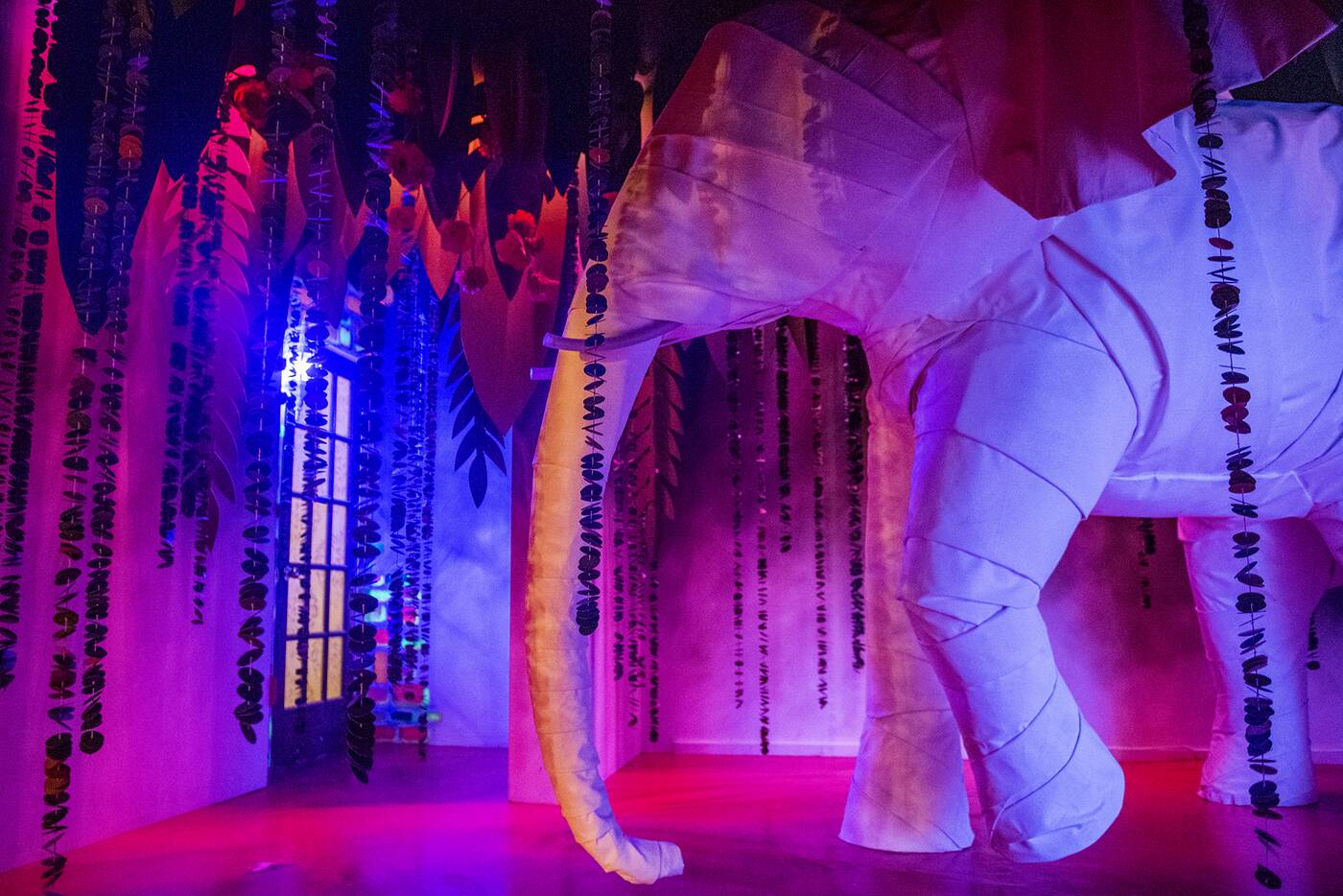 In keeping with Cartier's floral aesthetic (and his insistence on a eucalyptus room scent) the space is filled with handmade paper leaves and a massive cardboard elephant wrapped in canvas. 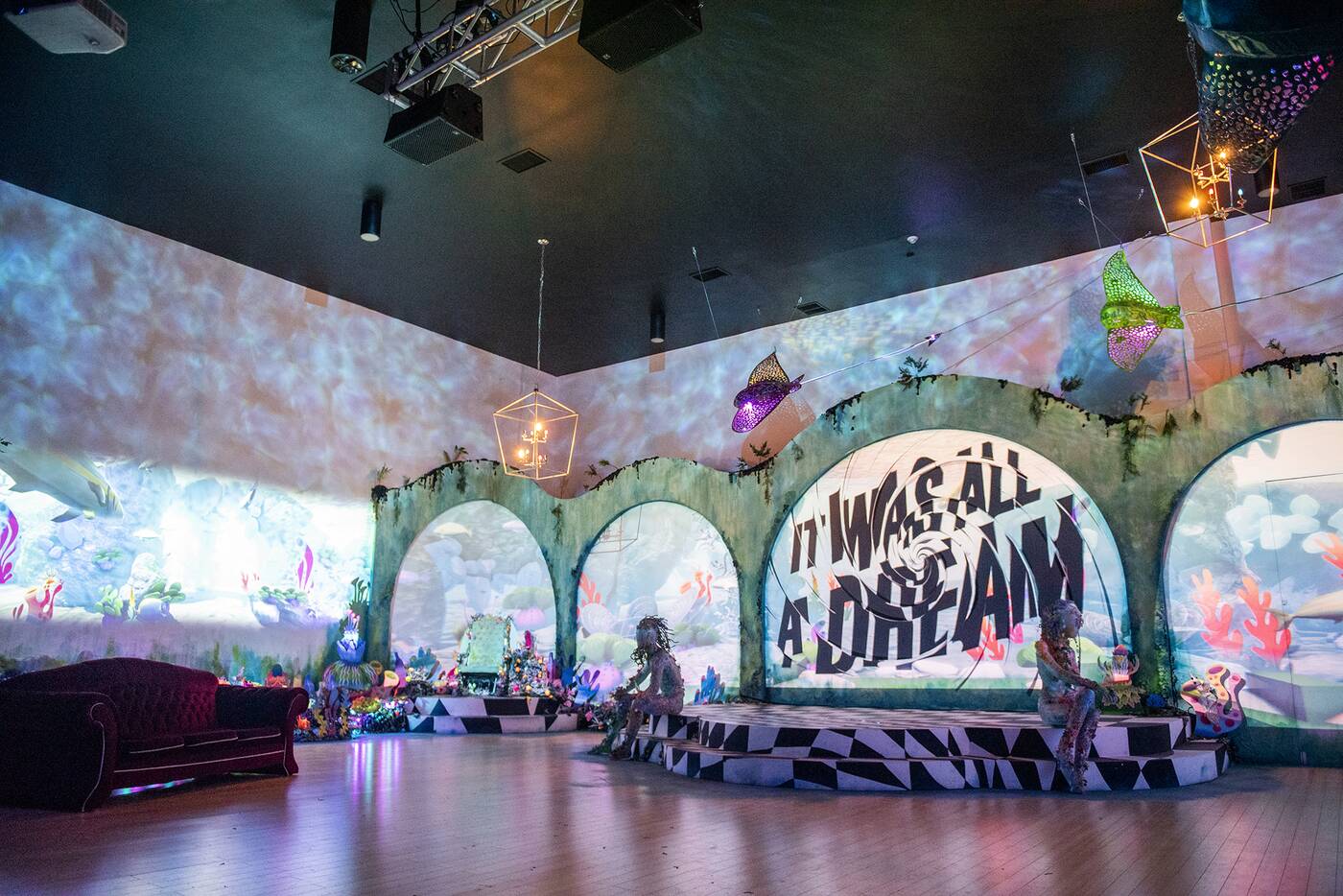 As the last destination, the space opens up into an underwater-themed event space complete with stingrays, seating, and projection mapping.

This aquatic ballroom even has a phone booth in here connected to another outside, which allows you to ring up a stranger in the real world from your subaqueous universe. 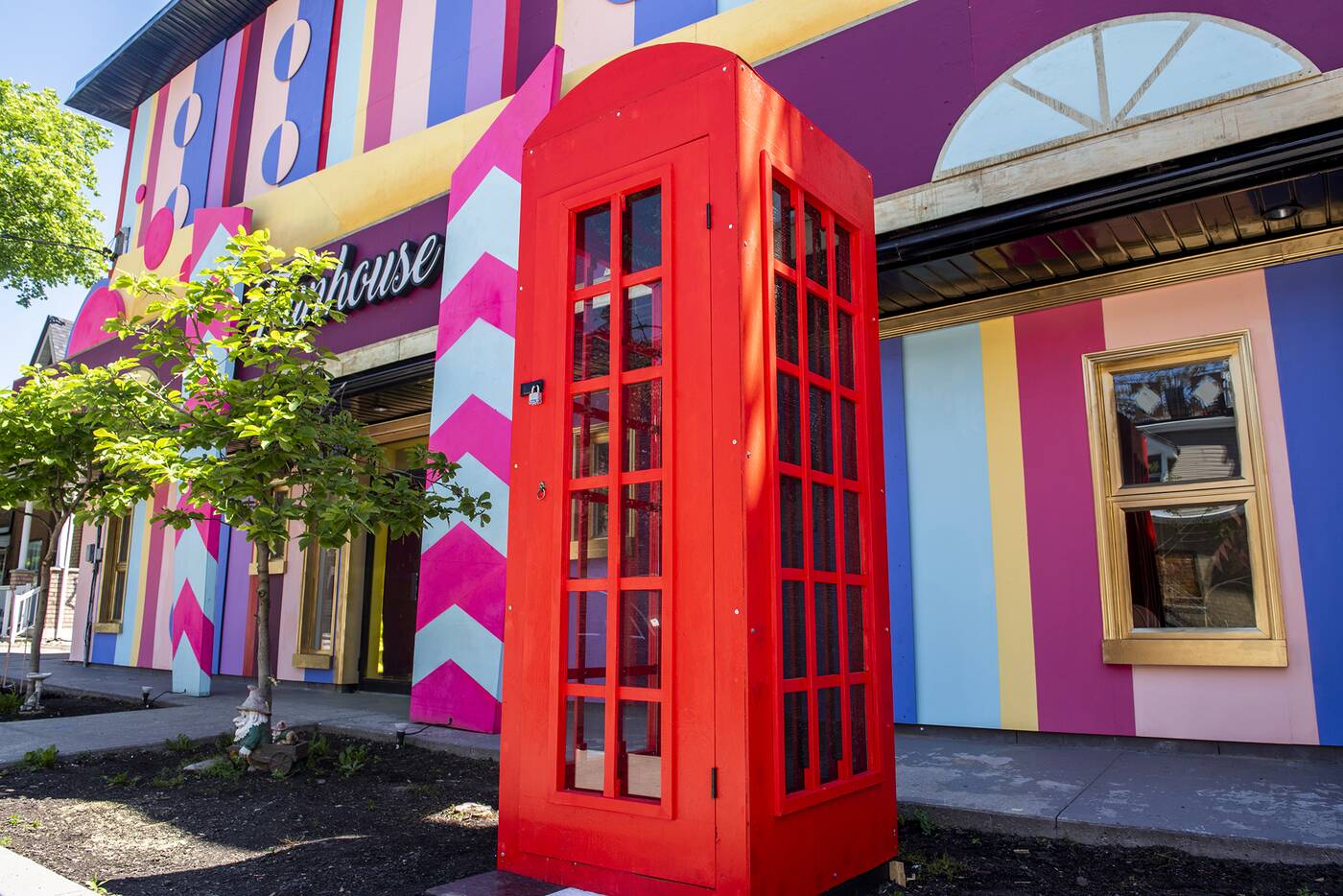