There is absolutely nothing shameful about responsible pet ownership, but try explaining that to a cat or dog who's been sentenced to wear the "cone of shame."

Pets aren't generally fond of the medical collars that protect them from chewing their stitches or excessively licking their wounds after surgery. Some even hang their heads in what owners believe is embarrassment.

Vets might disagree on that last point, but the "cone of shame" nickname and all it implies still pervades (thanks, in part, to Disney's UP), prompting humans to feel sorry for dogs in cones—but our sympathies may not be necessary.

A dog from Toronto, Ontario, didn’t let the ‘cone of shame’ keep him down after he was neutered at the end of March.https://t.co/Q9uJxQHTfn pic.twitter.com/tQlVs4IVII

Torontonian Kaitlyn Cotter and her friend Hilary Turk have flipped the stereotype from cone of shame to "cone of fame," as some are now calling it, by getting creative with her recently-neutered dog Gus.

Photos of Gus and his various looks started spreading across the web last week after one of Cotter's friends posted to a Facebook group called Dogspotting Society, which allows people to share footage of their own pets and random dogs they encounter for others to enjoy.

"So my girlfriend's doggo Gus was neutered this week, and we now wait patiently for his outfit of the day," wrote Megan Shaina with five pictures of the young retriever.

Here he is as a slush puppy... 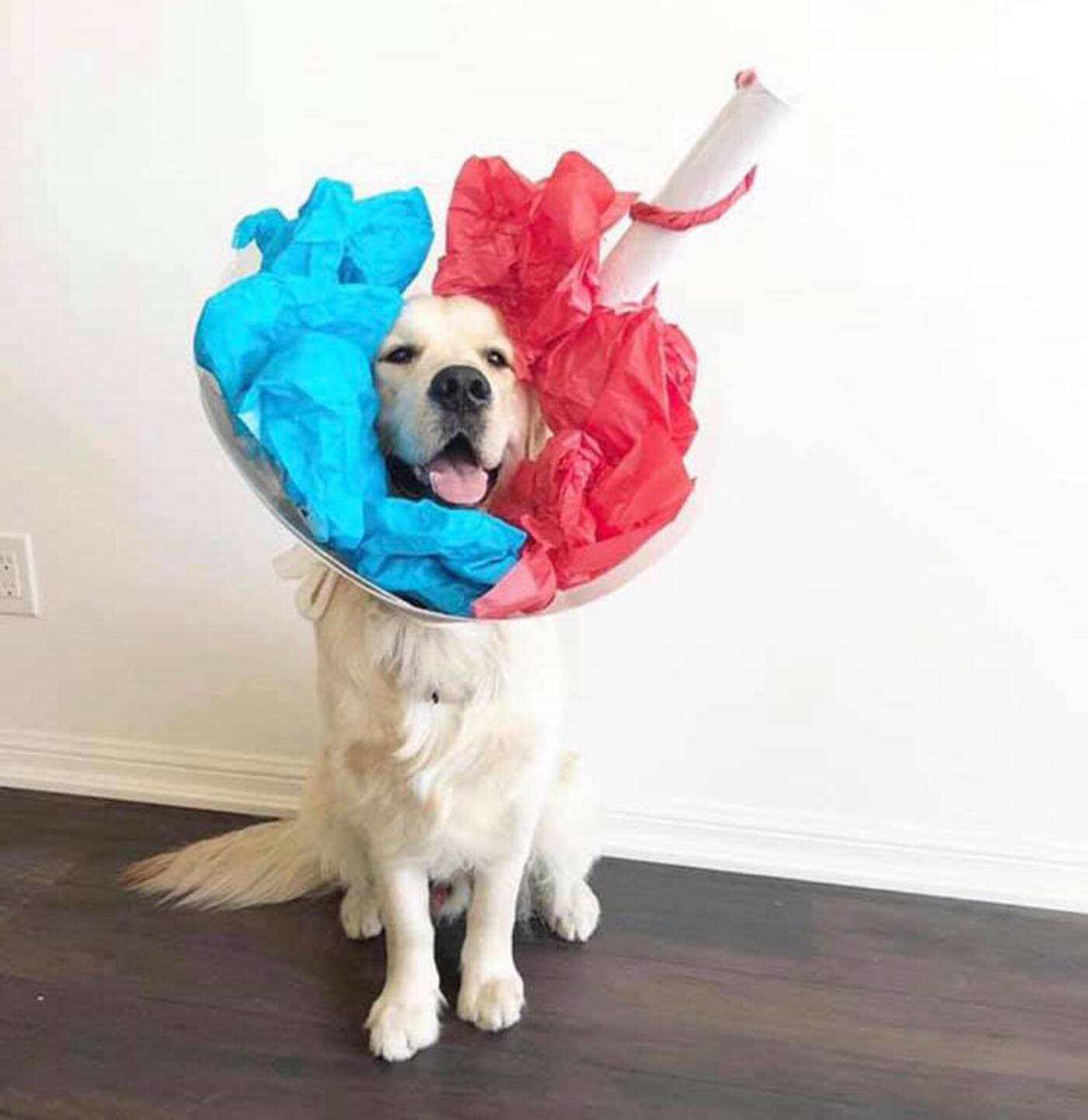 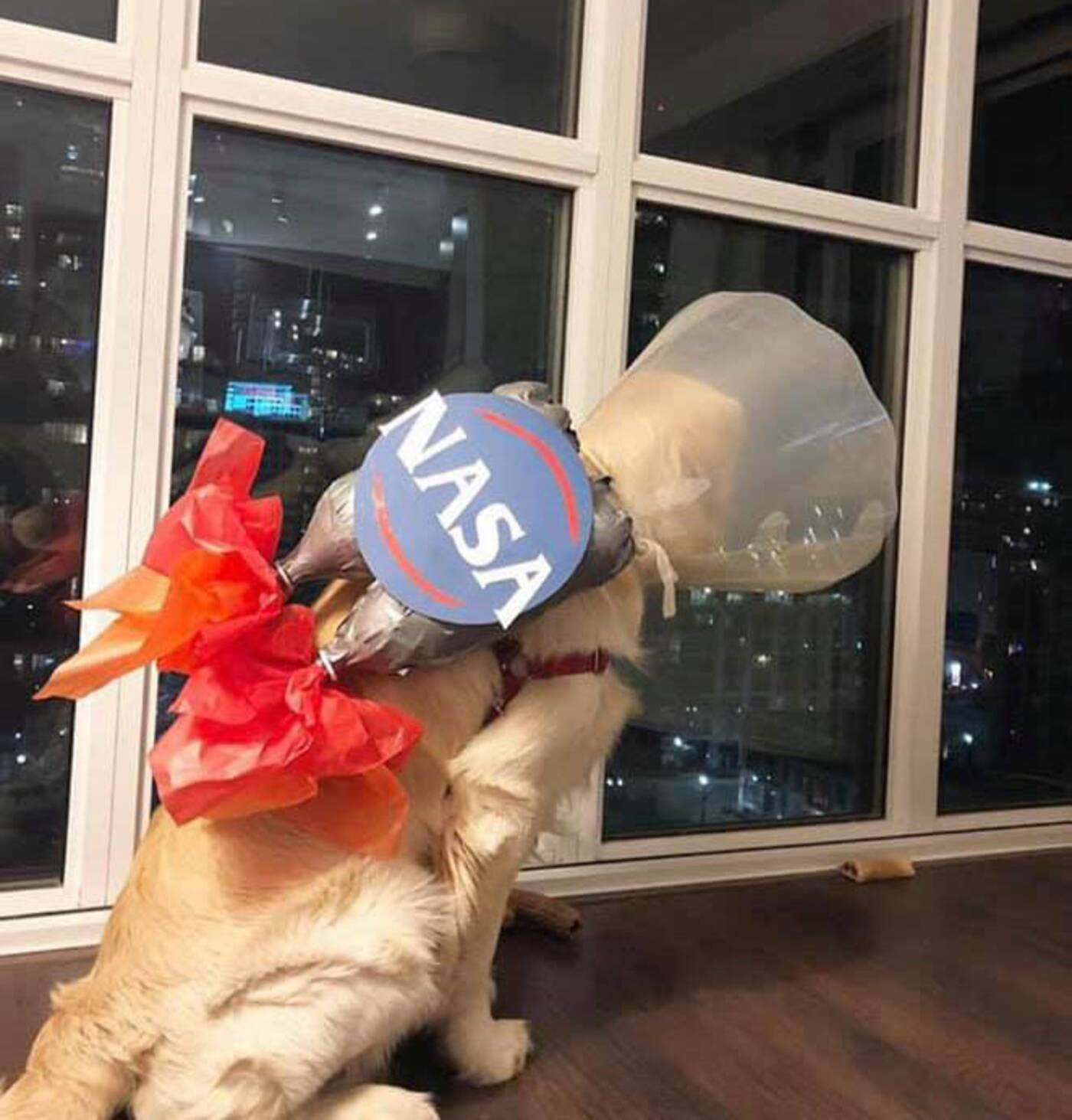 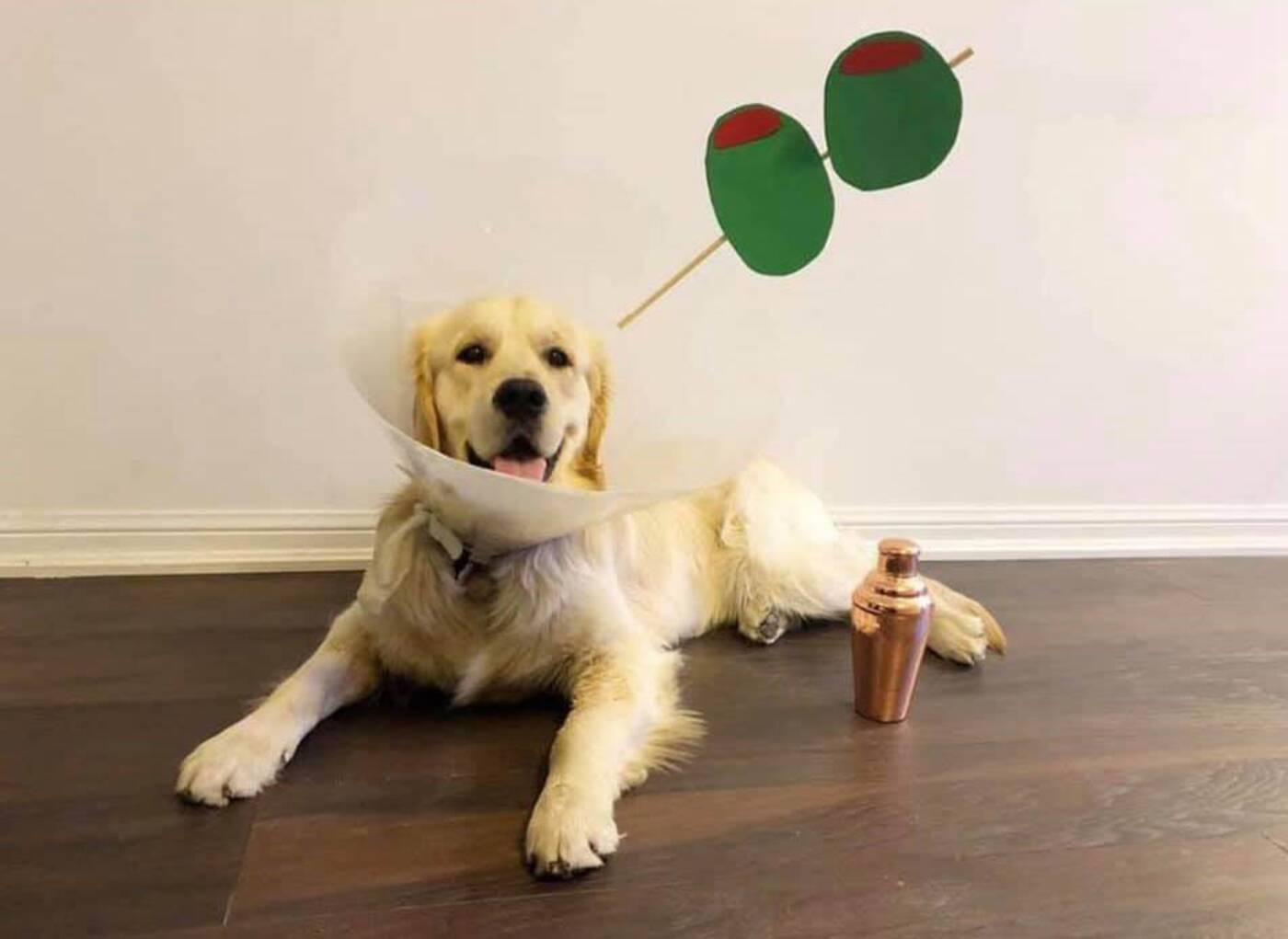 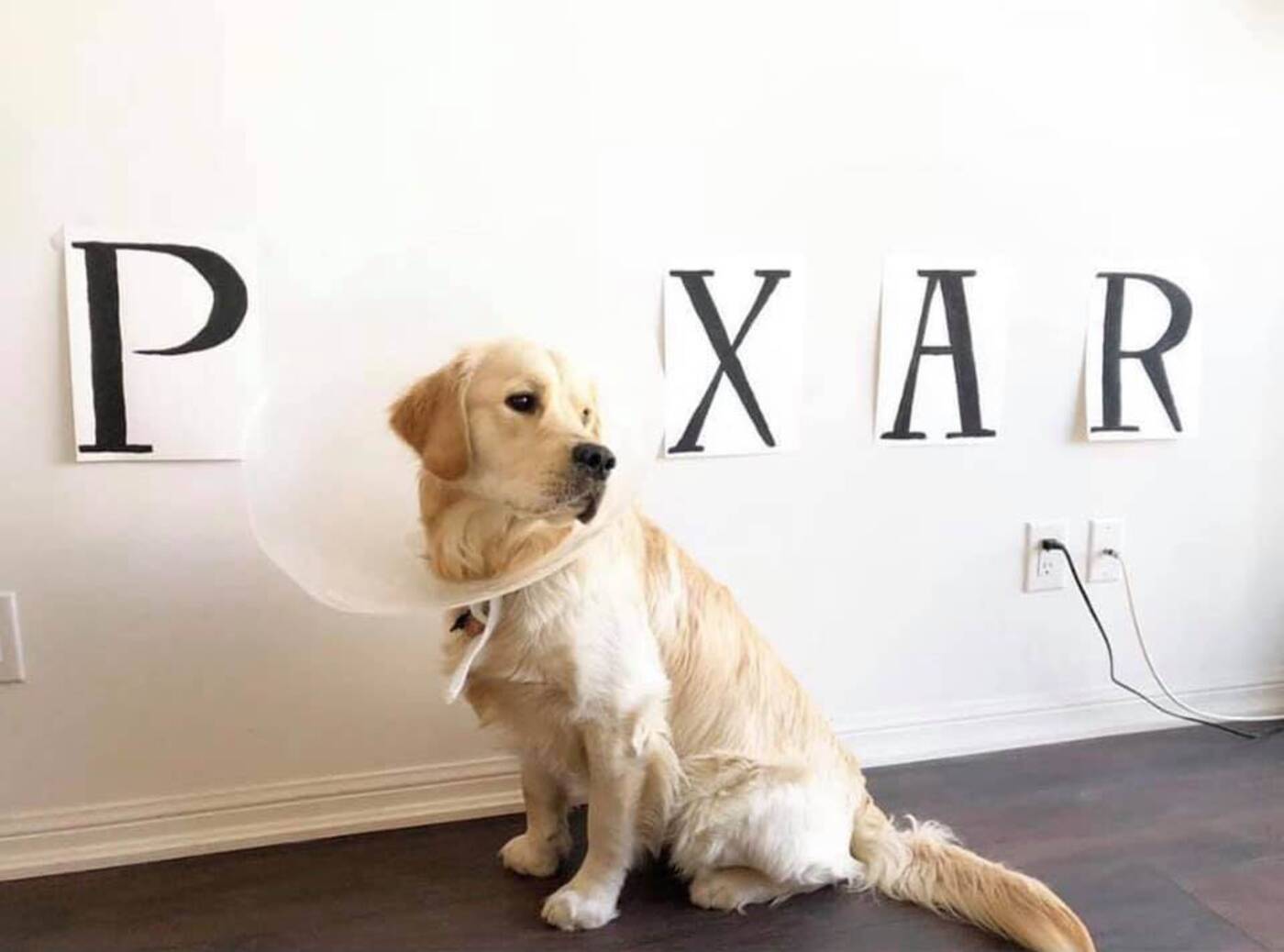 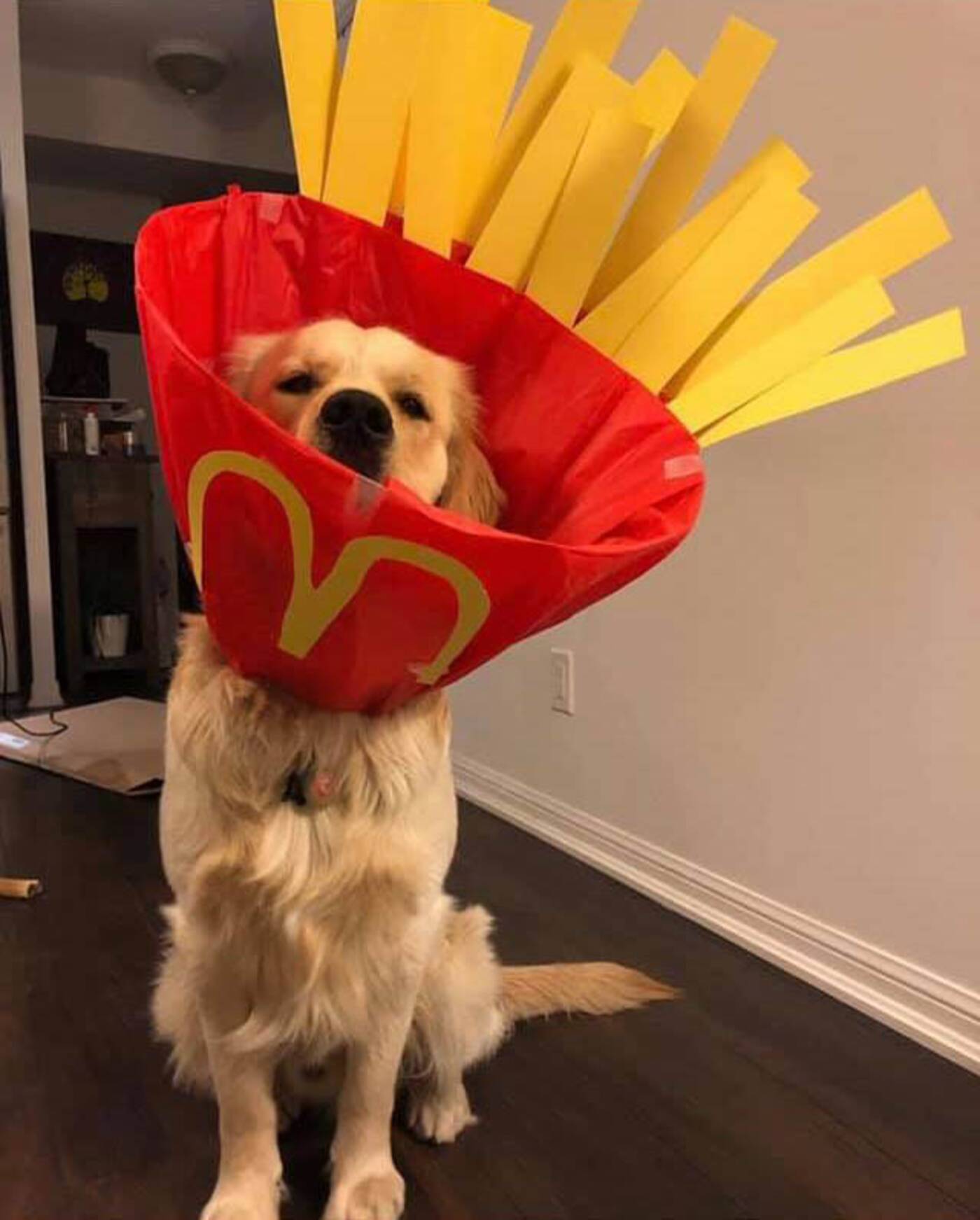 These images had been liked nearly 12,000 times on Facebook alone as of Monday morning.

Gus, as a dog, likely doesn't understand his internet fame, but that wagging tail suggests he's a fan of his owner's handiwork either way.

So have your pets spayed and neutered, friends, and then turn them into sharks.