Of all the things a professional photographer aspires to be known for, "projectile vomit" isn't usually one of them—but you can't pick and choose what the people devour, even when what they're devouring is puke.

Wons says he was out with some friends when, around 9:30 p.m., someone randomly walked into his shot. That person happened to be throwing up in spectacular fashion at the time, which is why the artist has since nicknamed him "Chucky."

In the roughly 18 hours since then, the photo has racked up more than 1.2 million views and 137,000 upvotes on Reddit alone.

"It's pretty wild. Really it is," says Wons of the picture's virality. "I've had some hobby photos get a bunch of features and attention... but nothing like this."

And that's saying a lot, given that he's shot Angelina Jolie, George Clooney and Tom Hardy (among other superstars) over the course of his roughly 10-year-long career behind the lens.

At least 60 people have contacted Wons since the photo hit Reddit's front page to request a print, though he predicts the number will be a lot higher as he looks through the mountains of messages waiting for him.

"It's a cool feeling," he says. "I'm thankful that I was able to find photography and turn it from a hobby to a full blown career and not lose my love for it... As we can see, the streets have no shortage of moments to keep me on my toes."

Speaking of toes, a lot of people are asking today about the dog in the photograph. Did he get puked on?

"NO! Absolutely not," says Wons, noting that "the dog licked the puke, because, dogs."

"Doggo was totally unharmed," he continued. "If anything I think it might have been the most excited out of everybody." (Probably for the free snack.) 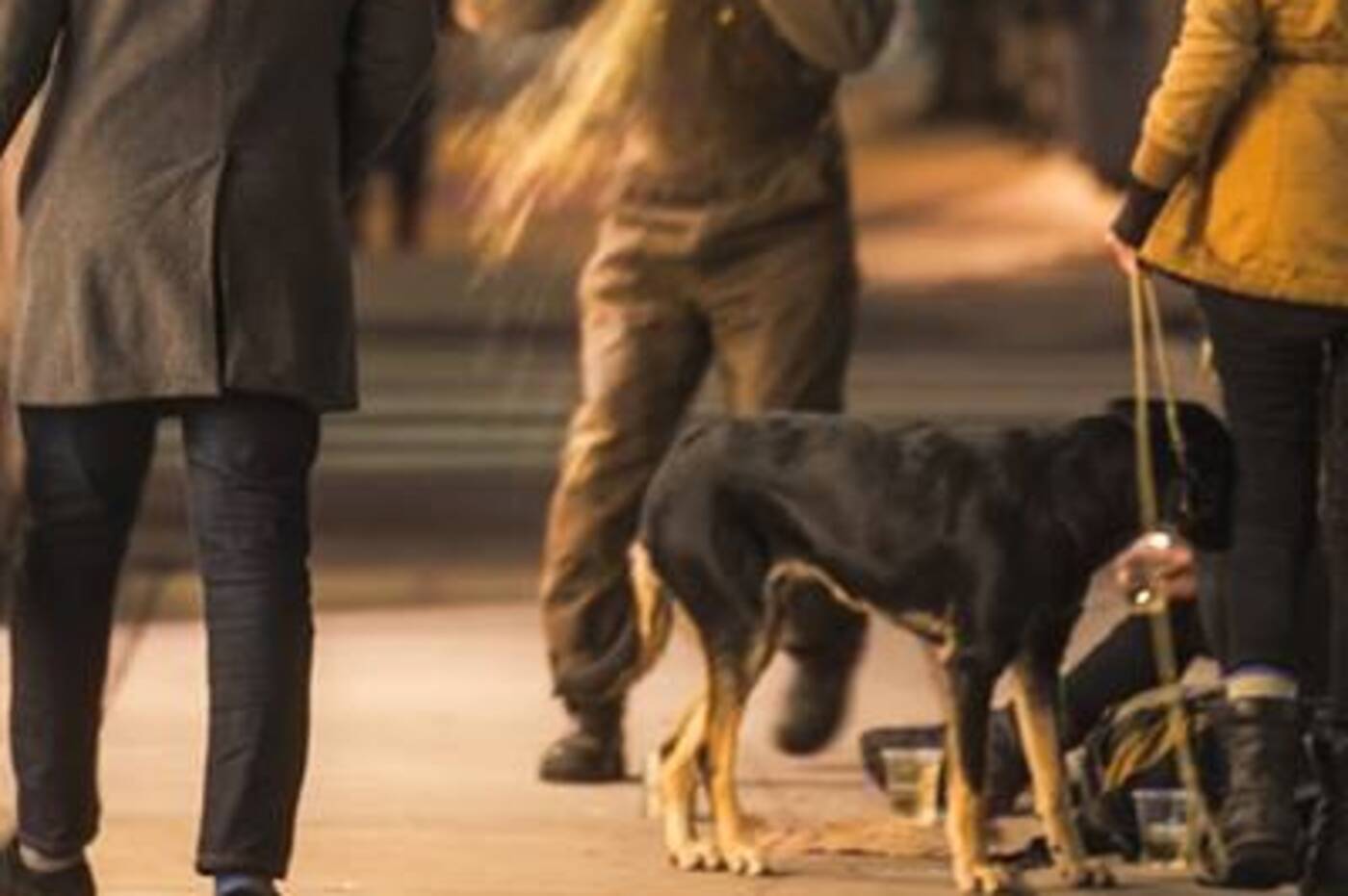 Redditors are most concerned for the safety and cleanliness of this dog, who narrowly avoided a puke shower in Toronto on Sunday night. Photo by Nick Wons.

The man throwing up seemed okay too, says Wons. Chucky simply wiped his face and went into the night "scented with a subtle hint of stomach contents."

Whether or not the puker knows of his newfound fame remains to be seen. The photo is blurred enough that his face can't be made out, so it's up to him to come forward if he so chooses.

Wons, for his part, continues to be blown away by the accolades for his work.

"This is why you always have you camera on, ready to go, and shoot in burst mode," he jokes. "Your next photo could very well land on the front page of the internet."