Slated for completion sometime in September, the fascinating structure can be found in a public parking lot at King and Brant Streets, where builders are still working to re-assemble the 14-metre-high pavilion. 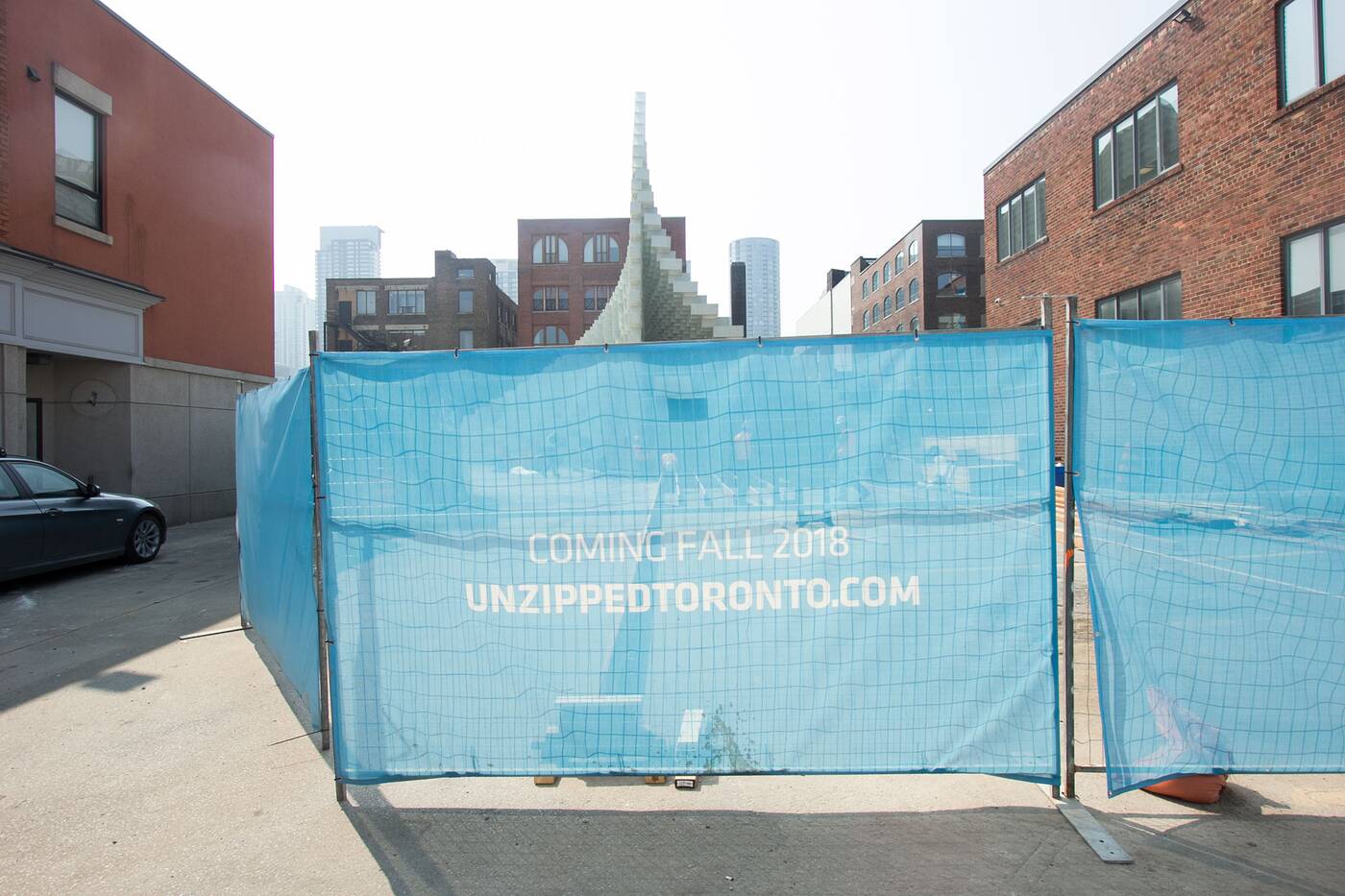 The Serpentine Pavilion, also known as 'Unzipped,' will be complete sometime in September.

Tucked on the north side of Brant across the street from Belfast Love, the installation will officially open to the public sometime in September before it makes its way to its permanent home along Vancouver's waterfront in November.

Unzipped comes by way of England courtesy of the Danish firm Bjarke Ingels Group (BIG) as part of the annual architectural program at the Serpentine Galleries in London.

Initially built in 2016 and since acquired by Canadian developer Westbank Corp., Unzipped can be torn down and reassembled again thanks to its innovative design. 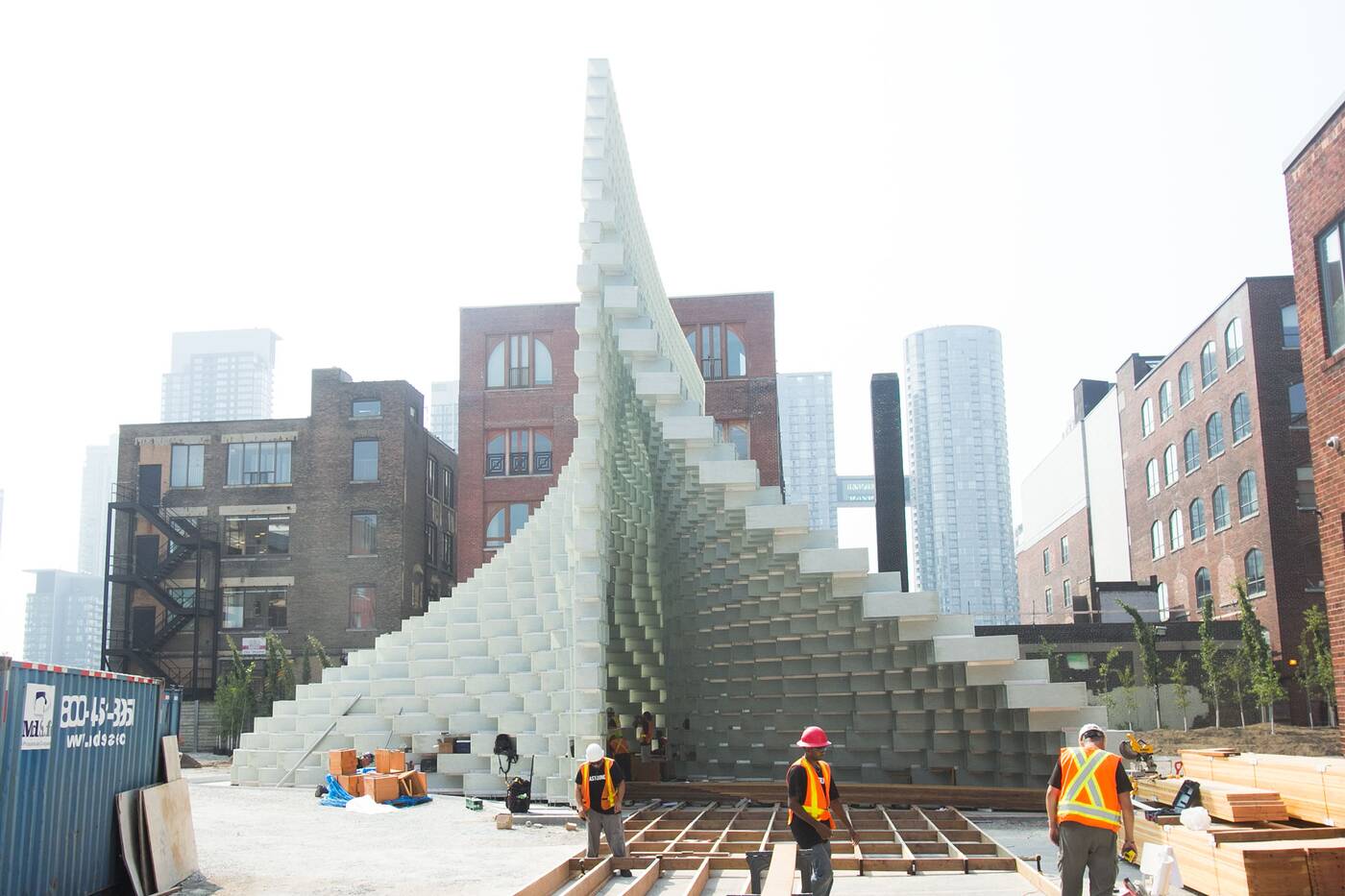 Unzipped will be making its way to Vancouver in November, possibly stopping by New York first.

Inside, a cavernous opening with an 'unzipping' effect will allow visitors to check out the architectural exhibit curated by BIG, with plans to hold events in there at night.

Seeing the construction process is almost just as fascinating as the final product. Sadly it won't be staying for long, so check it all out while it's still here. 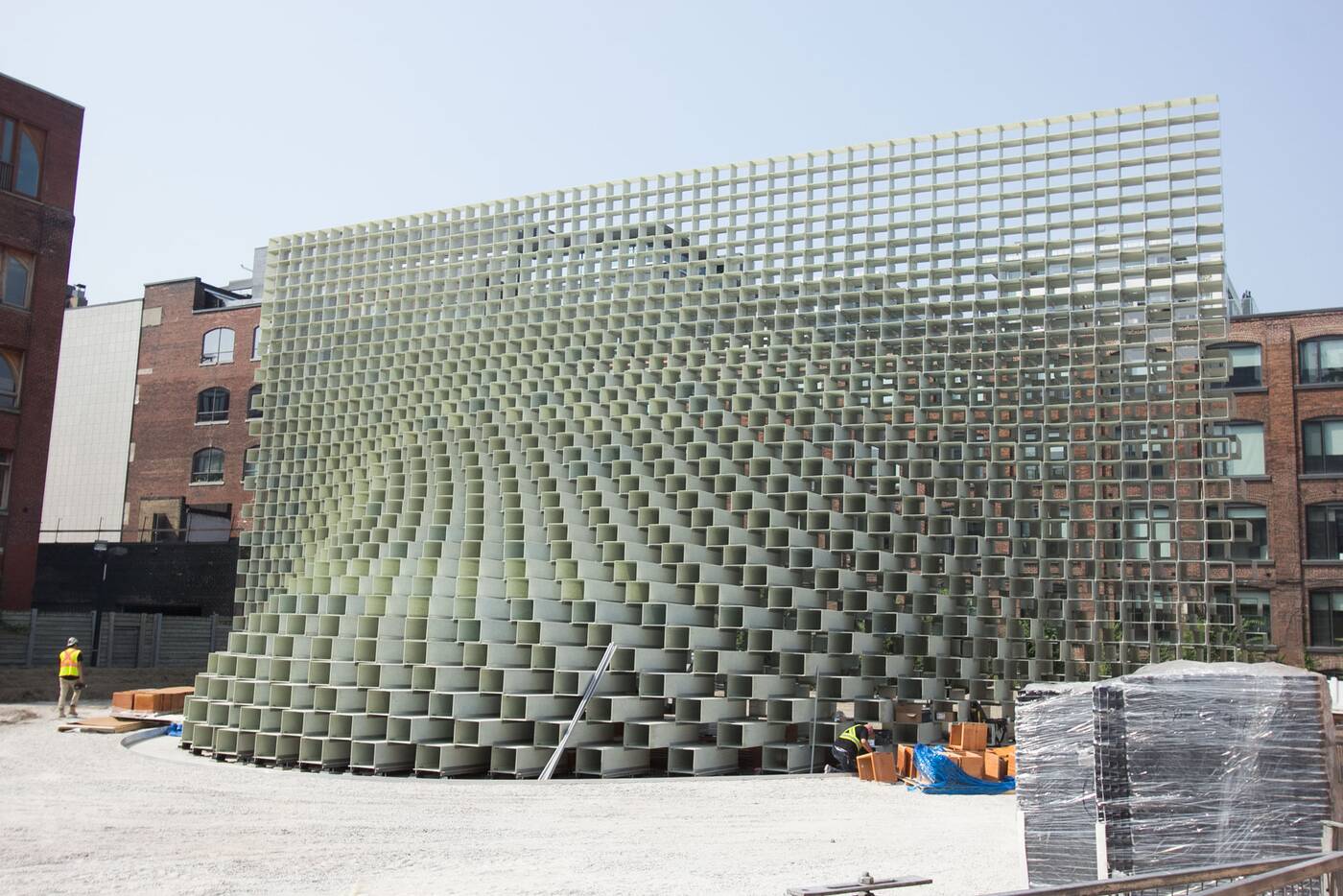