Although not Toronto's first book vending machine — the beloved "Biblio-mat" at Monkey's Paw on Bloor Street West came before it and served as inspiration — Carry On Books, the new book vending machine that launched today is certainly a game-changer for those in and around the Billy Bishop Island Airport.

Even better, the machine is situated "pre-security" so you don't need a boarding pass to take advantage of it. Put in place by the Literary Press Group, an association made up of 60 Canadian independent book publishers, the vending machine features 20 independent titles.

Books are priced between $16 and $20, the machine accepts debit and credit, no cash, according to the Toronto Star. 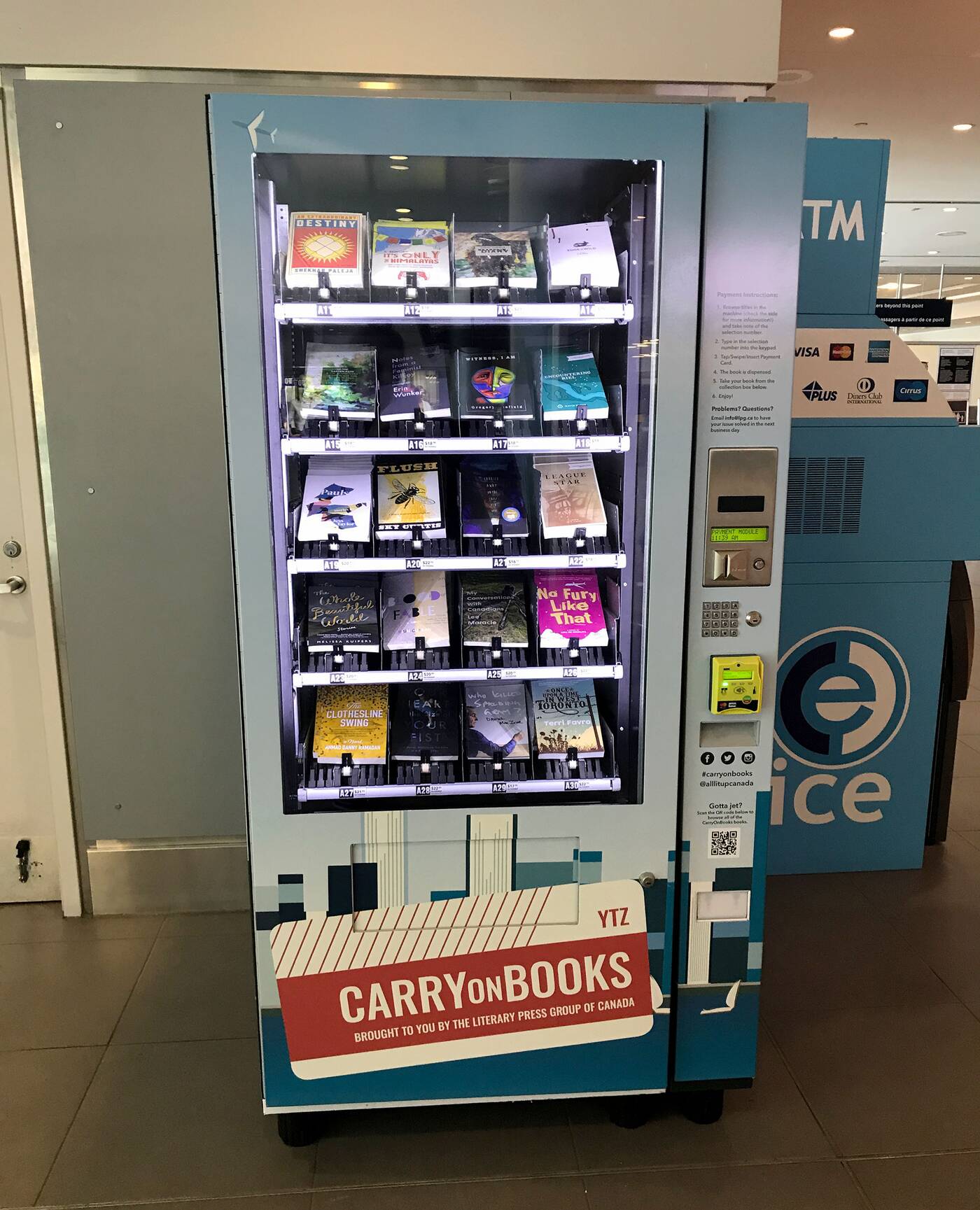 Carry On Books is an "experiment" running from June 1 to Aug. 31 and was funded by the Canada Book Fund.

As for why this machine is in the airport, “We thought Billy Bishop was the best place to launch a book vending machine because there’s no real entertainment options on the flight,” Christen Thomas, Literary Press Group's executive director, told the Toronto Star. “We often see passengers reading the literature on the plane.”