Ads can often look like art, but it's rare to see art that looks like an ad (unless it's been bankrolled by Coke or whatever).

A series of unusual billboards installed around Toronto earlier this month may appear to be promoting something, at first glance, because... well, they're billboards.

In some ways, they are promoting messages, but they're not commercial ones; they're about stuff like the profusion of cultural appropriation in Western art history and challenging static visualizations of womanhood.

I can think of very few brands who'd touch either of those topics without effing up big time. 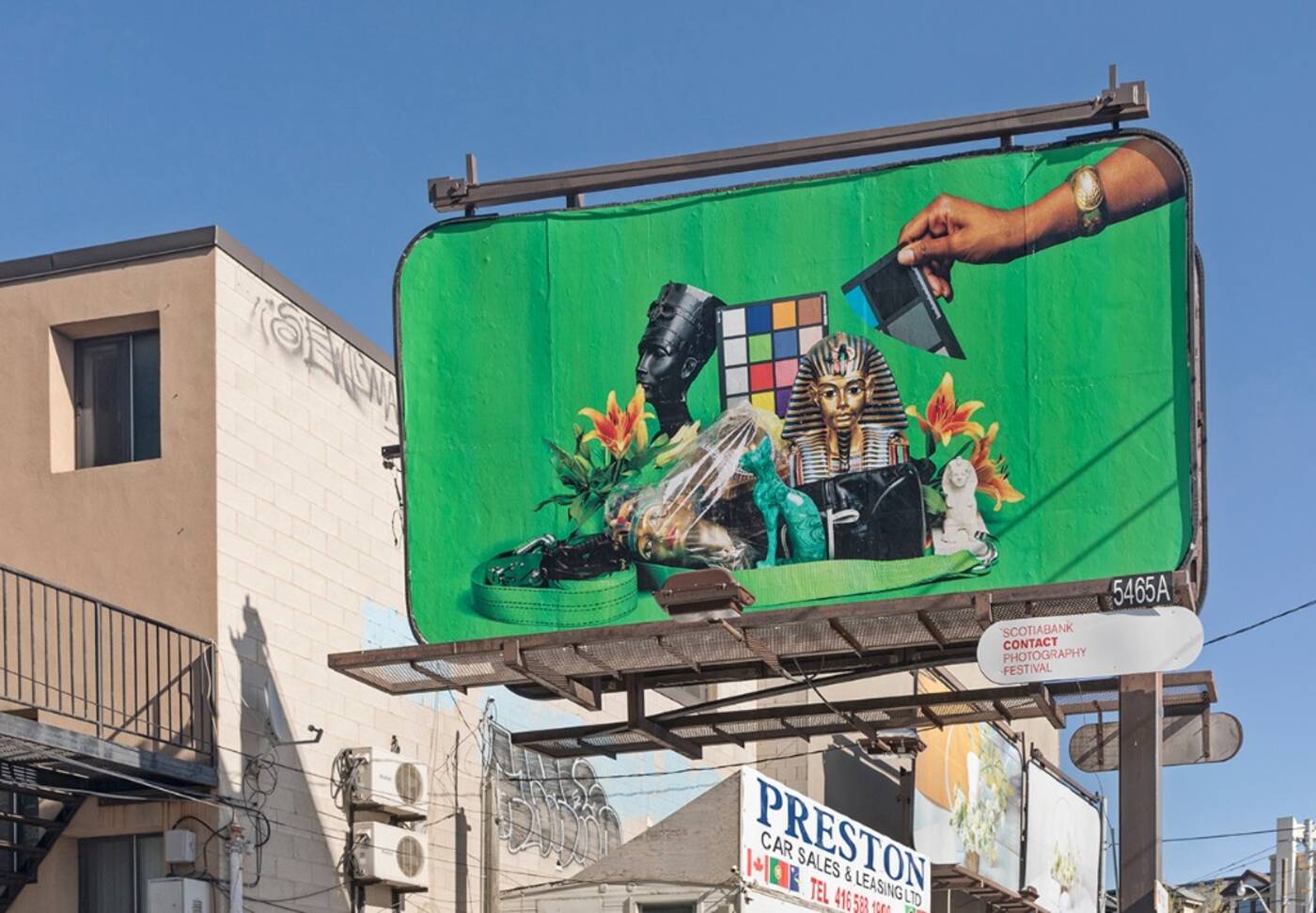 Fortunately, despite the platform used to display them, these works don't come from brands. They're public art installations.

About 10 Pattison billboards were outfitted with prints by three leading contemporary artists as part of Scotiabank's annual CONTACT Photography Festival, which "presents lens-based works by acclaimed and emerging artists, documentary photographers, and photojournalists" in and around Toronto.

CONTACT only runs until the end of May, but the billboards will remain on display until June 3 and if you have yet to notice one, look up. They're dope. 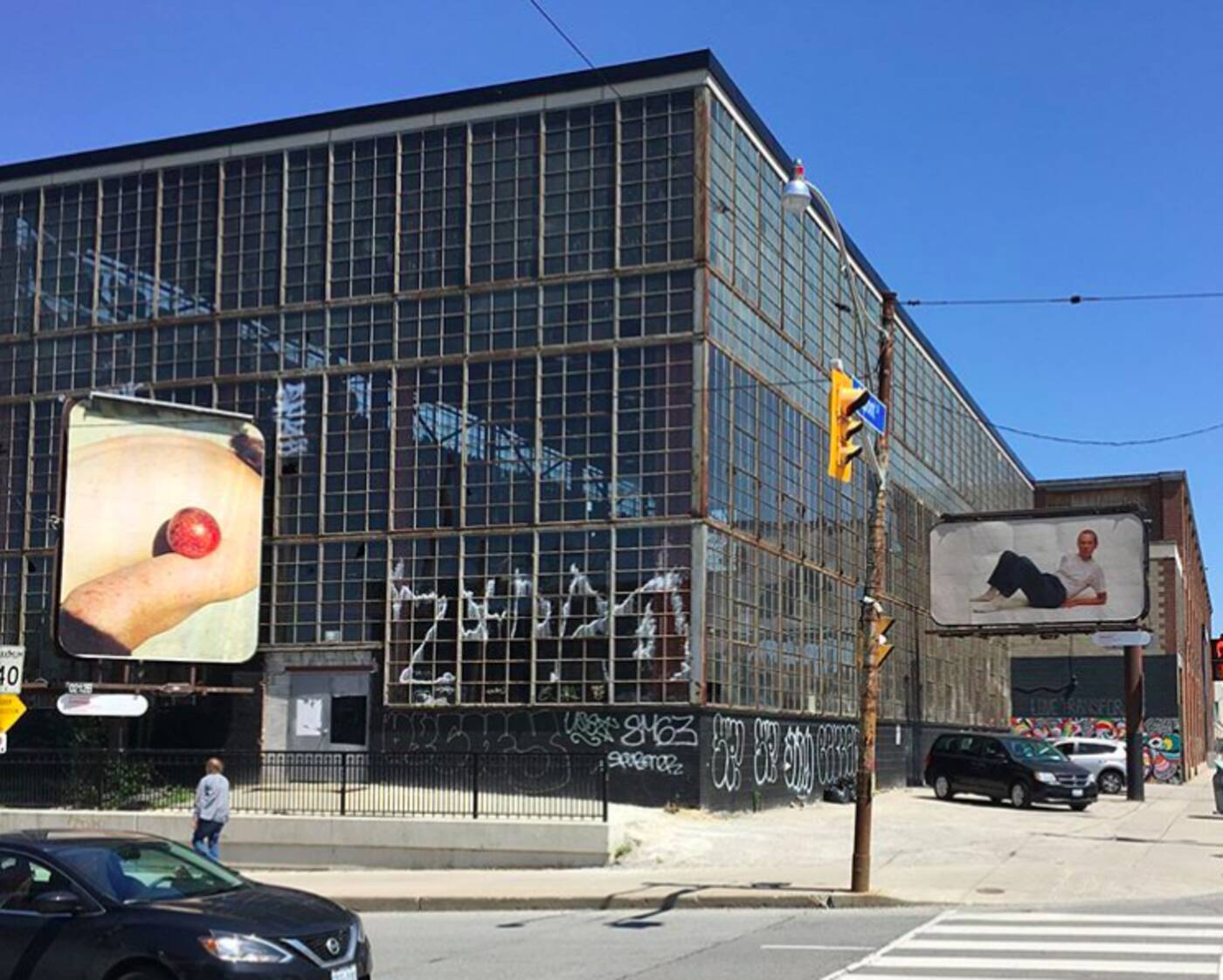 Charlie Engman's 'Mom' as displayed in Toronto during the 2018 CONTACT Photography Festival. Photo via Charlie Engman.

The first set of billboards comes to us via Charlie Engman's ongoing, long-standing project Mom — a groundbreaking series in which the artist uses his own mother as subject, muse and vehicle for exploring the identity of middle-aged American women.

Engman's work can currently be seen high above the sidewalk flanking a one-time industrial building at Dovercourt Rd and Dupont St. 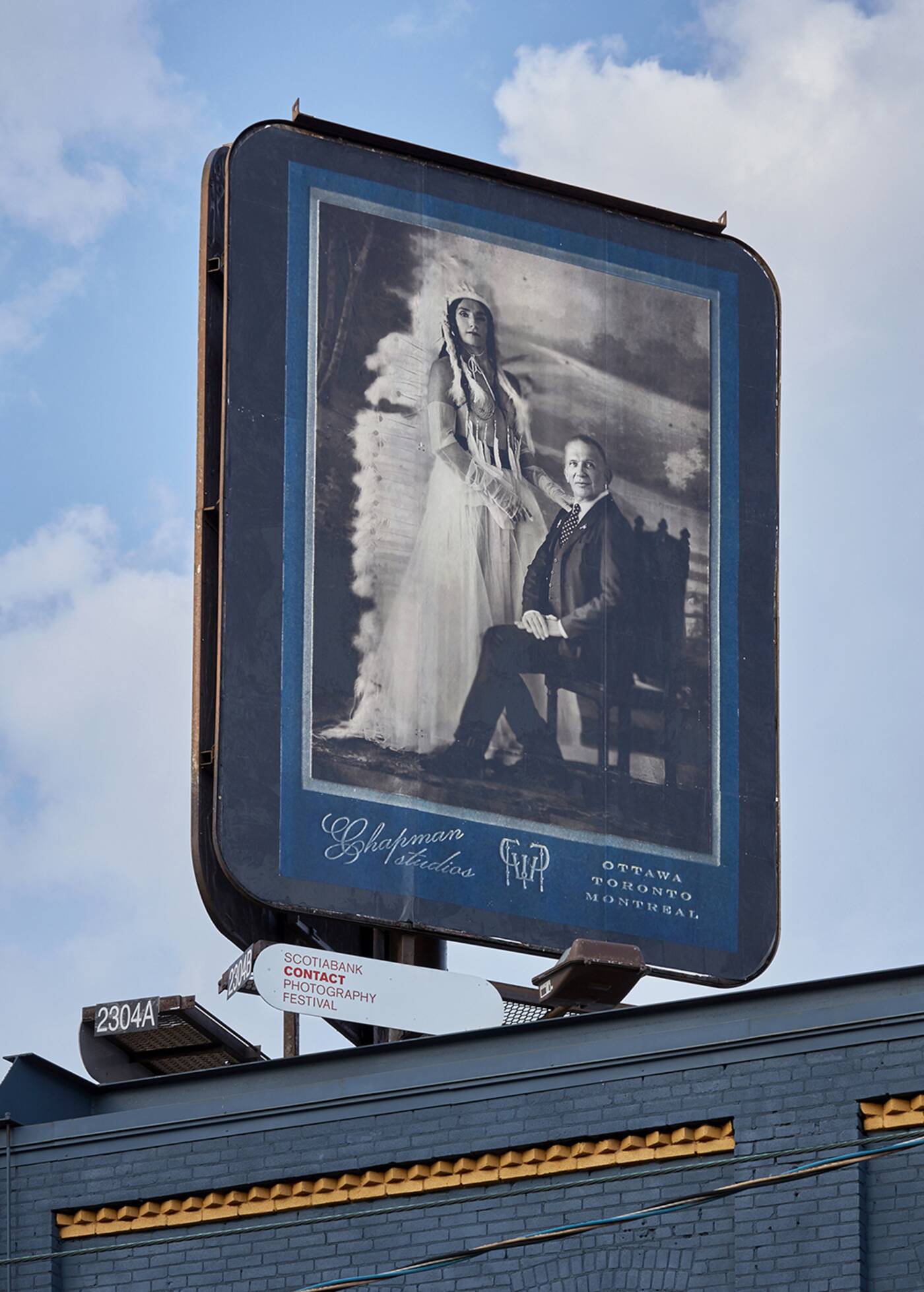 It portrays an "artistic union and aesthetic alliance founded on mutual respect and cultural understanding" in the style of a 19th century keepsake cabinet card.

You can see it at Dundas Street West and Glenlake Ave. 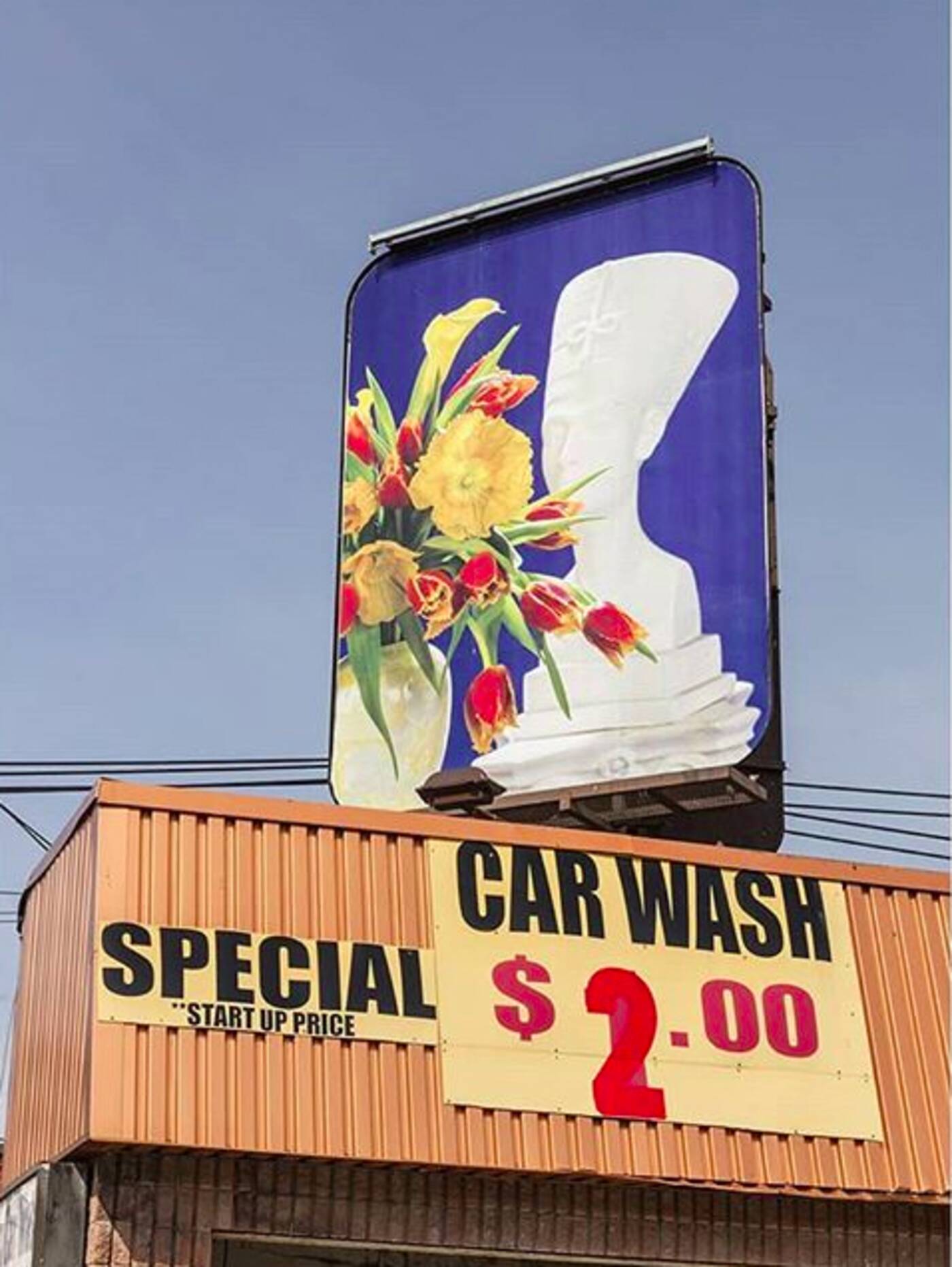 Awol Erizku's compositions punctuate sculptural pieces with arrangements of flowers that recall a style of painting popular in 17th-century Europe. Photo via CONTACT.

Last but not least is Say Less, which comes to us from the mind of Ethipoian-American multimedia artist Awol Erizku (he took that record-breaking pregnancy portrait of Beyoncé in 2017).

Erizku's work focuses on black invisibility and the artist's own observation of whitewashing in classical Western art, according to CONTACT's exhibit description.

"Reclaiming artifacts and iconographies to critique the museum and speak about Black cultural history and identity," it reads, "he bridges the gap between 'high art' and 'the street' to question connotations of race and class."

You can find Erizku's billboards on Lansdowne Avenue at both Dundas Street West and College Street, as well in eight other cities across Canada.

All three sets of the billboards featured in the CONTACT exhibition will be available for public viewing any time until June 3.