Giant head sculpture has disappeared from the Gardiner Museum

Toronto's most-accessible giant head is missing from its longtime perch along the sidewalk of Queen's Park, if you haven't noticed, leaving nothing but space where there should be a face.

Jun Kaneko's six-foot-tall head sculpture, made of galvanized steel and glazed ceramic, has sat in front of Toronto's Gardiner Museum since its unveiling in 2013.

With its zebra stripes and peaceful expression, it's a piece that's as easy to love as it is hard to miss.

SO WHY IS IT GONE?

Rachel Weiner, Senior Manager of Marketing at Gardiner Museum, says that the head was removed a couple of weeks ago "in preparation for construction on the plaza."

The Museum is replacing its front steps, creating a new accessibility ramp and extending the garden, making it necessary for the head to step aside temporarily. 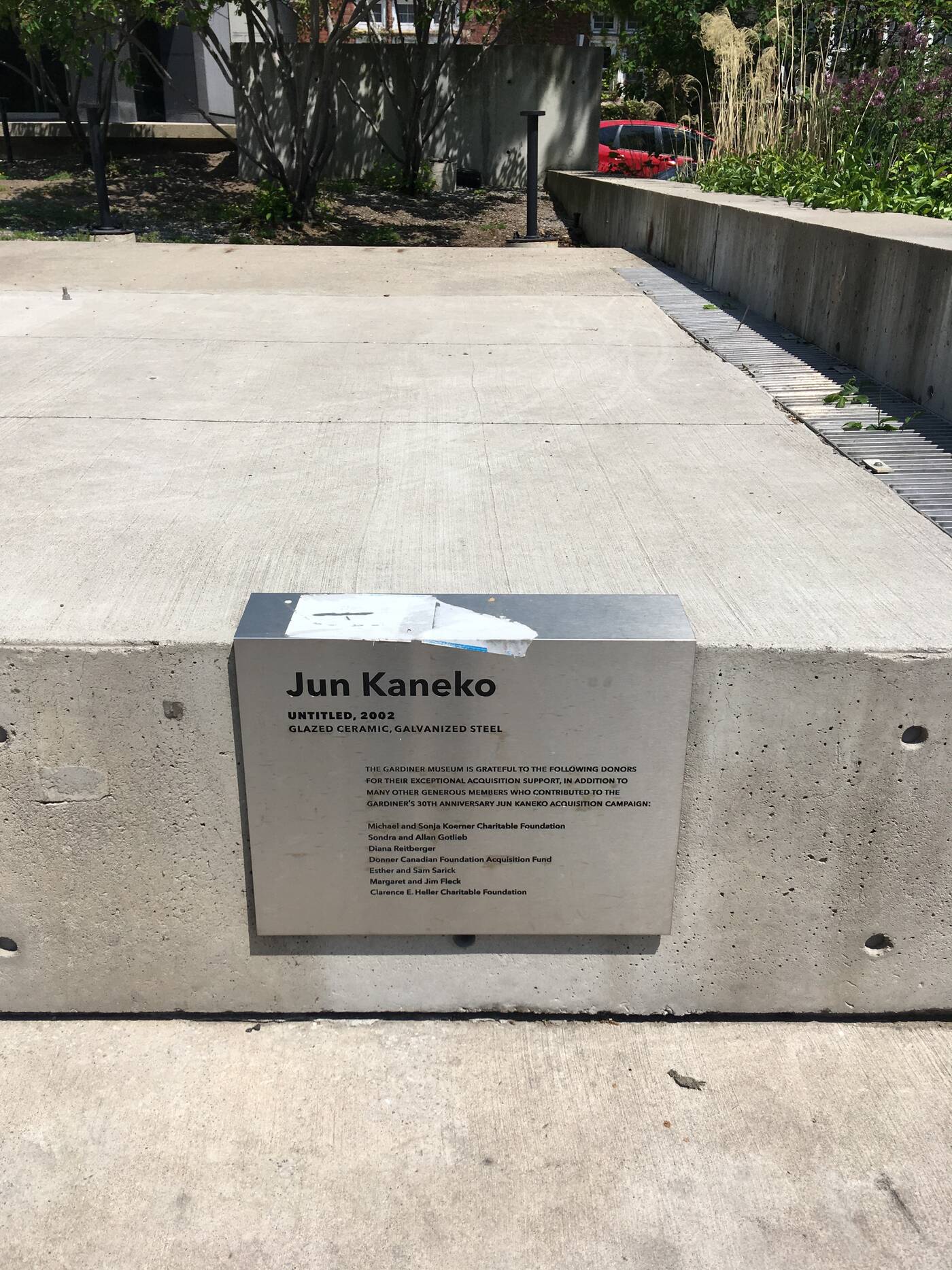 Japanese-American ceramic artist Jun Kaneko unveiled his untitled giant head outside the Gardiner Museum in 2013, though the work was initially completed in 2002.

"The head will be back once construction is complete sometime between mid to late July," says Weiner. "Don't worry."

This time, however, it'll return with a friend.

Weiner says that the museum will be installing a new public sculpture by Shary Boyle on the other side of Kaneko's work when it's replaced.

Here's to hoping it's a life-sized version of this.