For this weekend only, there's a unique theatrical experience happening at The Great Hall that's not to be missed. 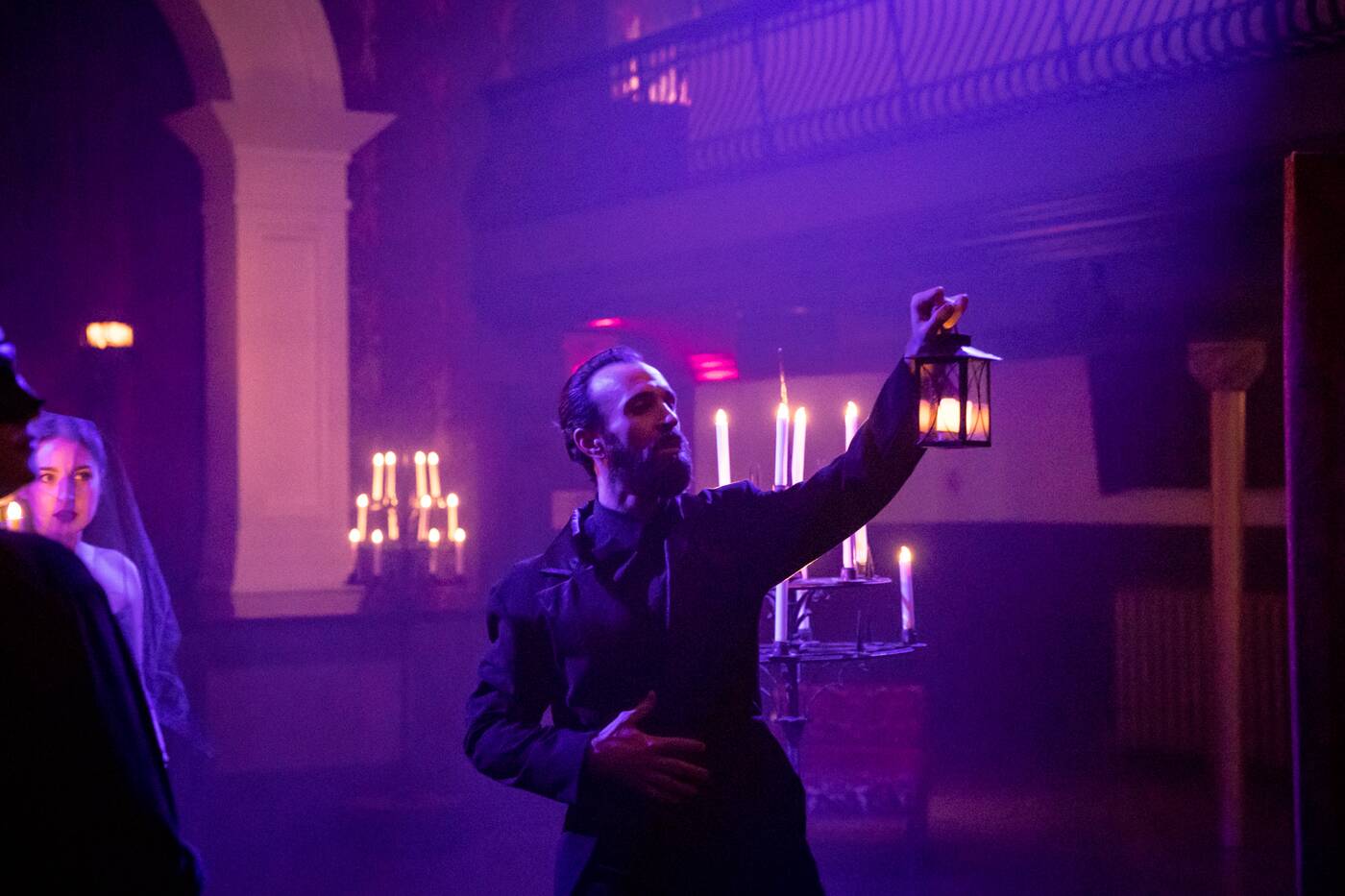 Transcendance Project, a Toronto-based contemporary dance company, is putting on five performances of Eve of St. George, an immersive and at times interactive production that’s an adaptation of Bram Stoker’s Dracula. 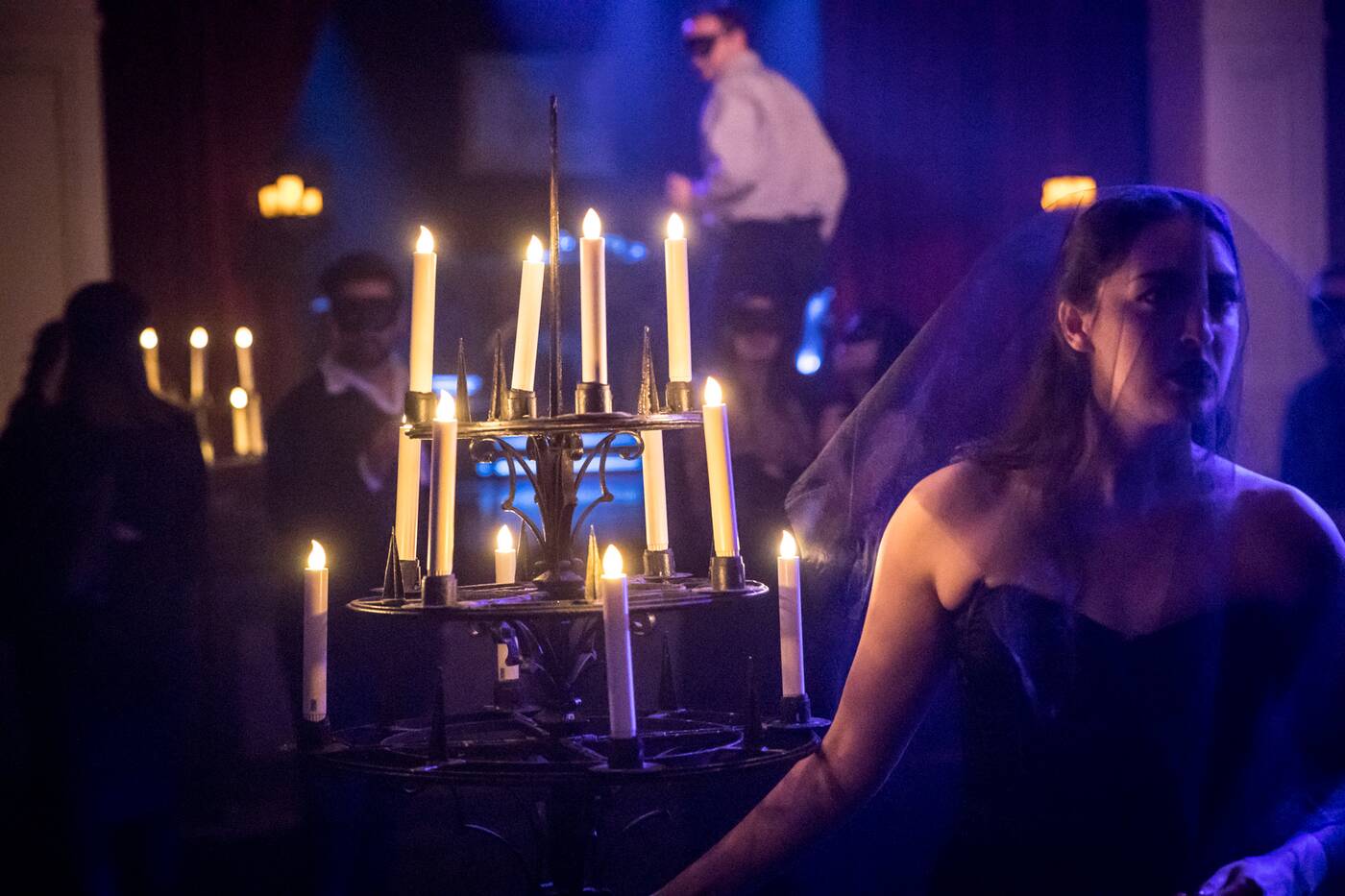 What makes it so special? Unlike a typical night at the theatre, the audience at this event doesn’t just sit passively in seats.

Instead, it’s more of a choose-your-own-adventure experience, where you get to roam four levels of the building and are encouraged to explore the various rooms and spaces as the performance takes place all around. 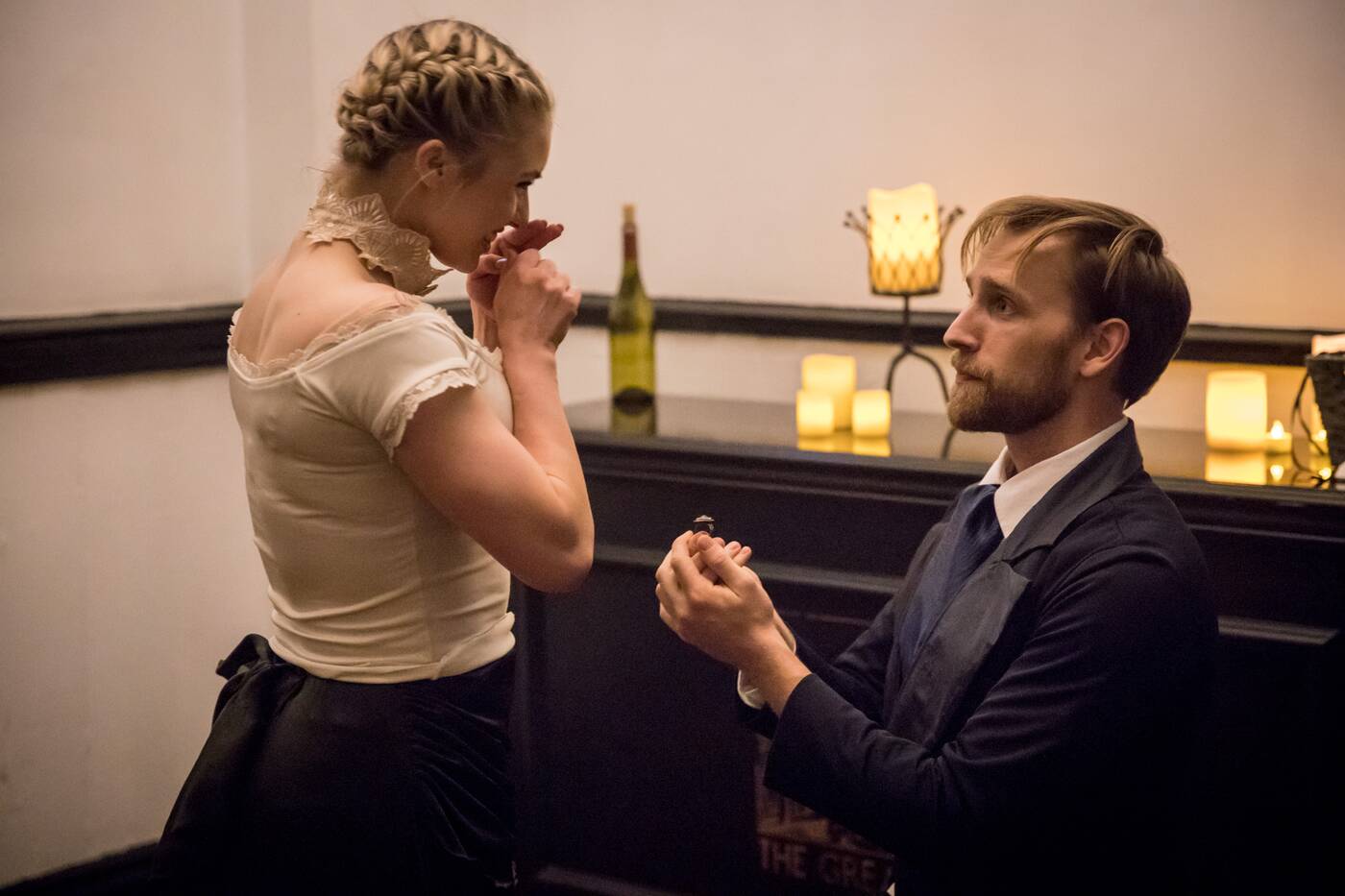 If you’ve heard of Punchdrunk’s Sleep No More, which currently has productions running in Manhattan and Shanghai, then this kind of premise should sound familiar – this show was inspired by that smash hit. 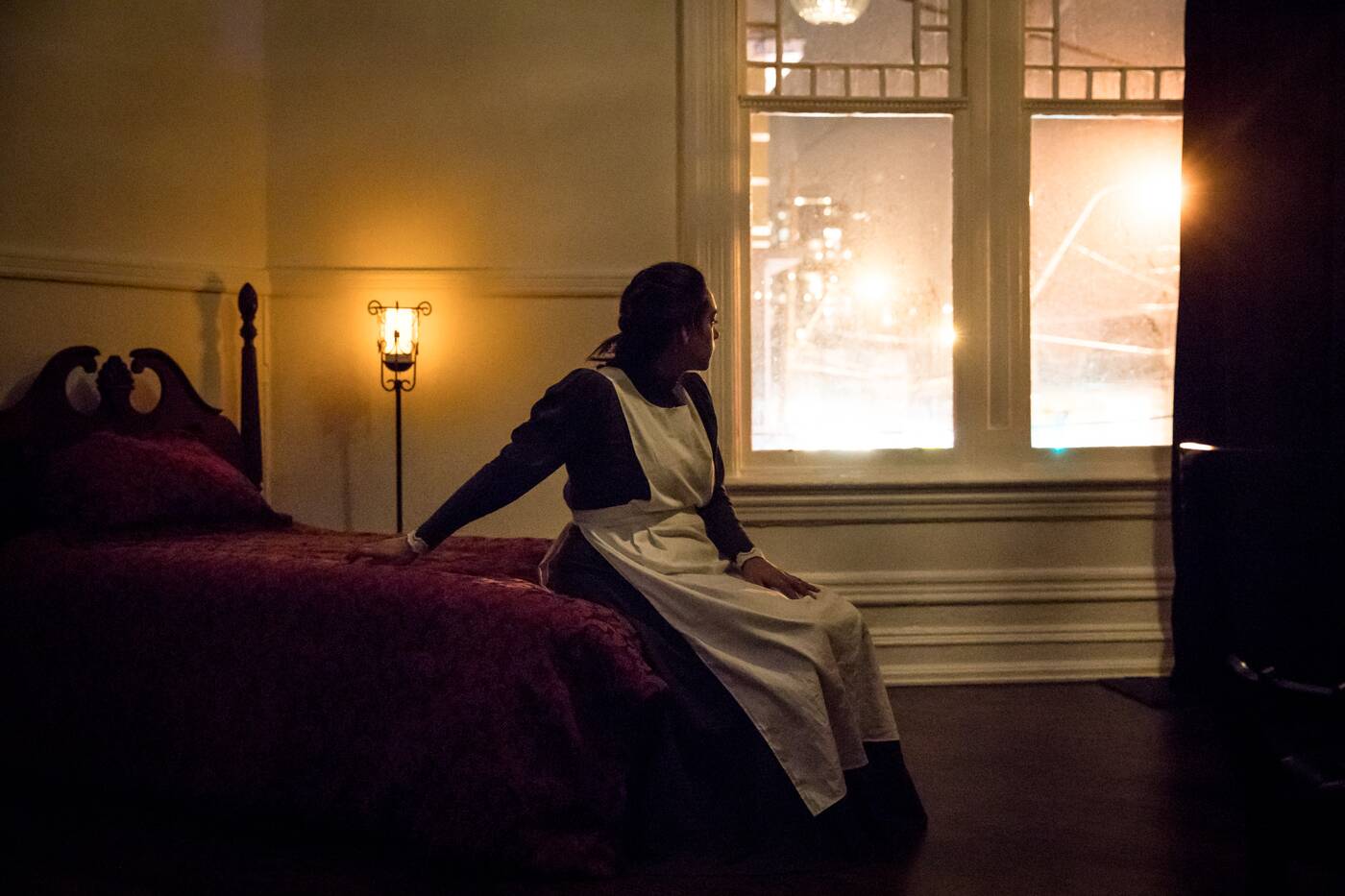 My friend and I had both experienced Sleep No More in NYC and were blown away by it, so we were understandably excited by the prospect of having something similar in Toronto. 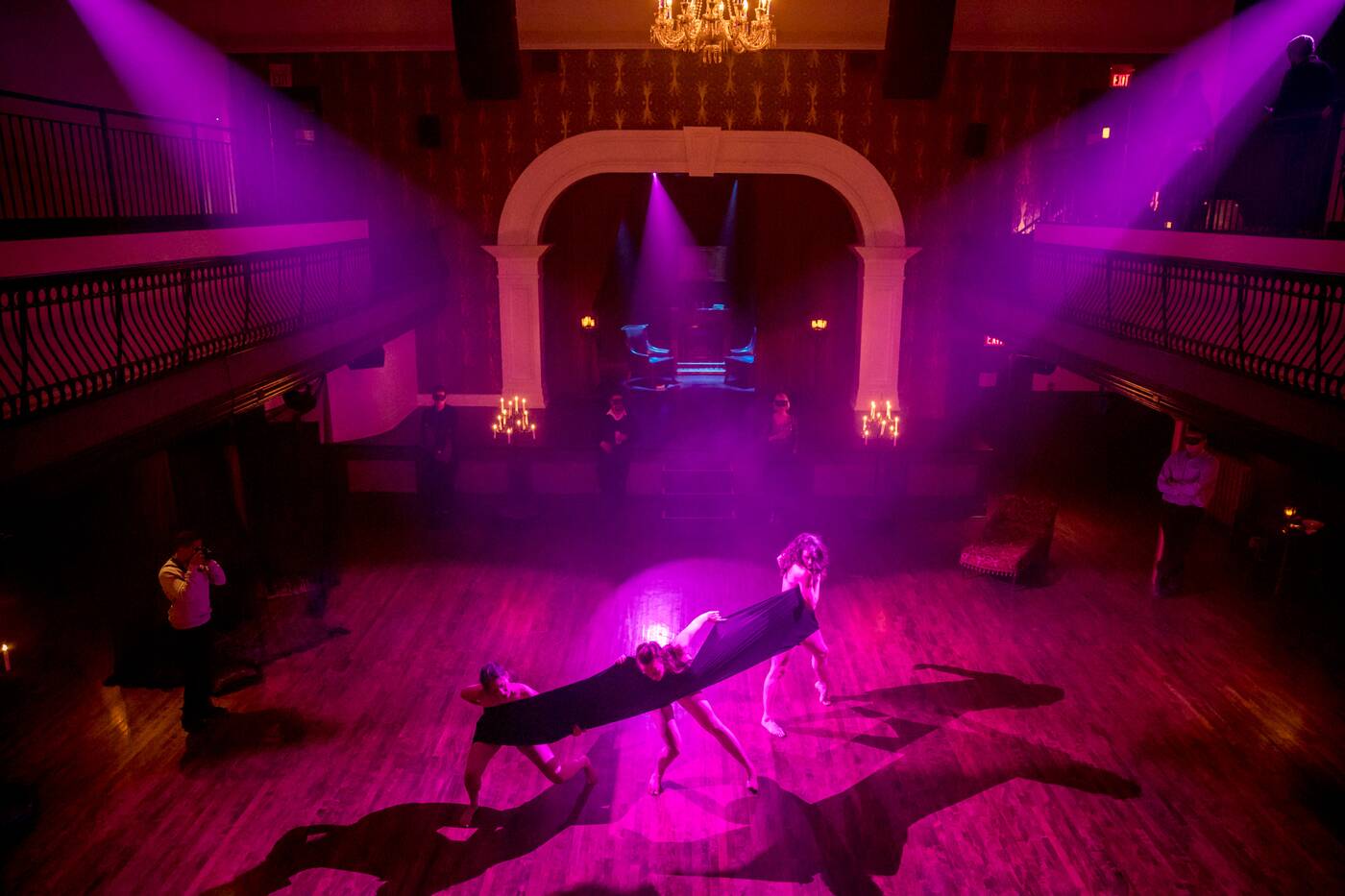 The historic Great Hall is an apt venue for a production like this, as it’s not such a stretch to transform it into an eerie, gothic Victorian setting for the story. 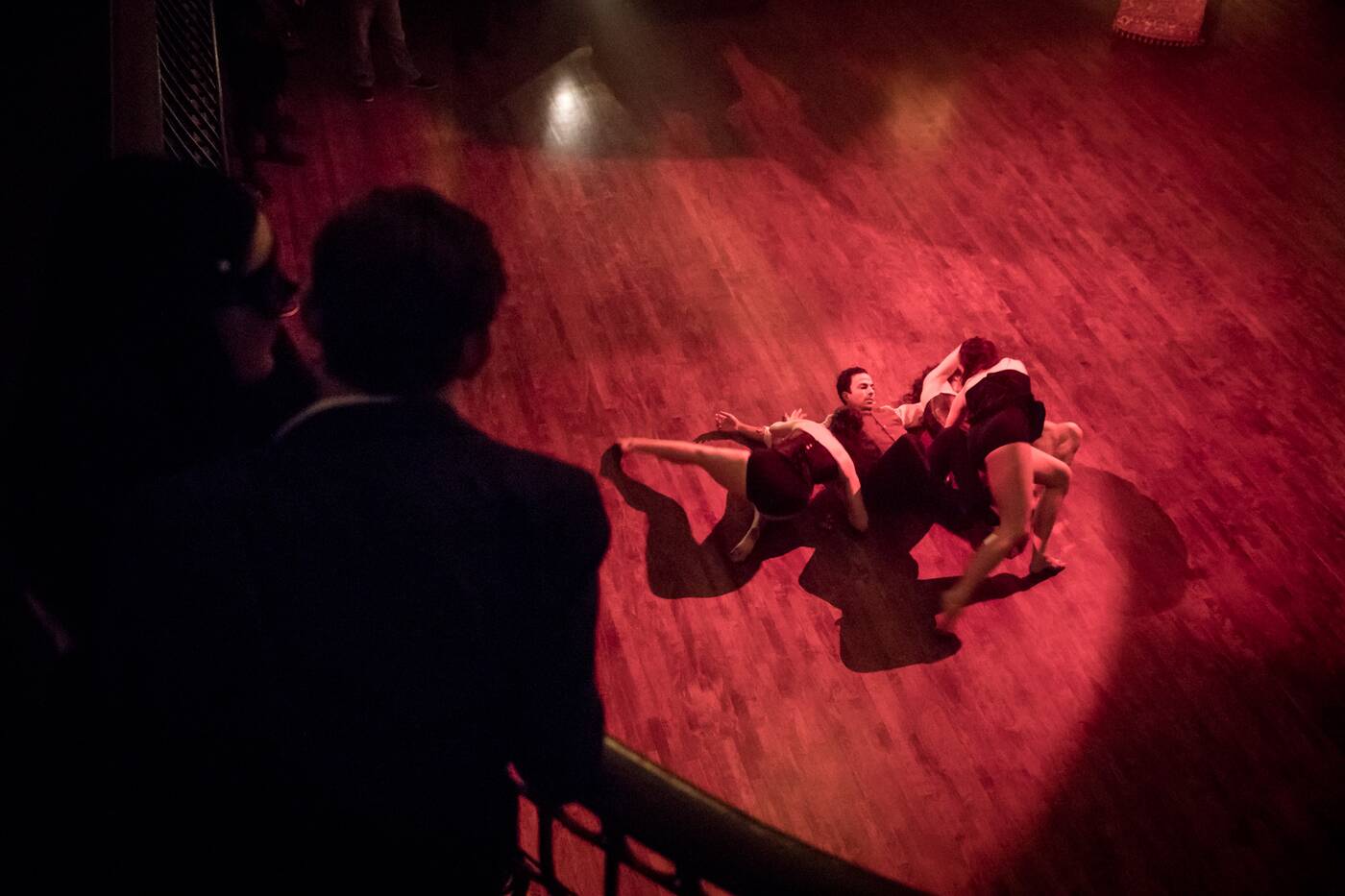 Upon arriving, we’re handed black masquerade masks to wear and small paper invitations sealed with wax. We check our coats and have a drink at the bar in the main hall as we wait for the night to begin. 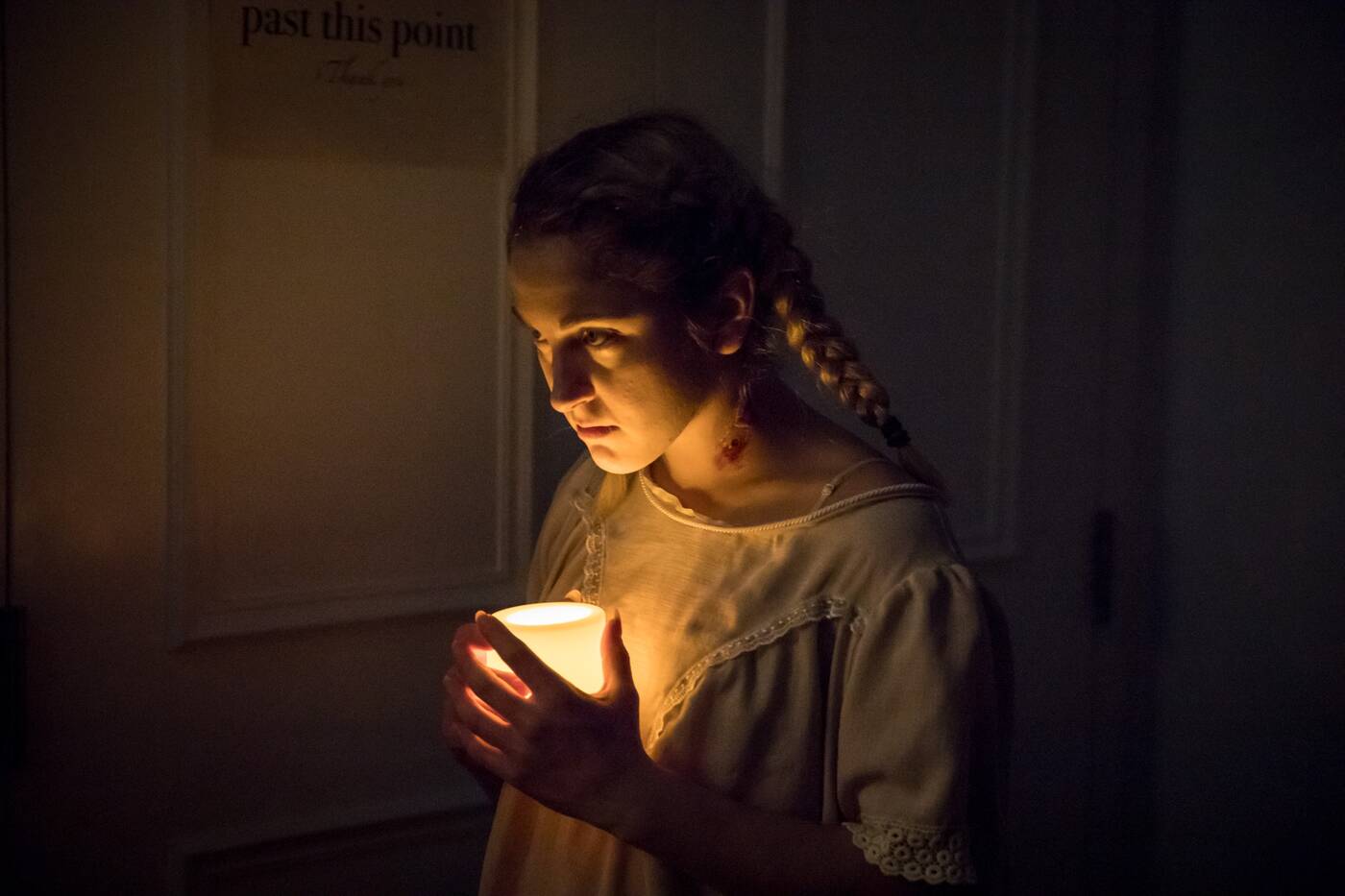 A helpful tip to those who wear glasses: don’t, if you can help it. Audience members must wear their masks during the performance (to help distinguish between performer and non-performer, but also to allow the audience to feel more anonymous and emboldened to wander around), and trying to fit glasses over the mask isn’t really ideal. 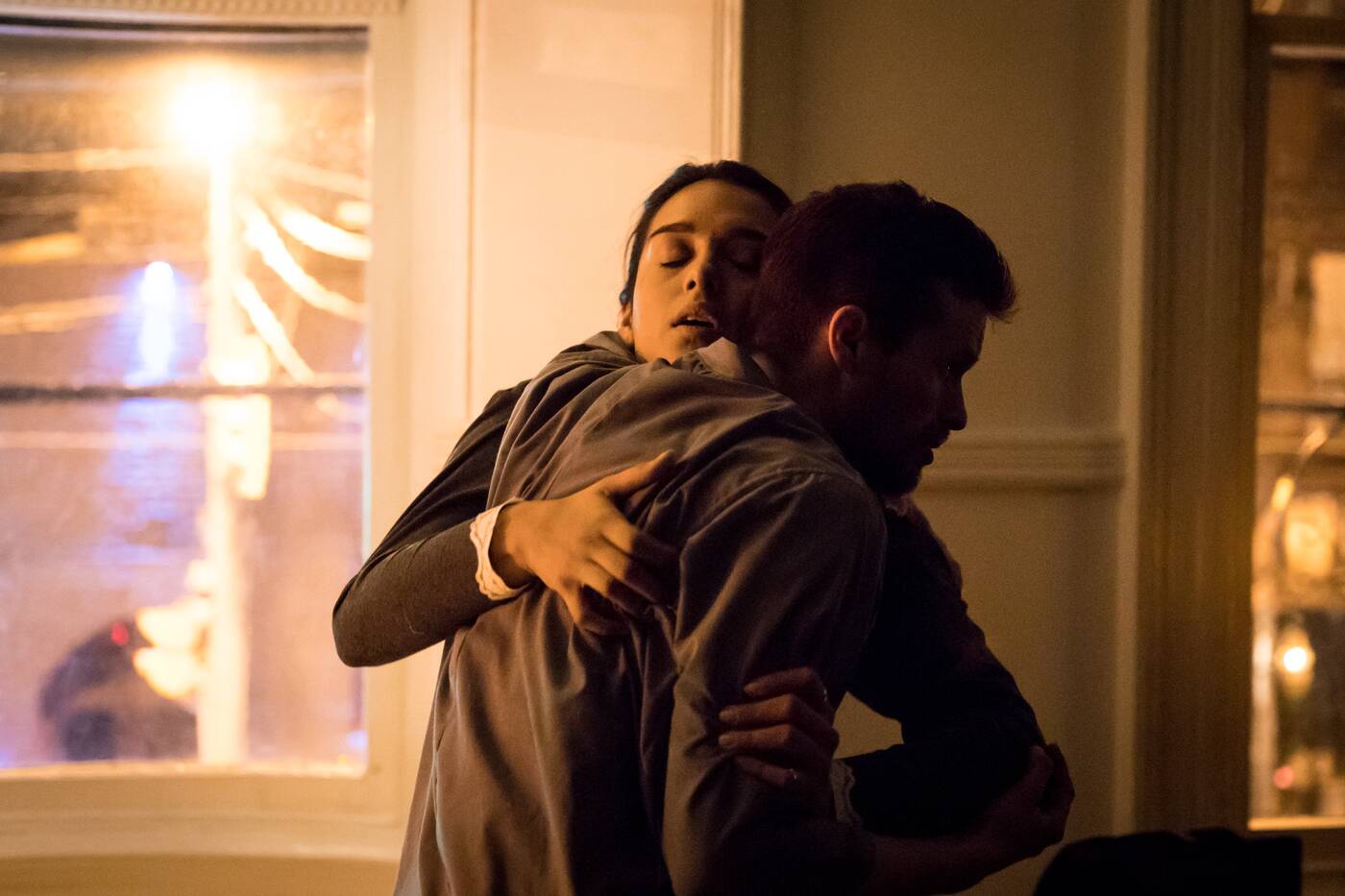 I don’t want to spoil the rest of the experience so I won’t go into too much detail, but at the start, a master of ceremonies will explain – in character – how the night will proceed, and then depending on what your sealed invitation says, you’ll begin your adventure either in the main hall or in the basement. 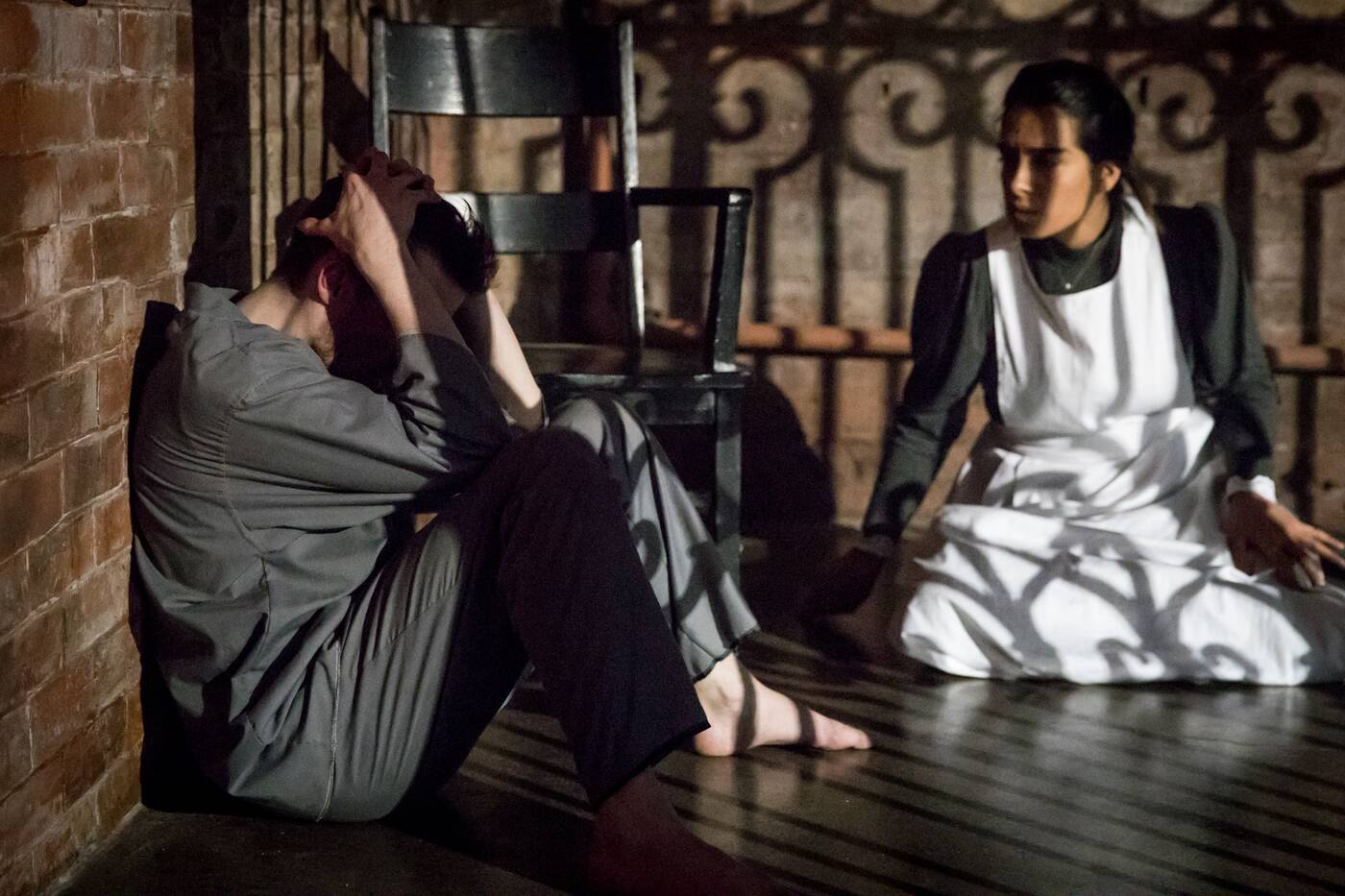 From there, you can choose to go wherever you want; whether you decide to follow a character as they move throughout the building or stay in one place for a while to see what happens there is up to you.

Occasionally, a masked staff member will encourage you to go in the direction they indicate – or they’ll gesture for you to keep the path clear because a performer’s coming through. 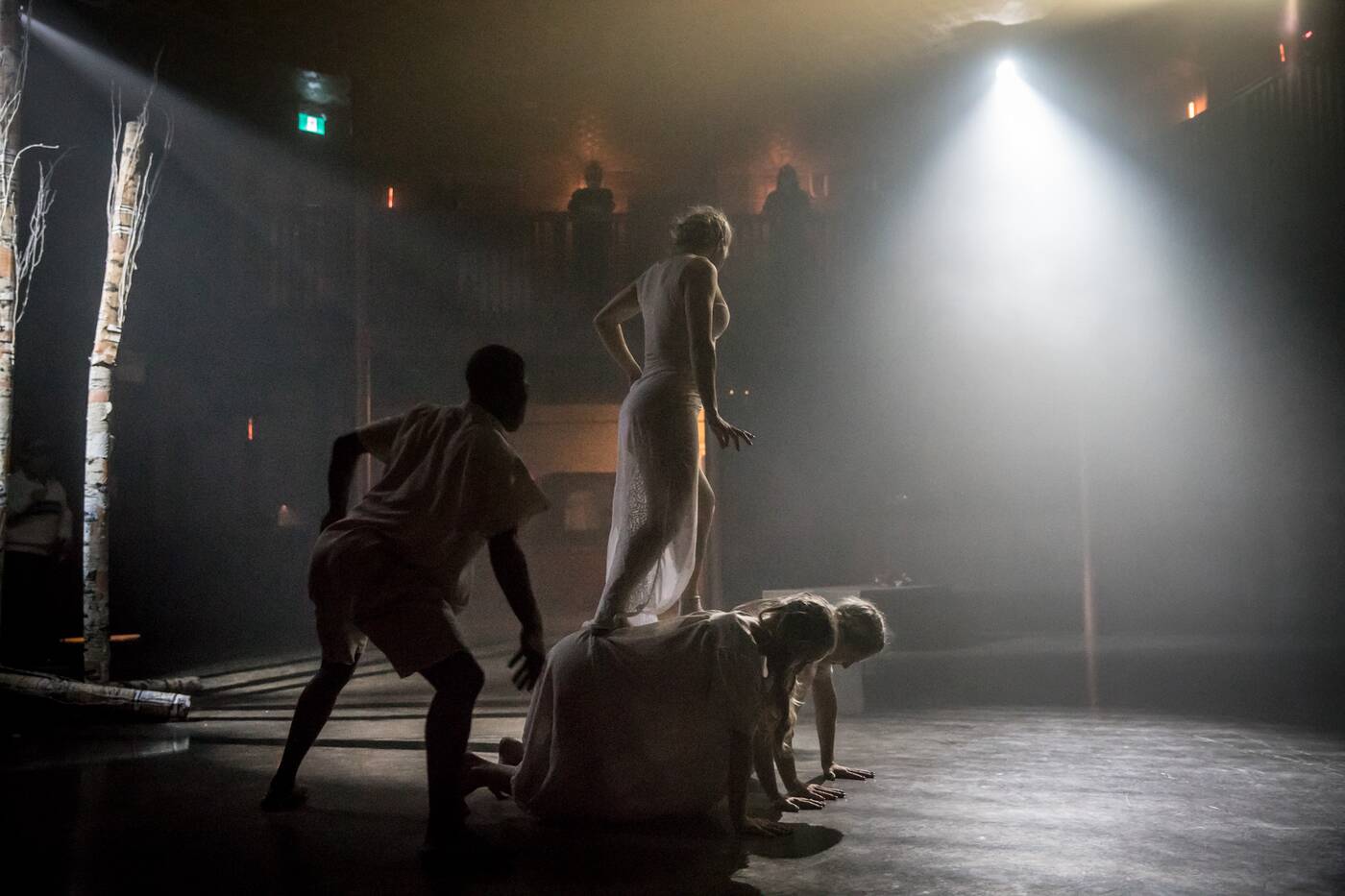 If you’re lucky, a performer might even approach you and interact with you in character. It can be jarring when someone like Dracula (chillingly played by Matt Alfano) grabs you and begins to speak directly to you, or scarier yet, invites you to dance with him, but it’s thrilling as well. 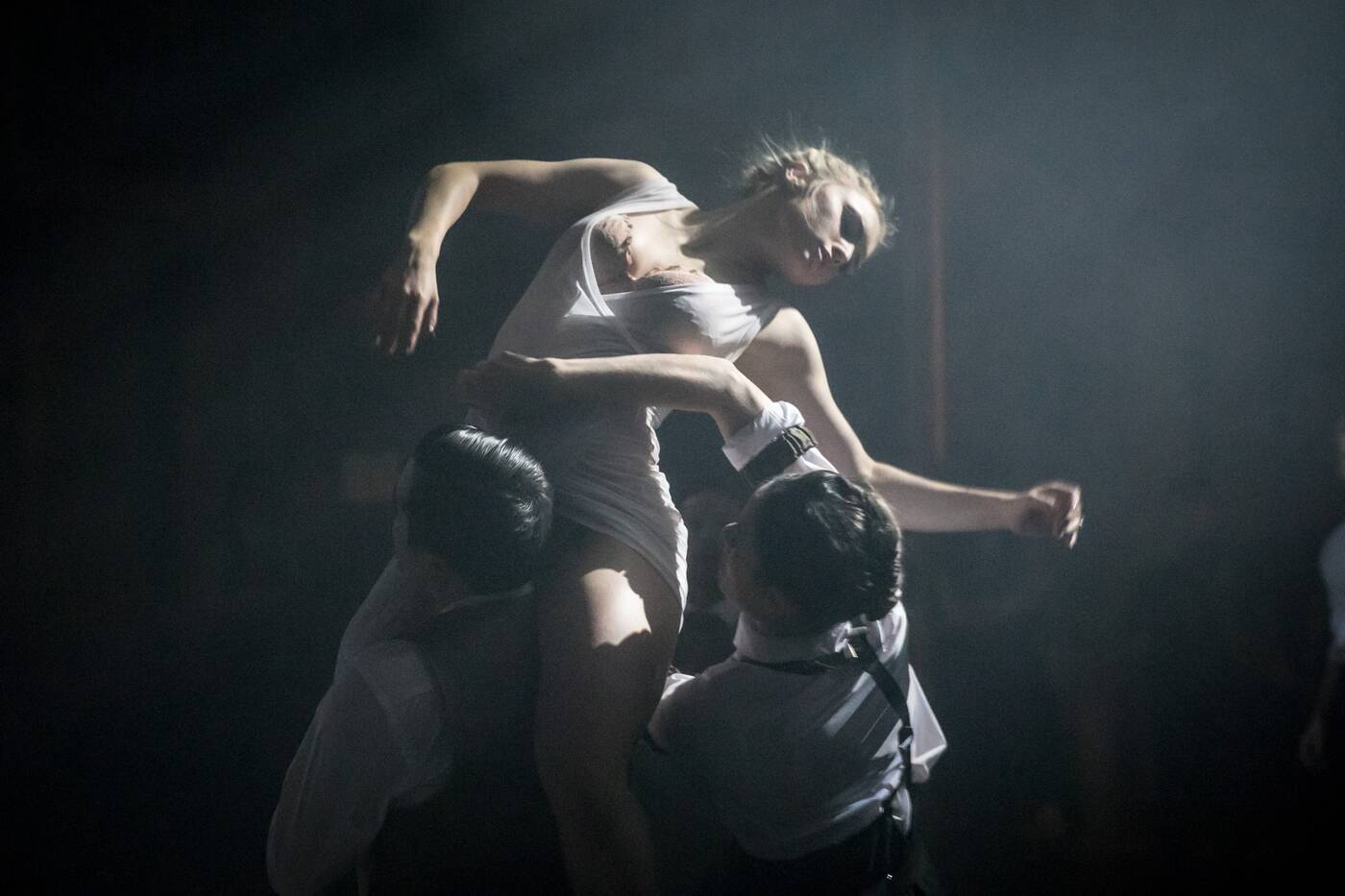 This production was directed and choreographed by Julia Cratchley (plus fight choreography by Colleen Snell) with music composed by Owen Belton, and the cast of 16 dancers (including Marc Cardarelli, a Sleep No More cast member who plays Jonathan Harker in this show) manages to pull off some impressive choreography, making great use of the space. 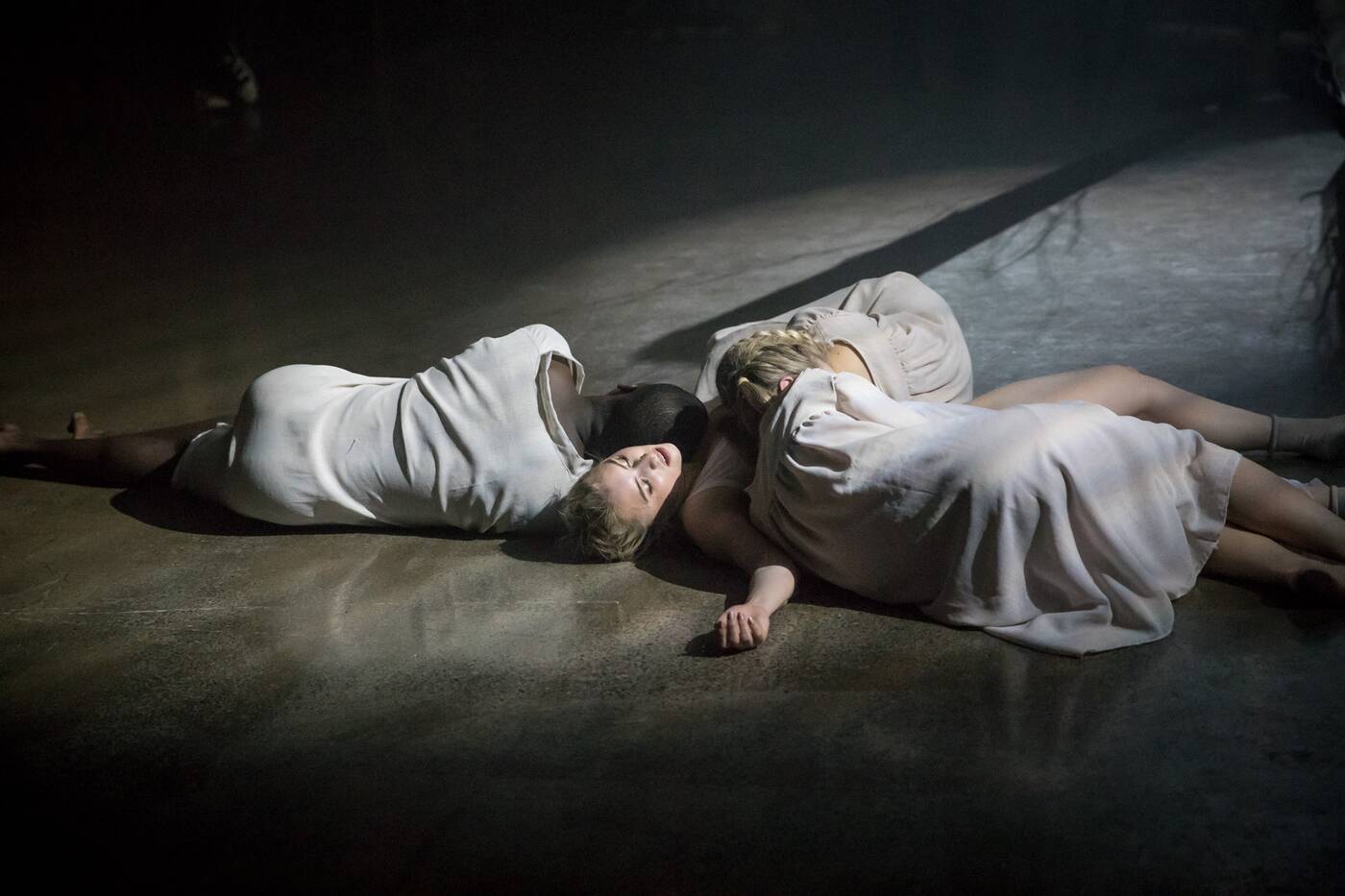 The sparse set design by Jennifer Goodman and Kyle Purves is enough to set each scene, and some detailed props, like letters and journal entries on the desks in the bedrooms, are meant to encourage nosiness.

You can totally read them – a staff member will stop you if you're doing something you're not supposed to do, so feel free to browse. 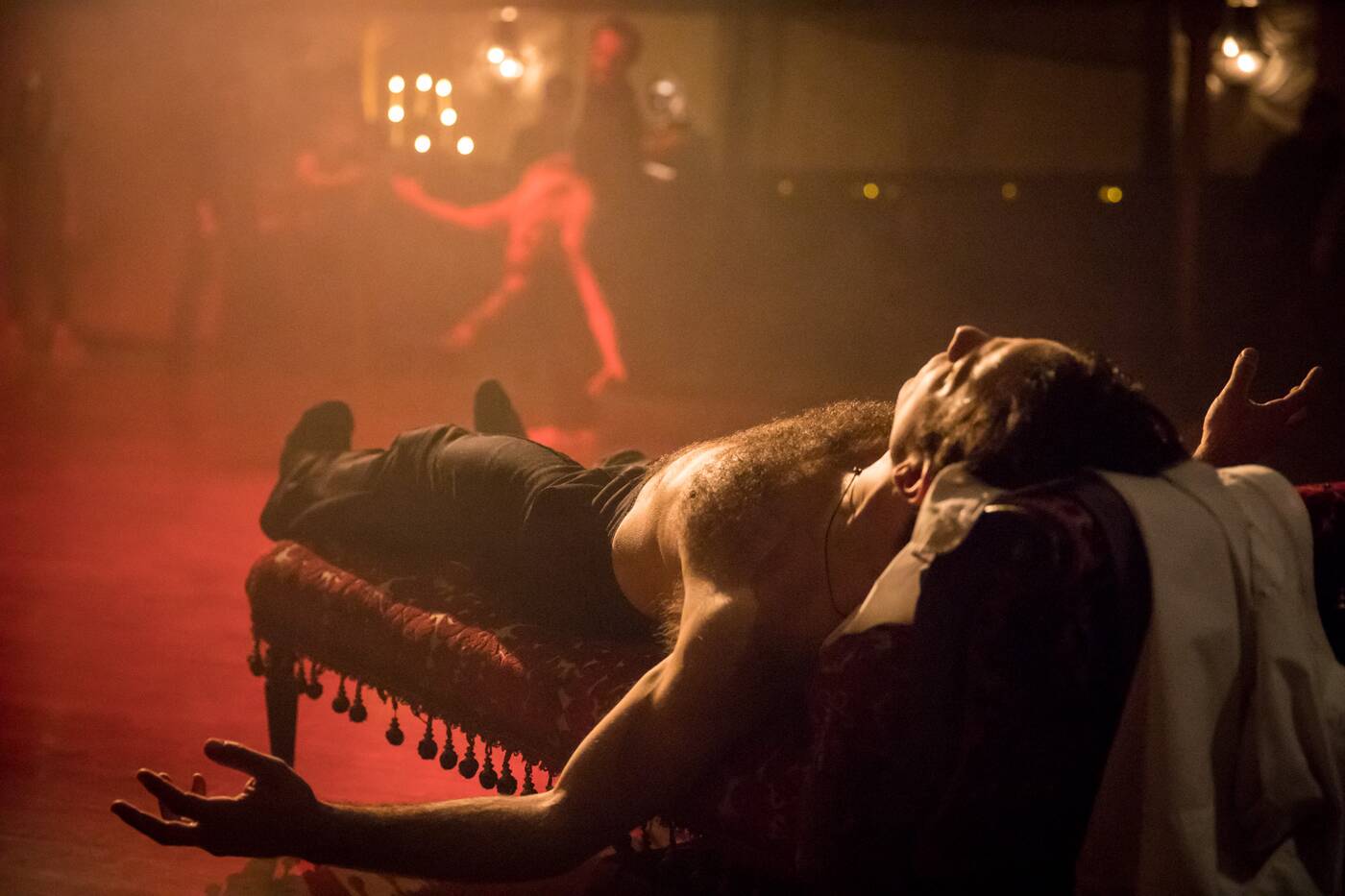 At first, everything is a little disorienting, but it doesn’t take long to figure out what’s happening, and who’s who (particularly if you know the Dracula story). 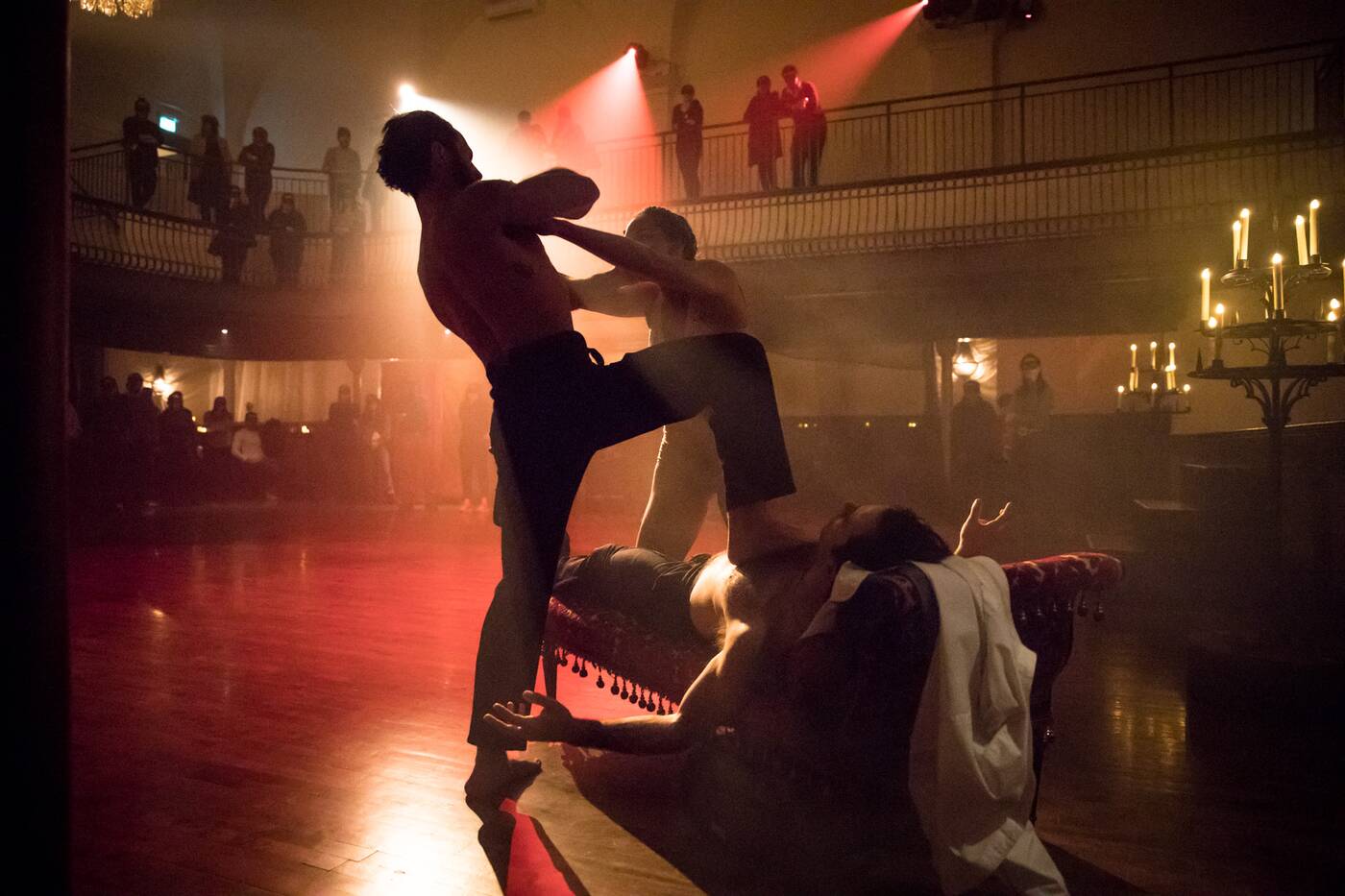 Some more advice: the show runs for about two hours and the dancers cycle through the same story twice, so you can try to catch scenes or rooms you may have missed the first time around once you notice that you’ve seen a certain sequence already (about an hour into the show). 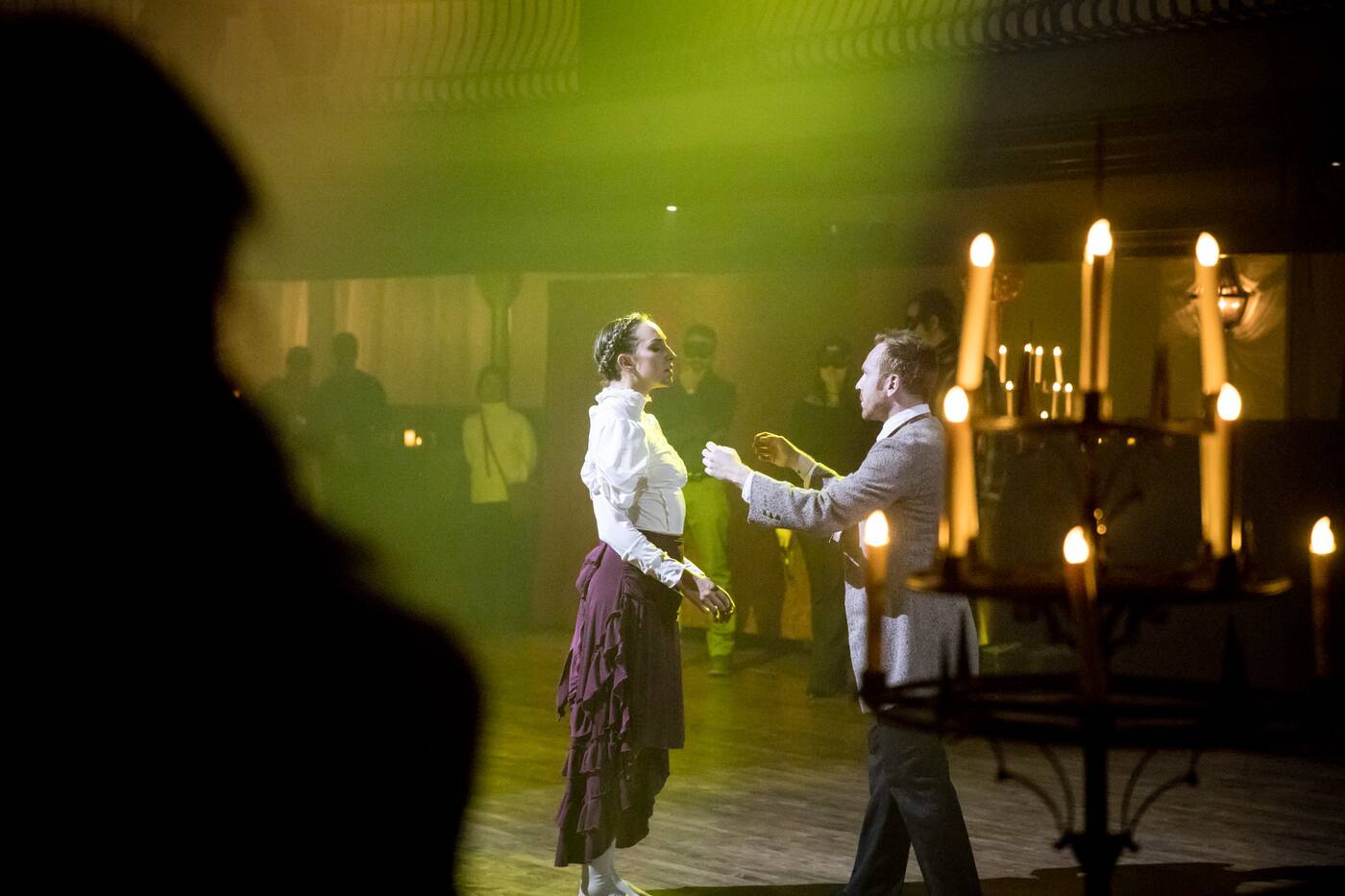 However, the (dramatic, slightly traumatizing) final scene in the main hall is different from the one in the first cycle, so make sure you catch that. 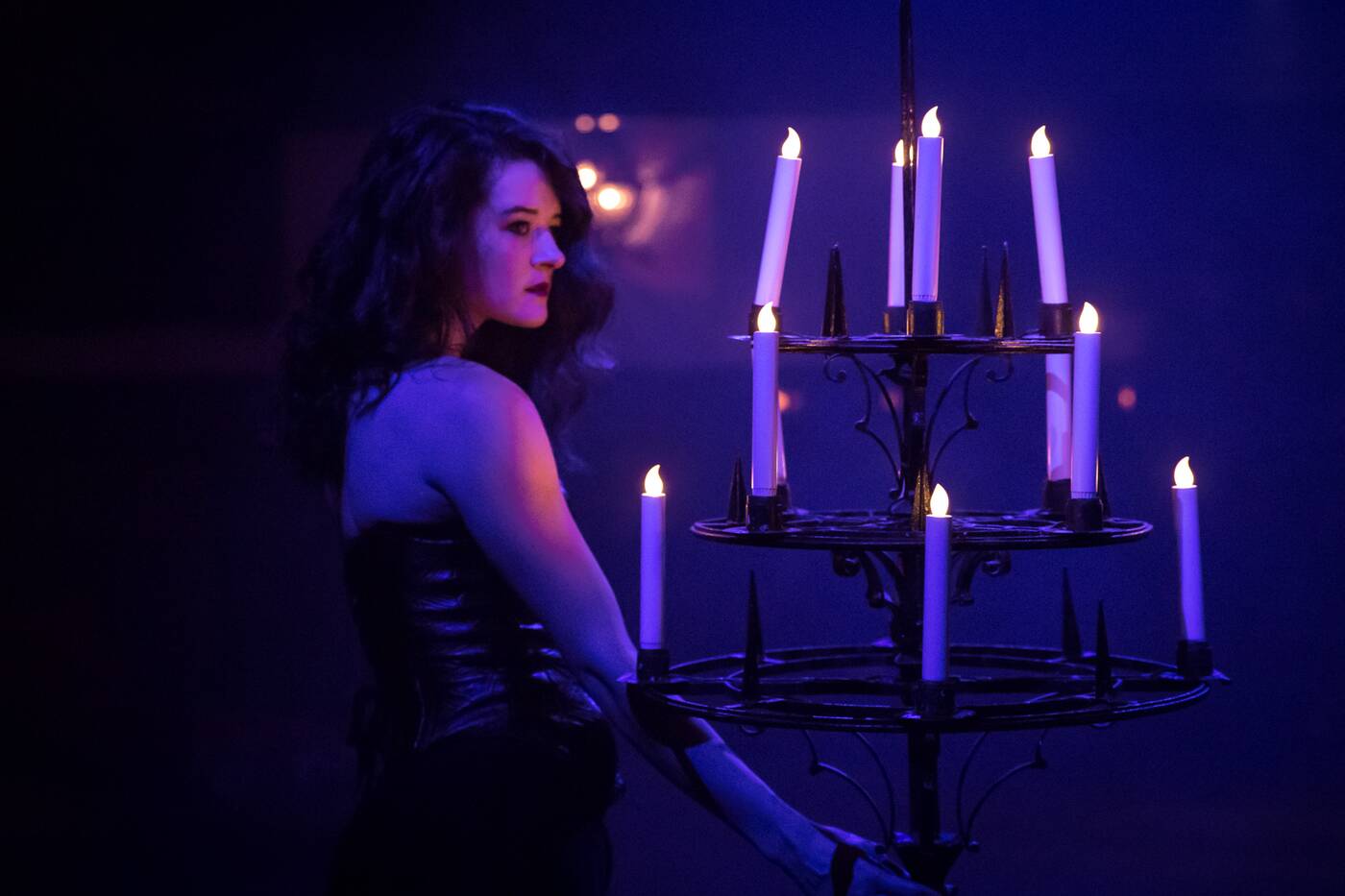 When it’s over, everybody has had a different experience, and you can share and compare what you saw and who you may have interacted with when everyone congregates at the bar at the end. 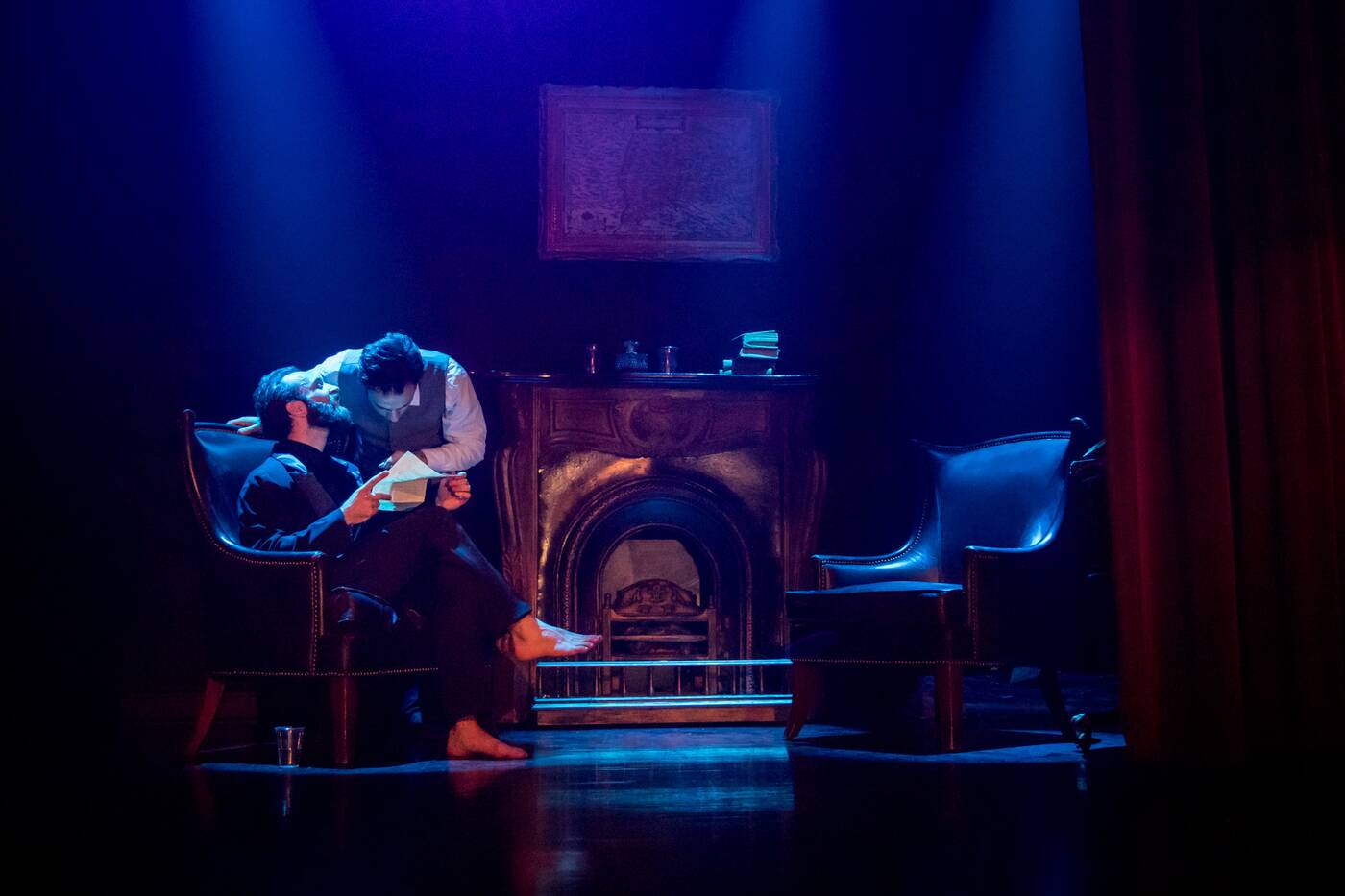 Of course, it’s a lot easier to catch almost everything in this production compared to Sleep No More’s – the budget of this show is only a small fraction of that gargantuan production’s. 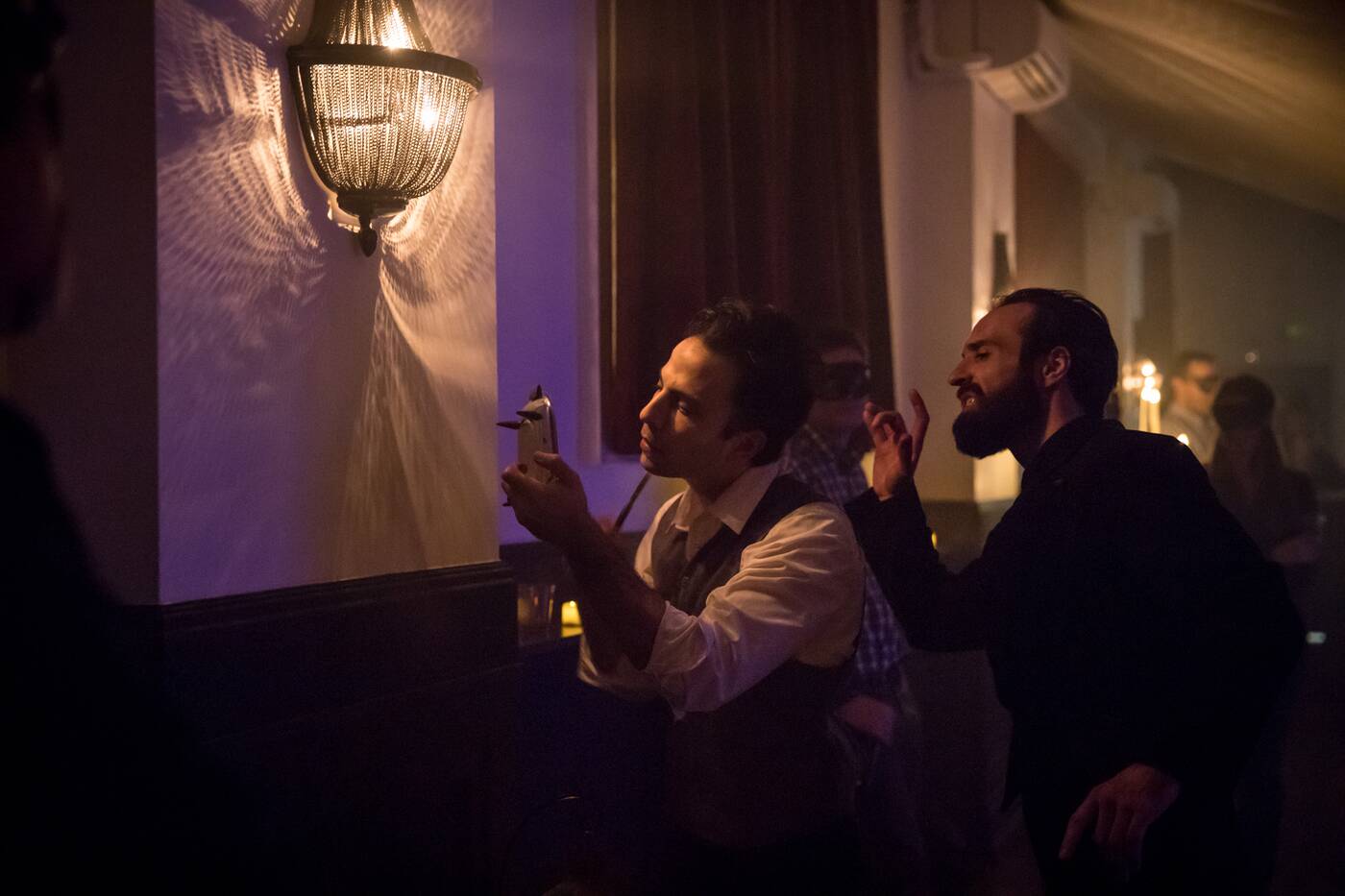 Although Eve of St. George is working on a much smaller scale in comparison, the quality of the choreography and performances is just as high, and makes for entertaining and engaging immersive theatre. 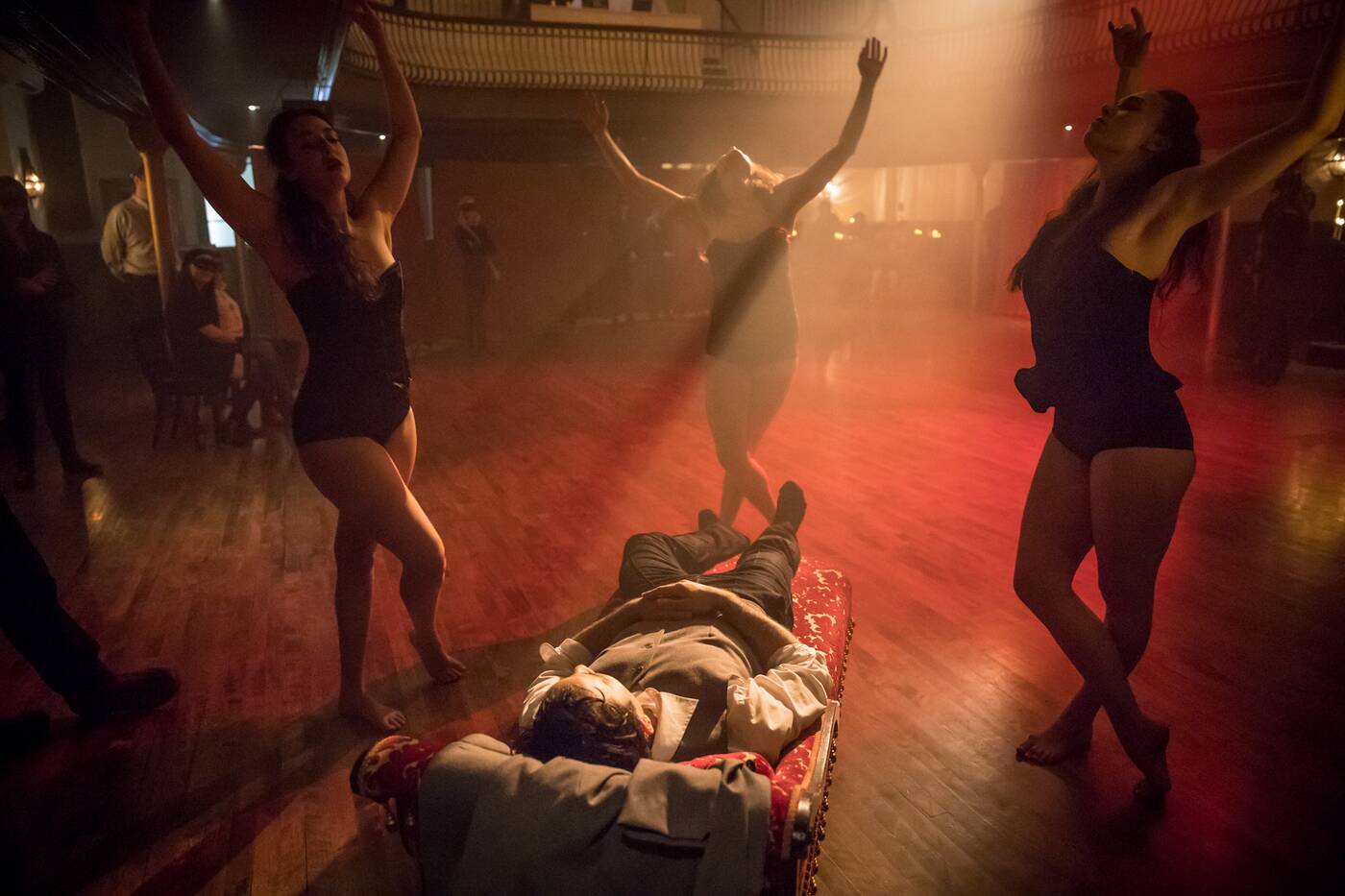 If you haven’t seen Sleep No More before experiencing this, you're in for a treat and your mind will be blown. 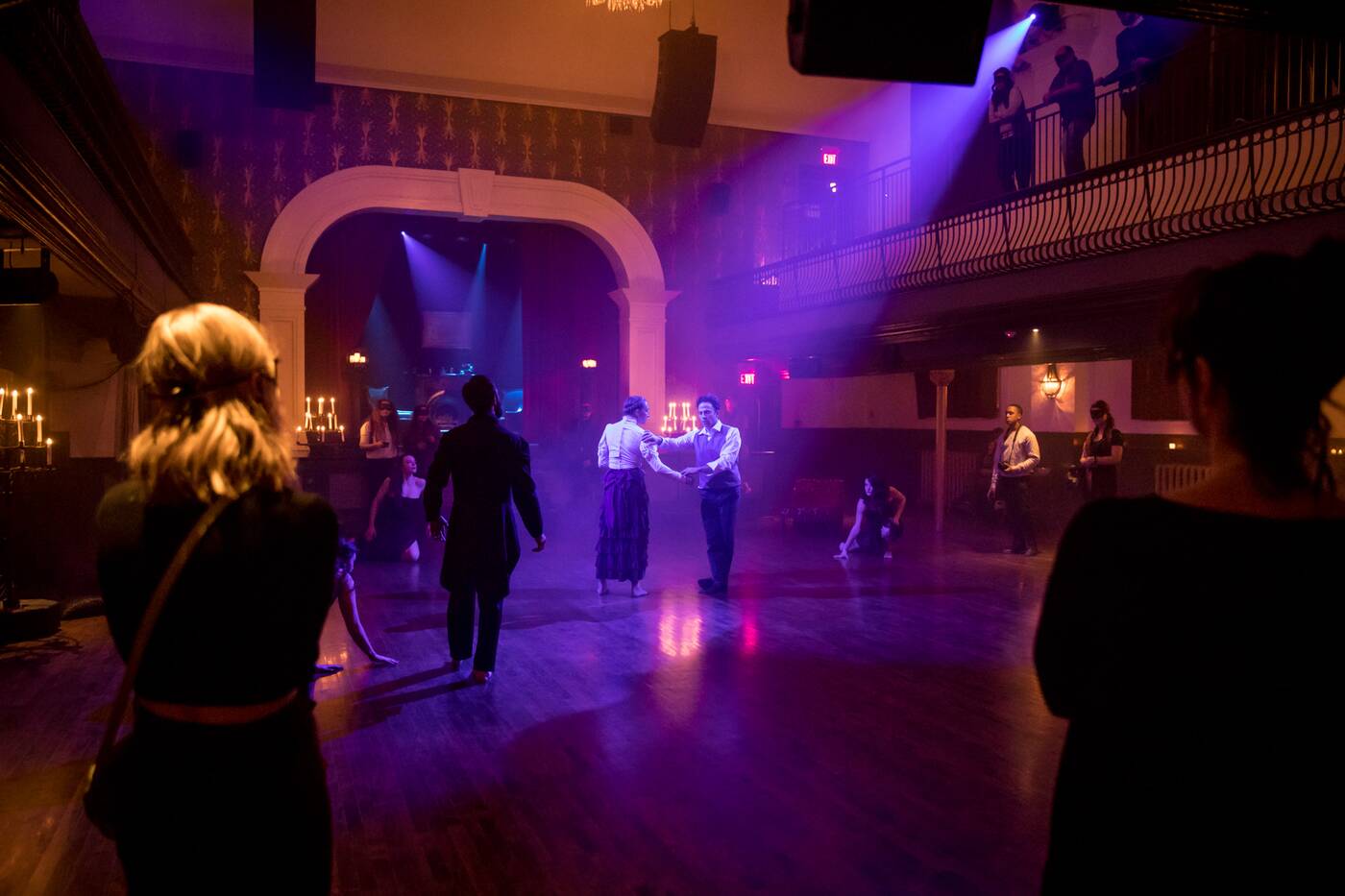 But even if you have, you'll still have a good time, as my friend and I did. It’s also a great idea for a date, if your date is into adventurous gothic dance theatre. It's a shame it's only around for such a short run (this is its second; there was an even shorter run here back in 2015). 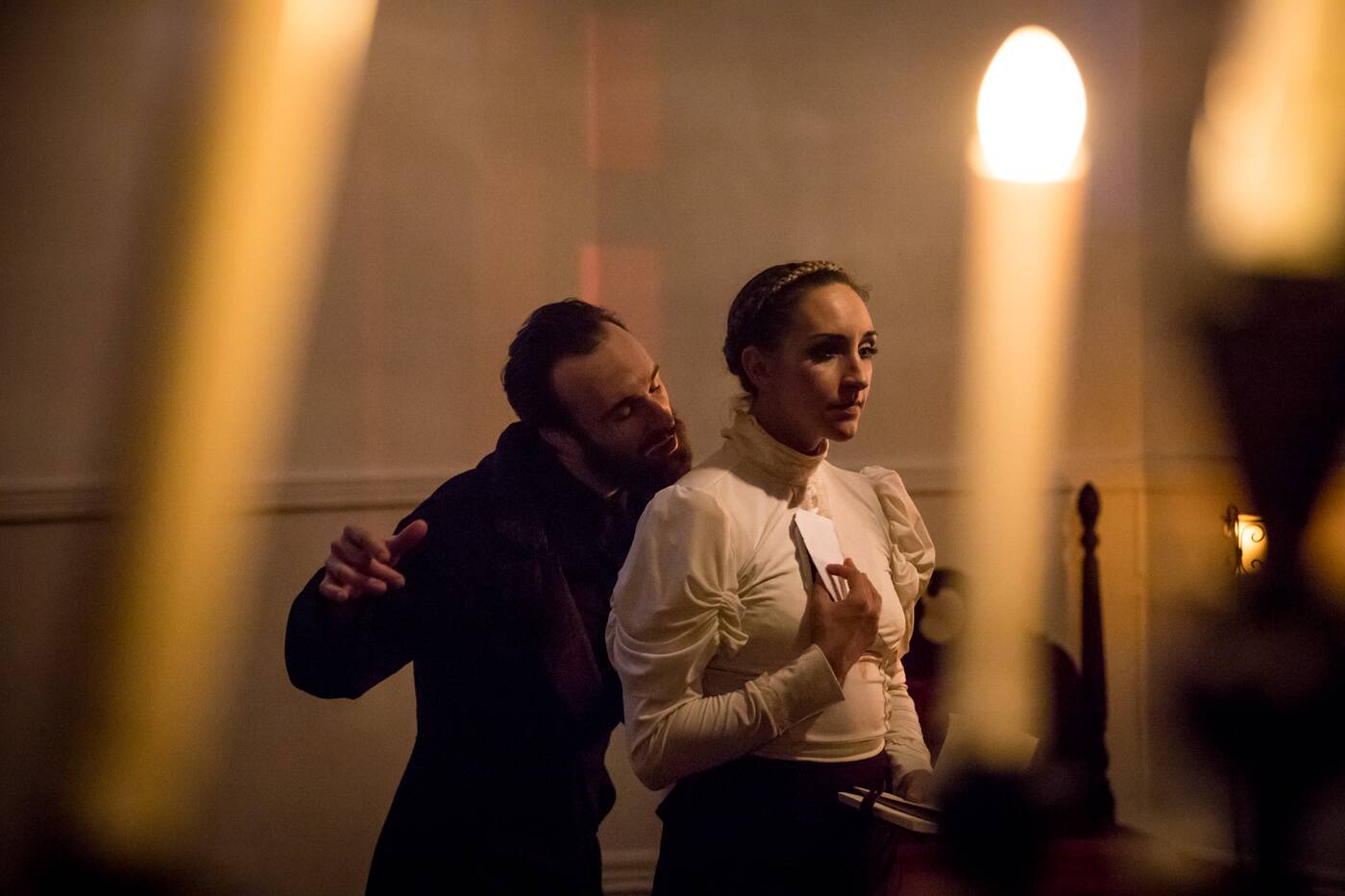 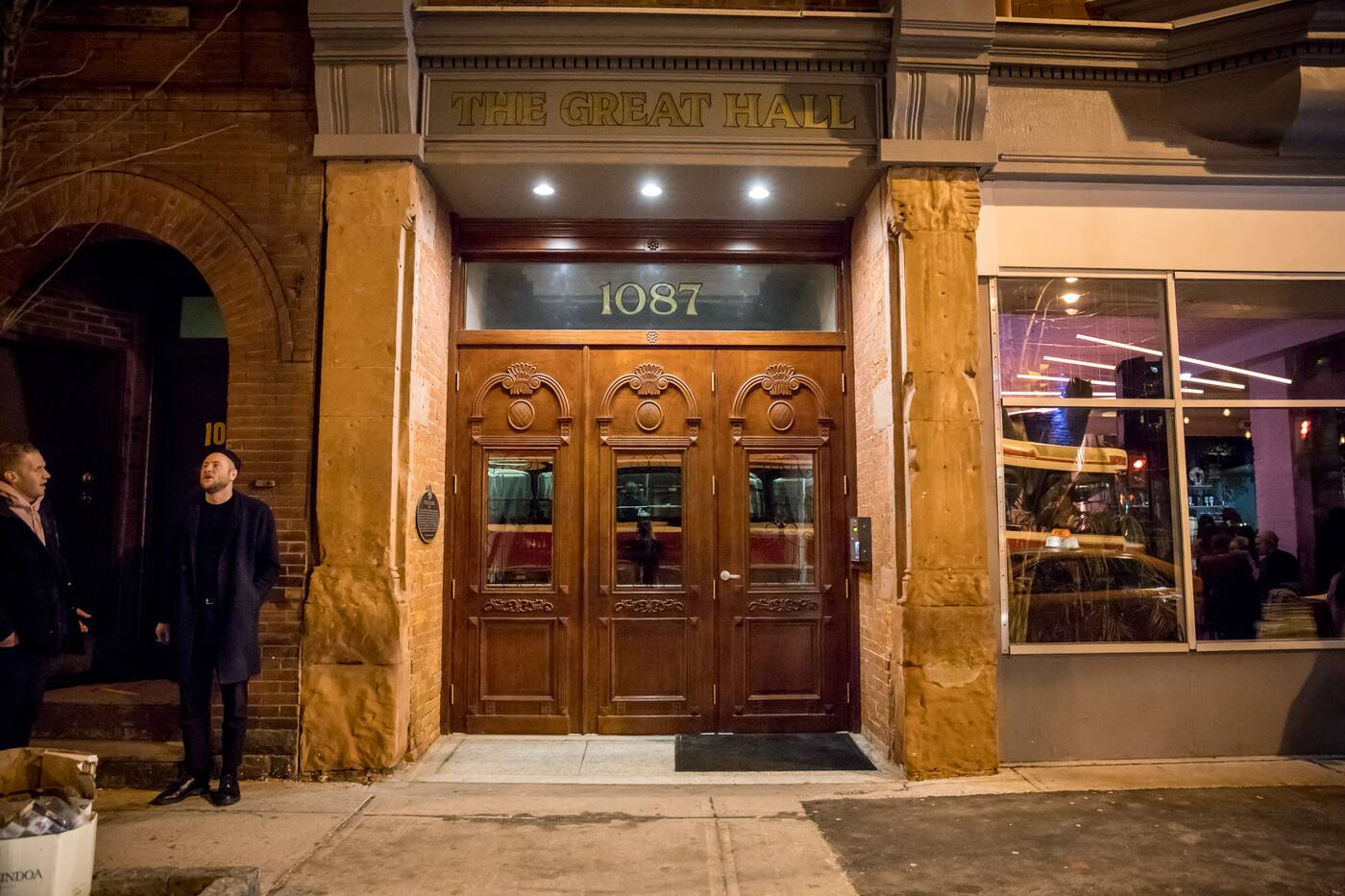