A series of abandoned industrial silos in downtown Toronto have now been fully transformed into beacons of art and community.

Check out the new and improved South Liberty Trail. 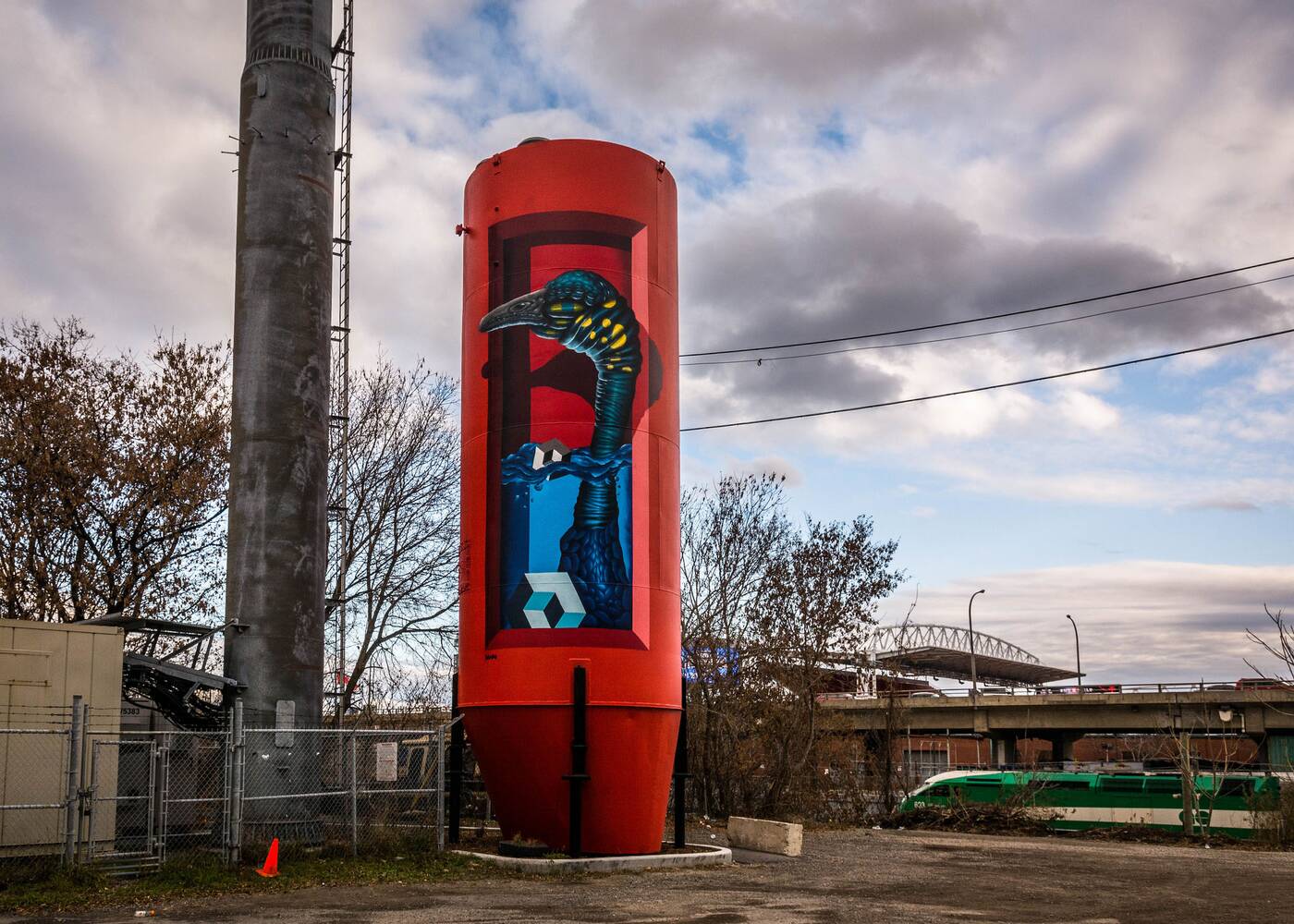 Earlier this year, Mural Routes announced that four street artists had been chosen to work on a large-scale public arts initiative in Liberty Village. 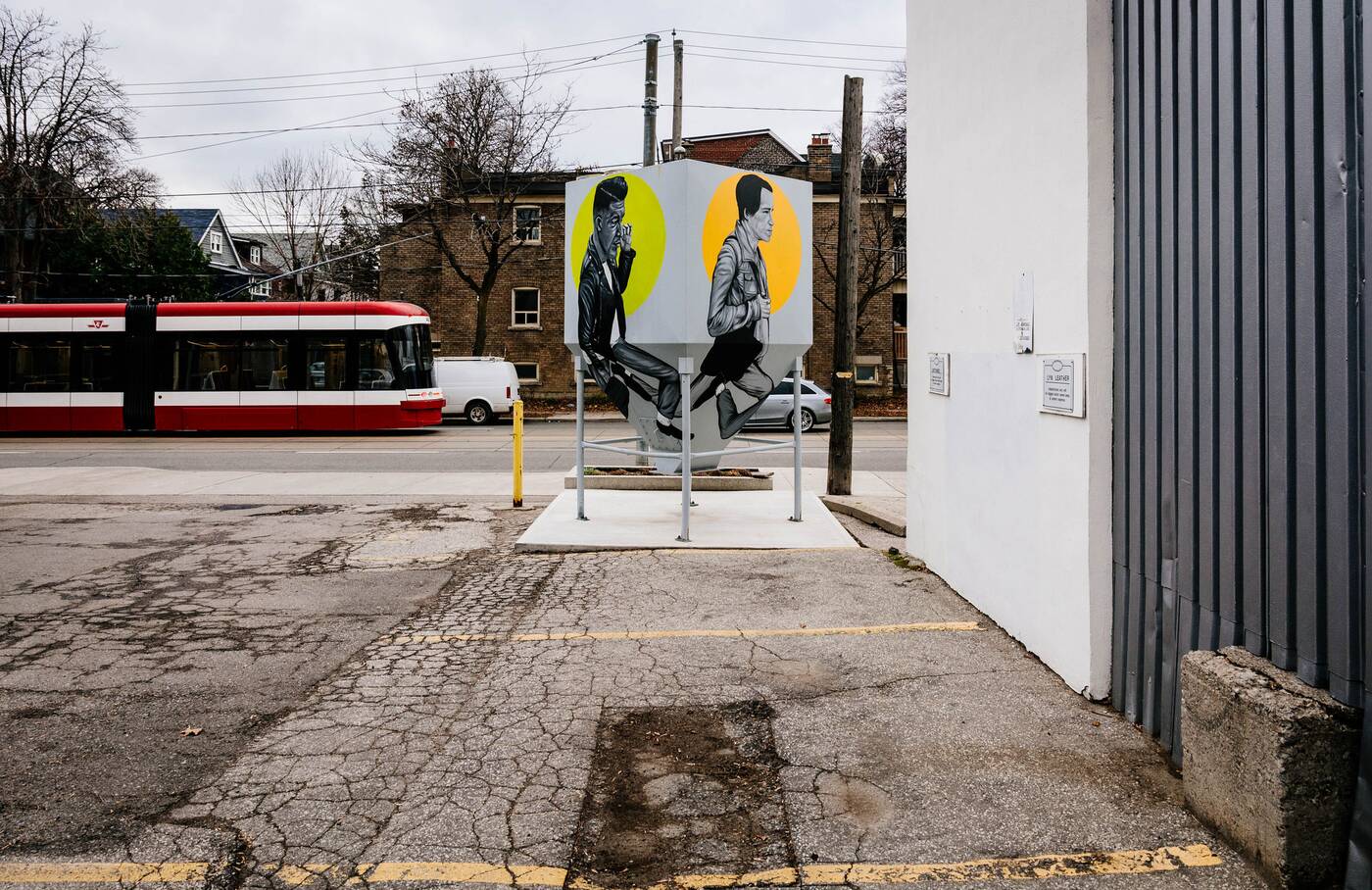 The project, made possible through the city's StreetARToronto Partnership Program, involved turning several 30 to 40-foot-tall silos and grain hoppers into "monumental and highly-visible murals" that could be seen from the Gardiner Expressway. 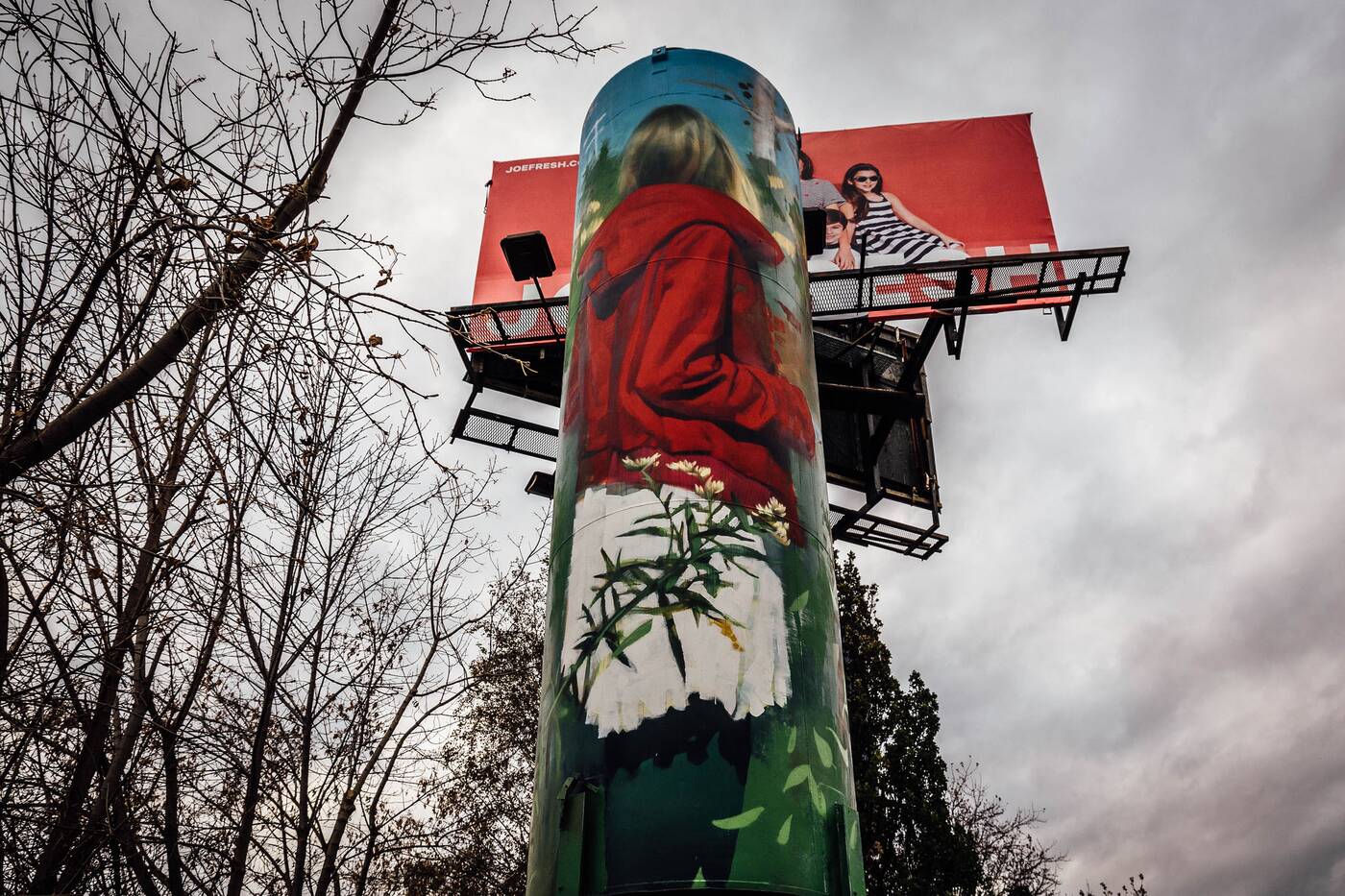 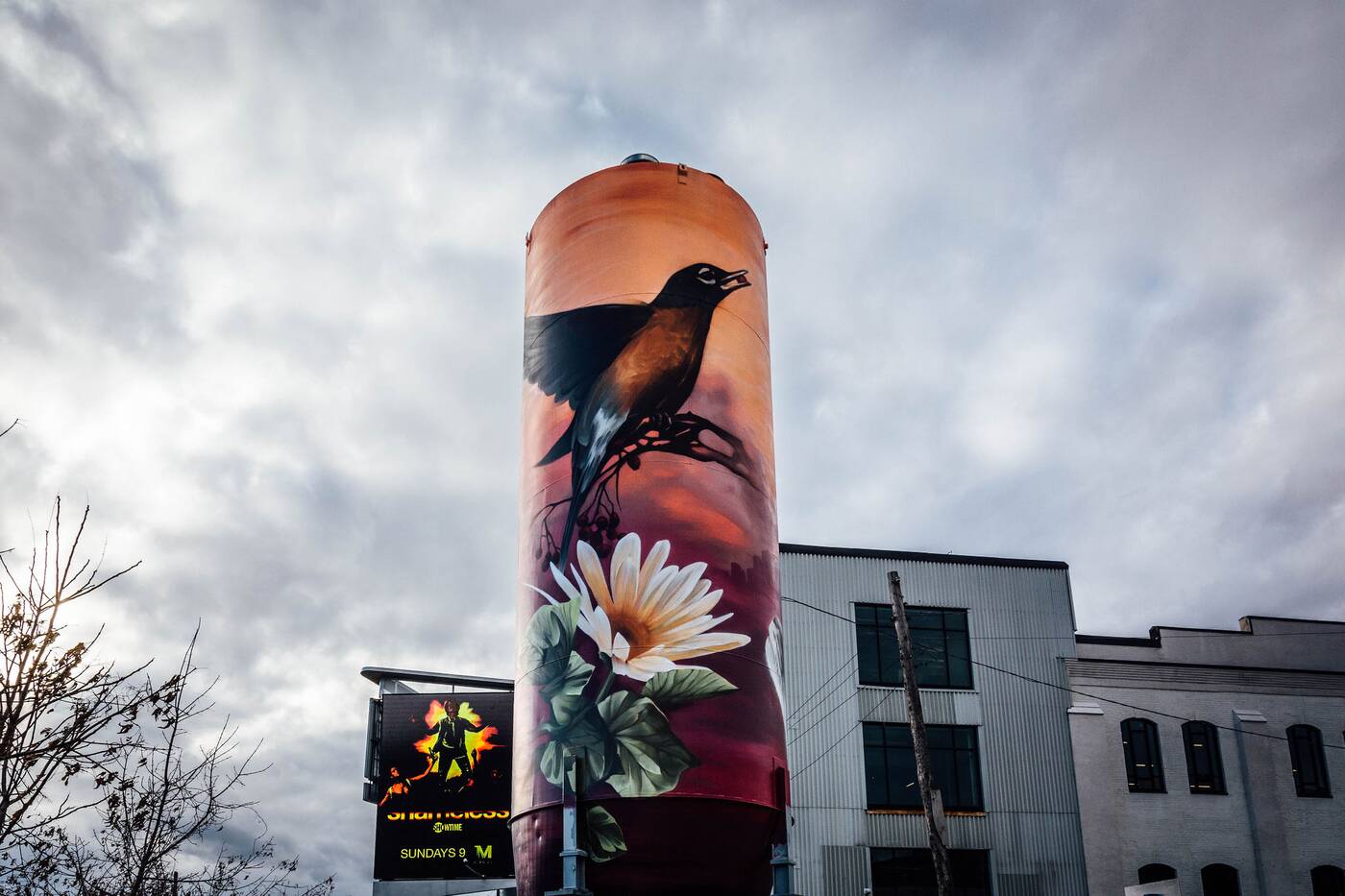 Mural Routes is hosting an unveiling event for the repurposed silos today, between 4 and 6 p.m. at the base of Fraser Ave, outside the old Canada Bread Factory, which left the old silos behind when it closed after more than 50 years in 2011. 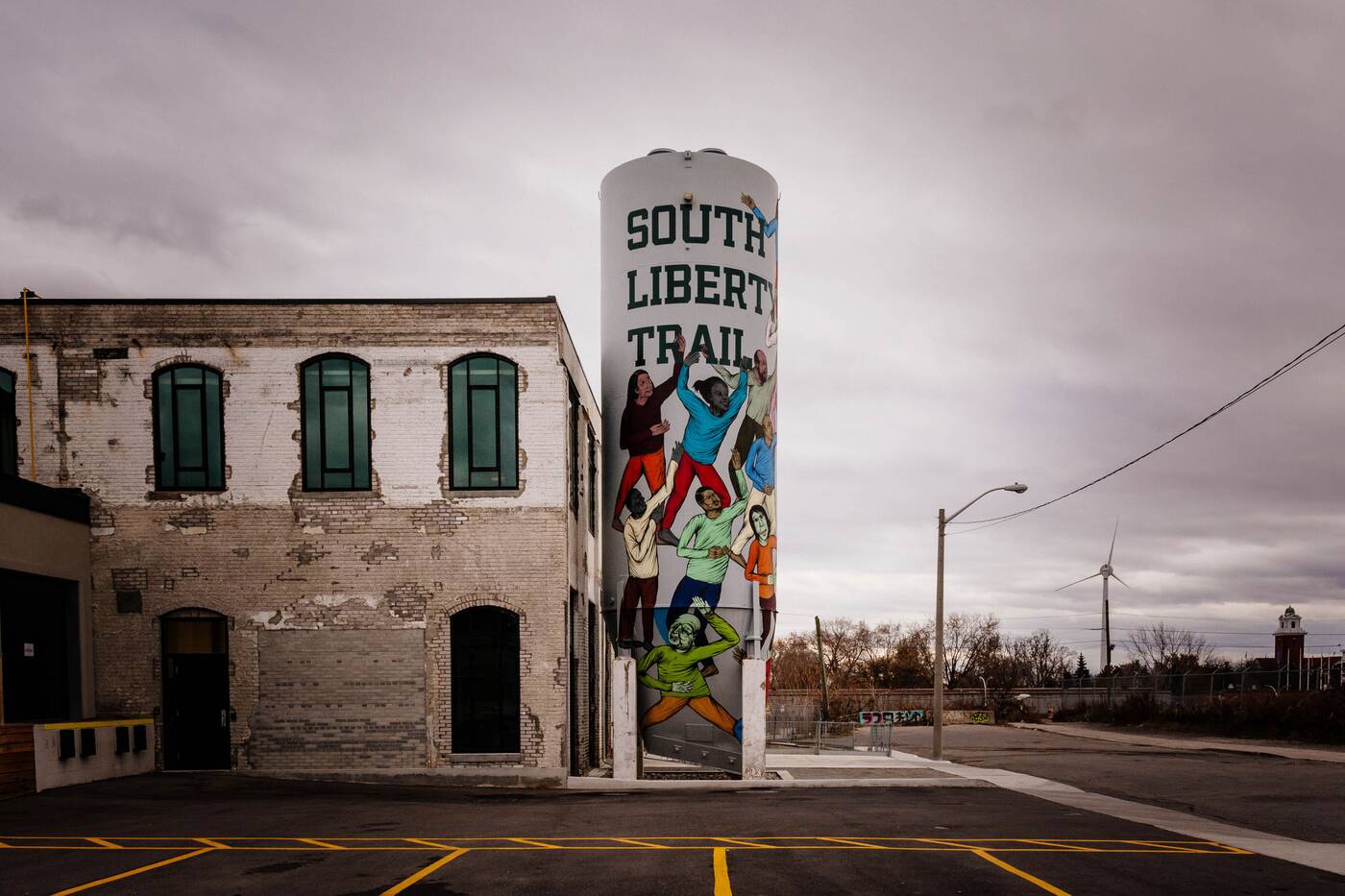