The word CRUSH has been scrawled in white spray paint across a large bronze statue at Bloor and Huron Streets – which isn't the most unusual thing to happen in our city.

It is a pretty horrible thing, though, if you know the history and symbolism behind this sculpture on the site of what was once the infamous Rochdale Project.

Called "The Unknown Student," it's one of the last tangible remnants of the failed educational co-op that used to exist here. 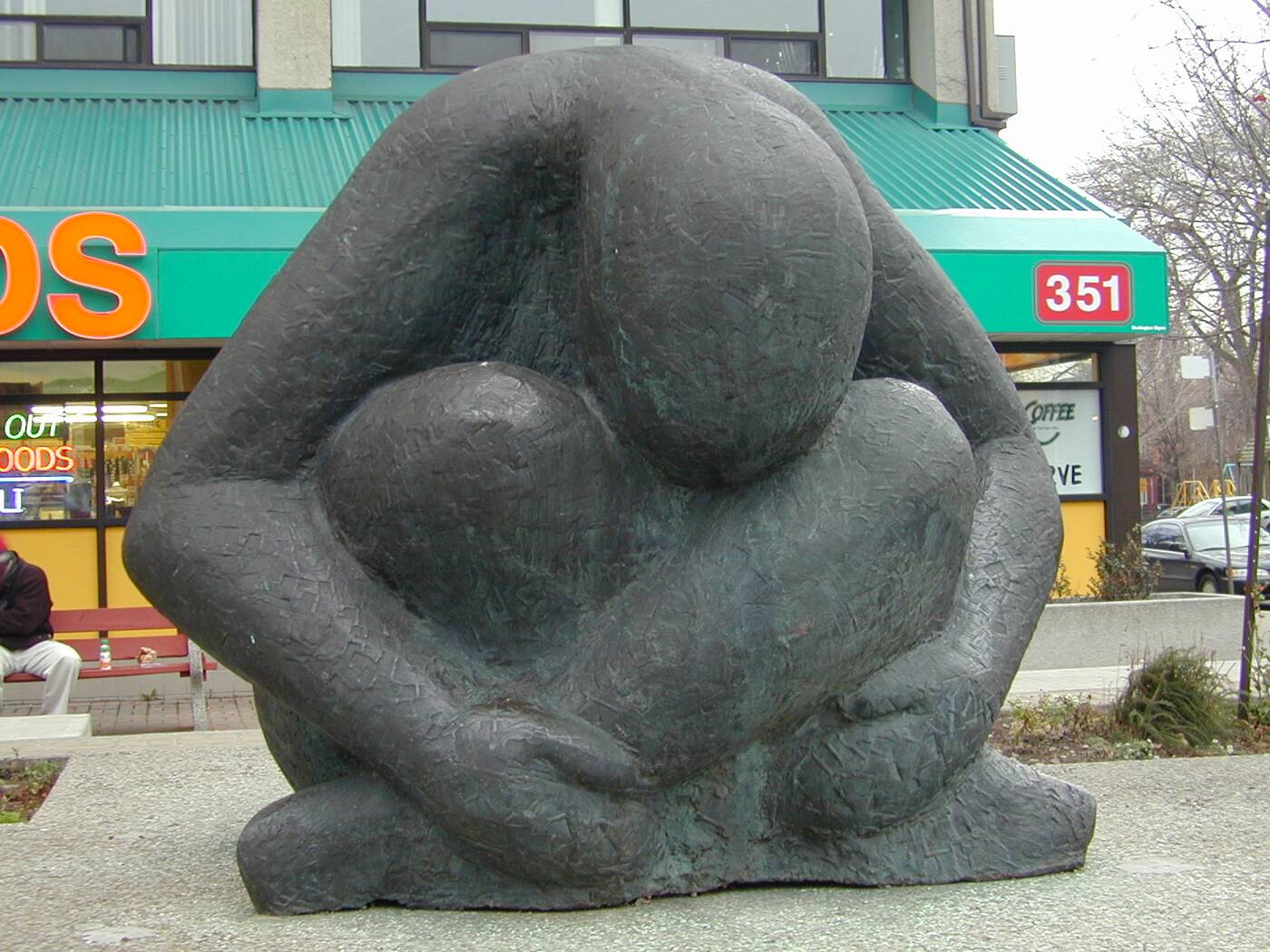 That 500 lb, roughly 10-foot-tall figure was unveiled in 1969 in front of the 18 storey building that used to house the experimental college. It was created by the "Rochdale Sculpture Group" and designed by artist Derek Heinzerling.

"The Unknown Student statue is a testament to what was the decline in hippie Yorkville culture in the late 1960s," explains Open Book Ontario. "The statue today symbolizes perhaps the lost idealism of the time, and the end of a significant era in Toronto's bohemian culture."

So you can see why many people are upset to see a sloppy tag on the iconic piece of public art.

If you know Crush, of Toronto’s Bastards Crew graffiti writers collective, tell him it was pretty shitty to tag the “Unknown Student” sculpture at Rochedale College. Been there a long time & has history. 1968. Crush isn’t on Twitter (i think). pic.twitter.com/70HI5mOPQn

Others in the city agreed with his opinion that "it was pretty shitty to tag the 'Unknown Student' sculpture."

"Are you effing kidding me???" replied one of his followers.

"A shame that the statue cannot retaliate by turning the grafitti 'artists' into stone or bronze," wrote another.

The City's official 311 contact centre later jumped into the conversation to say that Toronto's 'Public Art Officer' (which is a thing, apparently) has been notified.

Here's to hoping the sculpture can be cleaned up and restored to its sullen, yet strangely beautiful glory.