Someone is floating a huge statue down the Don River

Have you noticed a large-scale statue floating down the Don River lately? The sight of this has surely confused a few people, but it's all in the name of a critical art performance taking place this month.

Toronto-based duo "Life of a Craphead" has been doing the performance each Sunday since October 29 as part of The Don River Valley Park Art Program, and it's turned a lot of heads along the Lower Don. 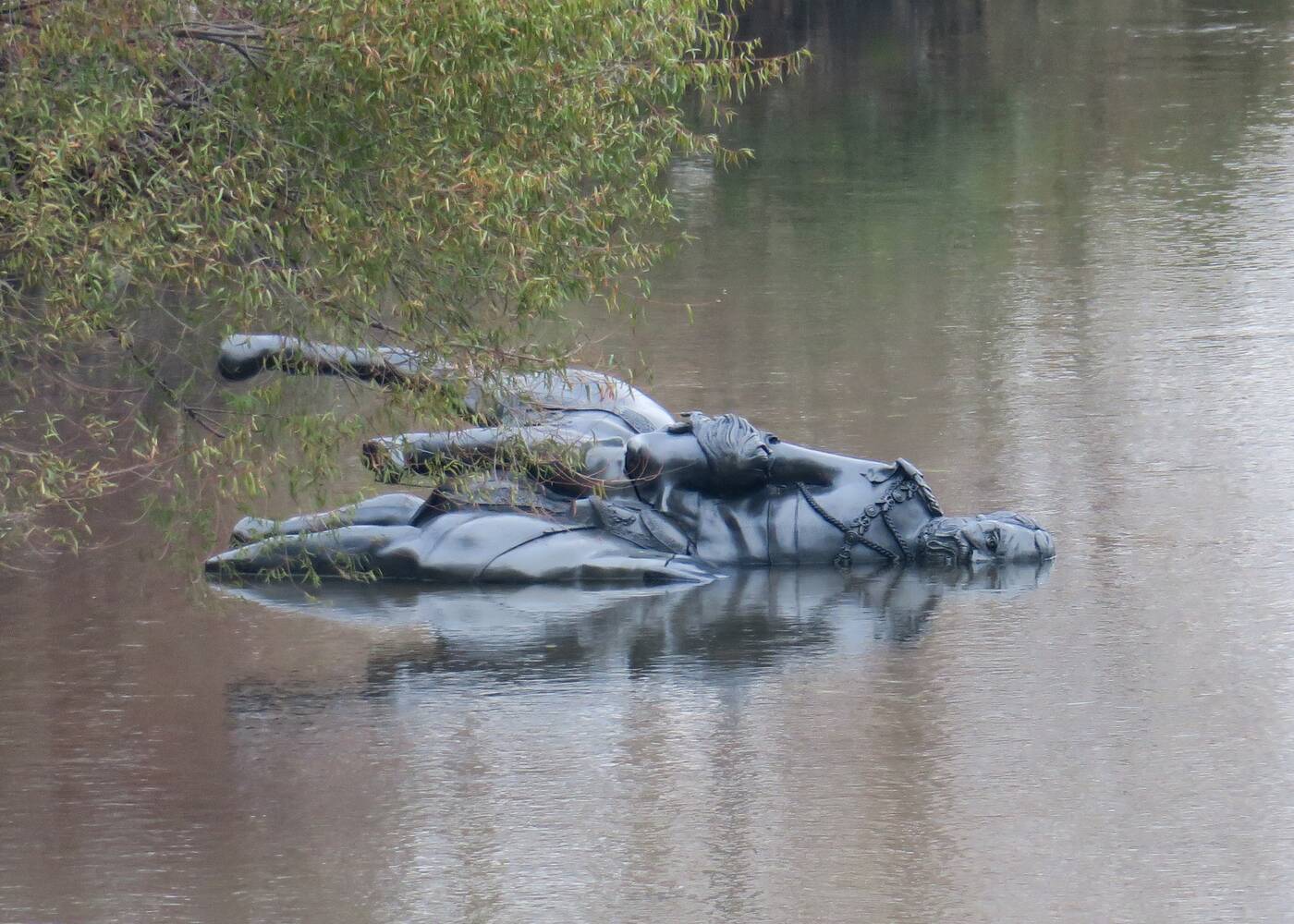 If that statue of King Edward VII on a horse looks familiar, you might have seen it in Queen's Park.

The water-bound figure above, created by artists Amy Lam and Jon McMurley (known collectively as the aforementioned Life of a Craphead), is merely a life-sized replica of the 15-foot bronze statue in Queen's Park.

The original equestrian statue was actually erected in India in 1922, removed after the country gained independence in 1947, and relocated to Toronto (despite public protest) by an art collector who liked horsey statues in 1969. 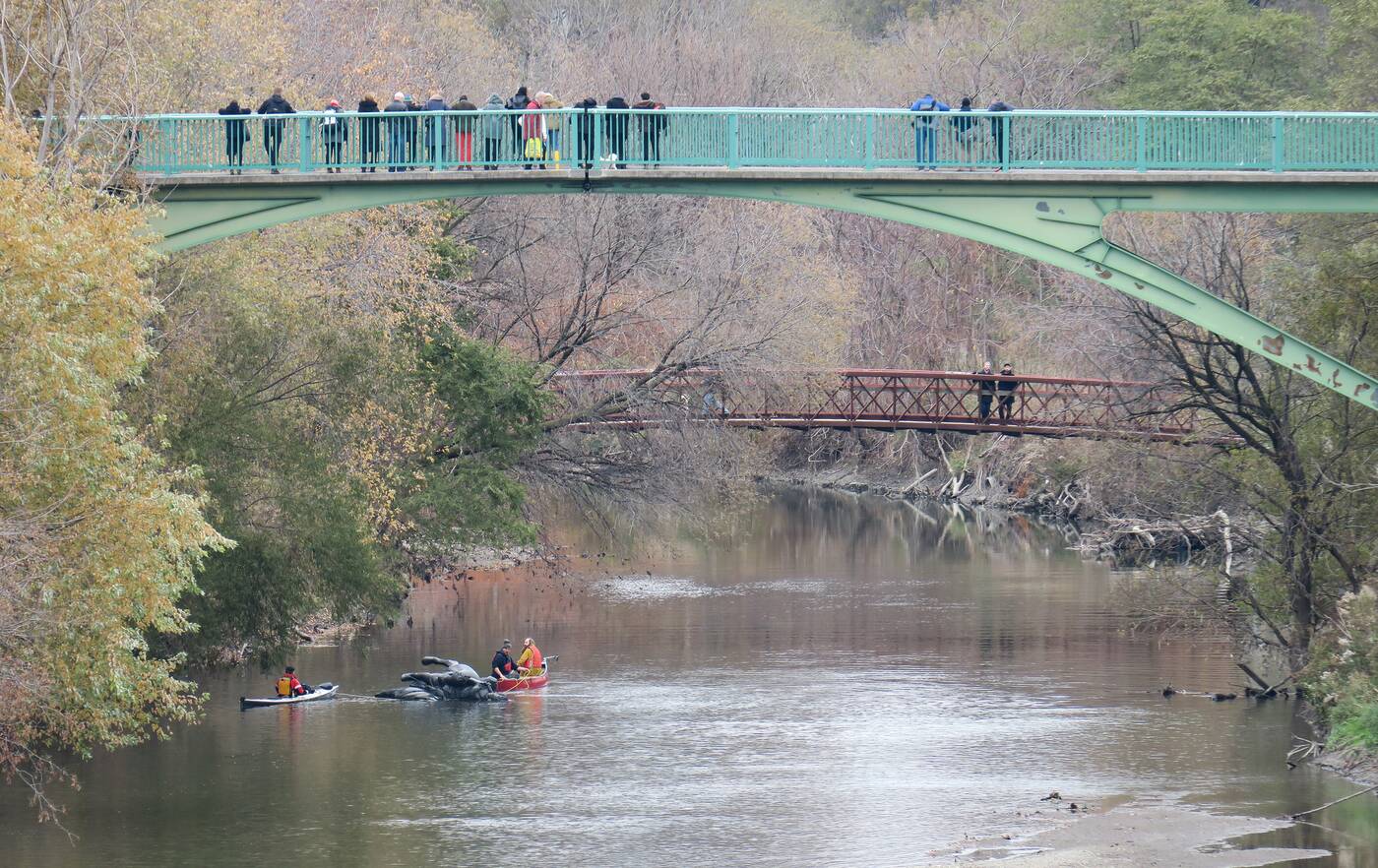 "Life of a Craphead's project explores the histories and decisions that continue to shape Toronto's public space and public art," reads a description of the project on Don River Valley Park's website.

"Their performance will create the illusion that this statue has been 'dumped' in the Don River."

"With both humour and a sharp critical eye, the project addresses the persistence of power as it manifests in public art and public monuments," the description continues. These are "symbols that are often preserved in perpetuity, even when the stories we want to celebrate change."

Life of a Craphead's King Edward VII replica will be floating down the Lower Don River for its fourth, and final time this Sunday, Nov. 19.