Nathan Phillips Square will soon be filled with shipping containers

Toronto is about to get a shipping container village in the heart of the city. That's right, come September 30, Nathan Phillips Square will be stacked with containers as part of the city's annual all-night art fest.

Nuit Blanche Toronto just dropped its lineup (sorry, "artistic program") for 2017, and, as usual, it's every bit as confusing as it is exciting. But that's why we all love it.

More than 350 artists will present a total of 90 contemporary art projects across the city this year, and there are enough cool things planned to keep the entire city entertained: Shoe colouring, a porta-potty party, watching someone destroy a pillow until the sun rises... you get the idea.

It's Nathan Phillips Square that will likely draw some of the biggest crowds, though. And the city has something huge planned for the space this time around.

A 21-project exhibition called "Monument to the Century of Revolutions" will see a whole bunch shipping containers installed just outside City Hall to serve as the home for variety of installations and programming.

Curator Nato Thompson describes the exhibition, which features art by the Russian collective Chto Delat, as "an array of shipping containers producing a small village; a veritable mass shipped revolution that unpacks into a world." 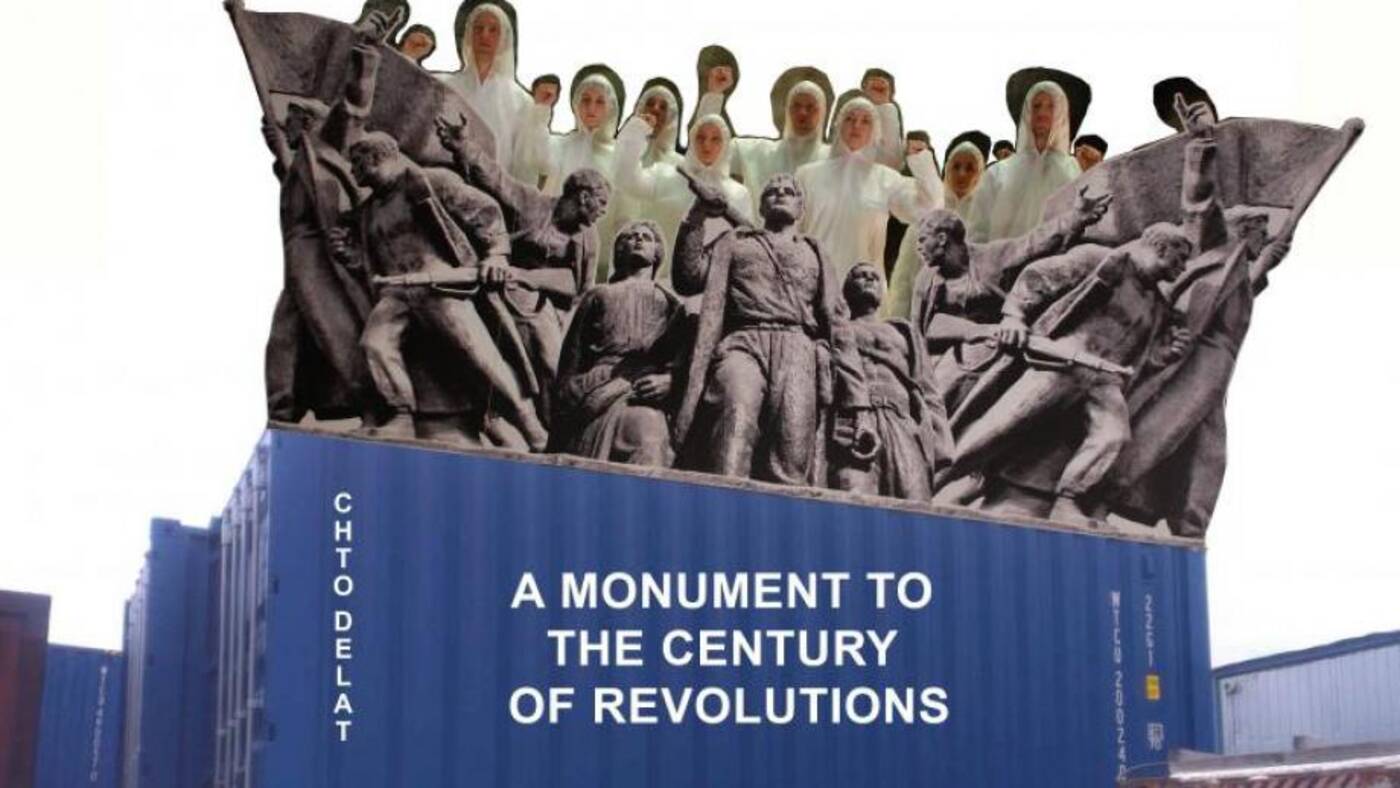 "Roughly half of the containers will take on a different moment in revolutionary history ranging from the Mexican Revolution, Yugoslavia and China to May '68, Cuba, and to Zapatista," Thompson writes in his curatorial statement.

"The other half will house local artist activist groups touching on issues that address Indigenous peoples, migrant workers, sex workers rights, queer activism... and much more."

This "living breathing monument" was designed to support the event-wide theme of "Many Possible Futures." The official reveal for this shipping container village will take place at sunset on September 30, but watch for the installation to begin in the days leading up to the event.