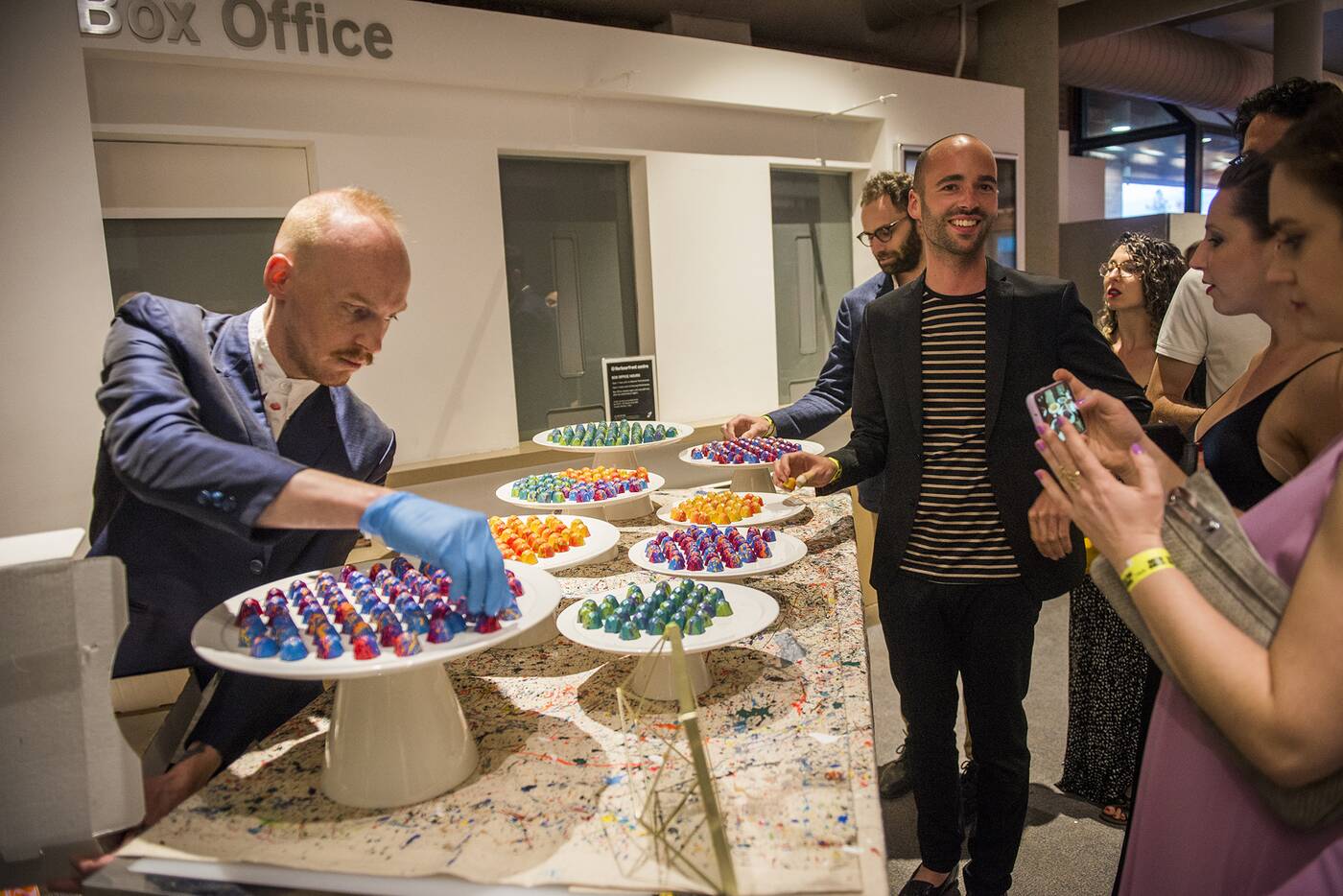 Nobody can resist Brandon Olsen's chocolates. Photo by Hector Vasquez.

A delicious Chocolates x Brandon Olsen display greeted guests who made there way to a separately ticketed VIP party early in the evening. Featuring art from Pedro&Juana; in collaboration with Italian artist Francesco Pedraglio, the entire room was swathed red curtains. 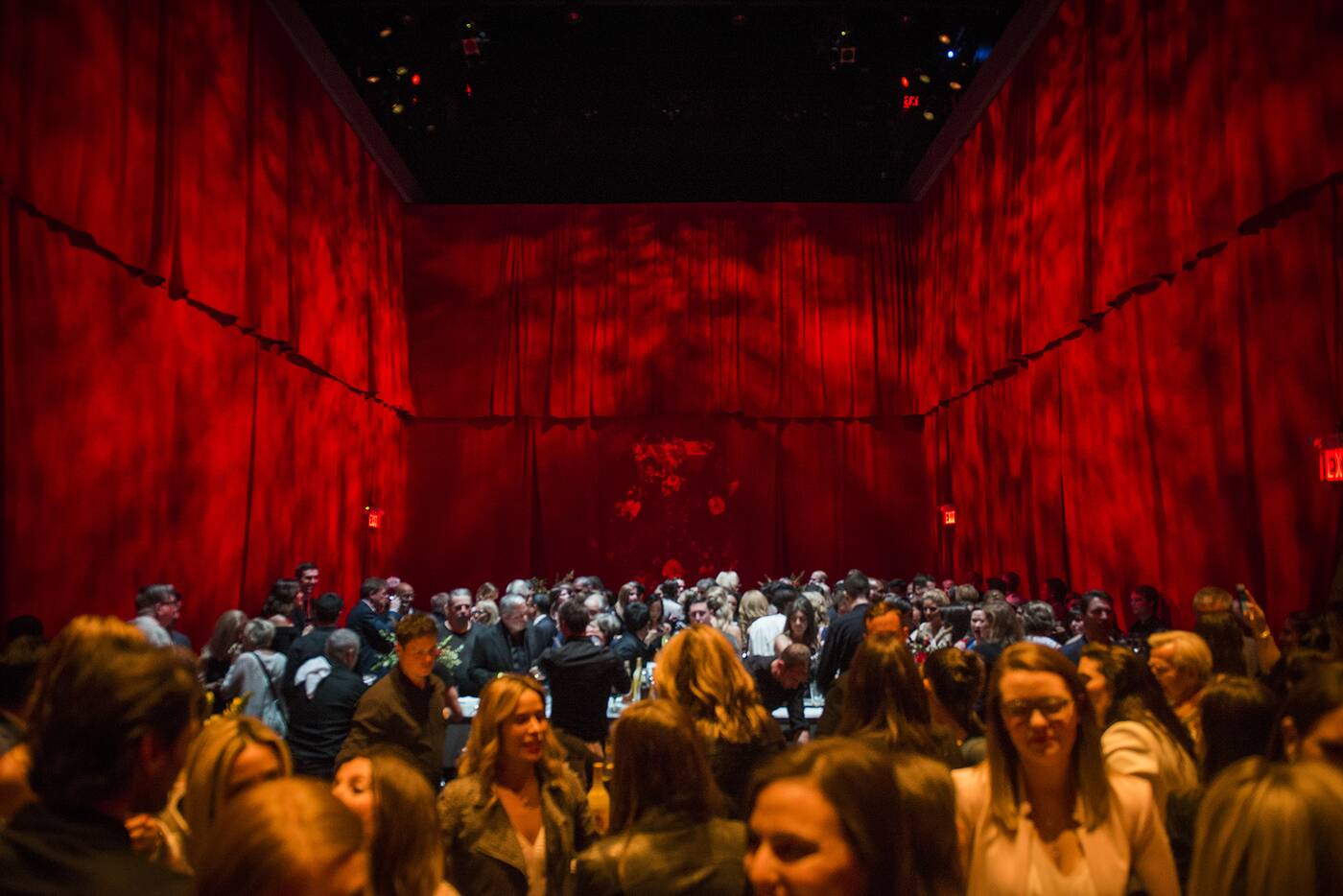 The room at the VIP party. Photo by Hector Vasquez.

Live videos of the other half of the room were projected on the curtains at each end of the space, a cool taste of alternate realities that also allowed me to keep evaluating how crazy the line-ups were at the various bars scattered around the room. 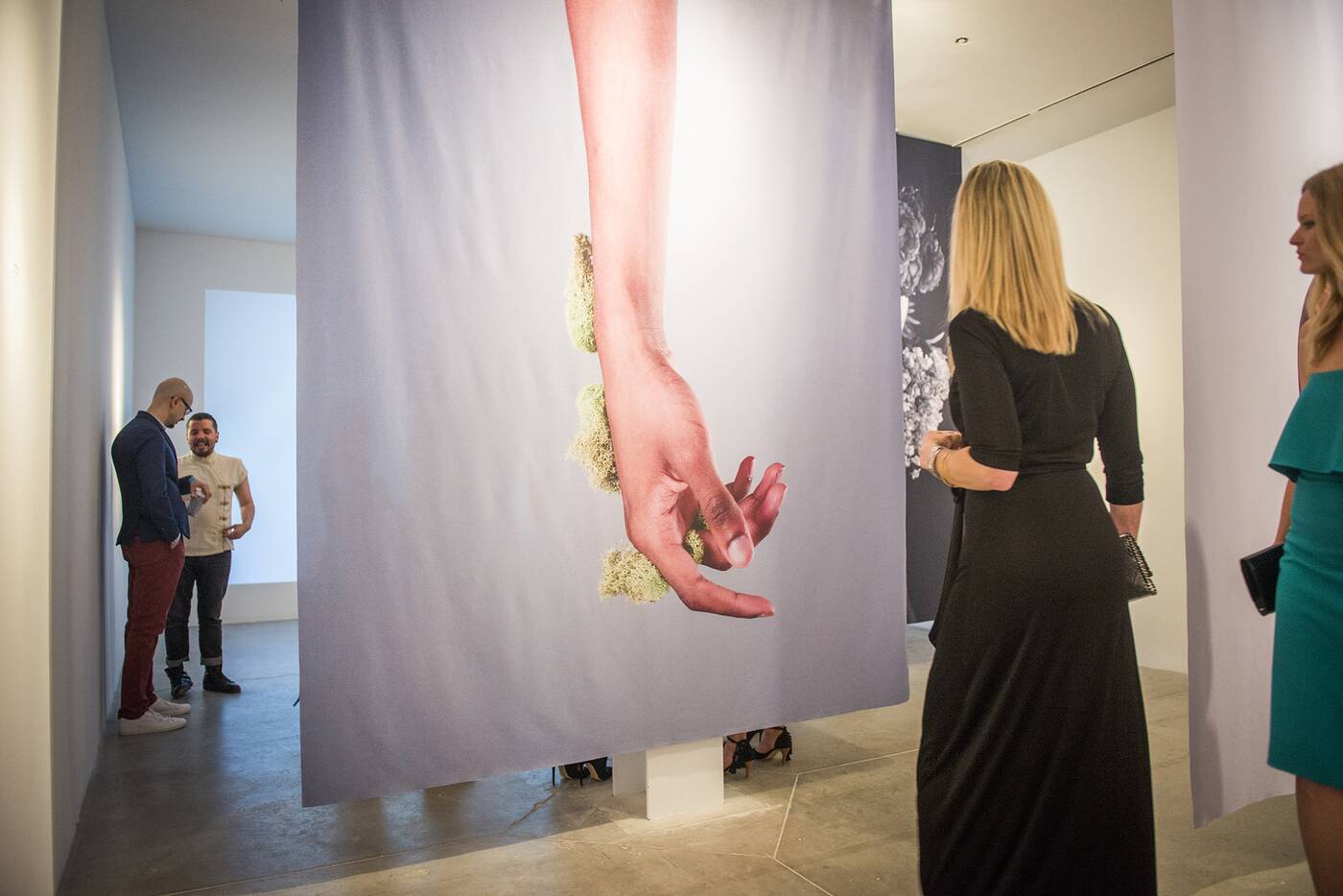 At 9 p.m., the main party started. For the Power Ball, the various rooms of the Power Plant always get decked out with various themed art installation. 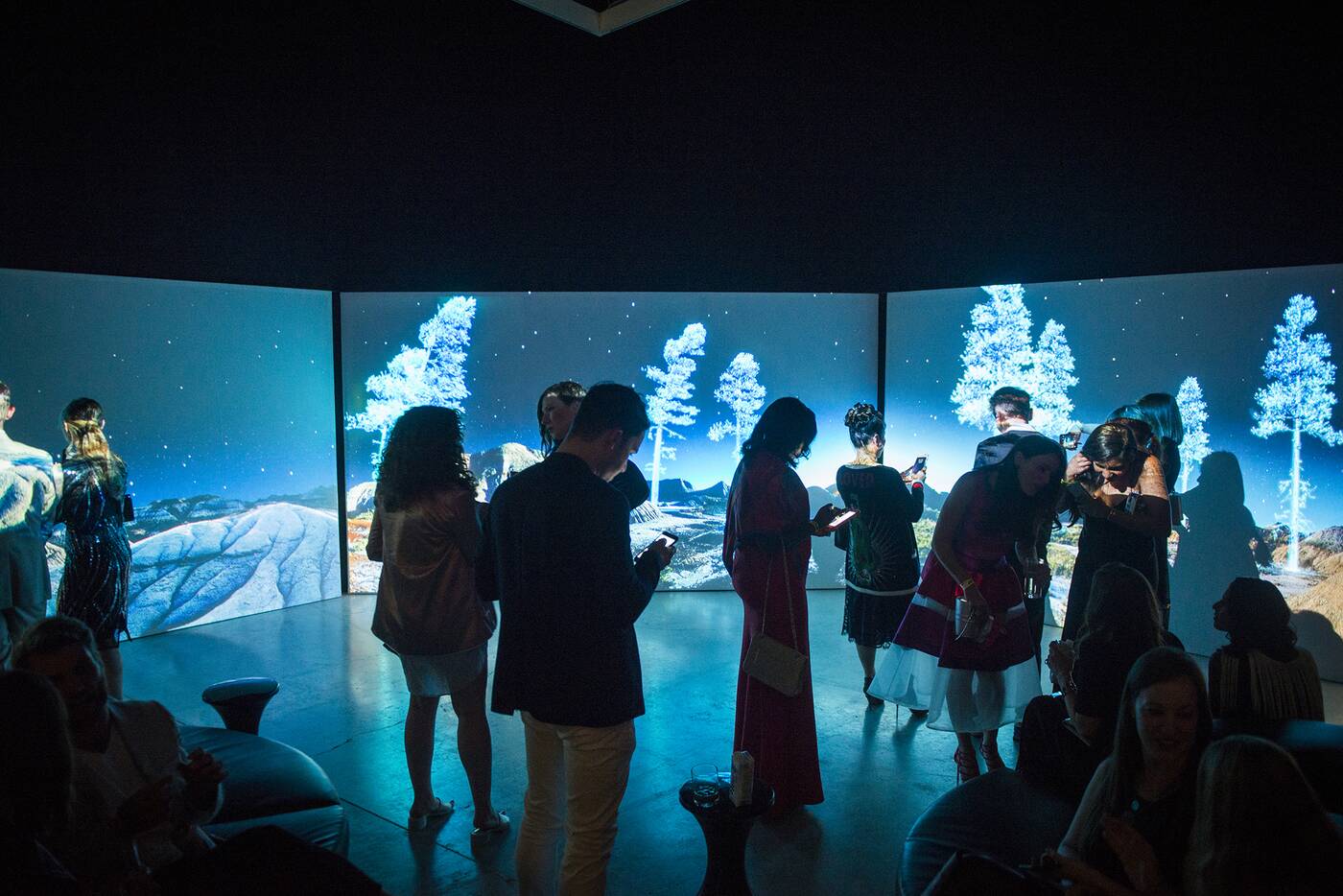 Last night, these included Kelly Richardson’s The Erudition, a landscape of holographic trees displayed on walls that reminded me of a very cool, hyper-realistic Windows background. 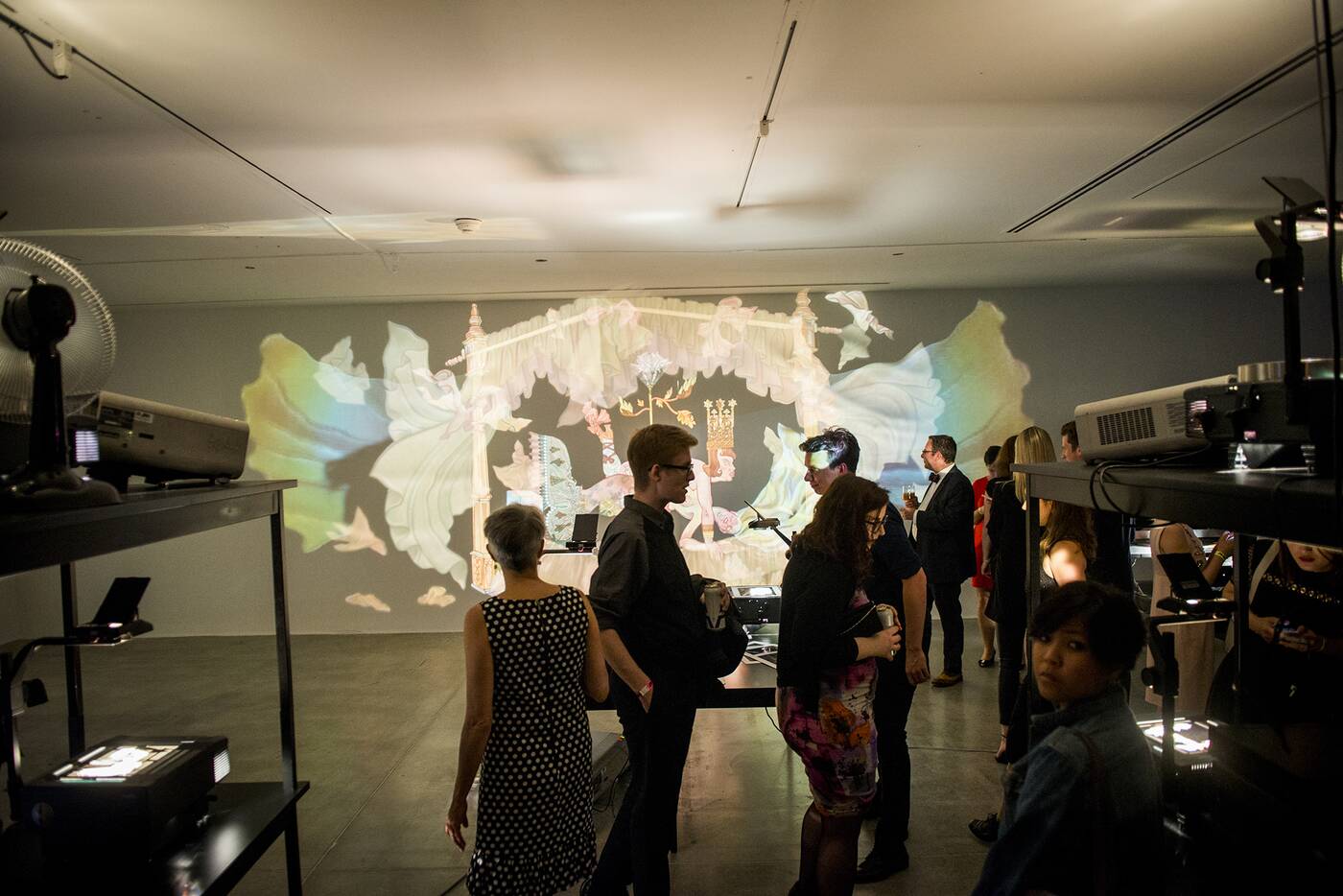 There was also Daniel Barrow’s Learning to Breathe Underwater, a piece that used overhead projectors to project a composite image of a prince having sex with a mermaid on a canopy bed that reminded me of a very cool, hyper-realistic Disney fan fantasy. 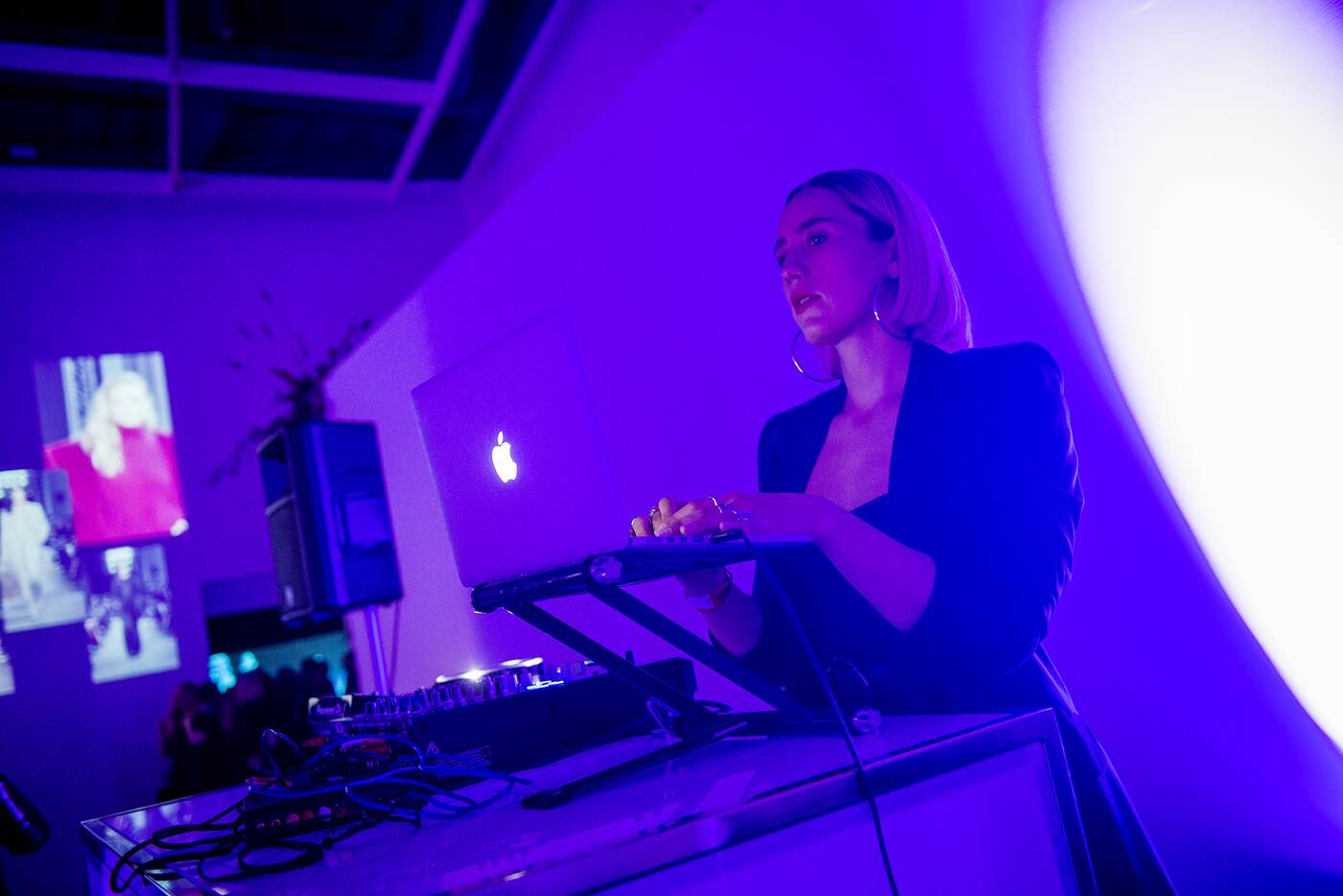 Ralph had fun DJing at the Power Ball. Photo by Hector Vasquez.

Not to be overlooked was the DJ booth featuring Ralph complete with a dance floor and a wall showing off sponsor Max Mara's latest runway show. 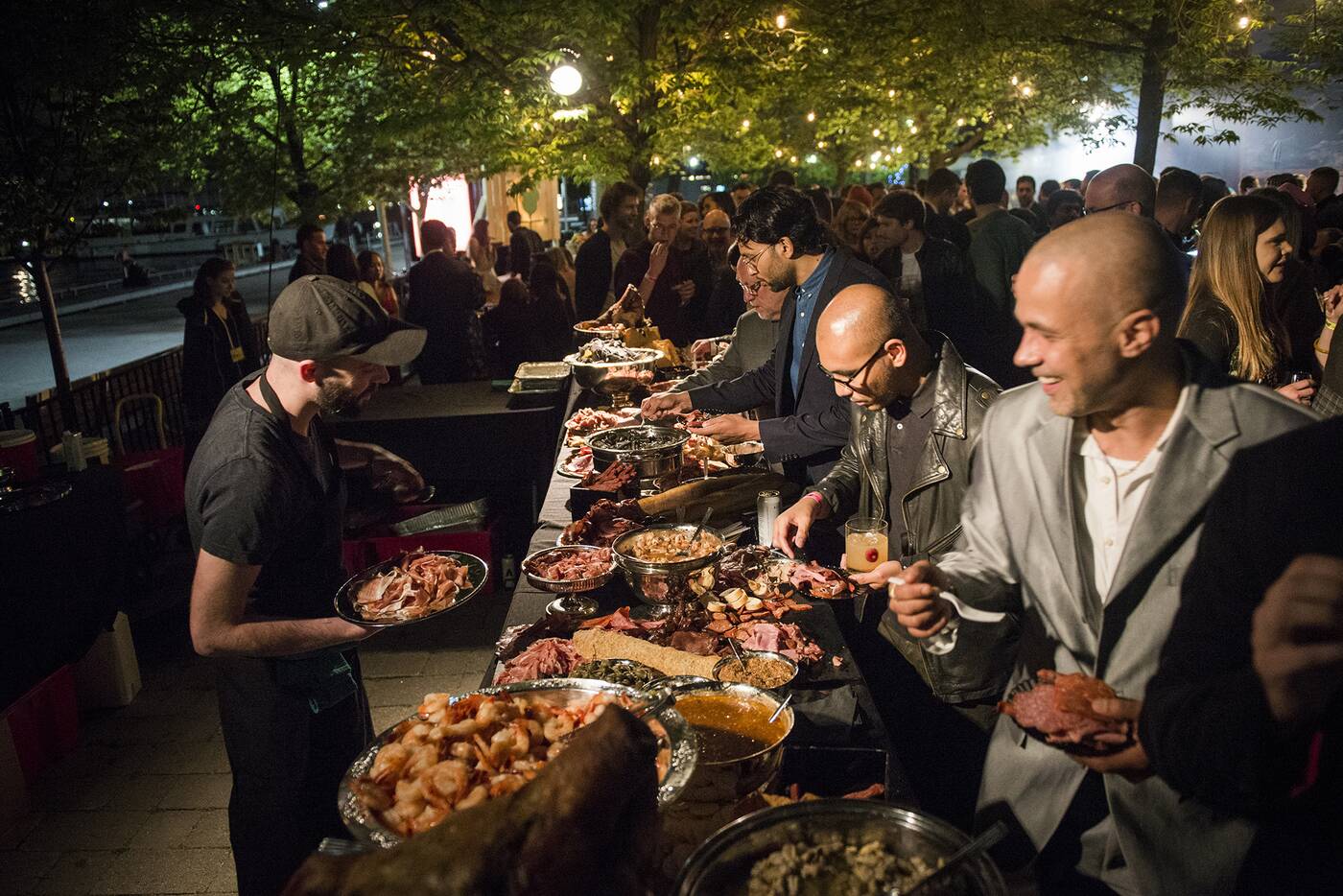 Parts & Labour knows how to cater a party. Photo by Hector Vasquez.

Outside, there was a station with hot food like pork belly tacos plus enormous buffet stations from Parts & Labour, each dedicated to one aspect of a good charcuterie board. 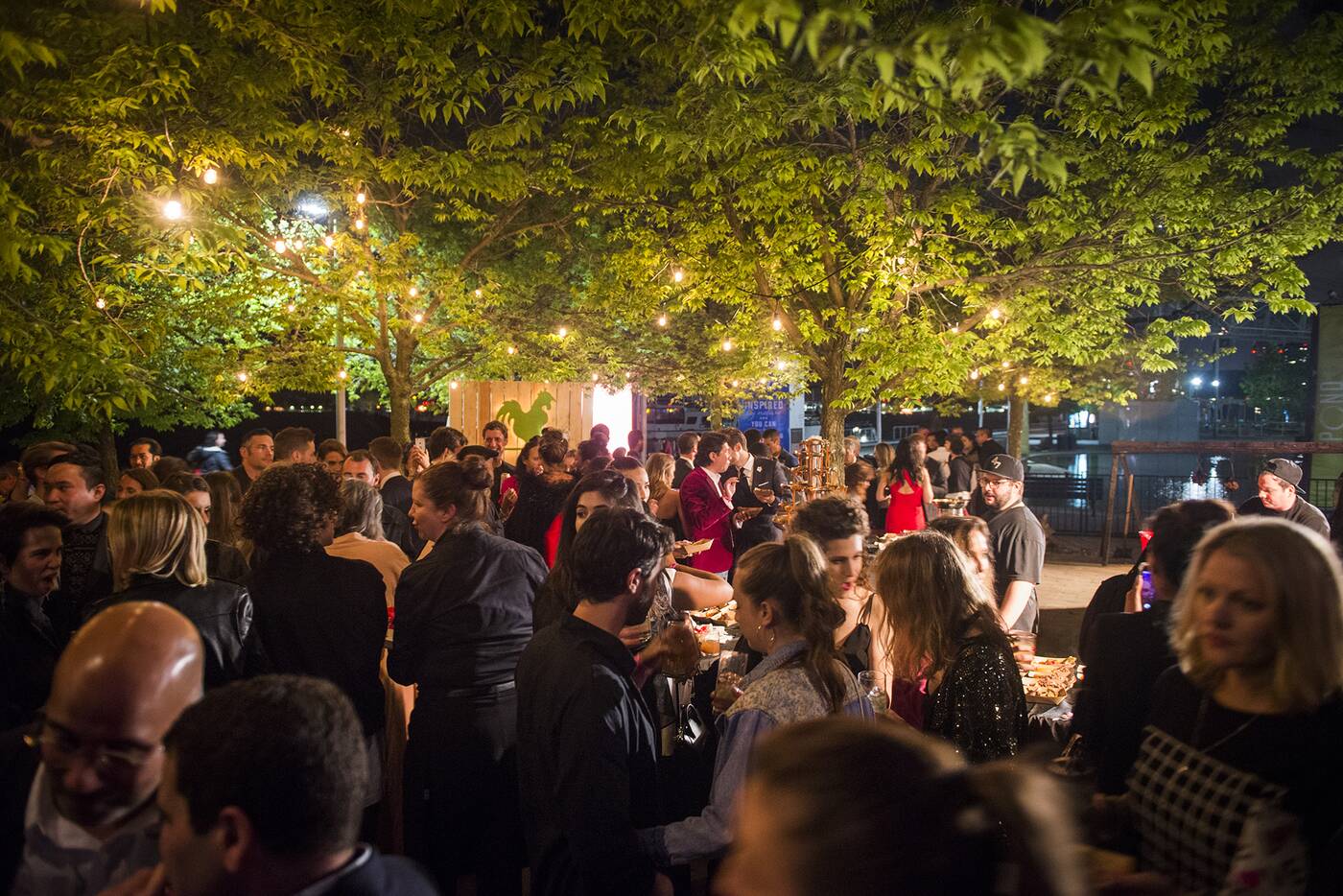 The scene outdoors at the Power Ball. Photo by Hector Vasquez.

There was a bar for Lot 40 whiskey, a booth from Ace Hill Beer, and a cart for Augie’s Ice Pops. There was also an Air Canada photo booth and a VR station from FASHION Magazine that stayed busy all night. 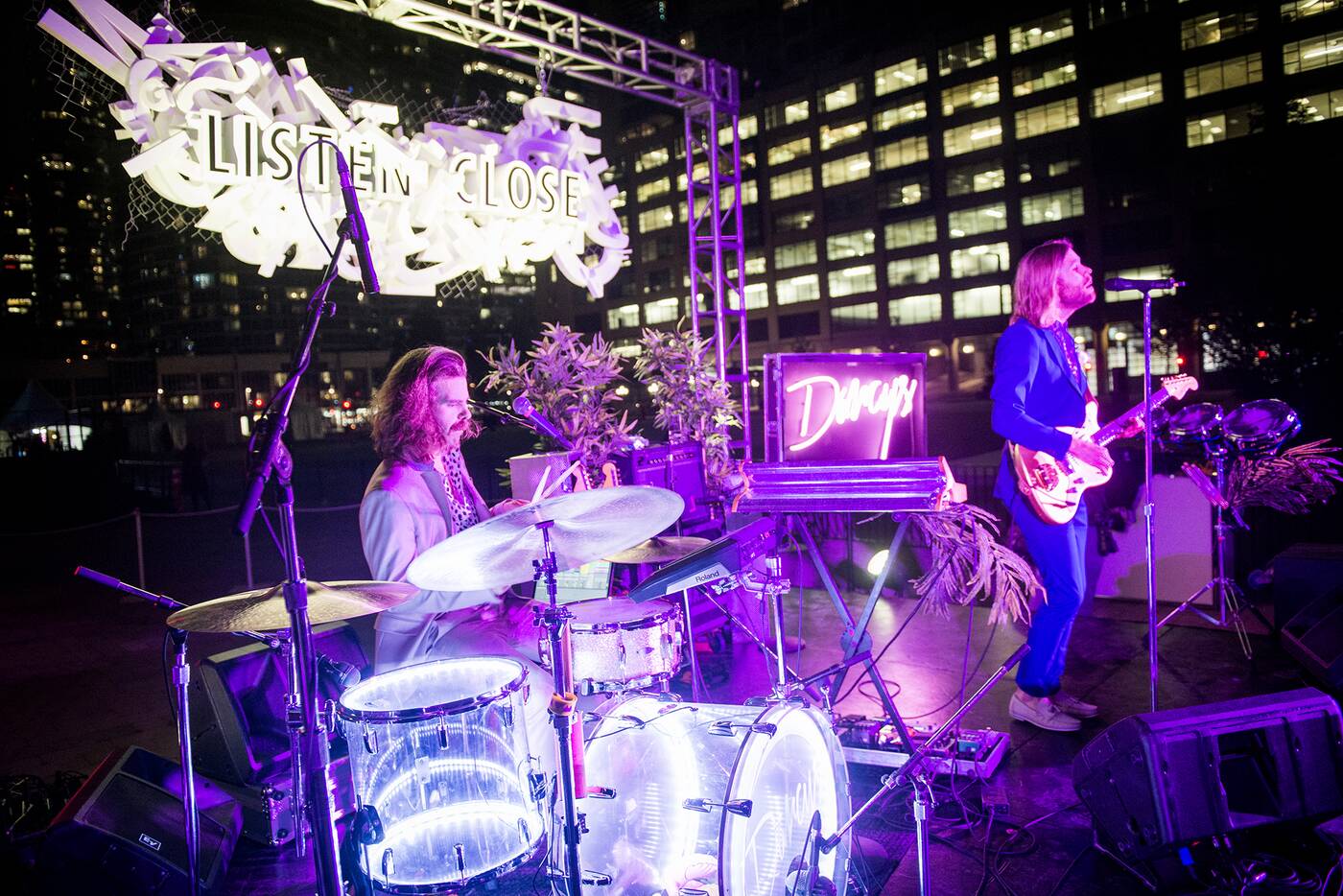 Darcy's performing on the Wayhome stage. Photo by Hector Vasquez.

This year, Power Ball also had a Wayhome stage featuring duo Darcys, a neat way to incorporate a different type of art. 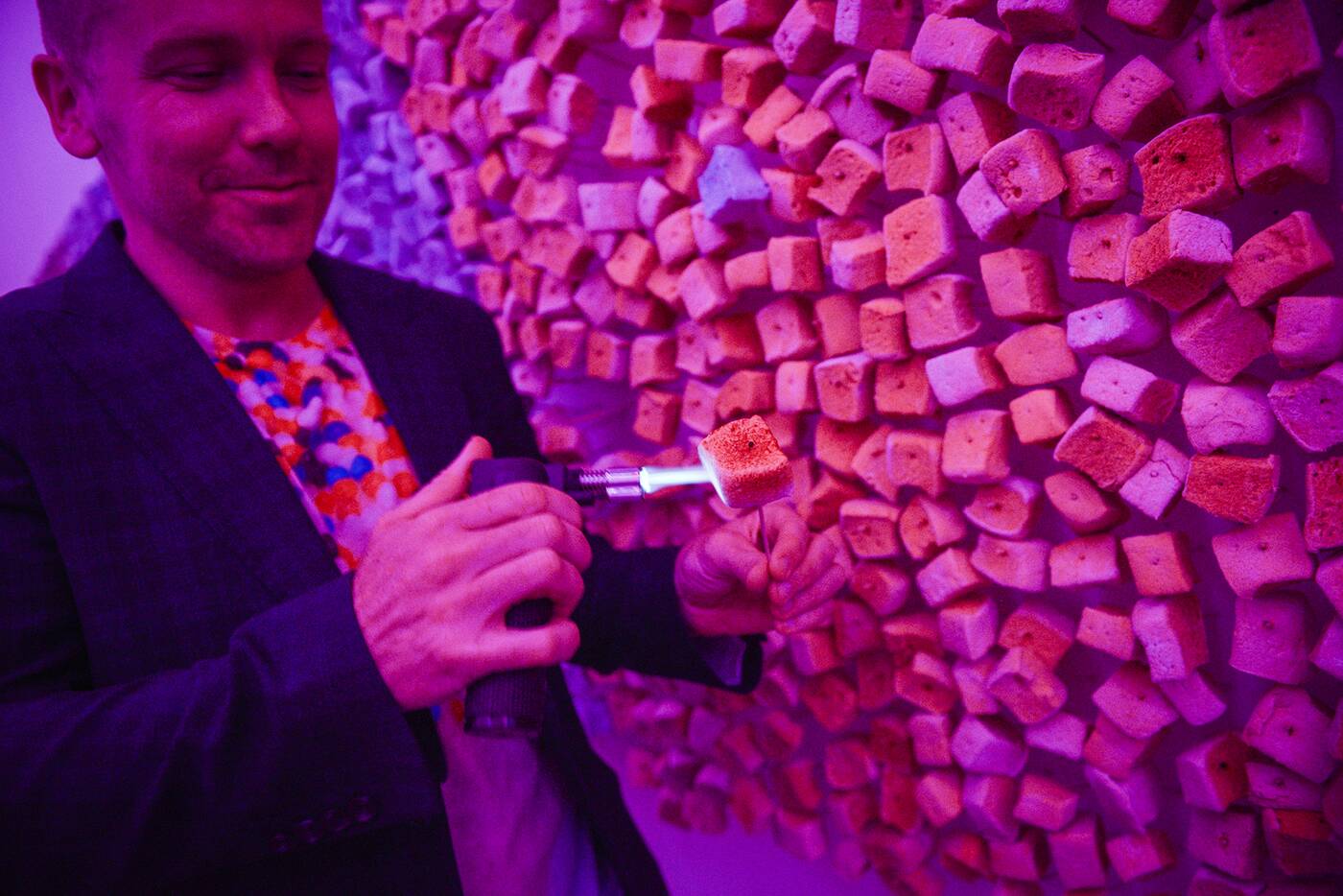 A flame torch is really the only way to roast a wall of marshmallow squares. Photo by Hector Vasquez.

As the night went on, the Power Plant became an unseen universe that had never been experienced before and would never be experienced again. 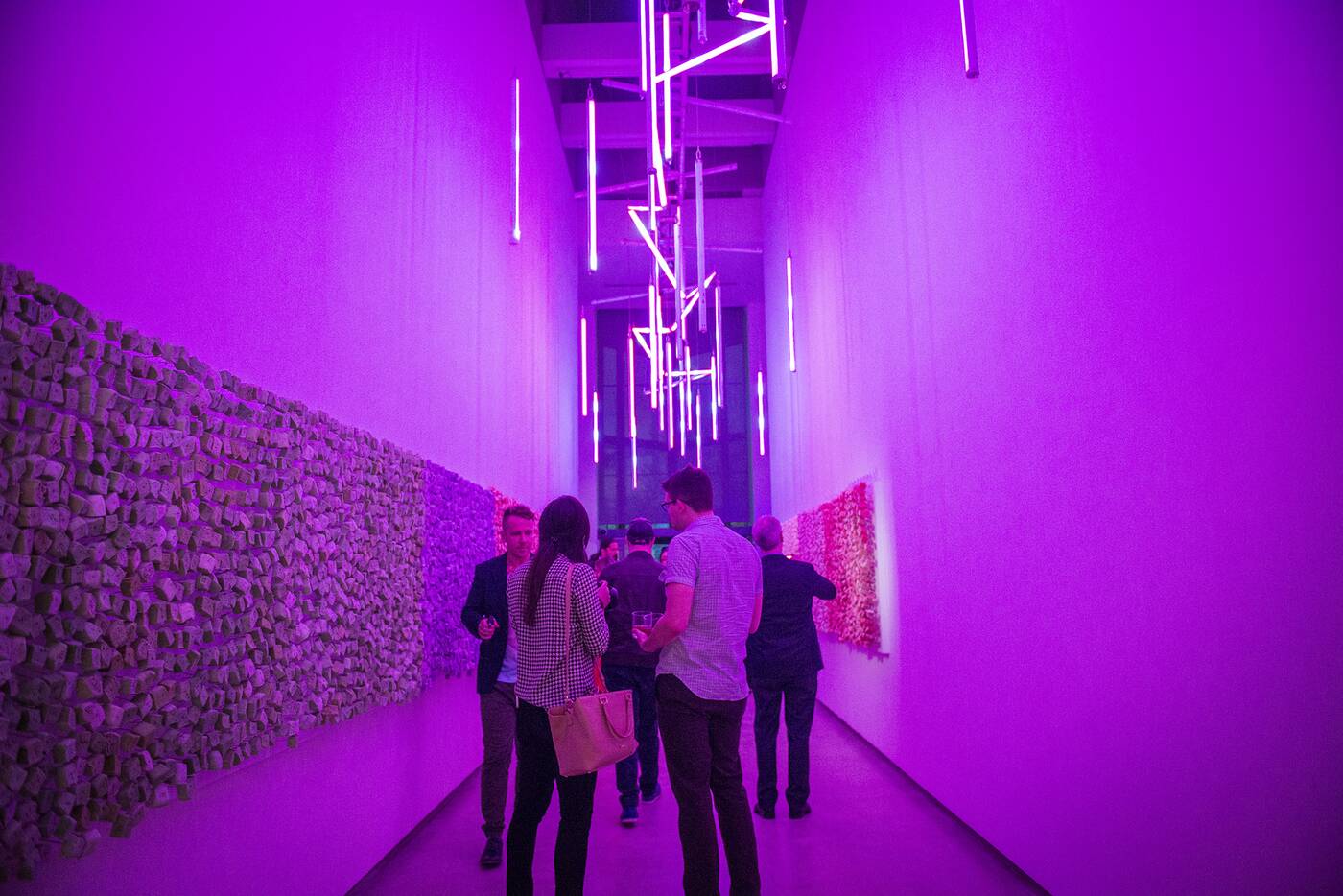 In one room, party goers were bathed in purple and pink. Photo by Hector Vasquez.

A woman in a short dress with flared sleeves kissed a pig’s head on display at the charcuterie buffet while her giggly friend snapped it for Instagram. 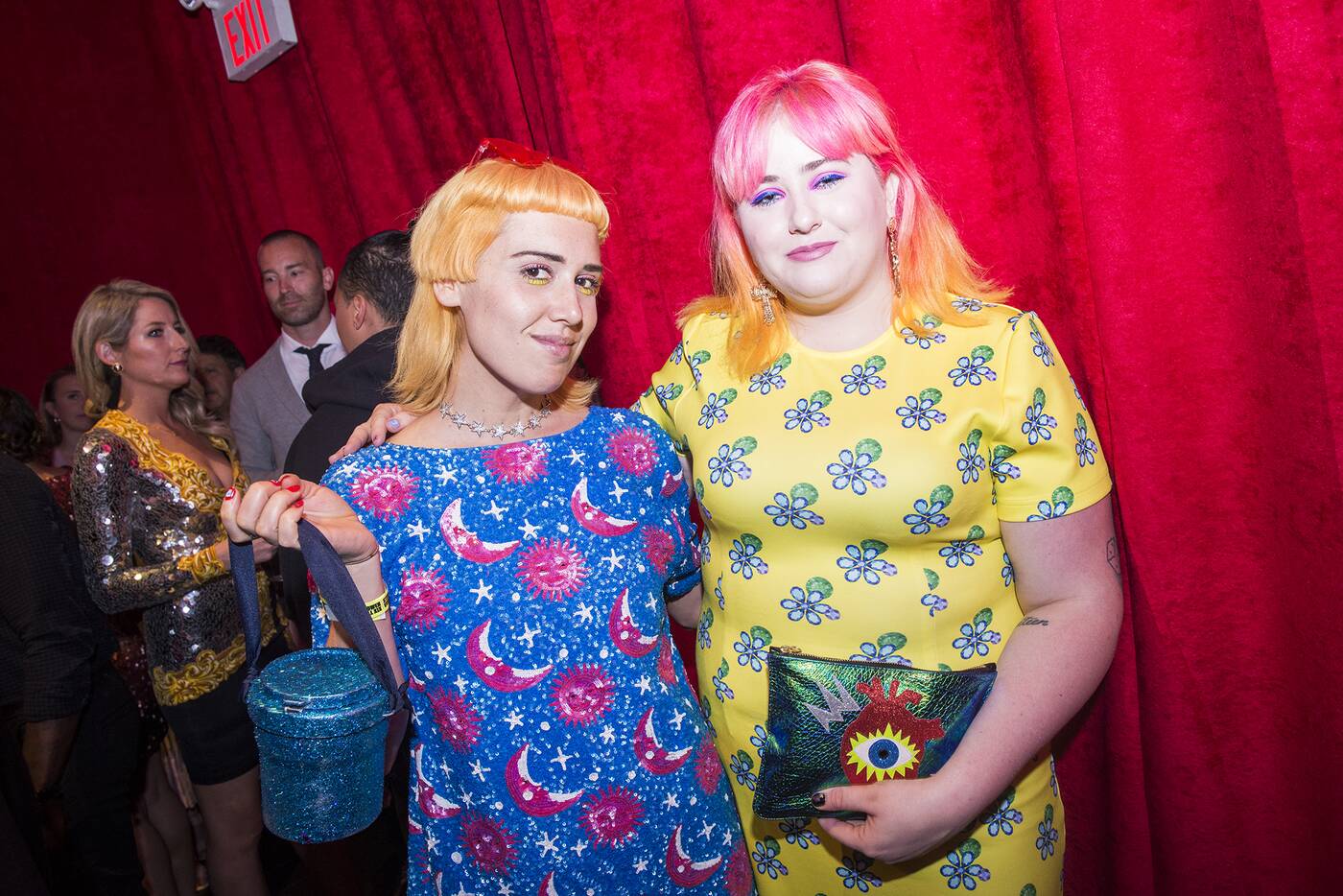 Moons and starts were on theme at this year's Power Ball. Photo by Hector Vasquez.

A gentleman, dressed in all white casual-meets-chic athleisure, posed for a photo- simultaneously the most undressed and the fanciest person at the party. 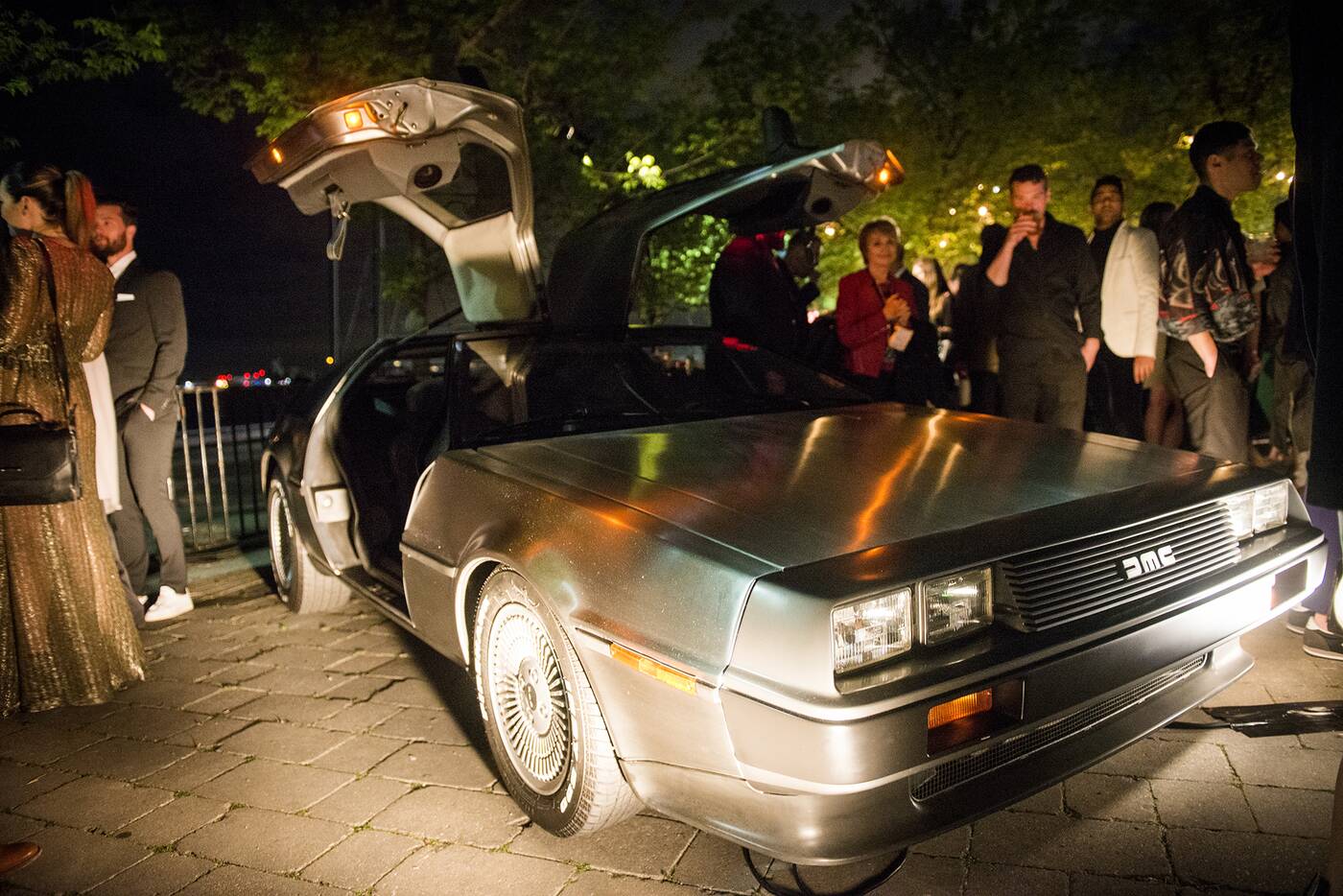 It's not a party if you can't sit in a Delorean. Photo by Hector Vasquez.

An intense man in a tailored suit inspected the Delorean, placed between booths as a fun attraction, with the flashlight on his phone. 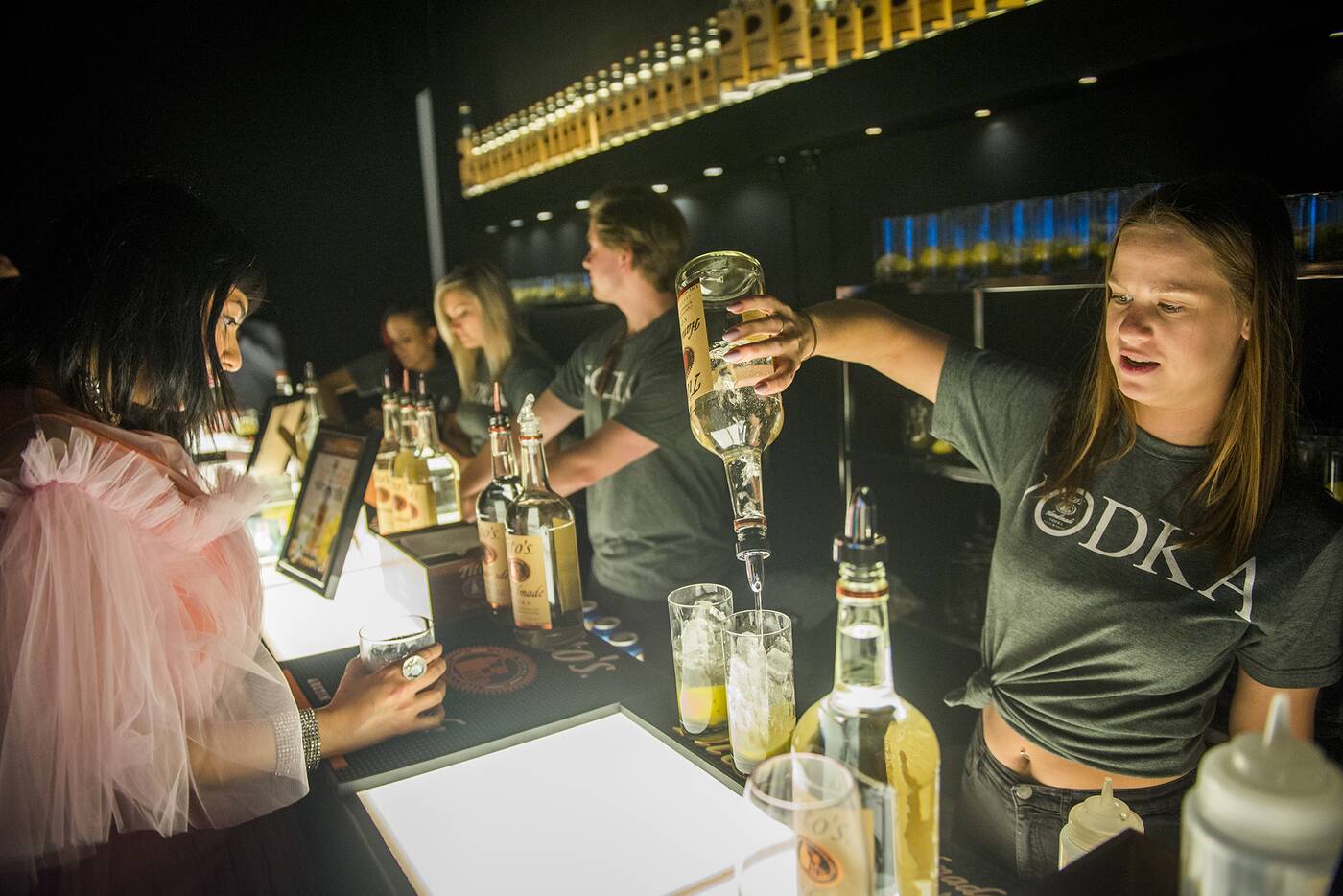 Vodka was readily available at the Power Ball. Photo by Hector Vasquez.

Somewhere, someone was vaping, unseen but obvious, visible but unverifiable. 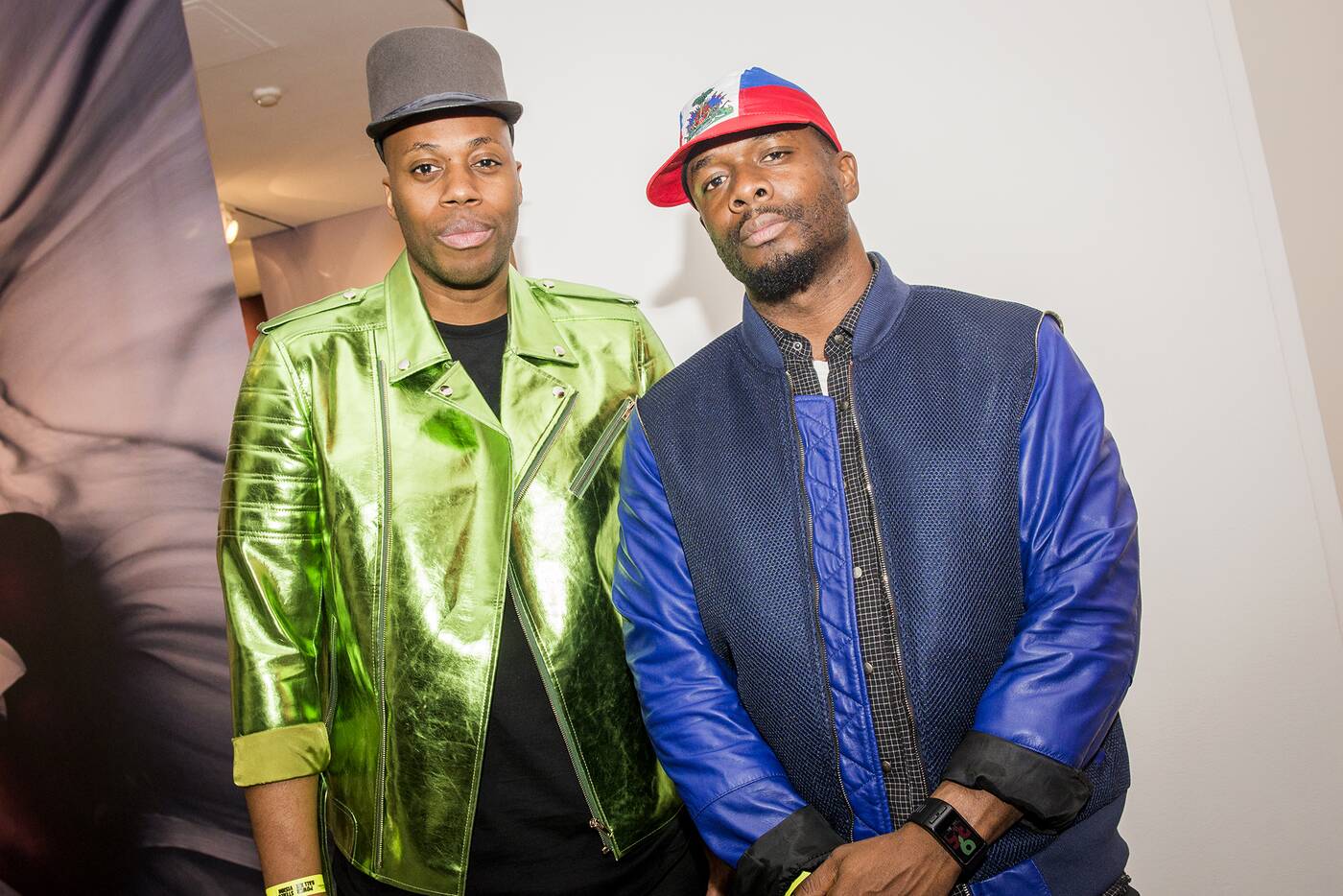 A Kardinal Offishall sighting (left) at the Power Ball. Photo by Hector Vasquez.

I, a person who spent last weekend drinking 4 Lokos in a Montreal park, drank a top-shelf espresso-tequila cocktail in the same vicinity as Toronto celebrities Kardinal Offishall and Real Housewife Joan Kelley Walker. 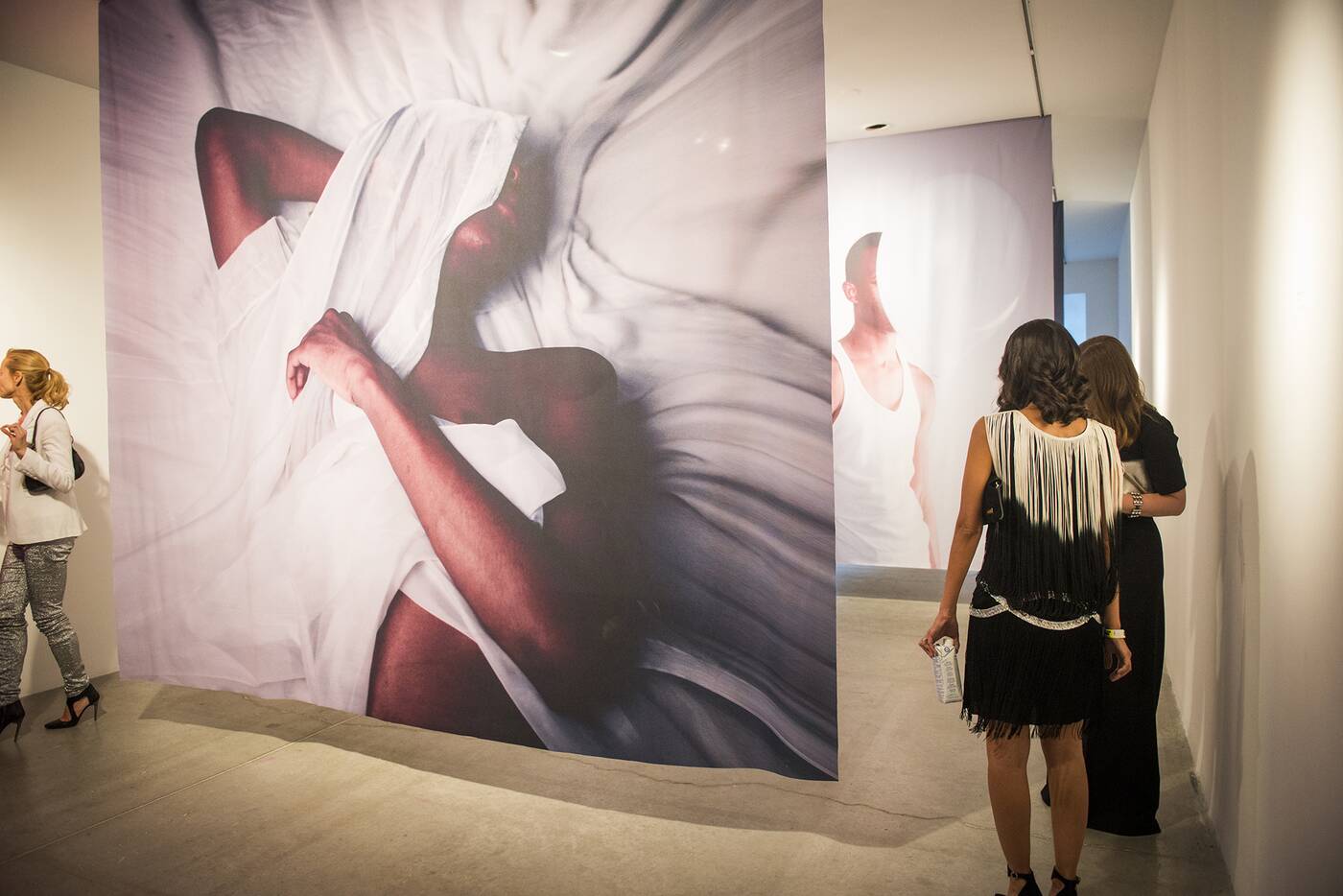 More art at the Power Ball. Photo by Hector Vasquez.

As I left to go home and write this article for your reading pleasure, the party was still in full swing with music, food, and lots of selfies. 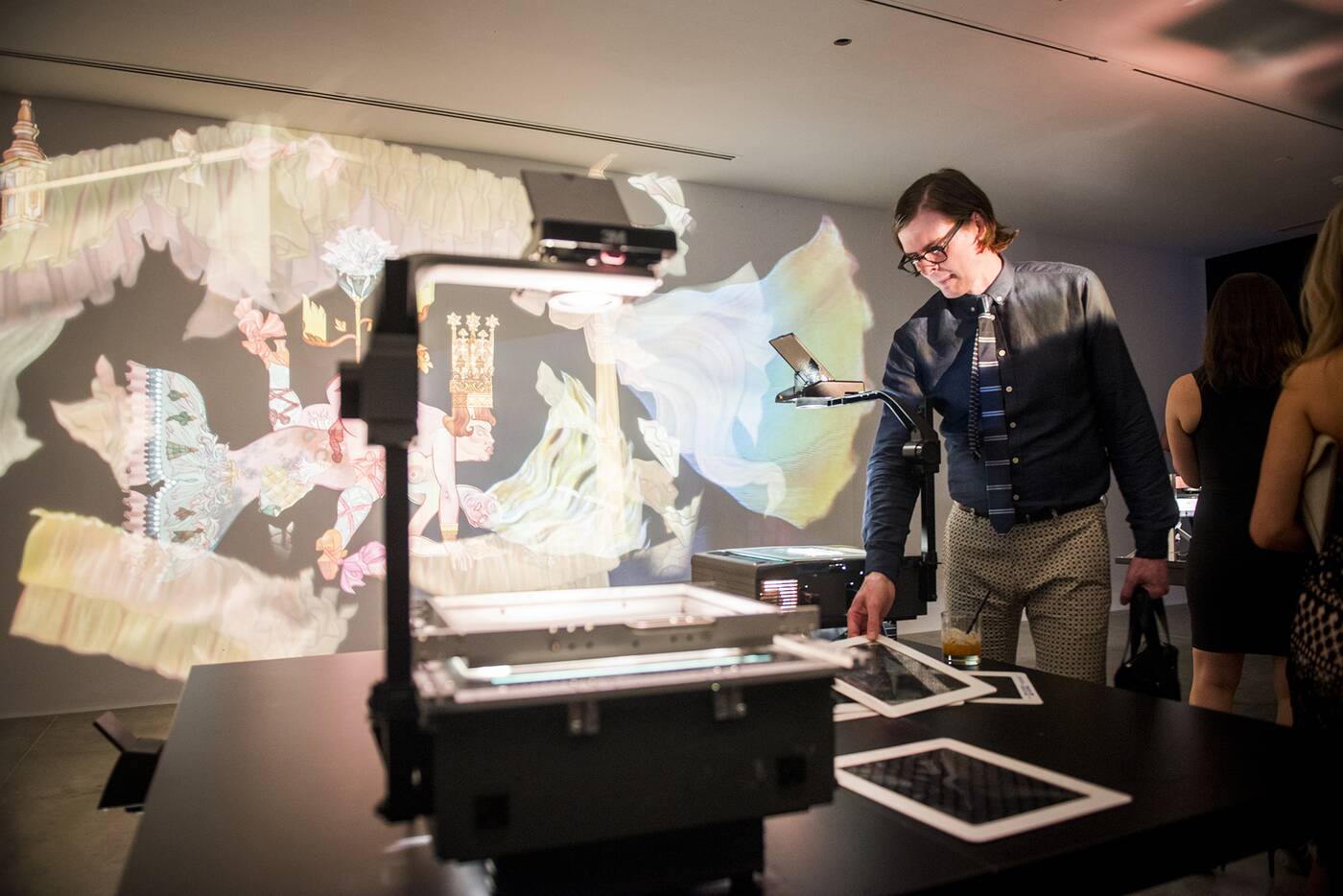 Though the art was a bit more subtle this year, Power Ball was definitely an experience worth seeing. 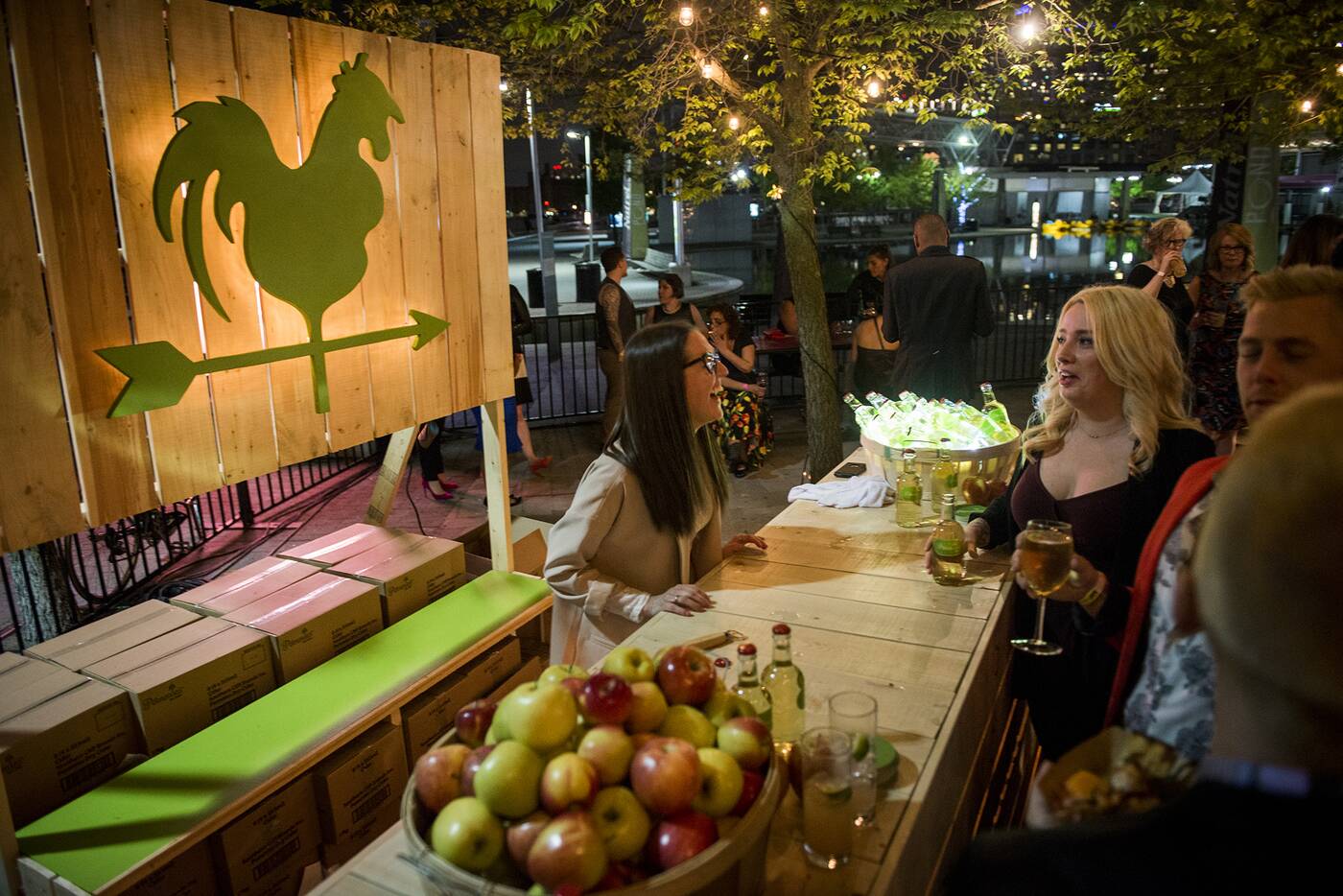 Toronto's most popular beach was just transformed into something completely different

10 museums in Toronto you can visit for free

Toronto is getting a five storey Vincent Van Gogh exhibition

This new Toronto art gallery lets you sleep inside overnight