With the rapid rate of development in Toronto over the last few decades, it's more and more difficult to find unfinished places in this city. This is mostly a good thing, but the consequence is a diminished ability to cultivate anonymity and solitude in areas that you'd still call urban. 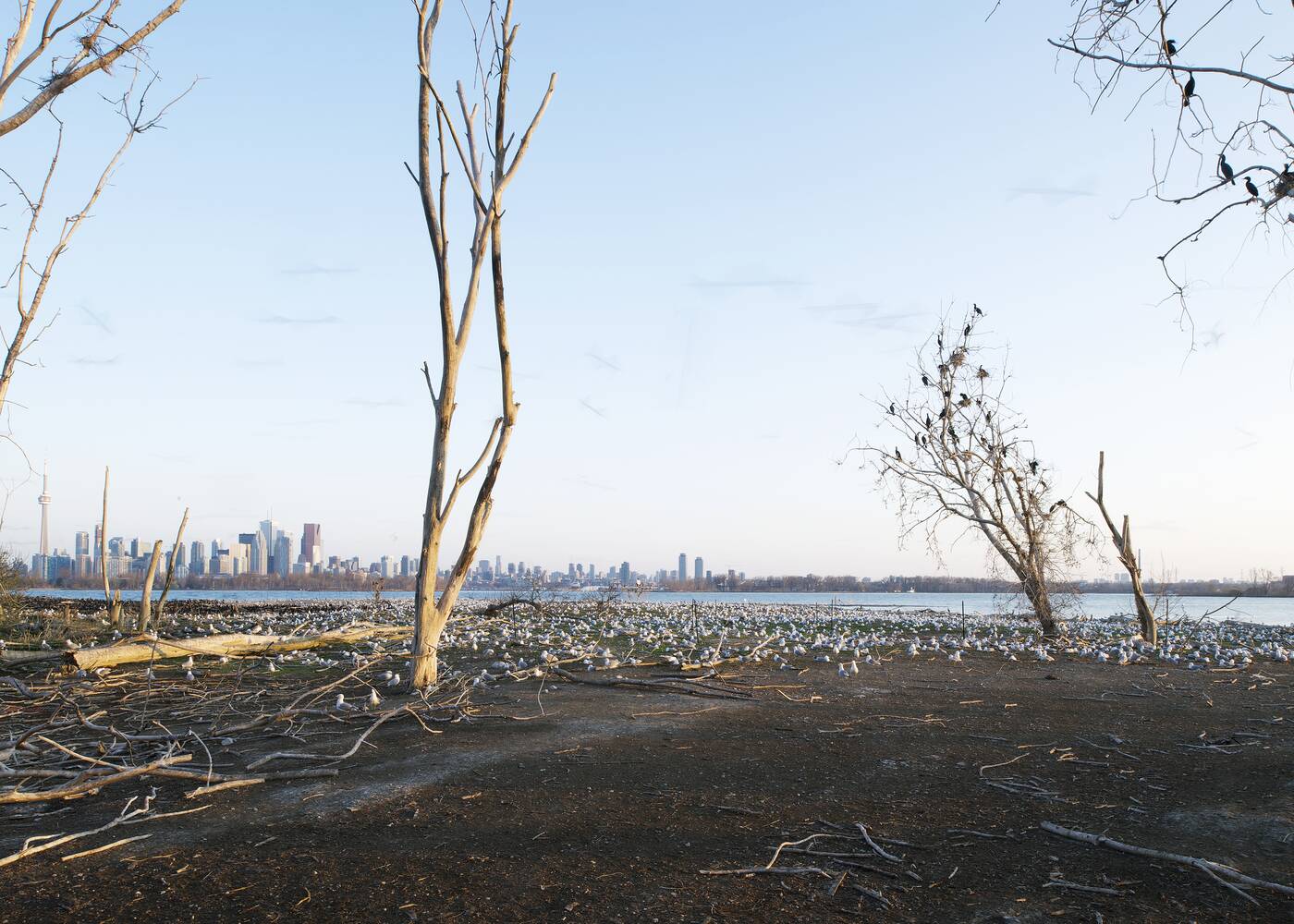 There's something incredibly edifying about being alone in an undeveloped area of a big city. This, no doubt, is why we're so drawn to the Leslie Street Spit, a glorified waste heap that eventually grew into a natural sanctuary. 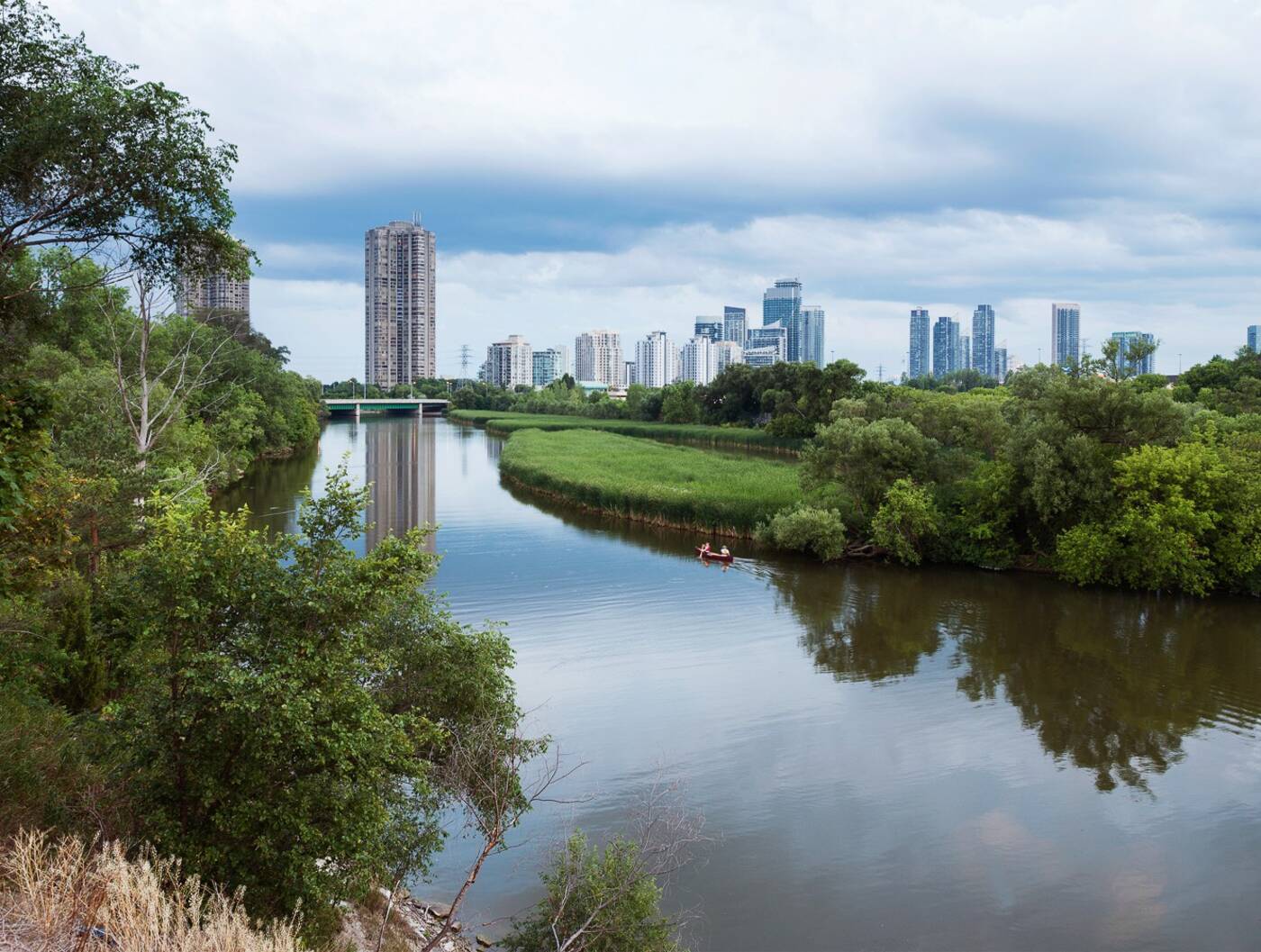 Humber Marches at the mouth of the Humber River, 2016. Photo by Robert Burley.

As our former industrial lands steadily disappear and our contemporary parks become ever more precisely planned, it's our natural parkland — ravines, rivers, and shorelines — that serve as the last bastion of undeveloped land in Toronto. 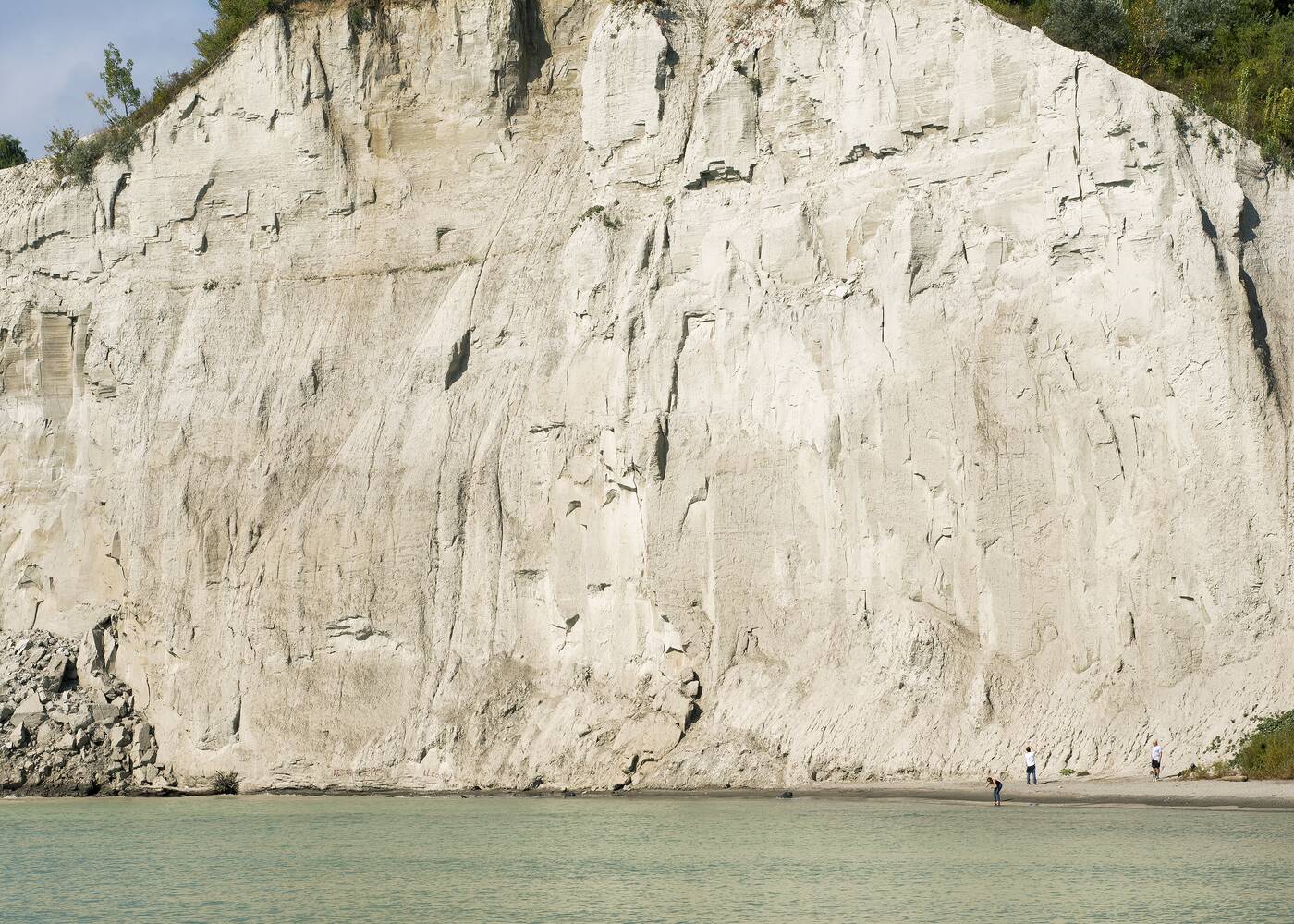 In a new book commissioned by the City of Toronto, photographer Robert Burley turns his lens on these wild areas as both a celebration of their beauty and a study of the tender social dynamics that arise when people leave city streets and explore the natural landscape that surrounds them. 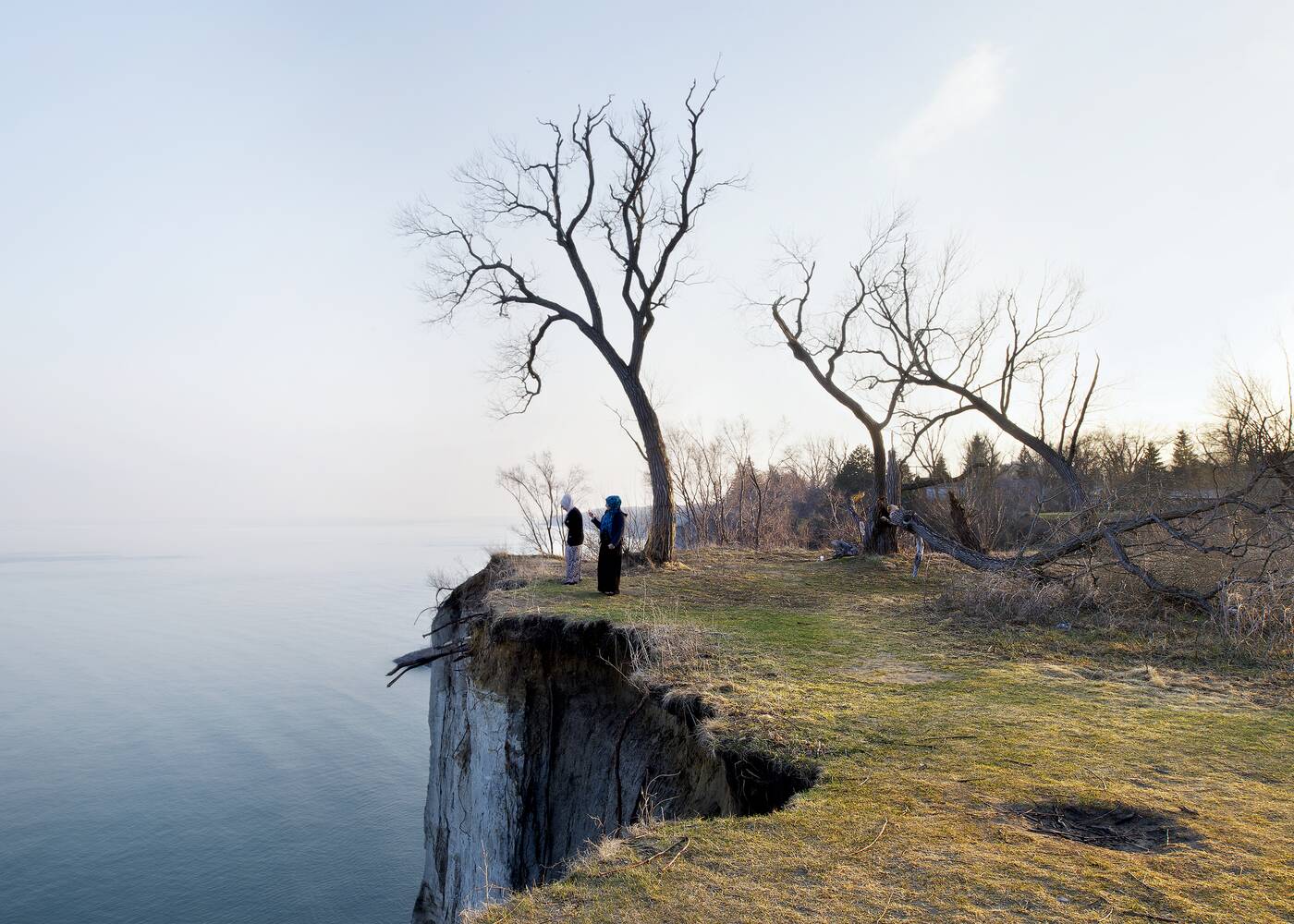 The photos that comprise An Enduring Wilderness: Toronto's Natural Parklands, which is both a book and a photo show, offer a delicate portrait of the city that we surely don't see enough, even as we're quick to offer platitudes about how lovely our ravine system is. 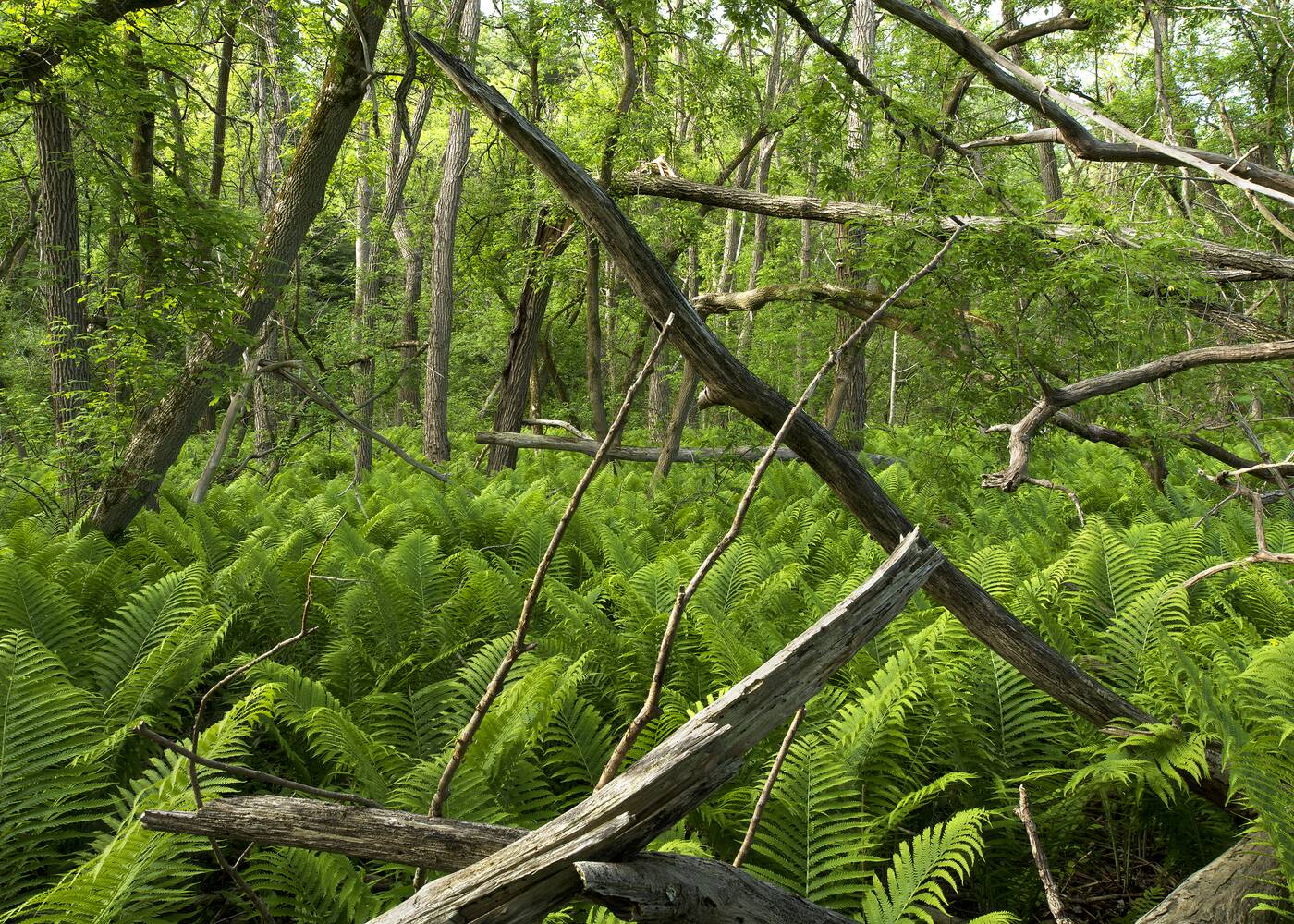 Part of the fun in flipping through its pages is trying to figure out exactly what you're looking at. On occasion the views are thoroughly disorienting; lacking context, you might think you were staring at an image depicting an Amazonian jungle rather than Rouge Park. 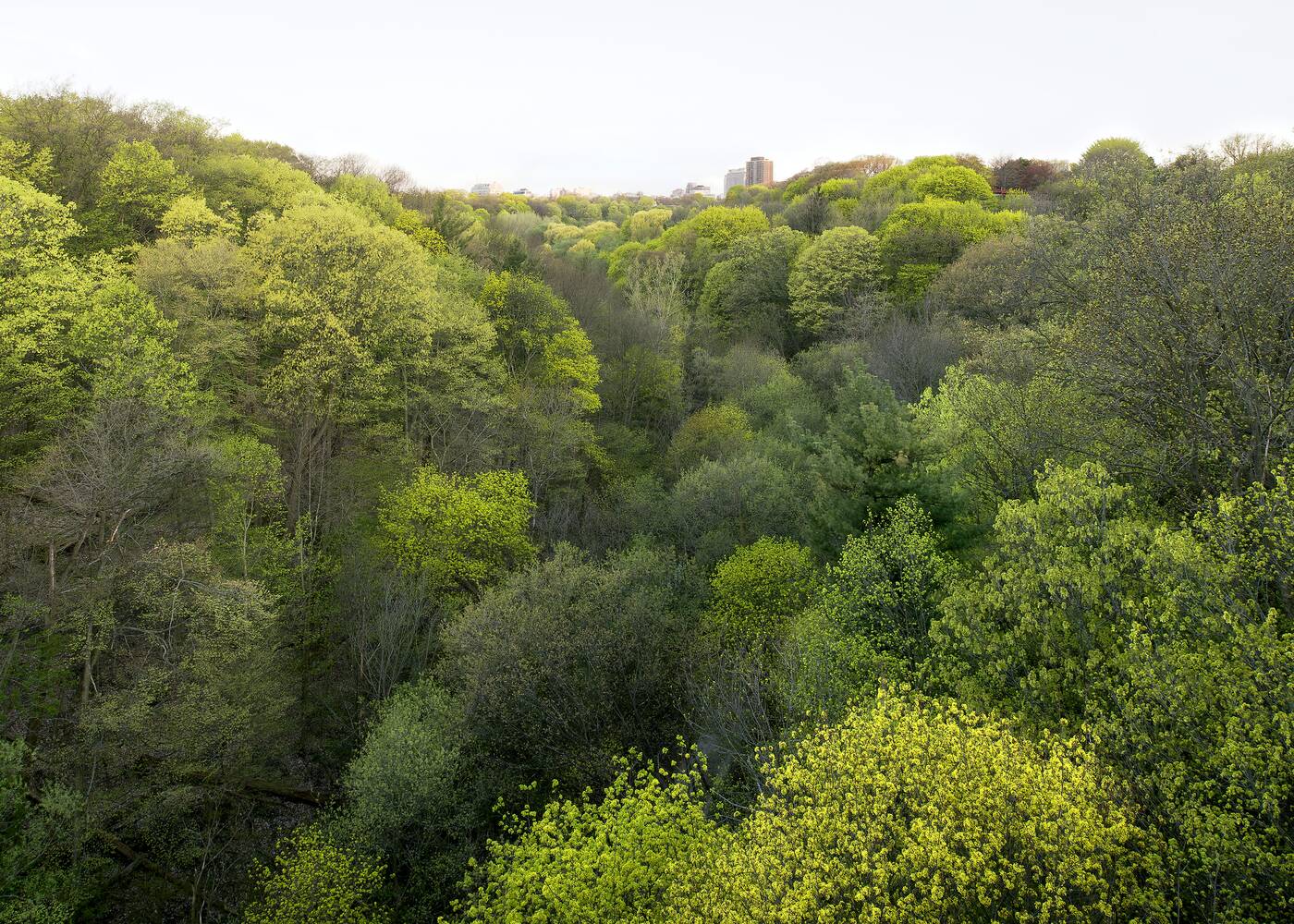 More often than not, however, tell-tale signs of the city creep into the frame. Burley isn't keen to separate Toronto's wilderness from the broadly urban environment in which it's located. On the contrary, the story here is the improbable co-existence of these two landscapes. 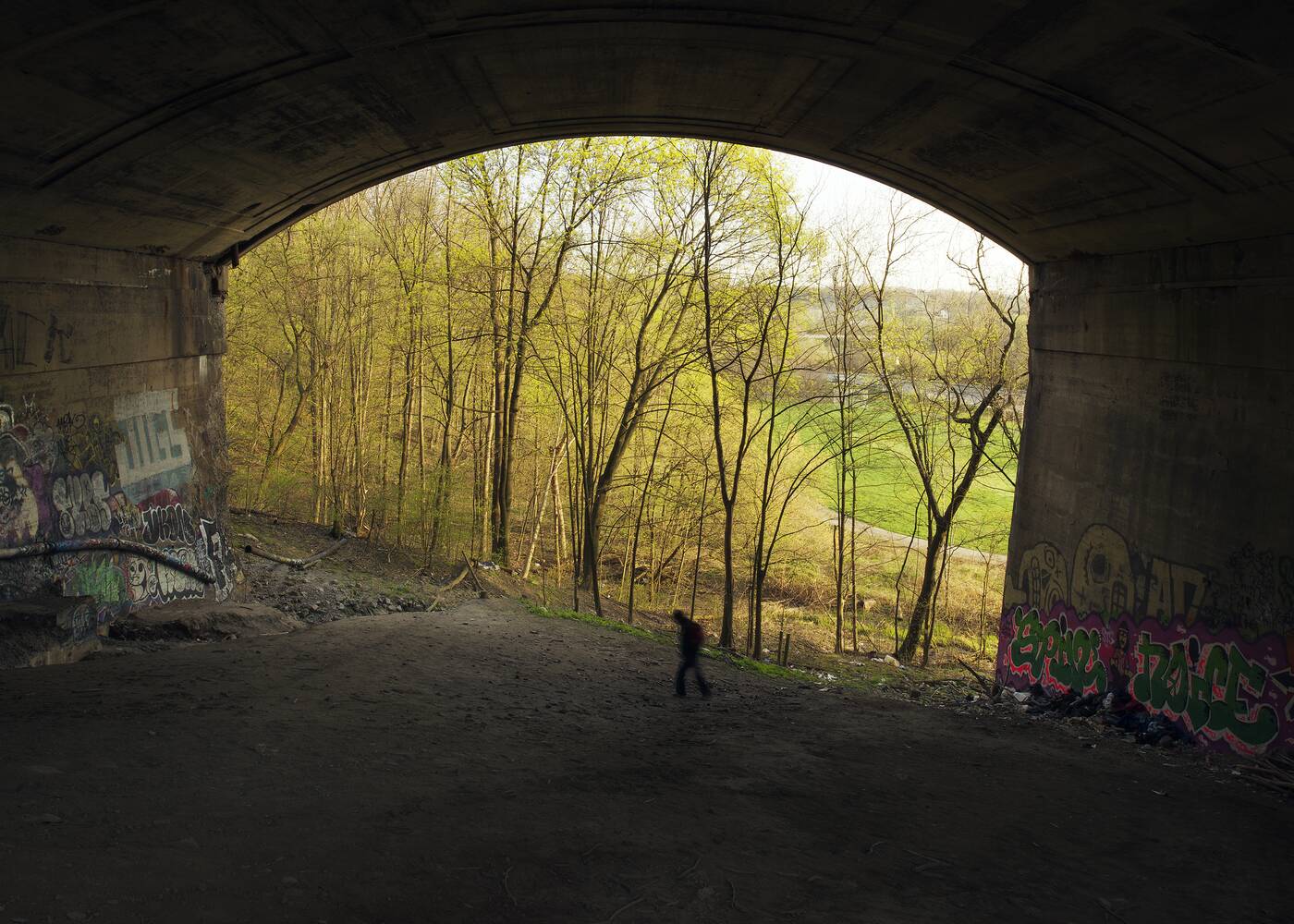 For me, the truly magical photos are the ones that capture the city's interstitial spaces where nature and urban infrastructure collide — graffiti-strewn bridge supports, off-camber trails in the shadows of apartment buildings, and the concrete banks of re-routed rivers. 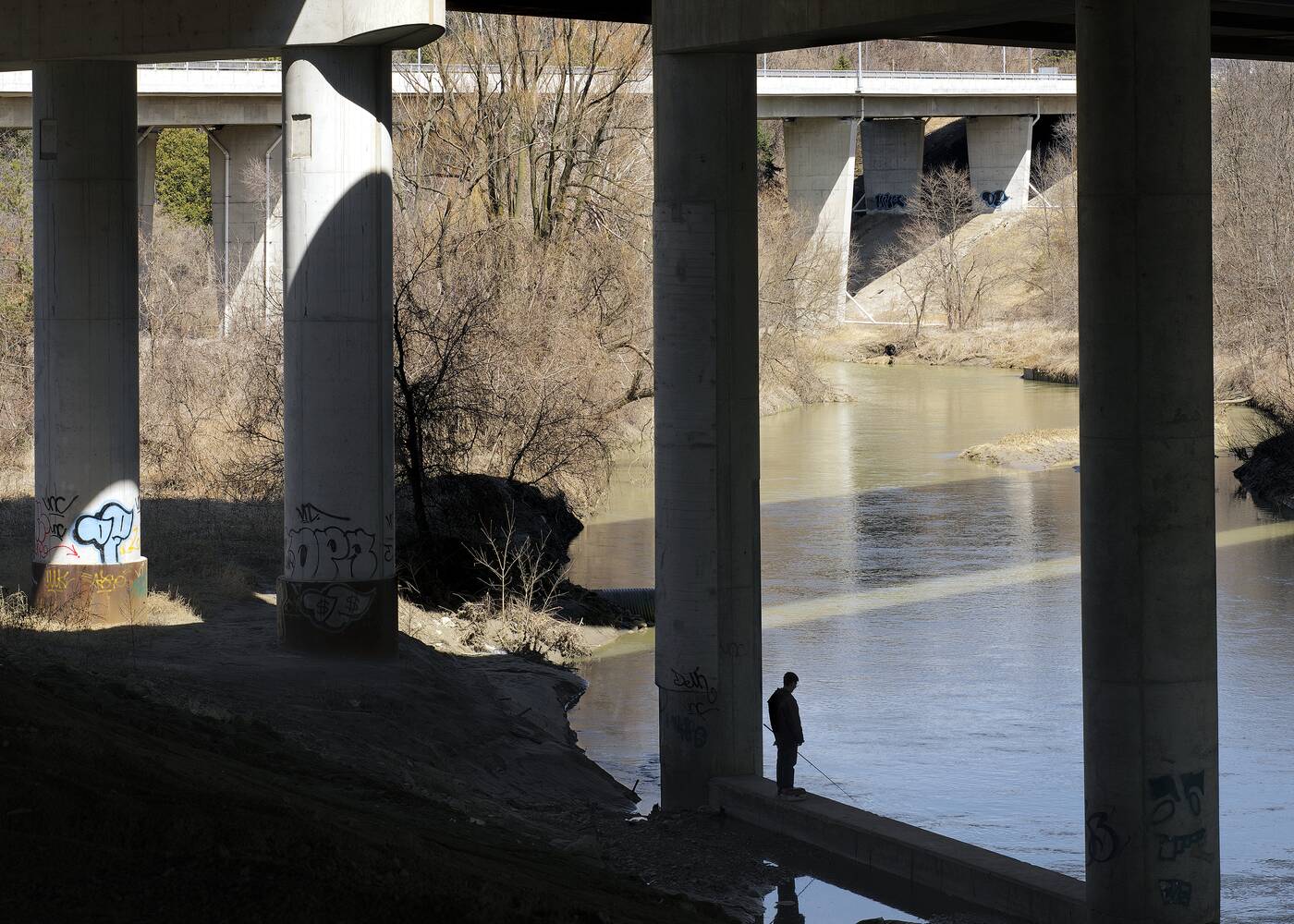 These are the places where people often turn up in Burley's photos of Toronto parkland, solitary figures exploring a landscape that dwarfs them. What's so different about this urban wilderness than our manicured parks is that it's so sparsely populated. 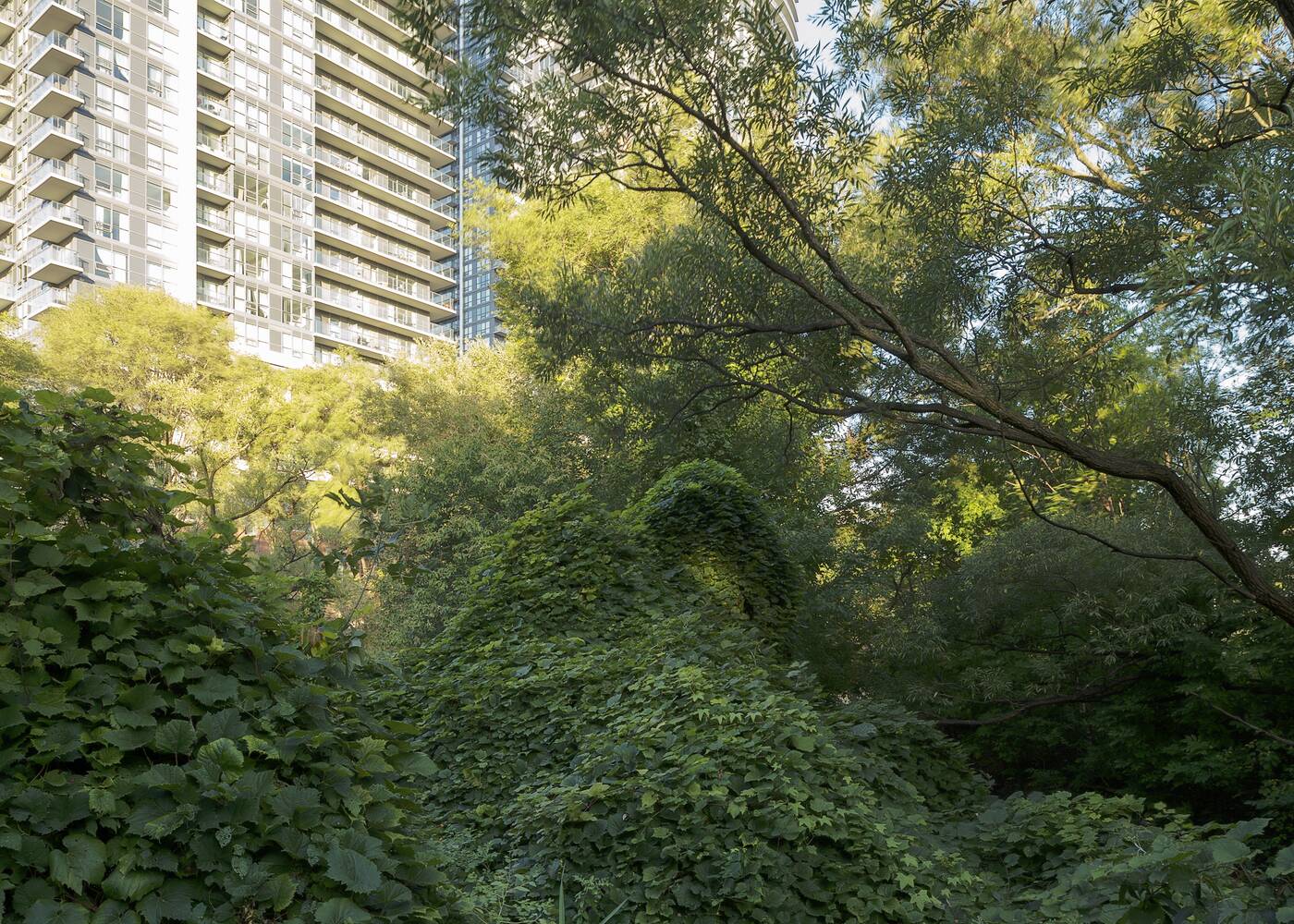 Surrounded by millions of people, you can somehow be alone here. Toronto's ravines are very much forgotten places, both within and apart from the city the majority of us experience everyday. 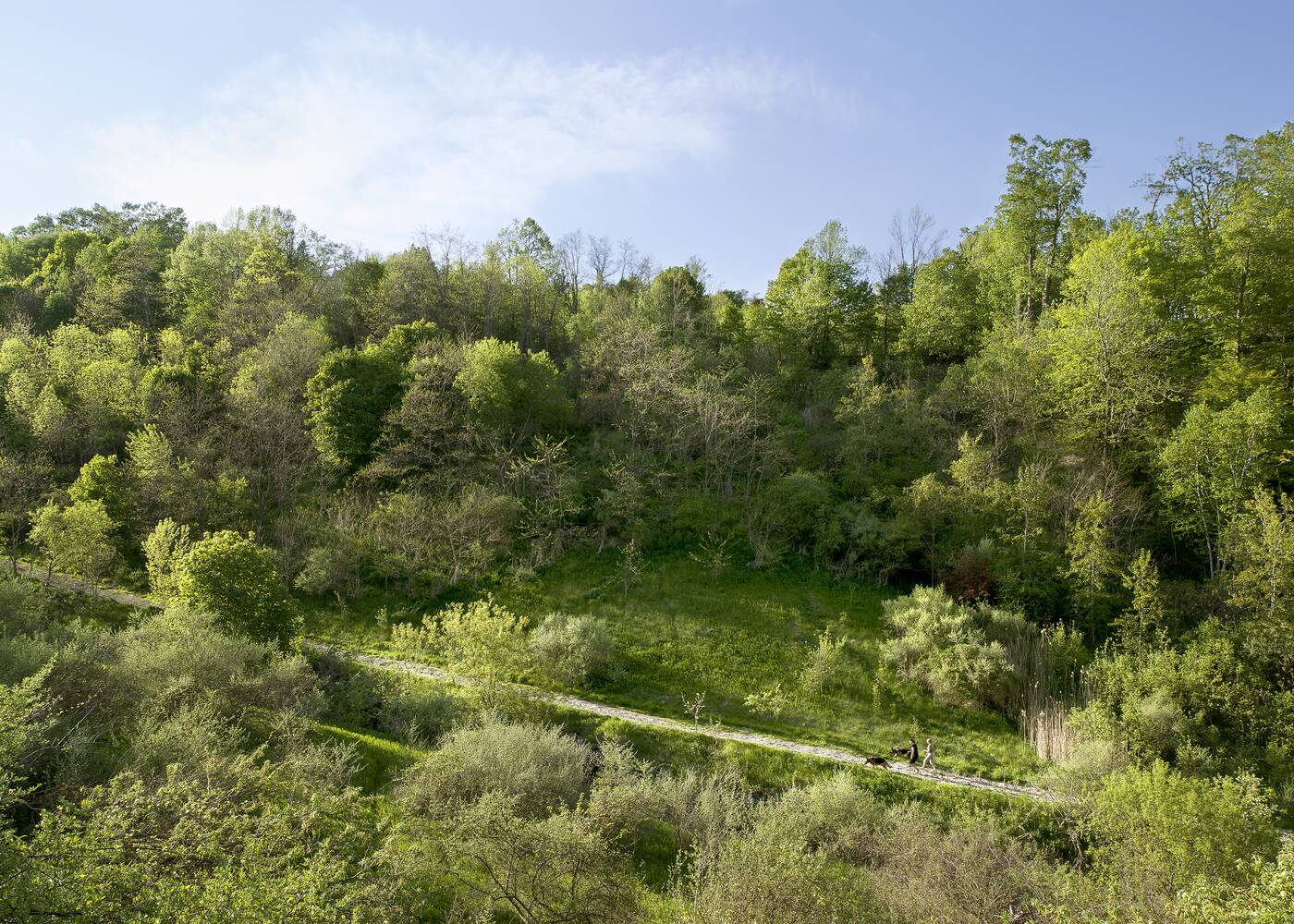 "The parklands were not designed or constructed for a greater public good but rather are landscape remnants of pre-settlement times that have stubbornly refused to conform to urban development," writes Burley. 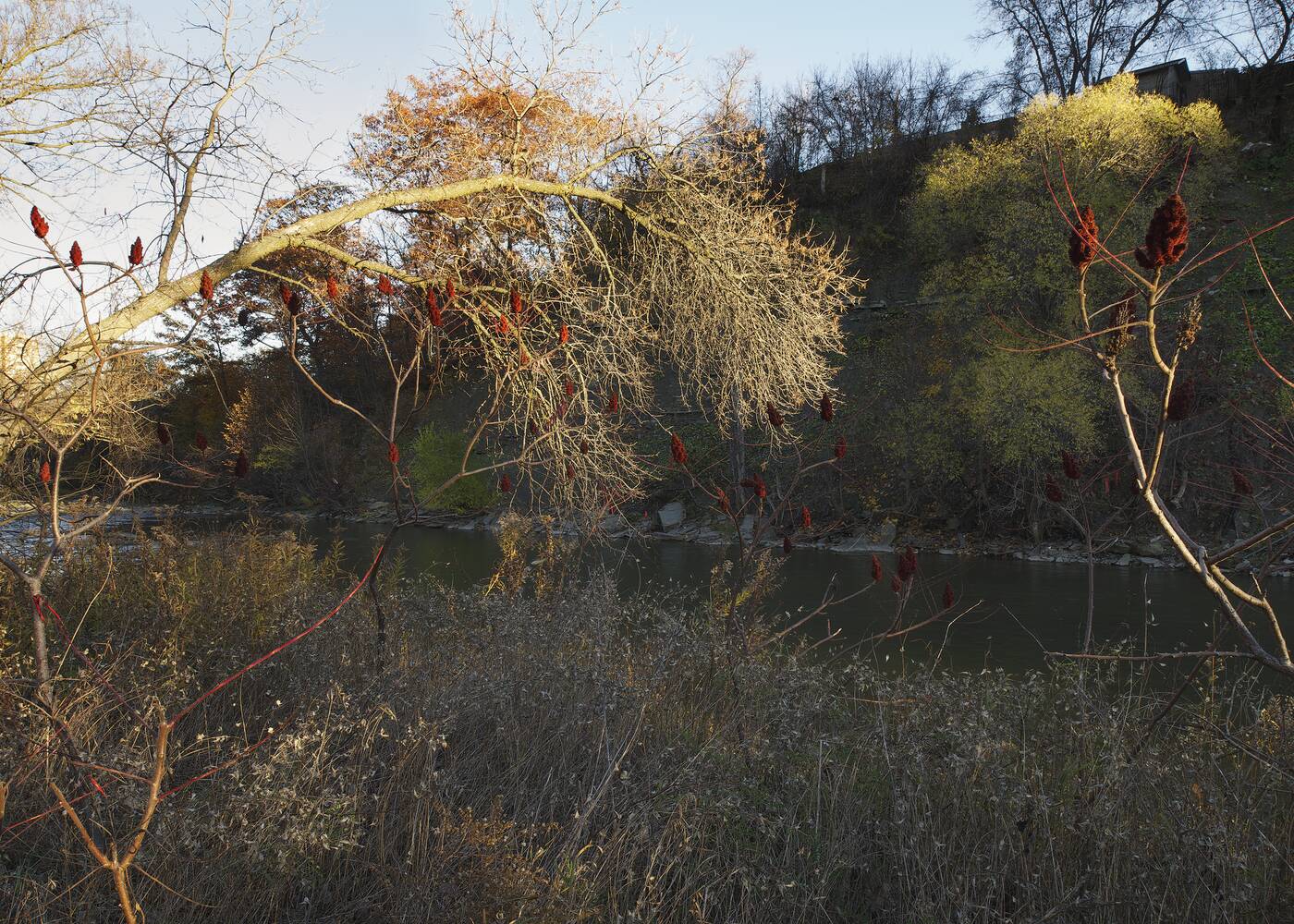 Arising around flood plains, these are spaces "left over after planning," where not much has changed even as the city has exploded around them. They're messy, unpredictable, and often stunningly beautiful.

These are places to lose yourself for a while in service of being found.