Artist Mathew Borrett is no stranger to Toronto's parallel universe, a place where nature has taken over after some sort of imaginary apocalyptic event.

Borrett's images of Toronto have captured the imagination of many, but his latest pieces are really turning heads.

Hypnagogic City is the follow up to his previous series Future Toronto? and shows City Hall and the surrounding area in an eerie, dream-like state of decay. You can check out close-up details via Borrett's Twitter. 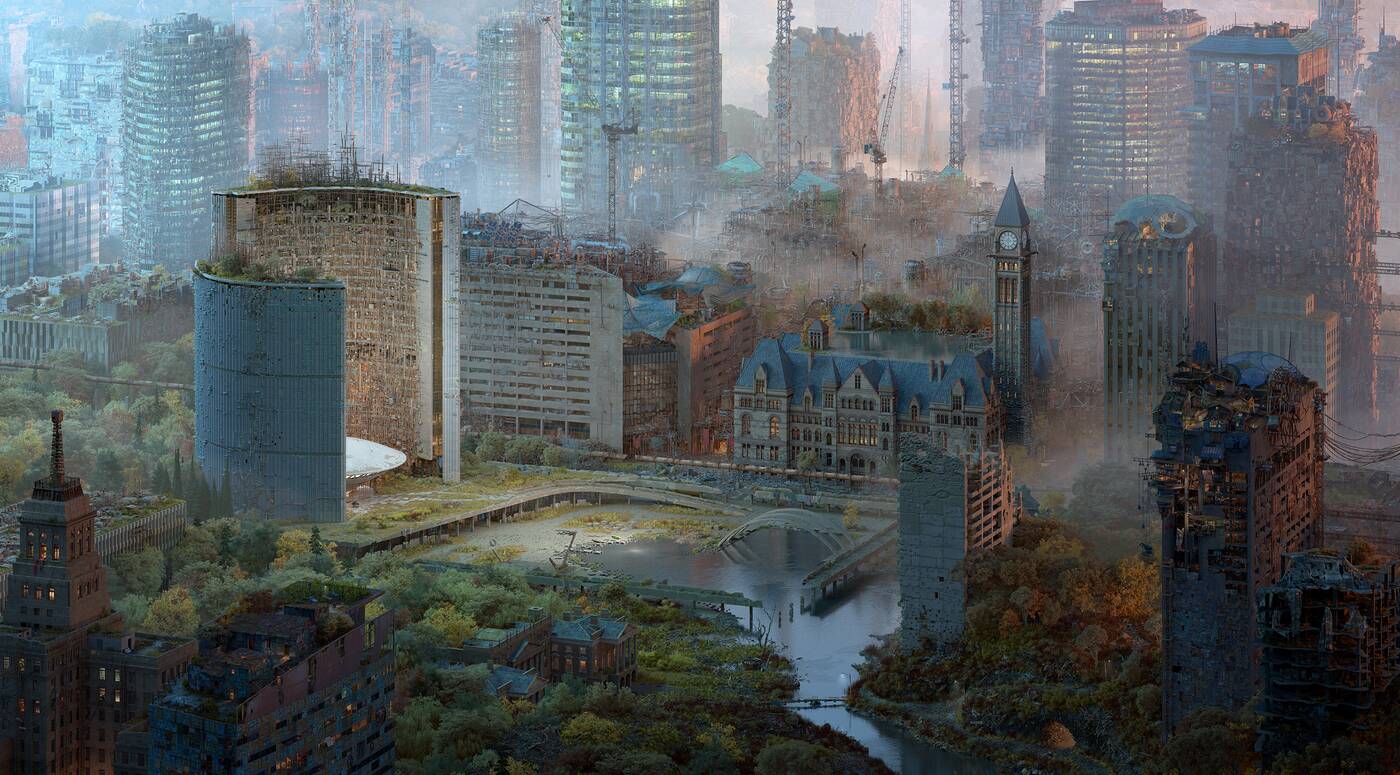 "I find it really engaging to imagine a present day place I know so well and applying long term time scales to it," says Borrett.

"It's not meant to be a plausible scenario even though it's vividly realized. I didn't spend a lot of time dwelling on what I was doing... I was just trying to have fun." 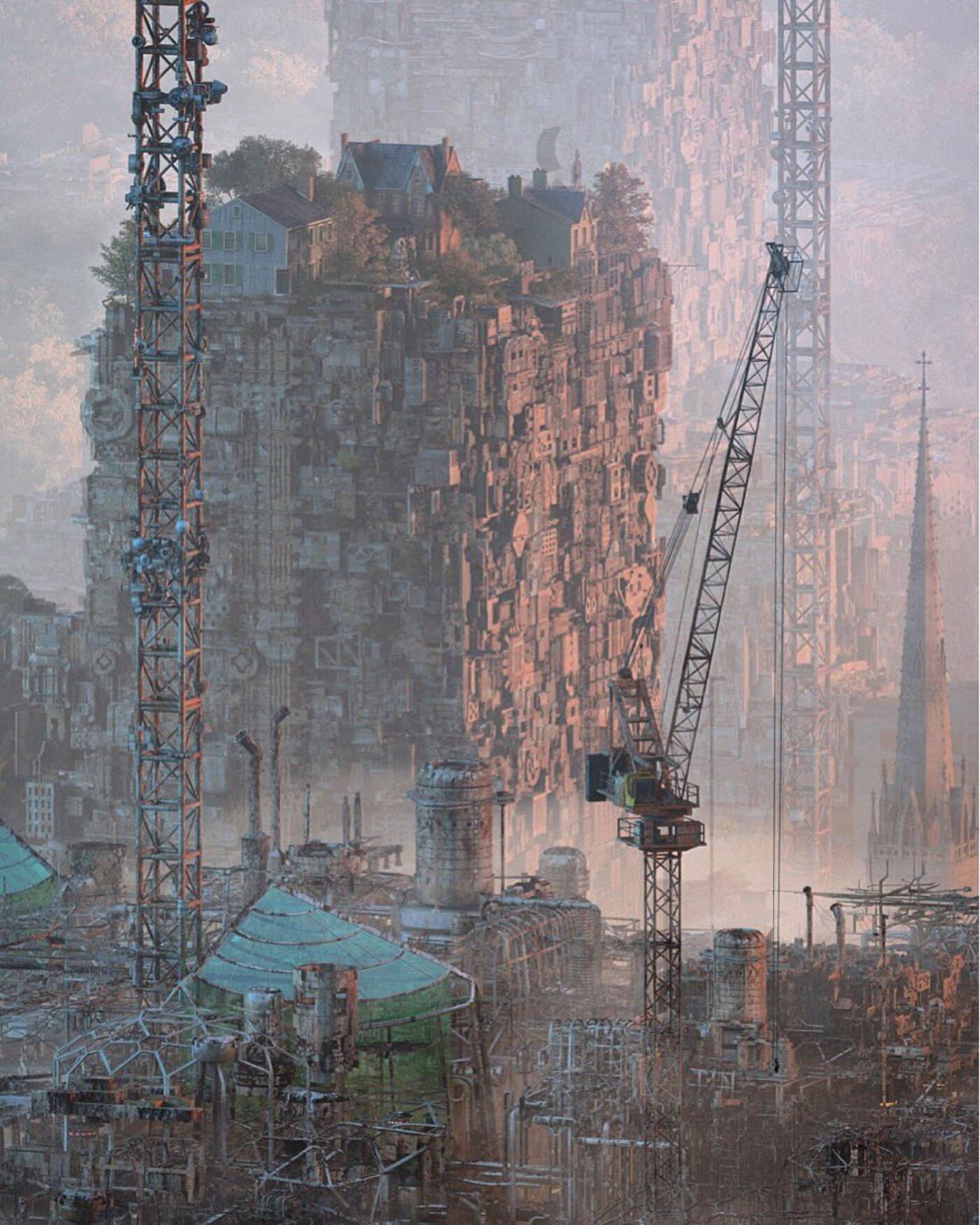 Borrett spent almost three months creating the piece, which measures 39 by 72 inches. He made it using a publicly available 3D digital model of Toronto.

Hypnagogic City and Hypnagogic City #2 (created exclusively for this show) as well as Future Toronto? are on display at the Red Head Gallery until March 25.