Very few book stores in the world have been fought off widespread hate, battled censorship at the Supreme Court, and acted as home base for an entire community of people. Toronto's Glad Day bookshop has, which is why it's even more special that it's not only Toronto's oldest bookstore, but the world's oldest LGBT bookstore.

Glad Day took the title after New York's Oscar Wilde bookstore closed in 2009 because of low sales and high rent. That shop opened in 1967.

Glad Day was opened in 1970 by Jearld Moldenhauer out of his home in the Annex. The residential space also doubled as the office for The Body Politic, a gay and lesbian political paper, which eventually morphed into Xtra and then to the now online-only DailyXtra.com.

After folks moved in and out of the home, Moldenhauer and a group men bought a place in Cabbagetown at 138 Seaton Street and operated the shop out of there. 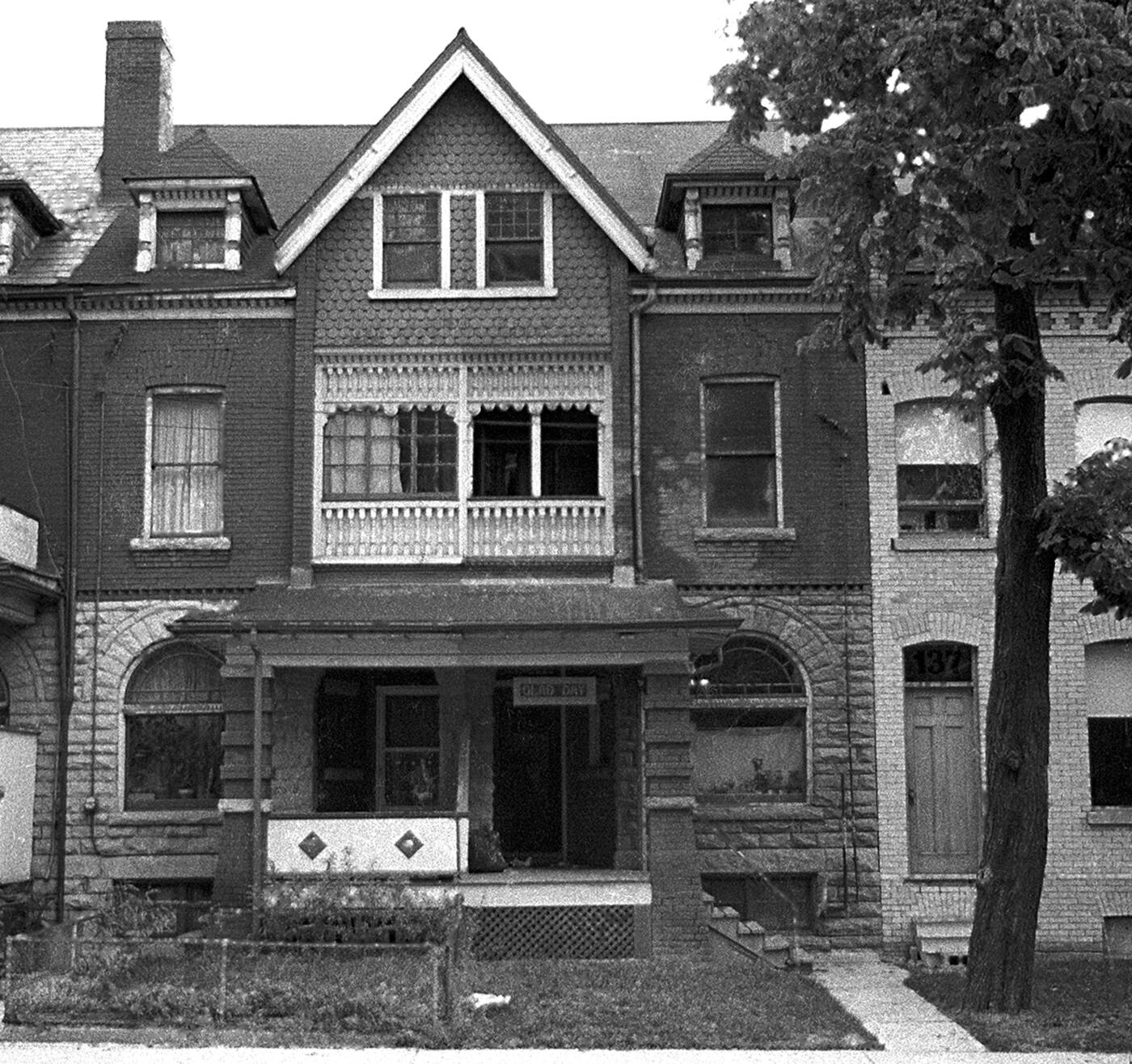 138 Seaton, home of the first Glad Day in the Annex. Photo by Jearld Moldenhauer.

It was a time when a gay and lesbian bookstore could exist out of someone's living room and word spread wide enough for the city's queer population to know exactly where to go â all very much on the down low and in fear of violence.

But, the group eventually bravely decided to move out into the public. The store's first space was at the northeast corner of Yonge and Collier streets. 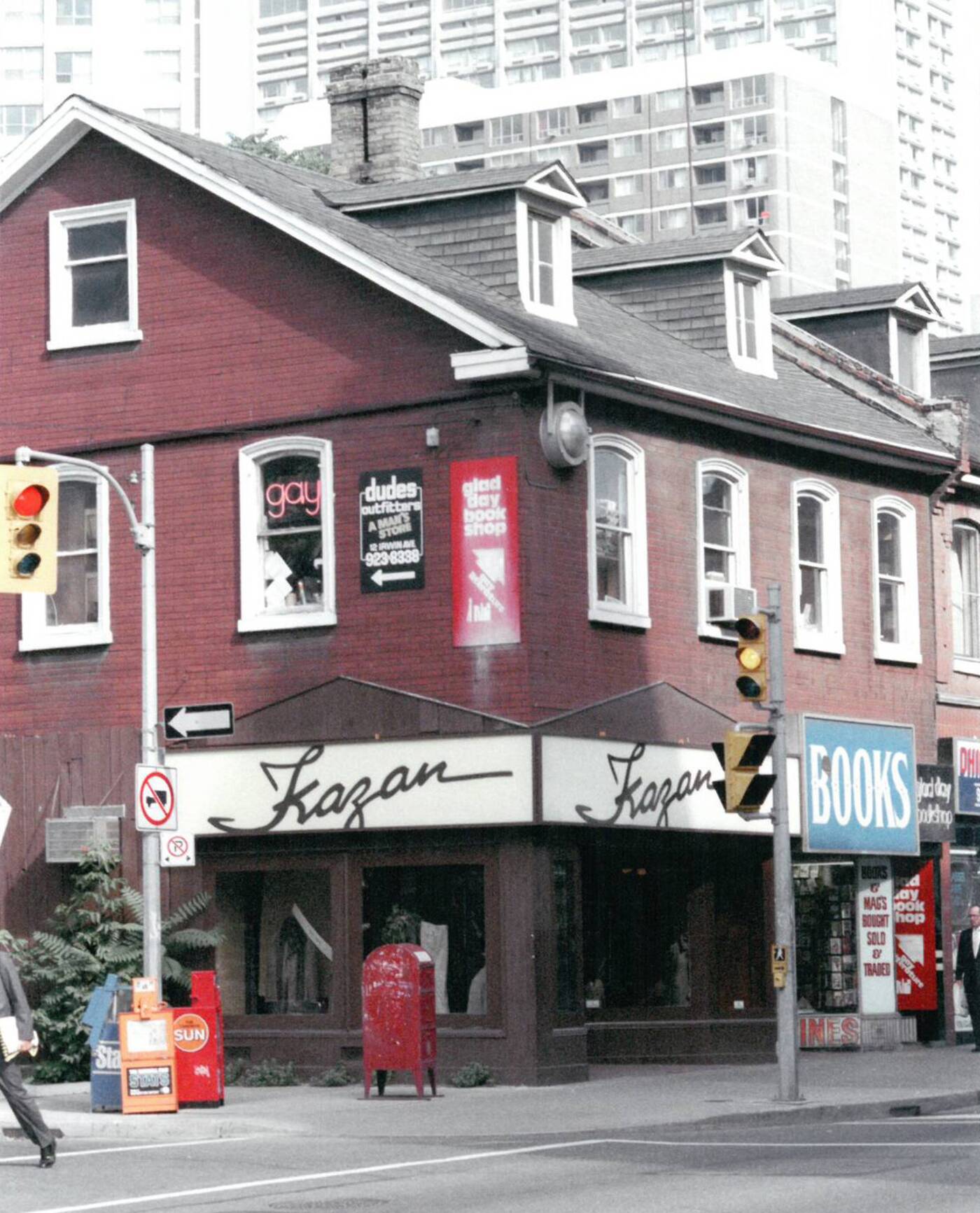 648A Yonge was Glad Day's second commercial space. Photo by Jearld Moldenhauer from the CLGA collection.

As momentum built, Glad Day moved down the street to 598A Yonge St. in 1981, where they remained until 2016. Still a pretty hidden space, customers had to march up a steep set of stairs to get to the second floor store packed contemporary and classic LGBT literature, magazines and videos.

It was, for much of Toronto's history, the only place to find this kind of thing. 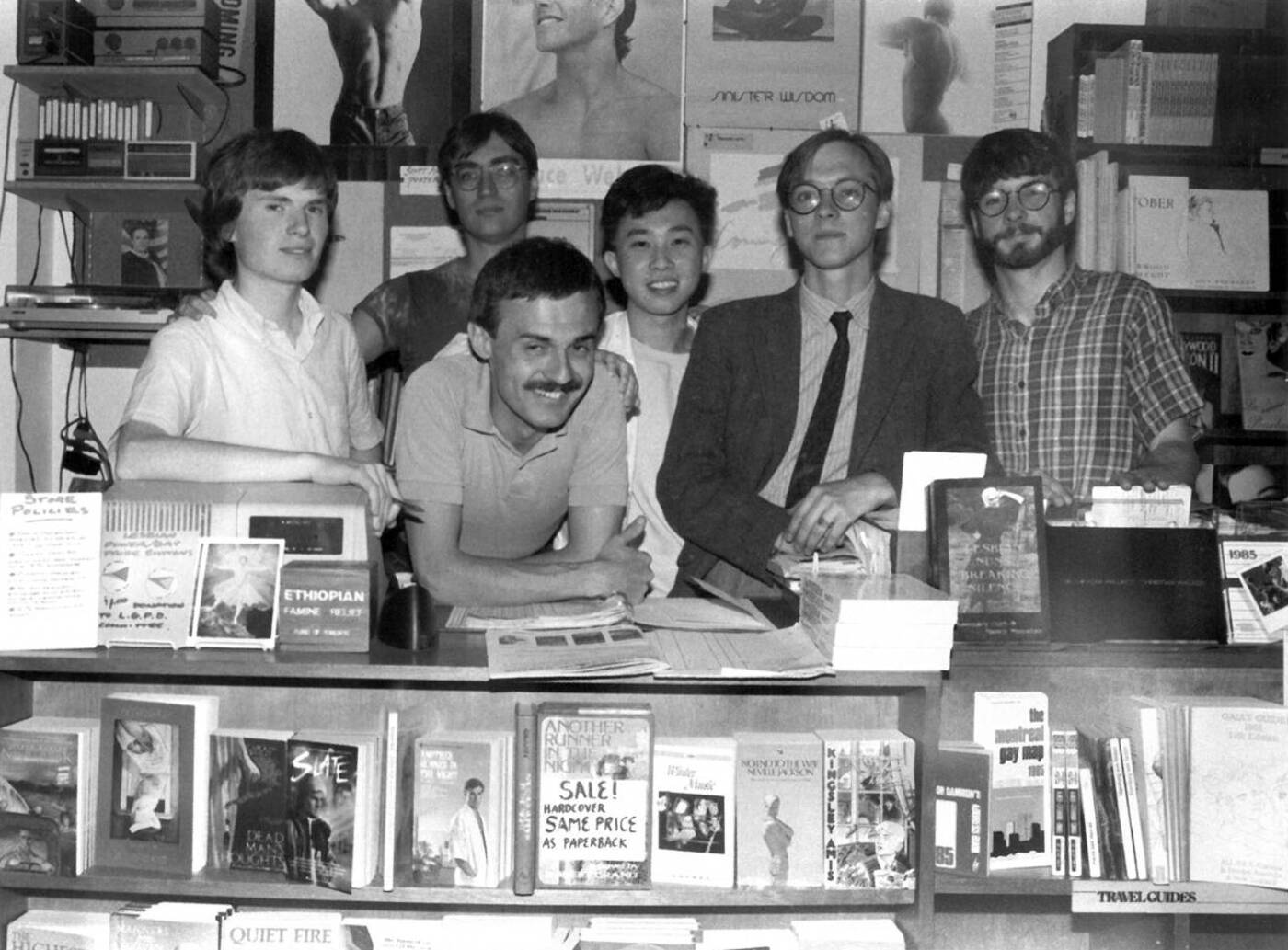 It was a marathon of peaks and valleys during this time. "I admire the courage of everybody who ever climbed those steps," Glad Day manager Scott Dagostino says. "You [didn't] know whatâs at the top of those stairs, but they did it."

For decades the store's stock was constantly stopped at the Canadian border and inspected. "We opened a box once that arrived in 1995 that was called Best American Gay Short Stories edited by Amistad Moffat. It had been opened already by Canada Customs," Dagostino recalls. 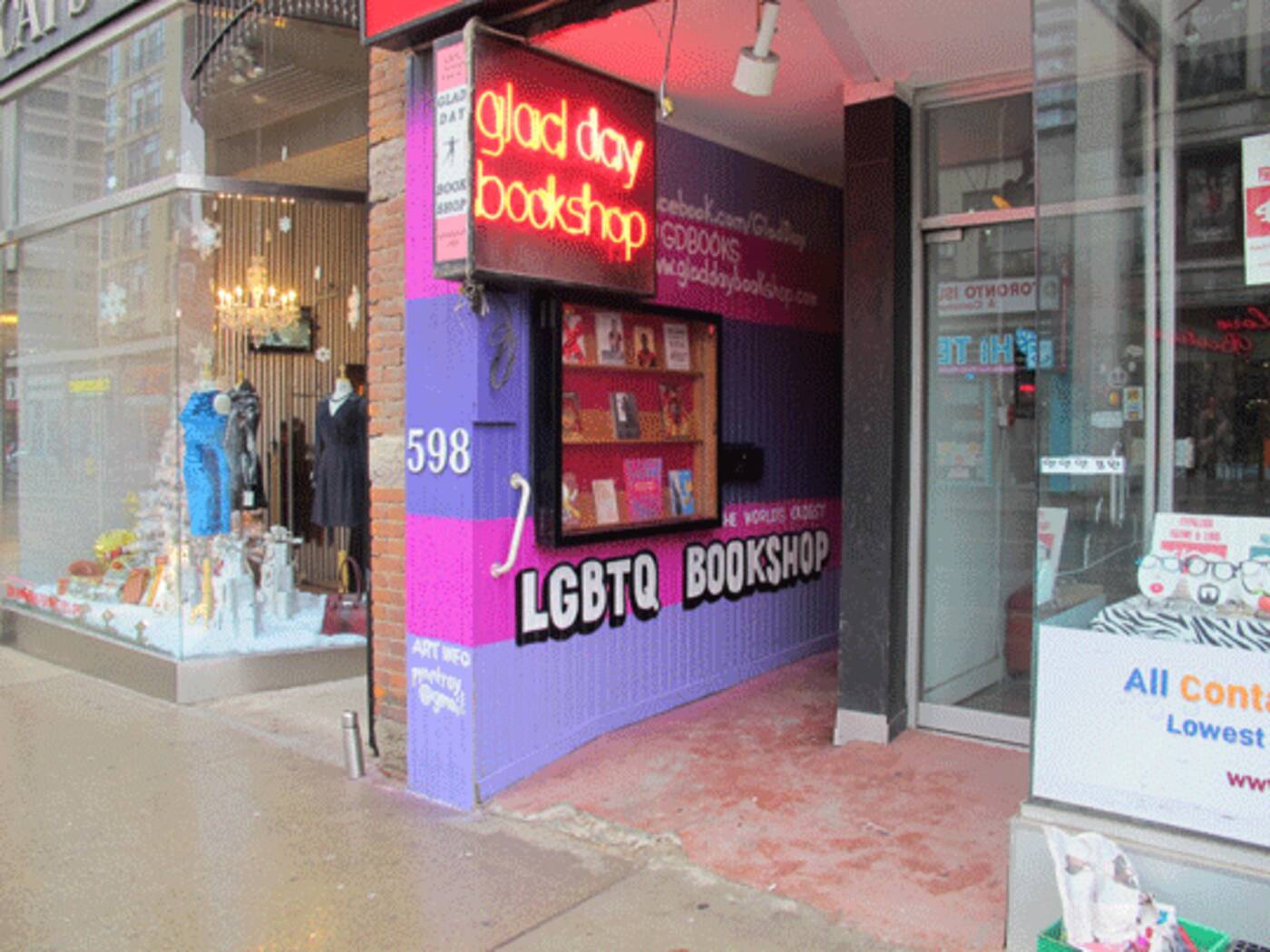 The problem with Canada Customs was also happening to Vancouver's Little Sisters bookshop, which came to a head with a Supreme Court of Canada case.

Glad Day fought its own censorship battles with the Ontario Superior Court of Justice after being fined for selling pornography, winning a landmark case in 2003.

It wasn't always drama and bad news, though. The Yonge street shop provided a haven and meeting place for Toronto's LGBT community throughout this time, and again in 1995 something revolutionary happened.

Olympian Greg Louganis released his biography called Breaking The Surface in which he revealed he was HIV positive. "That was the first gay book to make it to the New York Times Bestseller list," says Dagostino. "It was a $30 hardback, and we were selling cartons of it." 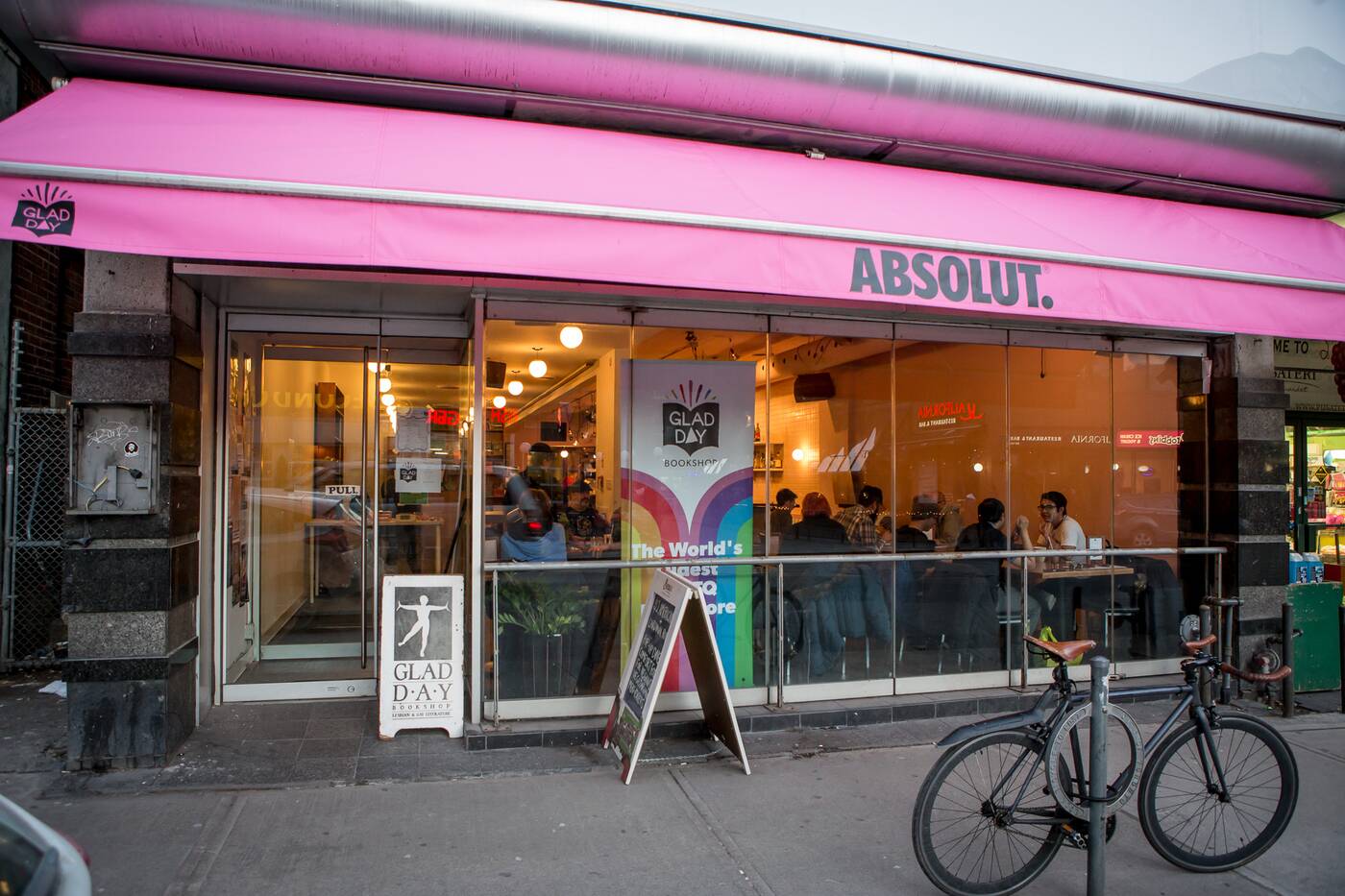 499 Church Street, home to Glad Day's new home, which is also a coffee shop and bar. Photo by Jesse Milns.

Through the years and battles of Toronto's LGBT community, Glad Day persisted and survived. The store was purchased by a collective of 22 community members to save it from going under in 2011, and it's since moved to its new home 499 Church Street in the Village.

"Glad Day was a protected space, literally a space where you had to know where it was and fight to get into," Dagostino says. But the new space is reflective of the community's status in Toronto today. It's finally on street level, completely accessible, bright and welcoming.

"Now the new space requires no courage whatsoever," he says. "Glide right in, have a coffee, use the Wi-Fi and check out the literature."

These were hard-fought luxuries.