One of Toronto's most famous libraries now encased in foam

If you've passed by St. George and Harbord streets lately, you might have noticed something strange happening at the most prominent building on the corner. Robarts Library looks like it's been attacked by a colourful alien parasite that's wrapped itself around the building's exterior.

Alas, the scenario is not quite that dramatic, though the strange-looking coating the library currently touts is rather fascinating. The foam substance affixed to the facade of the building is actually designed to protect its most precious books.

The section of the giant building that's been encased by foam is the Thomas Fisher Rare Books Library, which is home to materials that date back as far as 1789 B.C. The collection of books here is essentially priceless and must be maintained with the utmost care. 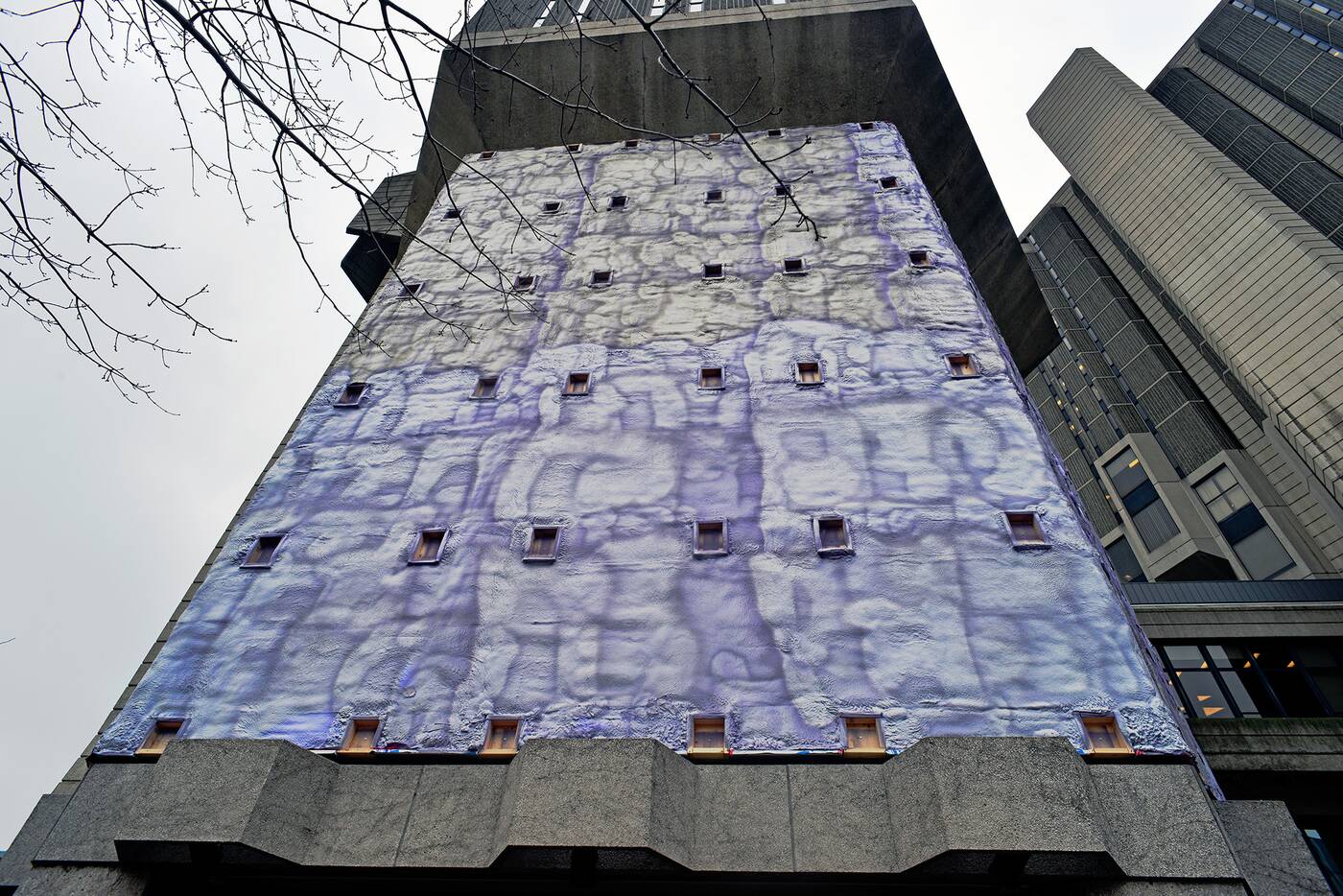 Recently moisture has put the collection at risk of damage thanks to the aging windows and insulation of the building. Protective needed to be taken to keep water away from the highly valuable books.

"The Fisher building has been experiencing condensation forming on the inside of the concrete walls," explains John Toyonaga, the manager of the library.

"For preservation reasons, the environment of the building is set at 20c and 50% relative humidity year round. When the temperature outside drops down below freezing for extended periods, the concrete building starts to cool from the outside inwards. When cold meets the warm moist air inside, condensation forms on the interior."

That might not sound like a big deal, but when you're dealing with hundreds of thousands of rare volumes, it's a major priority to maintain ideal environmental conditions. 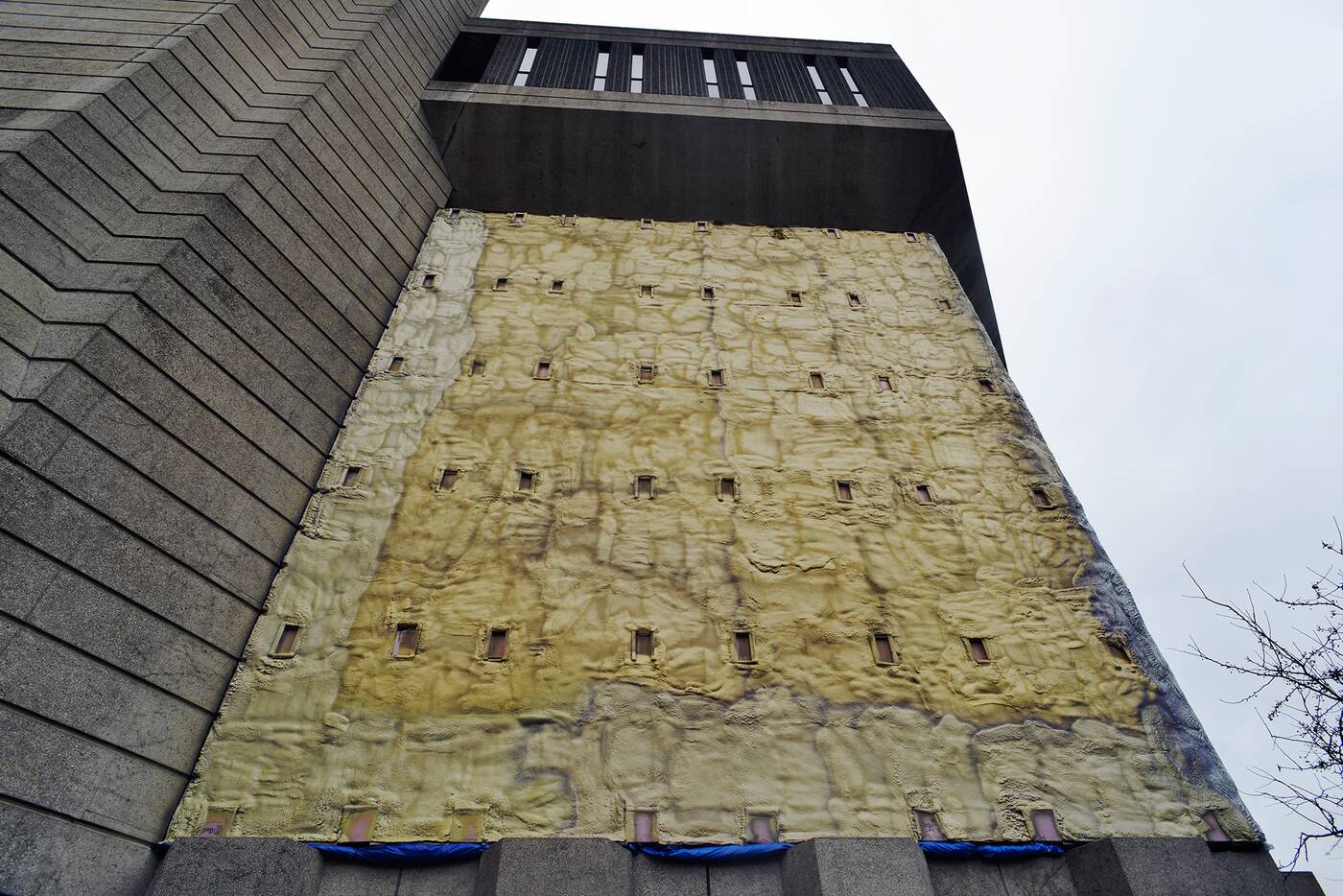 As for the multi-coloured appearance of the foam, Toyonaga notes that "companies dye their spray foam (ours is purple) so that the applicator can see where the new application is going to meet the previous application."

Eventually, once the foam dries and is exposed to the sun, it will change back to its original yellow. It's certainly less intriguing to look at when it's a uniform mucus-like colour, but it won't be visible forever. Once it's been installed across the entire building, precast concrete will be mounted on top, which will blend in with the rest of Robarts.

What the rare books library was able to do with this exterior foam is to address the moisture problem without shutting down operations or moving any of the valuable books. So, no alien parasites, but a success story for an important piece of Toronto's cultural heritage.