Toronto gets an exciting new destination for live theatre

Streetcar Crowsnest is a dedicated performance space for theatre-goers east of the Don and the official home of Crow’s Theatre. The theatre company, founded in 1983, was a touring one for much of its existence, and now finally has this permanent place to call its own.

Situated on arterial Carlaw in Leslieville, the theatre has a welcoming lobby that's big but not too intimidating, industrial but warm with touches of wood. And of course, it’s a bee line from the entrance to the bar, well-stocked with local craft beer like Left Field on tap, and Hop City and Ace Hill cans. 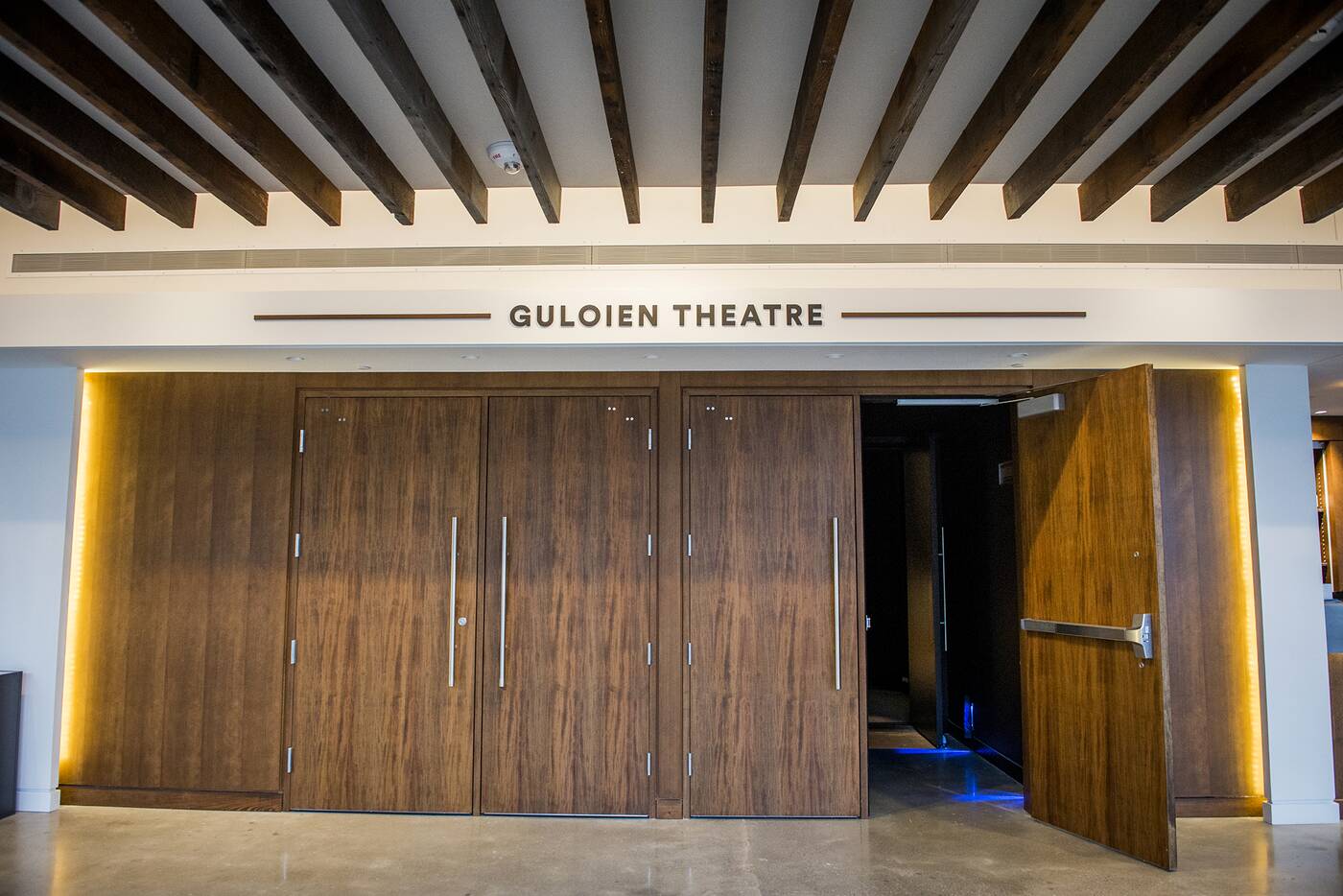 There are two theatres, the Guloien main stage and the Scotiabank community theatre off to the side. While they may share these areas with other theatre companies who need the rehearsal space, they’re already bringing in literary, music, and youth programs, and are hosting the storytelling series The Spoke. 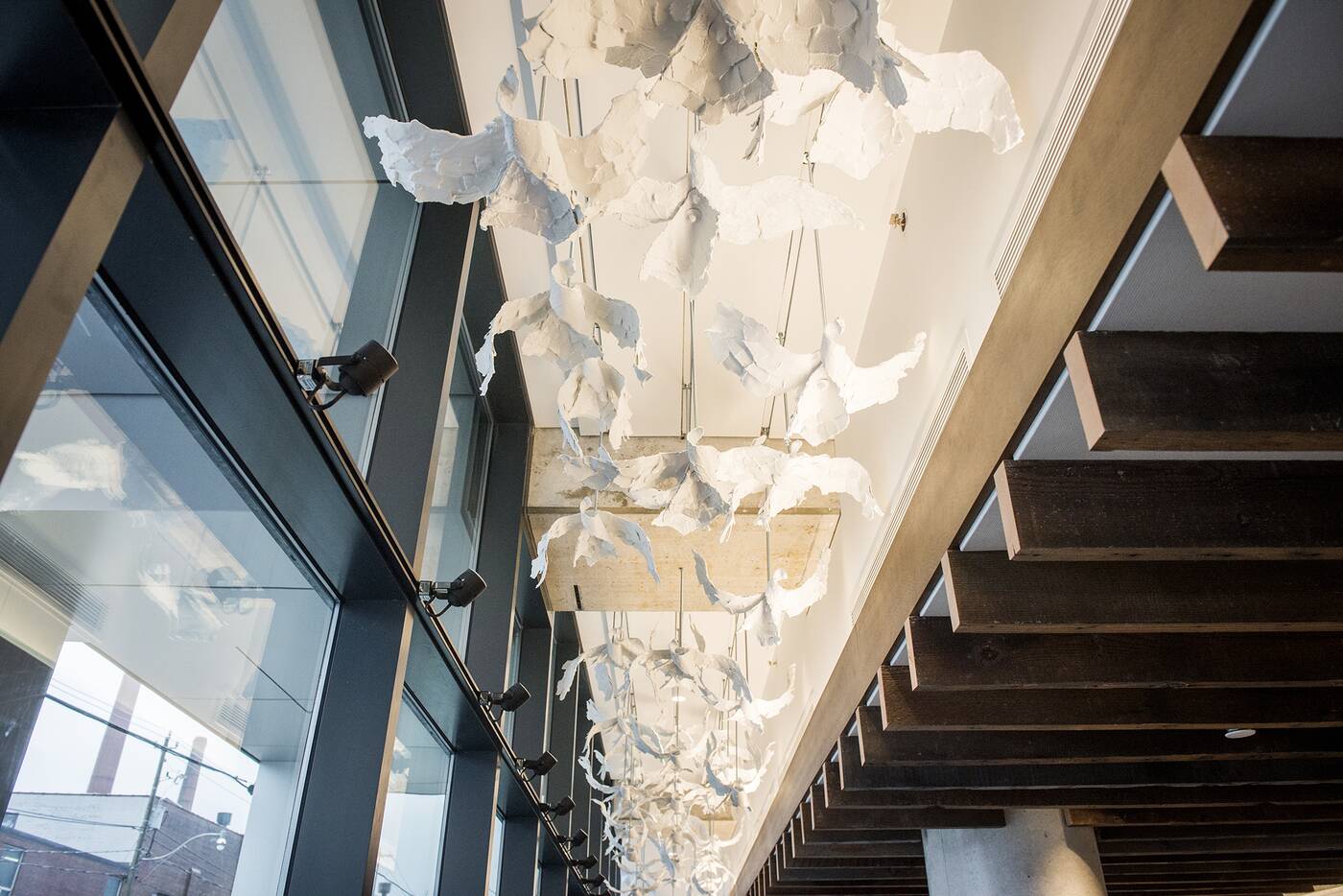 There’s also an art feature in the lobby, more eye-catching from outside. It’s a piece by local artist Jacob Yerex, dozens of messy, curving, floppy white shapes which when suspended in mid-air in a group look like a flock of birds, befitting the theme of the place. 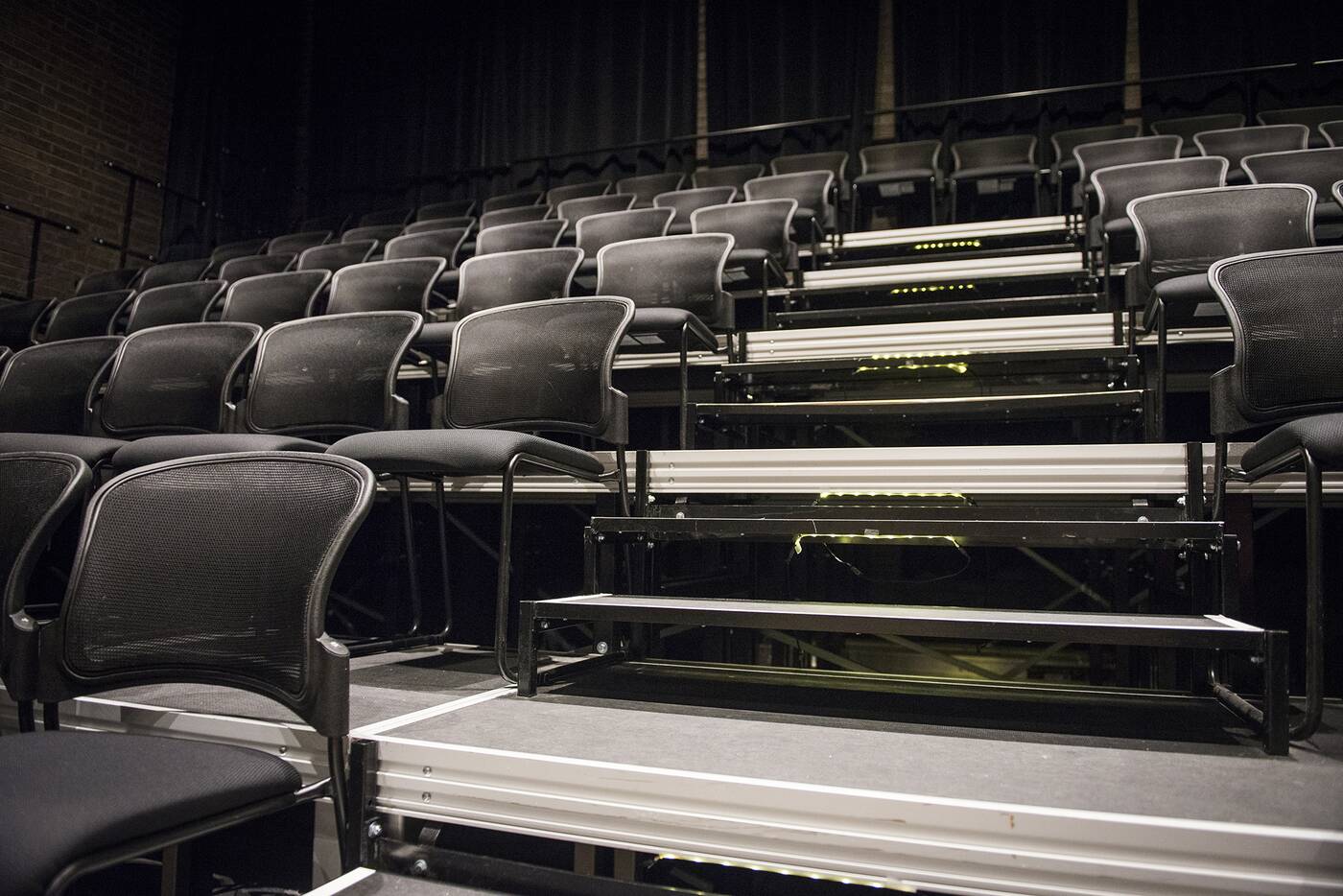 The great thing about Crowsnest is the Guloien stage is completely modular. It’s a giant black box with a 27-foot ceiling that can seat around 200, and these simple black chairs can be moved around on mobile platforms to create whatever effect best serves the content of the theatrical performance. 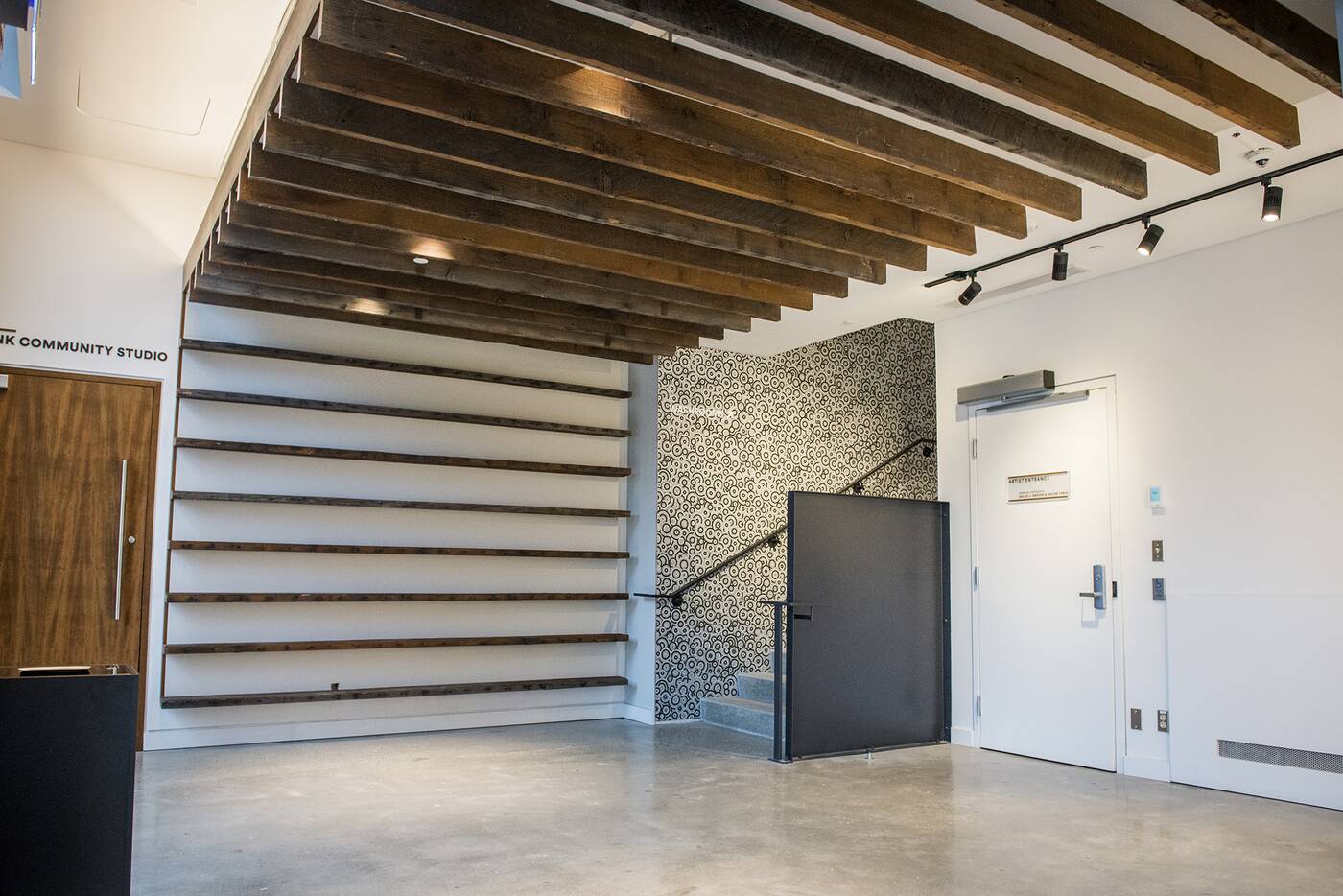 The space will also feature a restaurant called, appropriately, Gare de l’Est. The people behind Table 17 and Ascari Enoteca, John Sinopoli and Erik Joyal, will run this brasserie concept. At the bar, for every show there’ll be a custom cocktail and cocktails are actually allowed in all spaces. 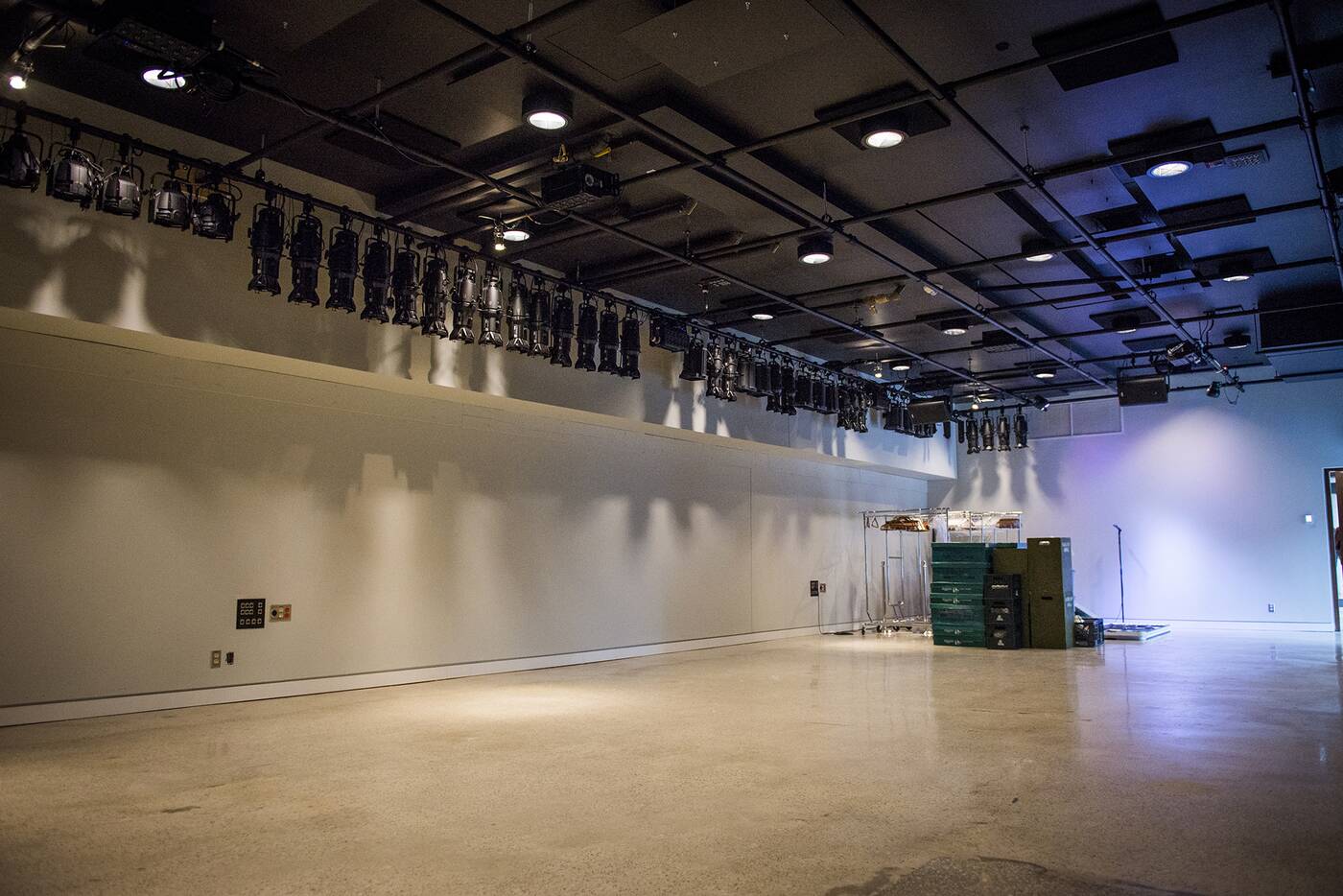 As Artistic Director for Crow’s Chris Abraham puts it, Streetcar Crowsnest is “at the crest of a wave” in terms of arts in Toronto. East end theatre buffs are bound to agree. 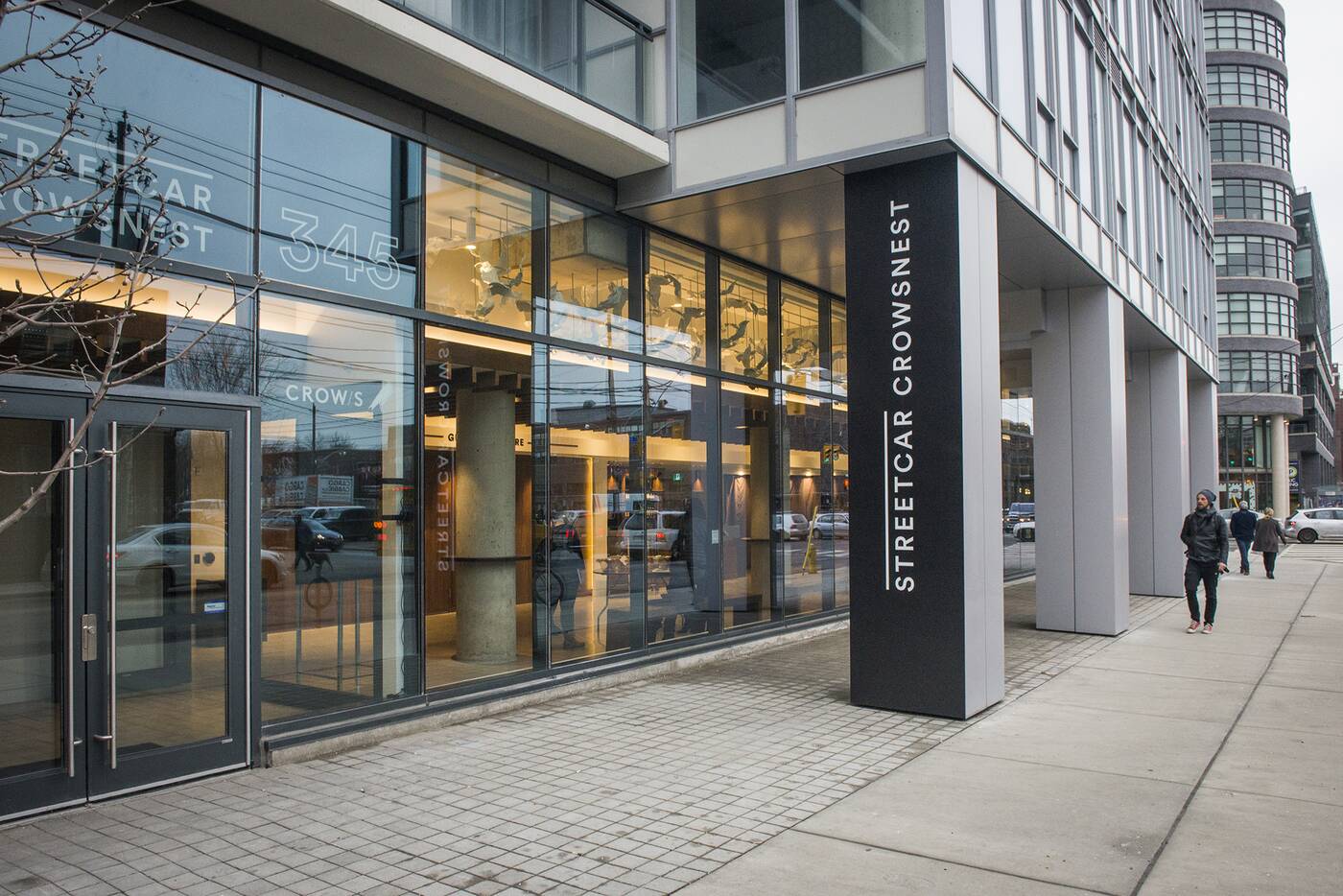