Toronto has never had a live theatre space quite like this

Although it used to be a place where energy was harnessed, the Hearn Generating Station is now a place where artistic energy is created. In collaboration with Charcoalblue, an international theatre and acoustics consultancy, Toronto architecture firm PARTISANS turned the decommissioned power plant into a space to celebrate the arts.

One of the biggest challenges - and successes - is the Hearn Theatre, a 1,200 seat custom-built venue currently showcasing the James Plays Trilogy during Luminato. 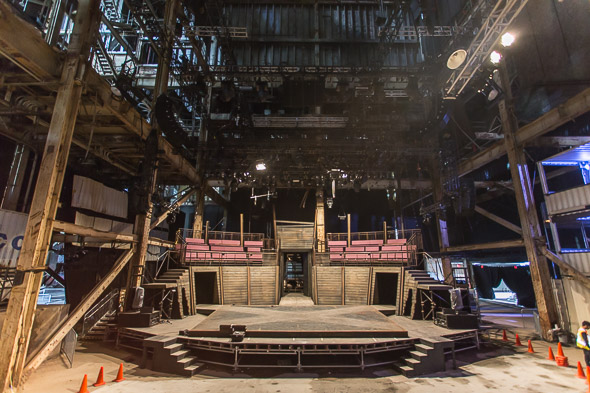 "In many ways, the Hearn theatre is an inside-out theatre, explains Alex Josephson, co-founder and one of three design principals at design and architecture studio, PARTISANS. "The existing architecture played a huge part in how it turned out." 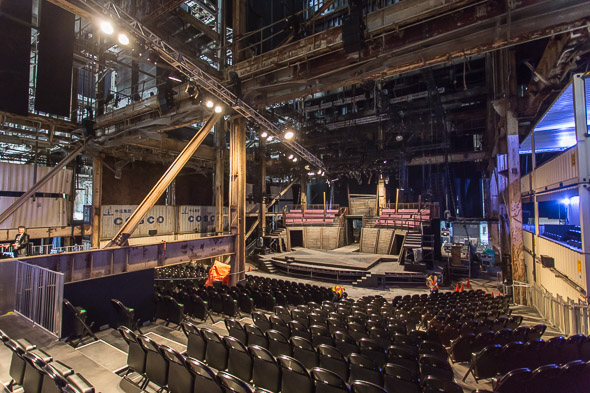 Normally, audiences sit outside a big proscenium arch that frames the stage," Josephson continues. "Here, we placed the stage and seating inside the giant rigging fly tower space, which is usually hidden. I think the Hearn offers everyone the opportunity to appreciate the innards and internal workings of a theatre in all of its component features." 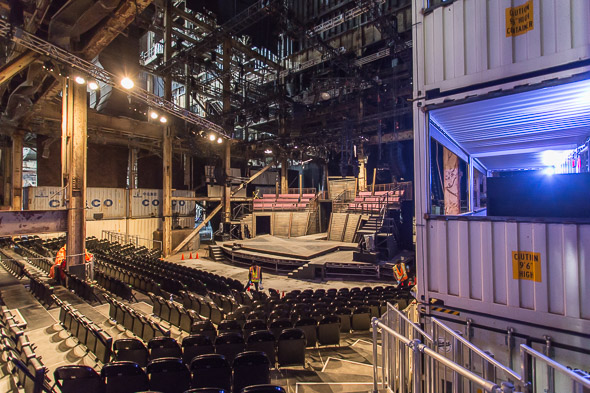 Along with PARTISANS' other two principals, Pooya Baktash and Jonathan Friedman, Josephson worked with Charcoalblue to get the theatre built in just three weeks. "It then had to come down even faster. Its parts were all going to be delivered in shipping containers, so that spurred us to think about aesthetic possibilities from a practical perspective," Josephson explains.

"The containers were readily available and have an industrial look that compliments the space, so they became the chief design element for the entire Hearn." 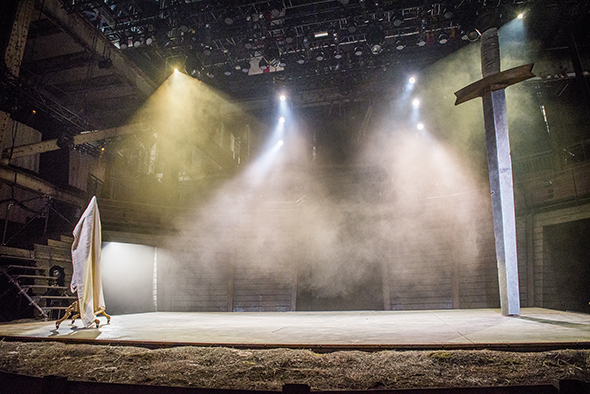 I had the opportunity to check out the theatre during a performance of James I: The Key Will Keep the Lock. As Josephson mentioned, the theatre has a very industrial aesthetic, with soaring ceilings and lots of metal. 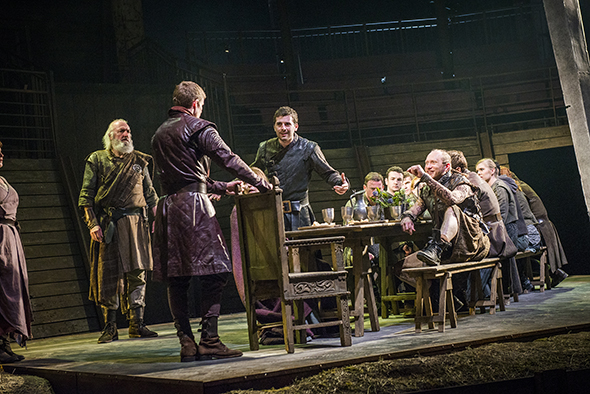 The walls are made of corrugated steel and the box seats along the sides are made from the shipping containers. The lighting is very soft with pot lights in the box seats, adding to the lonely, stripped-down feel. With raked seating and a long stage, the load-bearing columns don't obstruct any views or take away from the performance. 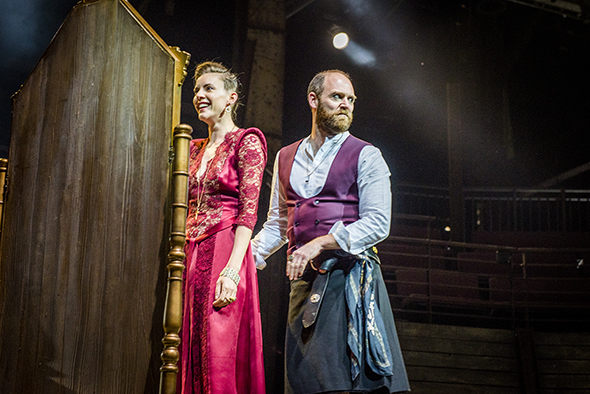 Though the theatre's factory-esque vibe is enough to distinguish it from a run-of-the-mill playhouse, the highlight of the space is the on-stage seating. The theatre is constructed in such a way that allows for a few rows of seating to be above and behind the stage, looking down on the action.

The James production took full advantage of this, with actors creating a 360 degree stage picture and playing heavily in the space between and around the on-stage audience members. It made for an intriguing and immersive experience that took the play to another level. 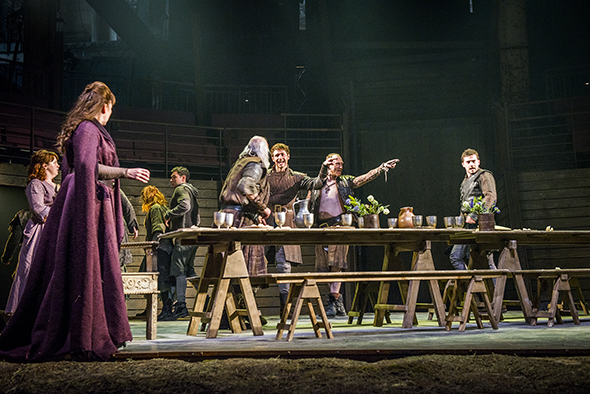 Where a traditional theatre play happens in front of you, the Hearn Theatre makes it possible for the play happen all around you and to you. Judging from audience members reactions, I'd say this added element was a hit.

"The venue, the performers, and the audience members have an opportunity to intermingle in unconventional ways. The Hearn is a jaw-dropping spectacle - an architectural performance in its own right that's impossible to ignore. But it also becomes like a companion, witnessing the performances and installations with you." 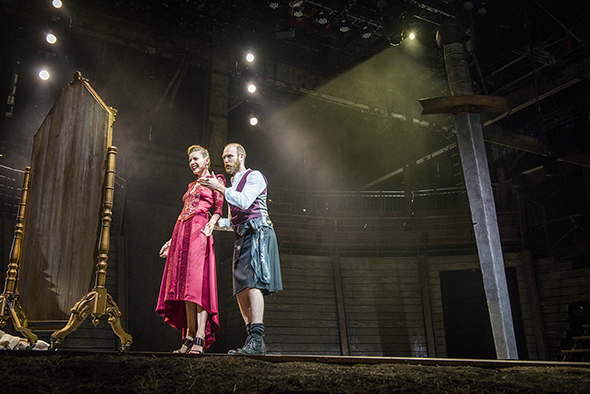 The theatre is temporary at present, but those behind Luminato and the transformation of the Hearn hope to show off the vast potential of this former industrial space as a long term arts hub. A permanent theatre like this would be a major boon for Toronto.