Pride Month kicks off with a huge party at the AGO

Toronto's hosting its first ever Pride Month, and naturally, we needed to celebrate it. After Mayor John Tory helped raise the Pride and Trans flags at City Hall on Tuesday, May 31, the AGO held Queer Insurgents, a First Thursday event that served as the Pride Month launch party. 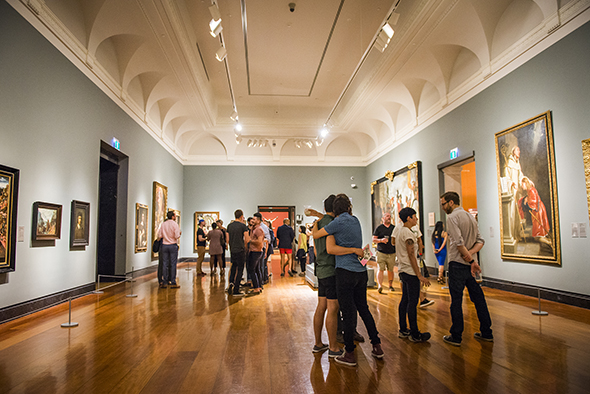 Curated by Toronto-based artist and filmmaker Bruce LaBruce, this First Thursday not only let party-goers wander through the museum (drink-in-hand, of course), but we also got to see special live performances. 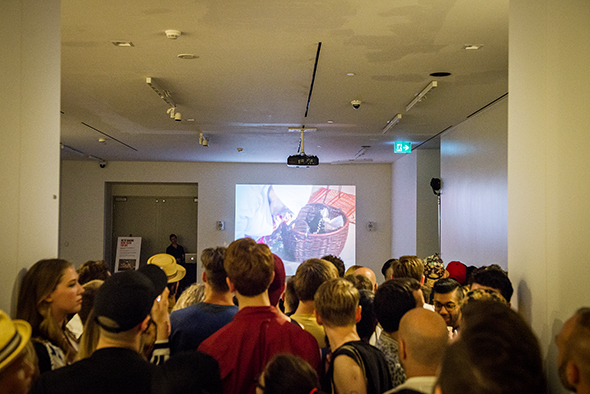 New York City-based artist Narcissister had hordes of people crowded into a second floor gallery for her two shows. While I started off behind a wall of giants, I eventually snuck my way to a good perching spot where I could watch the masked, enigmatic artist. She integrated both video and live performance into her piece, which played with issues related to race, gender norms and sexuality.

Upstairs on the third floor, No Bra (or Susanne Oberbeck) played her set in a darkened room. With just a computer on stage, she spit out her deadpan vocals as we sat cross-legged on the floor. 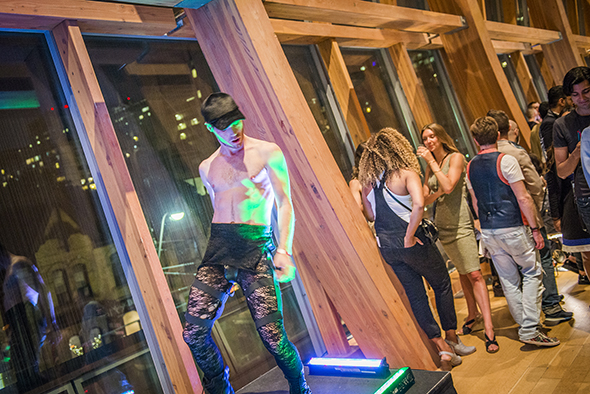 Elsewhere, many participated in life-drawing tutorials and took in an artist talk from the locally based Scott Treleaven. 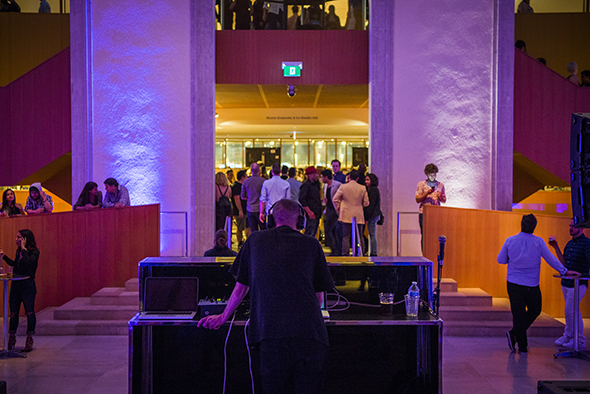 Once all of the programming wrapped up, I made my way to Walker Court where DJ Kevin Hegge kept the party going until New York's Gio Black Peter took the stage at 10 p.m. 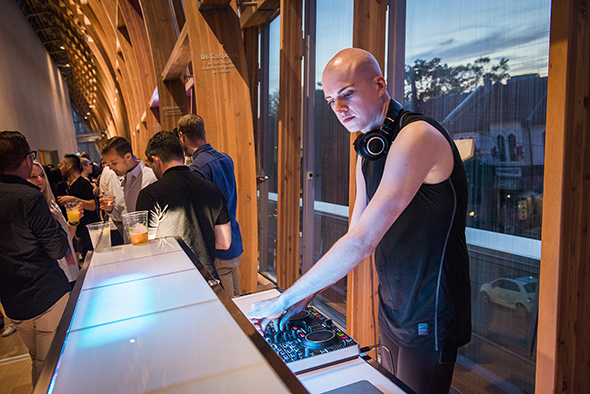 Multiple bars and food stations kept everyone afloat as the night ended with a massive dance party. 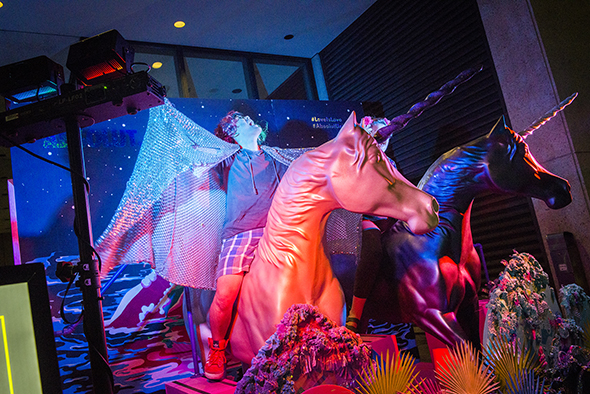 Outside, passersby could also participate in the fun thanks to the giant, unicorn-filled photo booth stationed at the corner of Dundas and McCaul. It was all part of Pride Toronto's inclusive manifesto for 2016: You can sit with us. 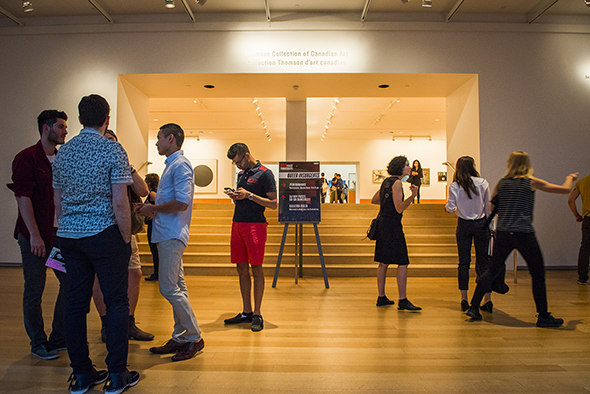