This Toronto peep show was a perfect peek at opera

Opera Peep Show, an innovative pay-as-you-go method of enjoying the opera, stole hearts and hit high notes this past week at the historic Campbell House Museum. It was brought to Toronto by Liederwolfe, an experimental opera collective from Montreal. 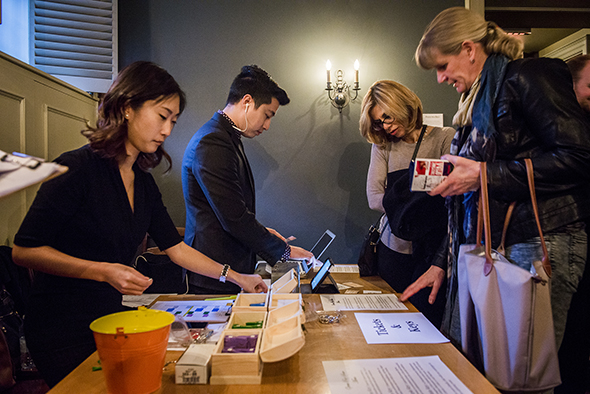 The Opera Peep Show was set up like a real peep show, but with less voyeurism and slightly more culture. After entering Campbell House and purchasing tickets ($20), guests were given a drink ticket, a golden key, and instructed to make their way downstairs. 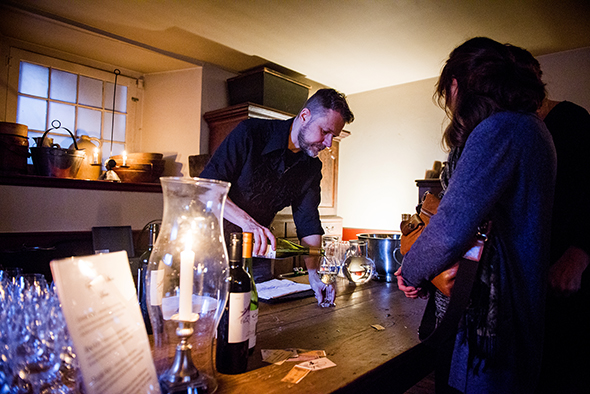 In the basement, there was a bar on one side with wine, beer and light snacks, and a lounge on the other. In the lounge, patrons trade in their golden key for a coloured key (white, purple, blue or green) to one of the four rooms upstairs where the opera was happening.

A concierge was on hand to help decide which room was best suited for you depending on whether you are were opera fanatic (most of the people there) or an opera newbie. One room was included in the ticket price, and additional rooms could be purchased for $15 (or all rooms for $30). 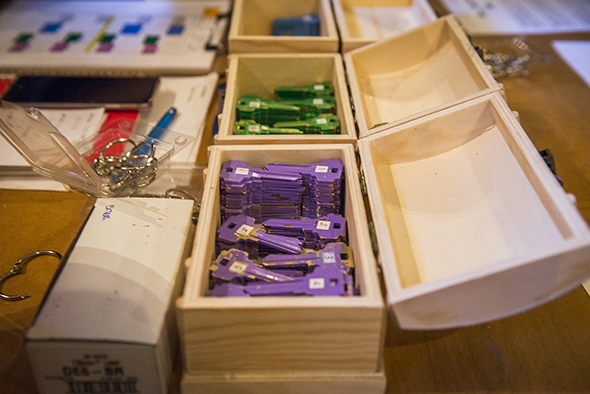 After choosing the room(s) you wanted to visit, the coloured keys were loaded on a keyring. Guests waited in the lounge until the next performance and when the time came, a concierge gathered guests, took their keys, and brought them to the specified room for the 15-20 minutes show. 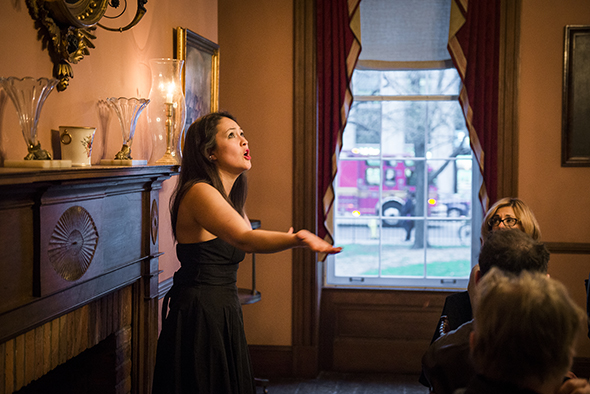 Each of the four rooms was presented by a different opera company and had a unique style of performance. The green key opened the door to Essential Opera, serving up classic and contemporary favourites. 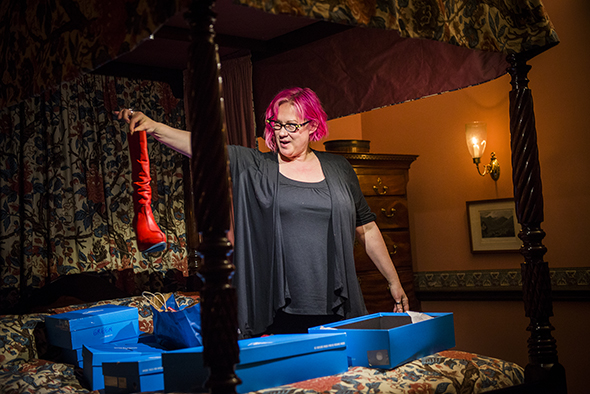 The blue key, on the other hand, was for Urbanvessel, who presented an interactive installation that involved audience participation. 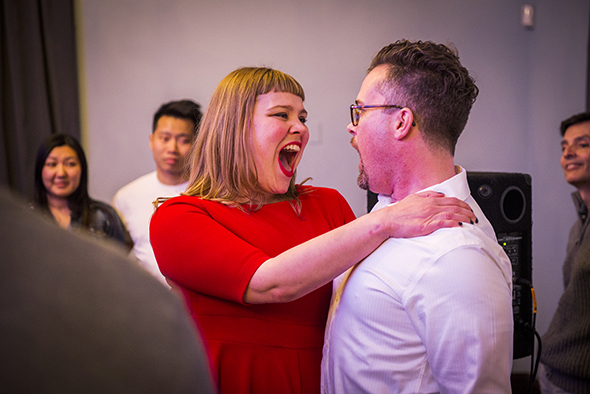 The purple key granted entrance to see Liederwolfe perform a few different opera favourites, and the white key was for re:Naissance, who performed Shakespeare re:Imagined, dramatic scenes from Shakespeare set to lute music. 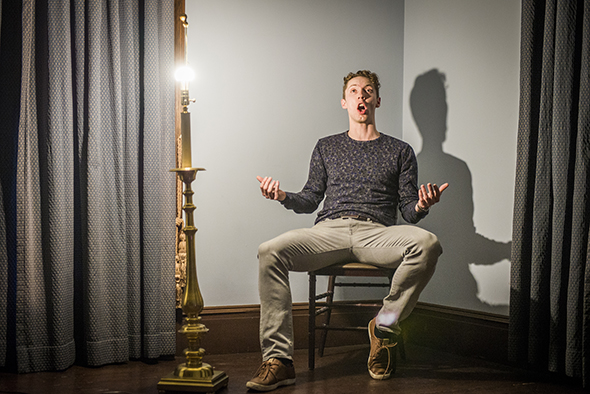 While each room was great, there were two absolute standouts. The first was Lonely House from the opera Street Scene, performed by tenor Joshua Wales from Liederwolfe, who was so fantastic and moving that audience members broke into applause in the middle of Liederwolfe's set. 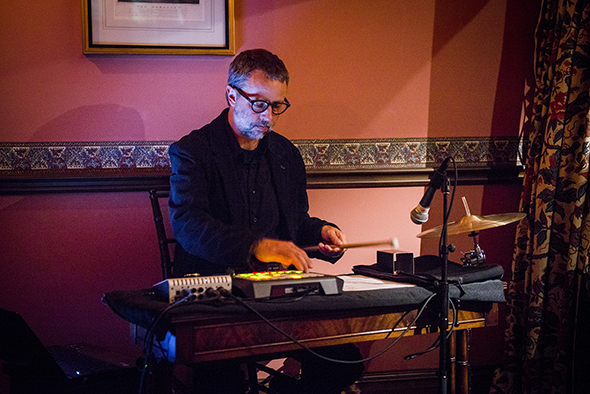 The second highlight was the entire blue room's performance, an interactive Carrie Bradshaw-esque tribute to boots, performed by Christine Duncan and Jean Martin on percussion from Urbanvessel. 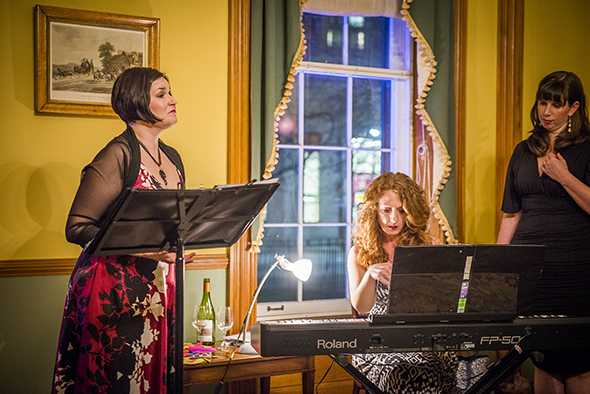 As someone whose only experience with opera has been when the word is preceded by "soap" (and even then, only in reference to the relationship between Dr. Phil and Lindsay Lohan), this was a really cool way to be introduced to an art form that can come across as daunting and elitist. 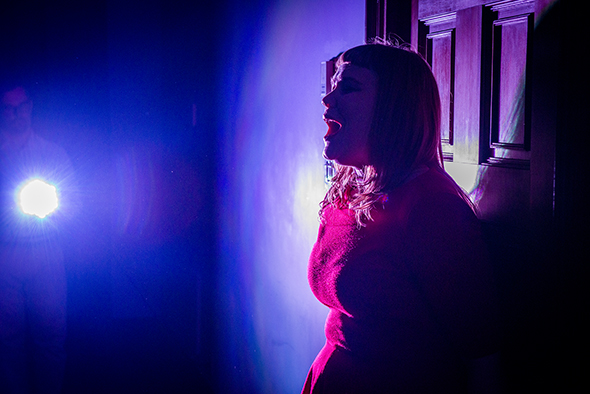 The short pieces were perfect to get just a taste of what each company was like, and provided enough variety that I was never bored, even when the performances were in other languages.

For me, the most successful aspect of the evening was the ability for audience members to become active participants in the opera. 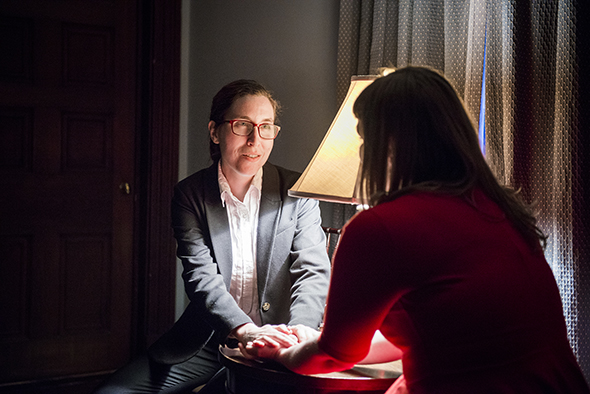 Rather than have patrons come in, sit down and simply view a production, the act of choosing which rooms to visit, the order in which to visit them, and then the participatory features of each room took opera from something that you watch happen to something that happens to you.

It made the music feel very accessible, very personal, and much more fun than I expected. 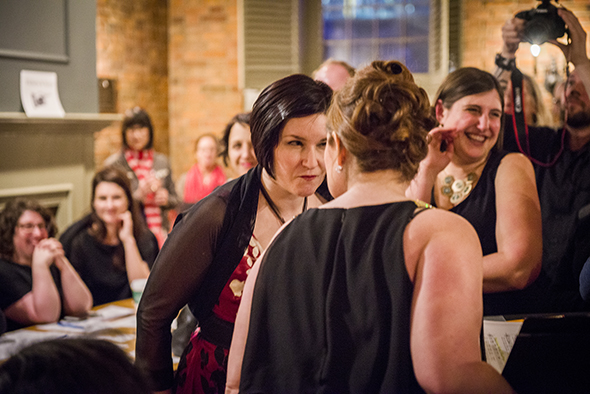 As I left, I found myself deleting the critically acclaimed Crazy Town album, The Gift of Game, to make room for Street Scene (Original London Cast Complete Recording). The Opera Peep Show worked the way all peep shows do - it got me hooked and I wanted more. 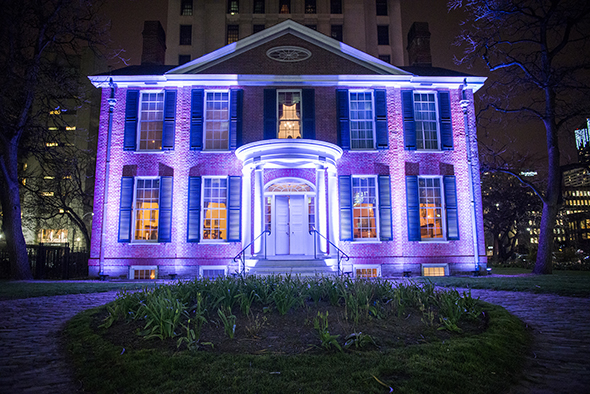