That time when Spiderman visited Toronto

The Toronto Blue Jays may be hometown heroes here in Toronto, but they're not the only super people to step foot in the SkyDome, or Rogers Centre, or whatever you're choosing to call it these days.

That's right, Spiderman himself showed up to our world-famous stadium back in the May 1, 1991 issue of Marvel's The Amazing Spiderman.

This 25-year-old comic - written by the late Dwayne McDuffie - resurfaced on Reddit thanks to Robert_Danger after it appeared on a site called Scans_Daily back in 2009. 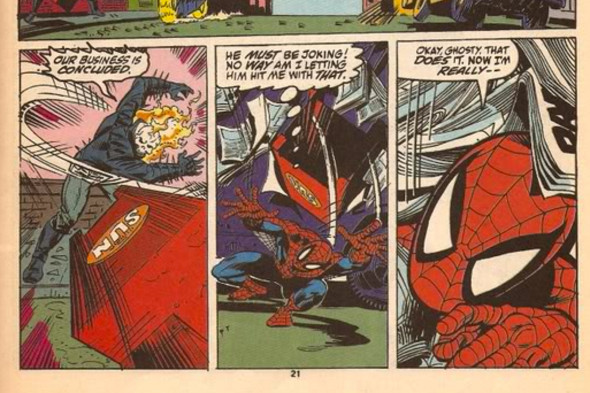 A user with the handle parsimonia.insanejournal.com uploaded photos from the Toronto-focused issue, which features some awesome-looking panels, including one where Ghost Rider hits Spiderman with a Toronto Sun newspaper box. 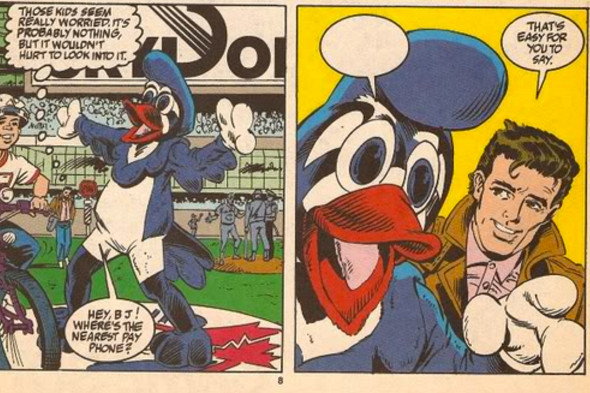 BJ Birdy also makes an appearance (because of course he does), and just seeing him will surely make you feel nostalgic for when he was the Jays' mascot - no offence Ace.

Have you ever seen the Toronto issue of The Amazing Spiderman? Let us know in the comments.