On Tuesday evening, U of T's Hart House was transformed into Hogwarts for one epic night of Harry Potter celebration. A group of George Brown College students in the Special Events Planning program were tasked with executing a fundraiser and Platform 9 3/4 was their way of guaranteeing success in the Triwizard Tournament (an A, in mugglespeak). 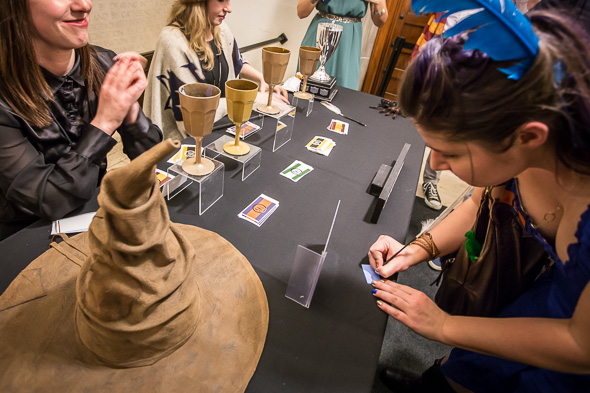 By the time I arrived, the queue for Platform 9 3/4 was already out the door. Potterheads were invited to check their cloaks and take the Sorting Hat quiz before entering the Great Hall. 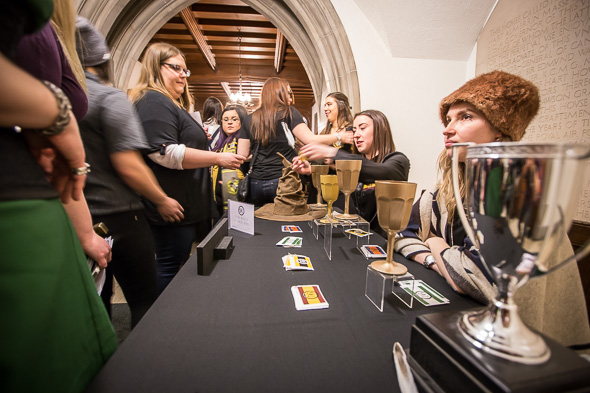 I took the simplified quiz: If you're wise, choose Ravenclaw; if you're cunning, you're Slytherin; if you're brave, take Gryffindor; if you're kind-hearted, you're Hufflepuff. I misheard and nearly chose Slytherin, but realized that couldn't be right for a children's book (I ended up bearing the Gryffindor crest). 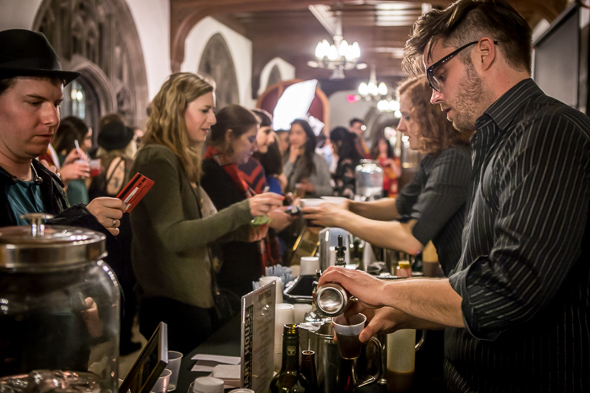 There was also a bar with themed cocktails just outside the main event. I chose a Faux Butterbeer ($5), made with butterscotch, apple cider, and ginger ale - deliciously sweet and exactly what I would imagine British children adore at the expense of dentists. 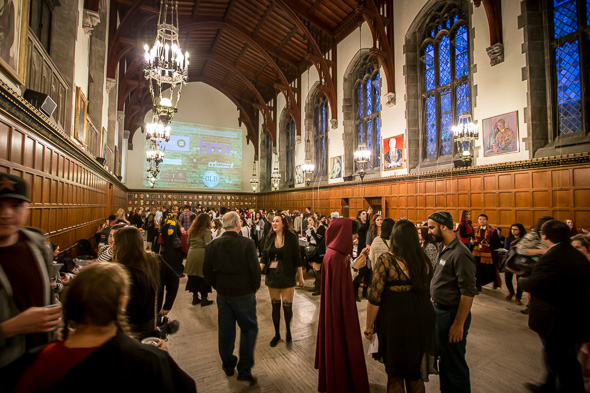 Inside the Great Hall, the students had performed a total Neville Longbottom, bringing the space from acceptable to amazing. 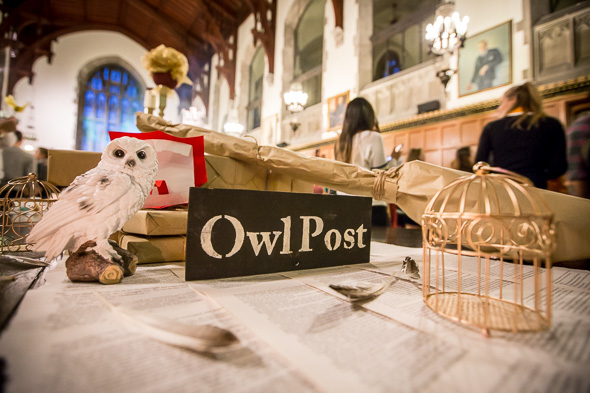 There was a gorgeous long table decorated with Harry Potter memorabilia and flags from each house, with more tables and owl decorations around the perimeter. 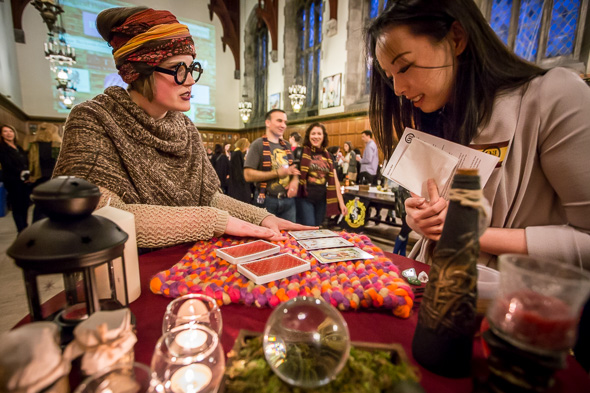 At the front of the room was a raffle and silent auction, and a tarot card reader and hypnotist provided added entertainment at the other end. 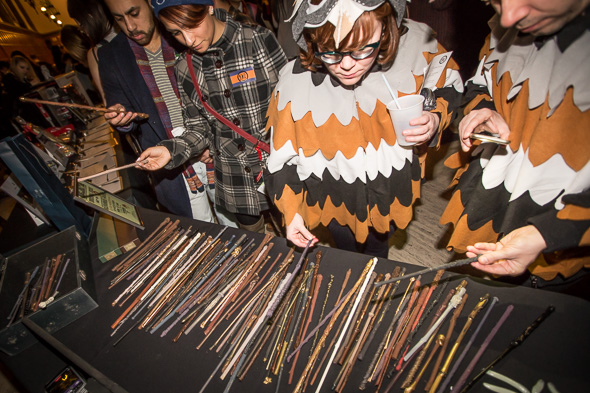 The hall was absolutely packed with Potterheads, many of them cosplaying as characters. I saw lots of Harrys, a few owls, and of course the Hermiones. 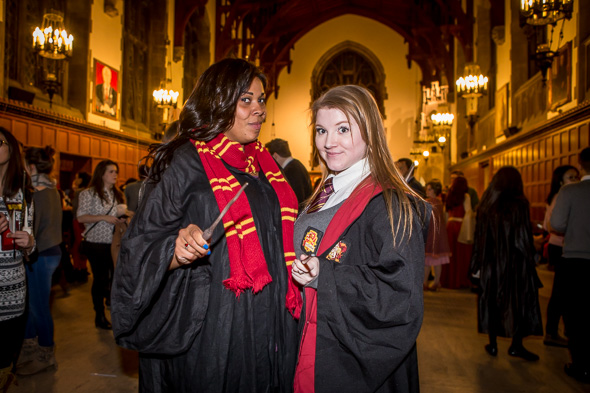 There were some regular Hermiones (inquisitive students), sexy Hermiones (sassy schoolgirls) and one punk Hermione (fish-netted scholar). I chose to cosplay as a pre-fame J.K Rowling (just a poor writer). 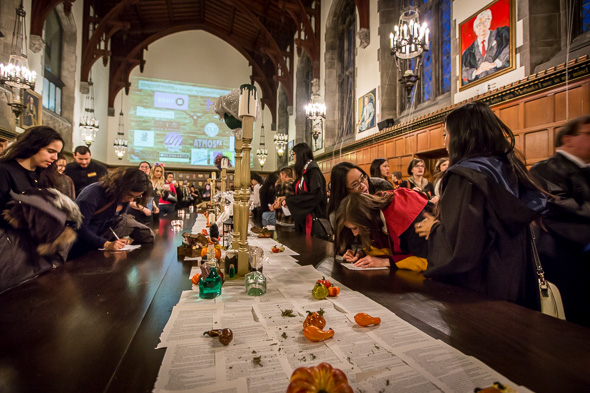 The party had an exciting energy as guests sampled the passed appetizers and collaborated on themed scavenger hunts worthy of Potter and co. 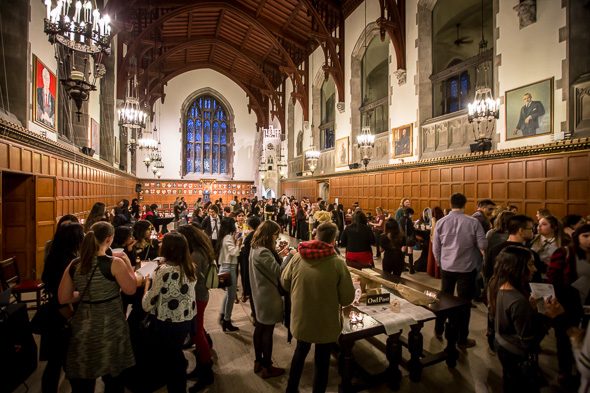 With such a fun, immersive environment, it's the kind of exciting party you wish happened as often as J.K. Rowling slays it on Twitter. Until then, I'll get my Potter fix at The Lockhart. 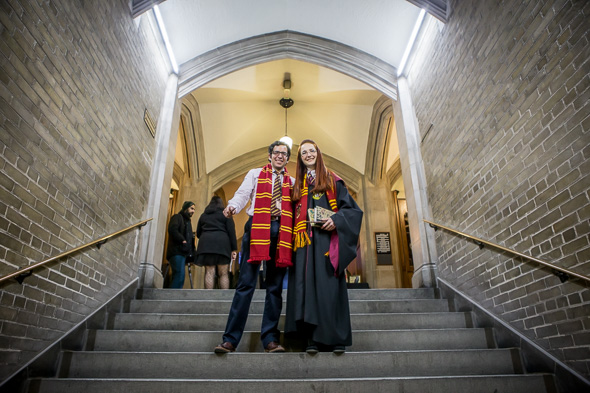