Pretty much everything will be different when the MOCCA opens at its new home on Sterling Rd. in roughly a year's time, including its name. The rebrand was announced at press conference this morning attended by Mayor John Tory and a host of important players in the Toronto arts community.

What used to be called MOCCA will now go by the Museum of Contemporary Art Toronto_Canada, or "The Museum" for short. It's not a major alteration, but it does signal that the well established Toronto art institution is rethinking its identity ahead of the move to the Junction Triangle (or Lower Junction as some of the Museum's press materials would have it).

The new Museum is much bigger than originally thought, and the new vision is as ambitious as the plans for its new home, which will cover five floors of the Tower Automotive Building. That's 55,000 square feet, more than double the anticipated size of the new art space.

It doesn't end there, though. In addition to its occupation of the historical building, by 2020 the Museum will acquire 75,000 square feet in a new development on the same site. The modern space will include exhibition space, research space, workshop and meeting rooms, as well as studio space for artists in residence. 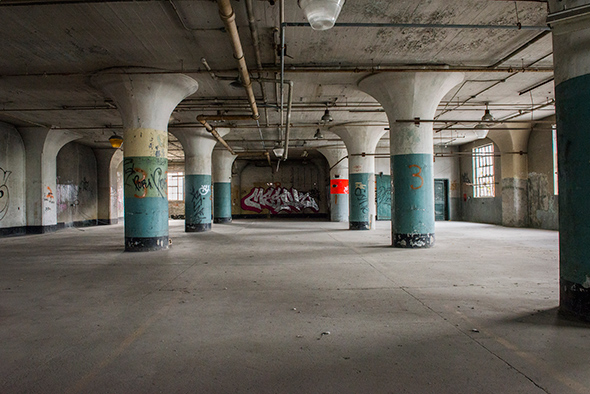 In short, the Museum of Contemporary Art has designs on being an internationally recognized art institution -- one that's known as much for the way that it operates as the shows that it hosts. A new digital archive is in the works, there's talk of keeping the Museum open as late as midnight, and visitors will be henceforth considered "activators."

CEO Chantal Pontbriand's new vision for MOCA (see, you can still kinda say it the same way) is as both an agora and a nexus, terms that respectively suggest spaces where democracy is worked out and ideas are exchanged. Live performance will be a major component of this, but so too will the very notion that the Museum will be much more than an exhibition space.

Phase one, which is due to open in what is now being referred to as the Auto BLDG on May 2nd, 2017 will feature a bookstore, cafe and open auditorium as well as a patio space to overlook a new urban plaza that's being built as part of the redevelopment of the current site. This is to be a place of gathering and networking that goes beyond what's hung on the walls. 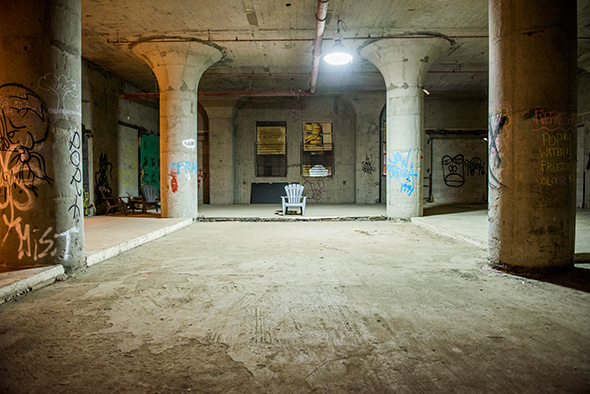 The second and third floors will function as more traditional exhibition spaces, though there will now be a vault where the Museum's growing collection can be stored on site. The fourth floor is known as "the Squat" and will be part library, part lounge. Again, the idea is to bring bodies together and foster the exchange of ideas.

Both the fourth and fifth floors feature glorious views of the city, which befits their role as work and discussion spaces. There's also a rehearsal room on the top level in addition to office space for staff. These two floors won't draw tourists, but they will help to ensure that MOCA serves as a full time arts hub.

Tourists will, however, be quite important. With all this extra space and an ambitious new vision, the Museum of Contemporary Art will need to dramatically increase the numbers of visitors it attracts. Where the Queen St. location of MOCCA drew 40,000 a year, the goal is to bring in 400,000 annually by 2020.

By that time, the southern tip of the Junction Triangle might just be the most exciting neighbourhood in Toronto.