Like a We Day for adults, Toronto's first ever MUSE event aimed to inspire those working in arts, science and technology-related fields.

I'm using the We Day reference because Klick Inc., the digital marketing company that ran last night's modern-day salon, is a big supporter of the locally-grown philanthropic organization. Me to We's chief operations director Russ McLeod even gave a TED-talk style speech.

"I'm your representative old person," said Atwood as she capped off the first act. Along with talking about her creative process, she announced her upcoming graphic novel "Angel Catbird," a collaboration with artist Johnnie Christmas. 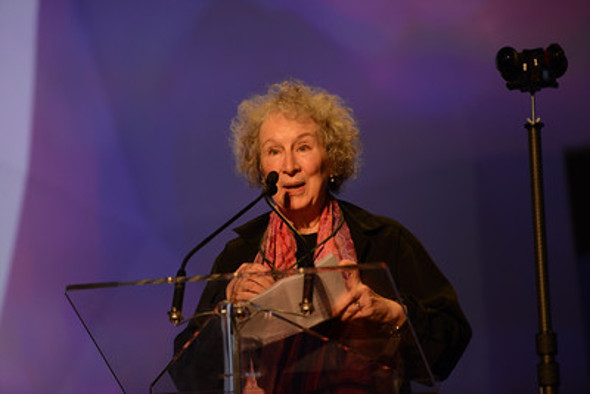 Cronenberg opened act two and succinctly discussed his perspective on the intersection between technology and philosophy.

Peppered between the 10 minute talks were a myriad of performers like the aforementioned Anantawan, who dedicated Debussy's Clair de Lune to the victims of the recent Paris attacks.

Klick has already held MUSE in cities like Boston, New York and Chicago, but for its homecoming, it hosted its biggest event yet with more than 1,000 attendees. 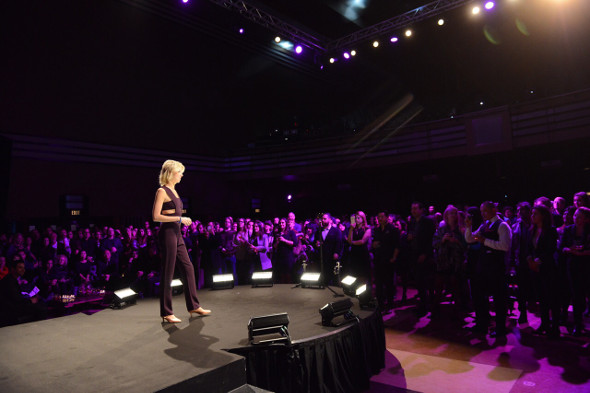 Young, creative types snacked on finger foods from in-house caterer Oliver & Bonacini and sipped on pomegranate cocktails from the open bar. Maybe that's why no one seemed to mind standing for the entire two-act show.

The Carlu Concert Hall was outfitted with plush-looking couches and wing-back chairs to fit with the salon theme. Though, there wasn't enough seating for all. The entire balcony was open, albeit nearly empty.

With an impressive light show and graphics, the event was perhaps more spectacle than intimate salon, though I did indeed leave MUSE feeling a little extra inspired.