"Peeps is a modern affairs magazine that translates the research of academics and professionals into narrative stories that explore social and cultural phenomena happening around the world," says co-editor Aliah El-houni via email. On Twitter, Peeps sums itself up as "anthropology for non-anthropologists."

In the first issue, called Modern Protagonist, stories look at the social and cultural implications of technology. And, the website lists a myriad of contributors, including professors and researchers from the University of Toronto. 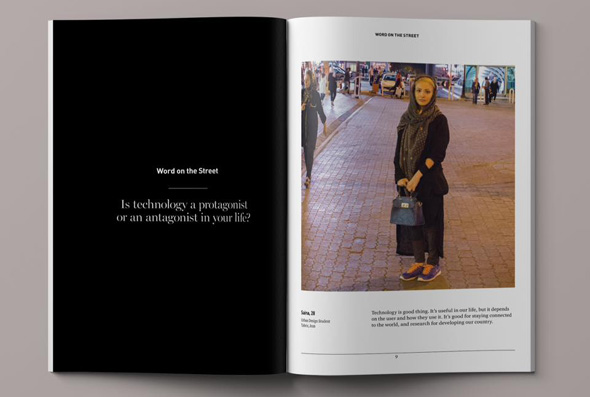 El-houni says the magazine draws visual inspiration from National Geographic and notes it takes a cue from the Economist in terms of its "focus on 'expert' research and perspectives."

Peeps, clocking in at 144 pages, is currently available at TYPE Books and online for $22.