The best and worst of Nuit Blanche 2015

After a decade of Nuit Blanche events, Toronto festival-goers know to expect long lines, chilly weather and hordes of drunken youths. This year was no different, with many revellers complaining of high winds, especially by the waterfront. Though, none of that stopped thousands upon thousands of revellers from taking to the streets on Saturday night and into the wee hours of Sunday morning.

Here are our highlights and lowlights from Nuit Blanche 2015.

I've Got Sunshine on a Cloudy Day
Nuit Blanche installations often take heat for just being pretty lights without much meaning, but Catherine Chan's illuminated text of the popular song "My Girl" by the Temptations was playful and positive and, though the word can be patronizing, cute. Simple and fun aren't necessarily bad things, especially at Nuit Blanche. 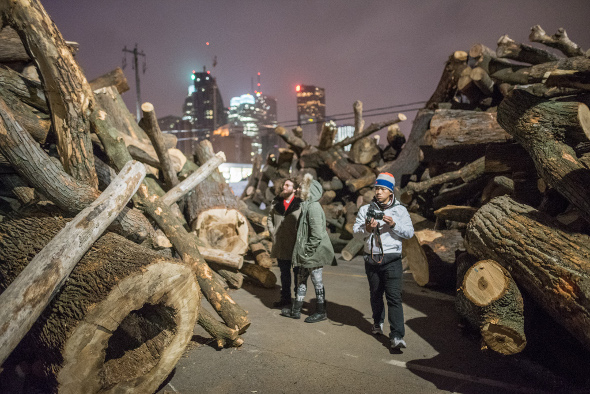 Beaufort 11: The Cleaving
Prior to Saturday night, the artist statement about this installation seemed rather vague. During Nuit Blanche however, this massive barricade, by London, U.K.'s Heather and Ivan Morison, came to life, overwhelming audiences with its sheer size and scale while also leaving plenty of space for interpretation. 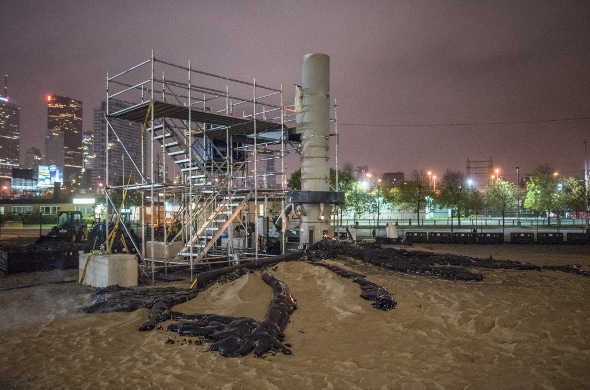 Shoes That Line The Lane
Hanging shoes are said to have numerous connotations, some apparently more ominous than others. But, this project by Canadian artists Cyril Williams turned shoes into a symbol of remembrance, forcing audiences to reflect upon what certain pairs of footwear mean to them. 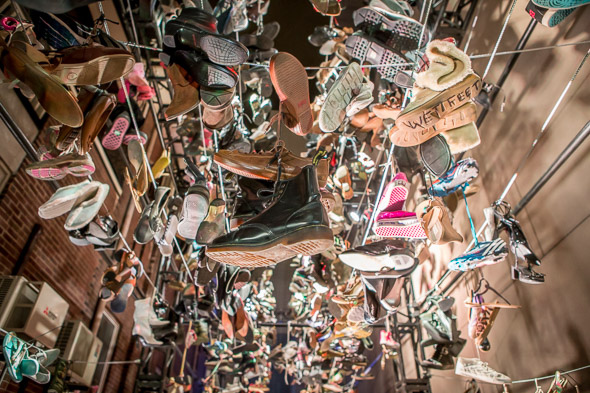 Zero Hour
This exhibition by Toronto-based art and architecture collective Public Studio gave those who braved the long lineup an immersive experience underneath a big white dome, which showed changing weather patterns and poetry by Etel Adnan. 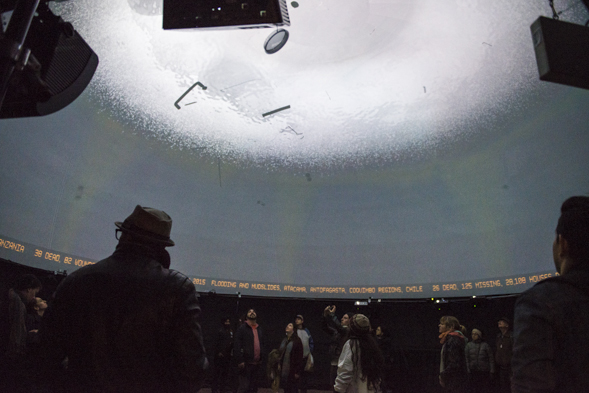 Independent Projects
Some of the most memorable projects at Nuit Blanche aren't the massive, linup-inducing installations. Rather, they're the smaller ones that pop up in storefronts, galleries and other unique locations. Artscape Youngplace, for instance, hosted multiple exhibitions both inside and outside its Shaw Street schoolhouse. 401 Richmond also stayed open all night, giving Torontonians the chance to warm-up and explore its multi-faceted space.

Wind
It's fitting that high winds plagued the zone that Christine Shaw curated around the Beaufort Scale: a wind measurement system, which Francis Beaufort created in 1805. If you managed to make it down to the waterfront during Nuit Blanche, you likely felt the Work of Wind, regardless of whether you experienced any of the installations stationed there. 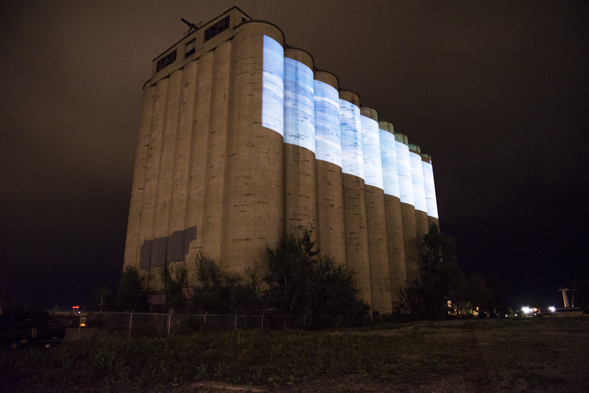 Lineups at Nathan Phillips Square
One of the most hyped projects of the night was JR's Inside Out, which has been traveling around the world since 2011. While the installation looked incredible on camera, it was difficult to get the full affect on foot. You also needed a lot of patience if you wanted to attempt to add your photo to the exhibition. 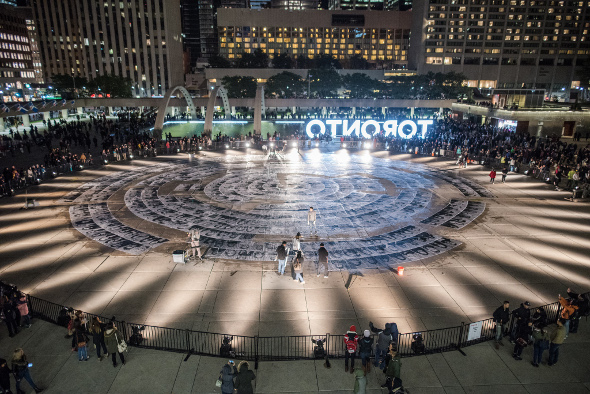 Yonge-Dundas Square
Thankfully, the city didn't put any projects near this busy intersection. But that didn't stop crowds from congregating there. After two gun calls and a stabbing, reports the Toronto Star, police tried to clear out the hordes of people who were congregating in the square. However, some individuals began throwing bottles and taunting officers.

Garbage
Those who ventured over to Sean Martindale's There Is No Away can attest to how much waste our city produces. Beyond this installation, garbage bins around the city seemed to be overflowing and many late-night restaurants also appeared to be trashed. 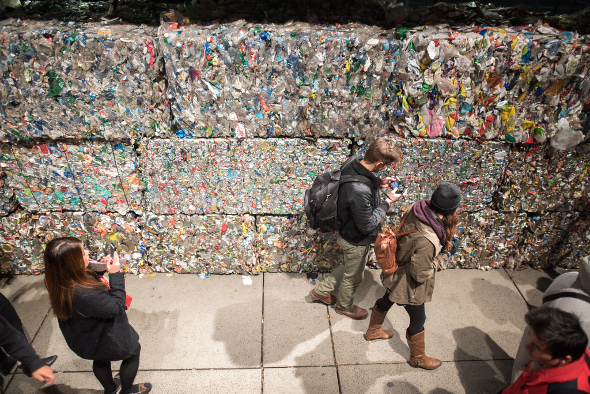 Getting Around
The TTC stayed open late on Nuit Blanche, but that didn't make it easy to get to venues well beyond the subway line. Often times, it was quicker to travel by foot rather than risk getting stuck in traffic on a streetcar. This year, three of the zones were relatively close together; getting to the waterfront, however, seemed daunting.

What are your best and worst picks from Nuit Blanche 2015? Let us know in the comments.